Why am I breathless? I’ve just rejoined the mile high club. The boys and I have spent the last week in Aspen, Colorado. It’s another whistle stop on the academic gravy train, where we get to frolic and explore while their dad tinkers with the origins of the universe in the company of other physicists. And we’re all doing it at a mile and a half above sea level, a rather dizzying prospect.

Maybe I’ve spent too long in scrufty old New England, but the scenery hereabouts is, frankly, dazzling. The immense sky, the shimmering aspen trees, the thoroughly rocky mountains – it’s enough to tenderize even the most hardened atheist. Gaze upon this and tell me you don’t see the hand of, if not a personified creator, at least Slartibartfast: 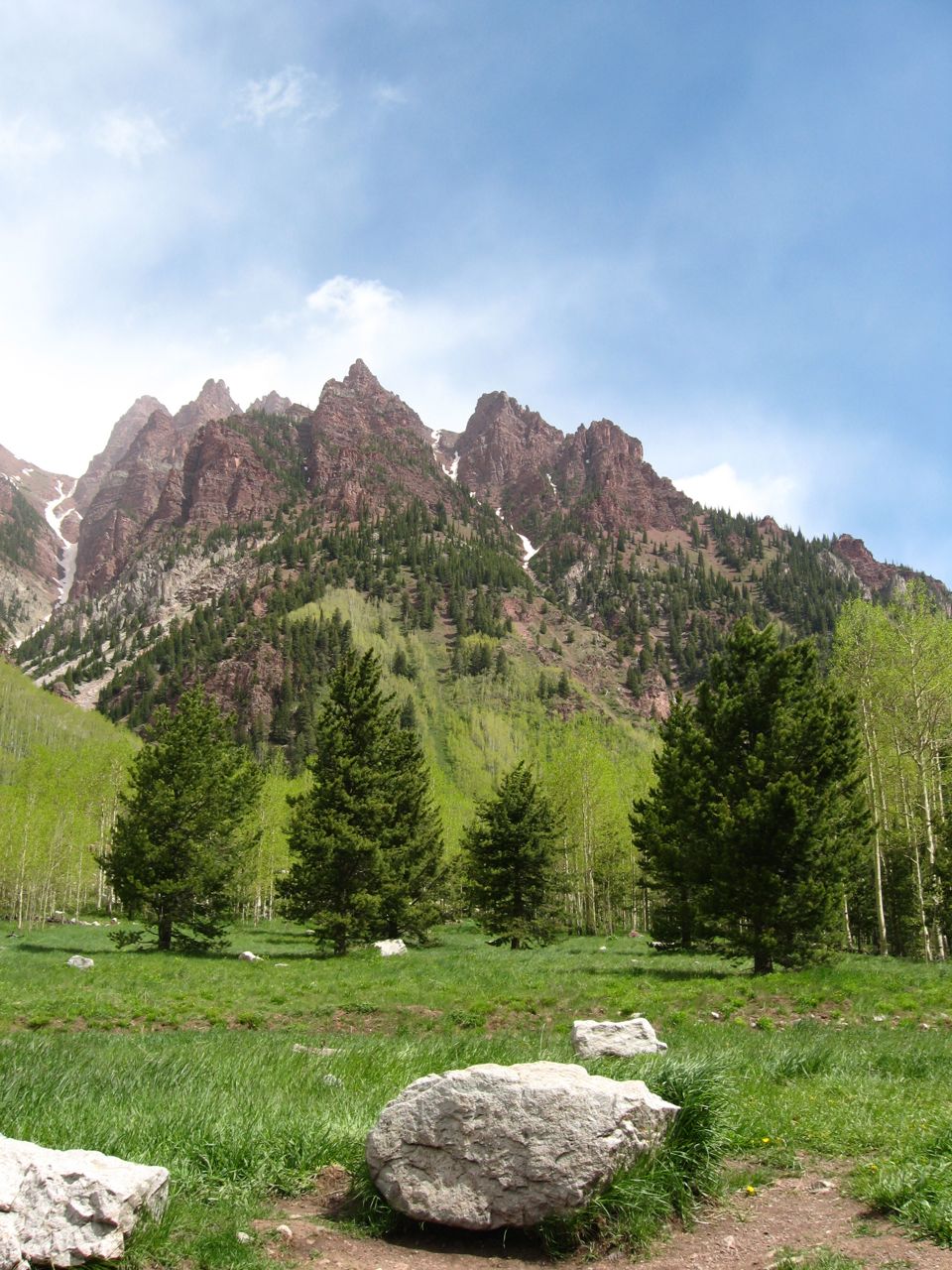 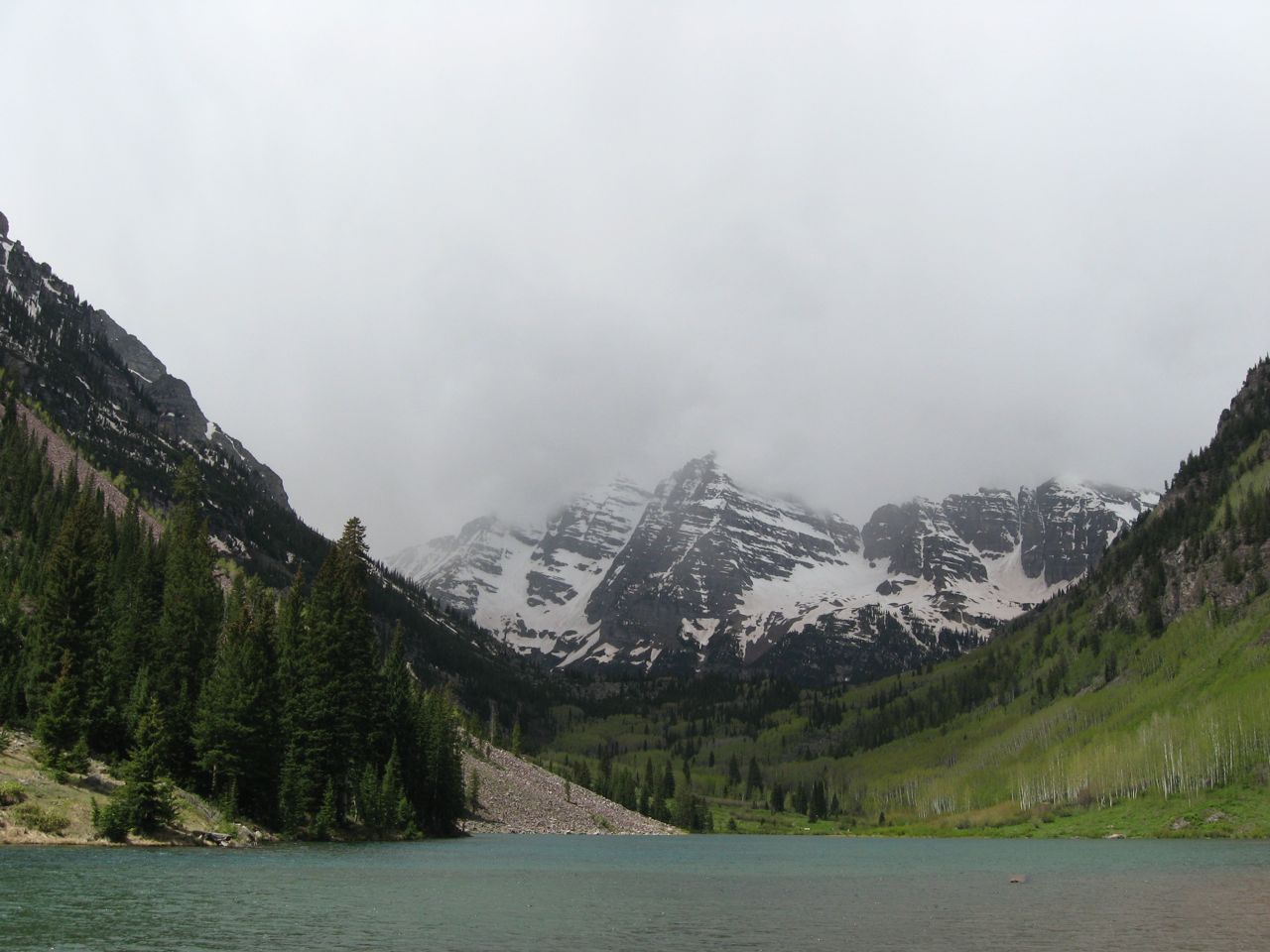 The town itself is a funny contradiction. A modest mountain village – you can picture Heidi herself trip-trapping down the hill with her tame goats – which has been transformed into a luxury resort. It started as a silver-mining town, and struggled on through boom and bust, until the ski business took off, thanks to the post-war efforts of veterans of the 10th Mountain Division (the James Bond-like troops on skis, who trained hereabouts during WWII).

Now there are Gucci and Prada stores on every other corner, and the kind of dubious art shops patronized by people with more money than taste. 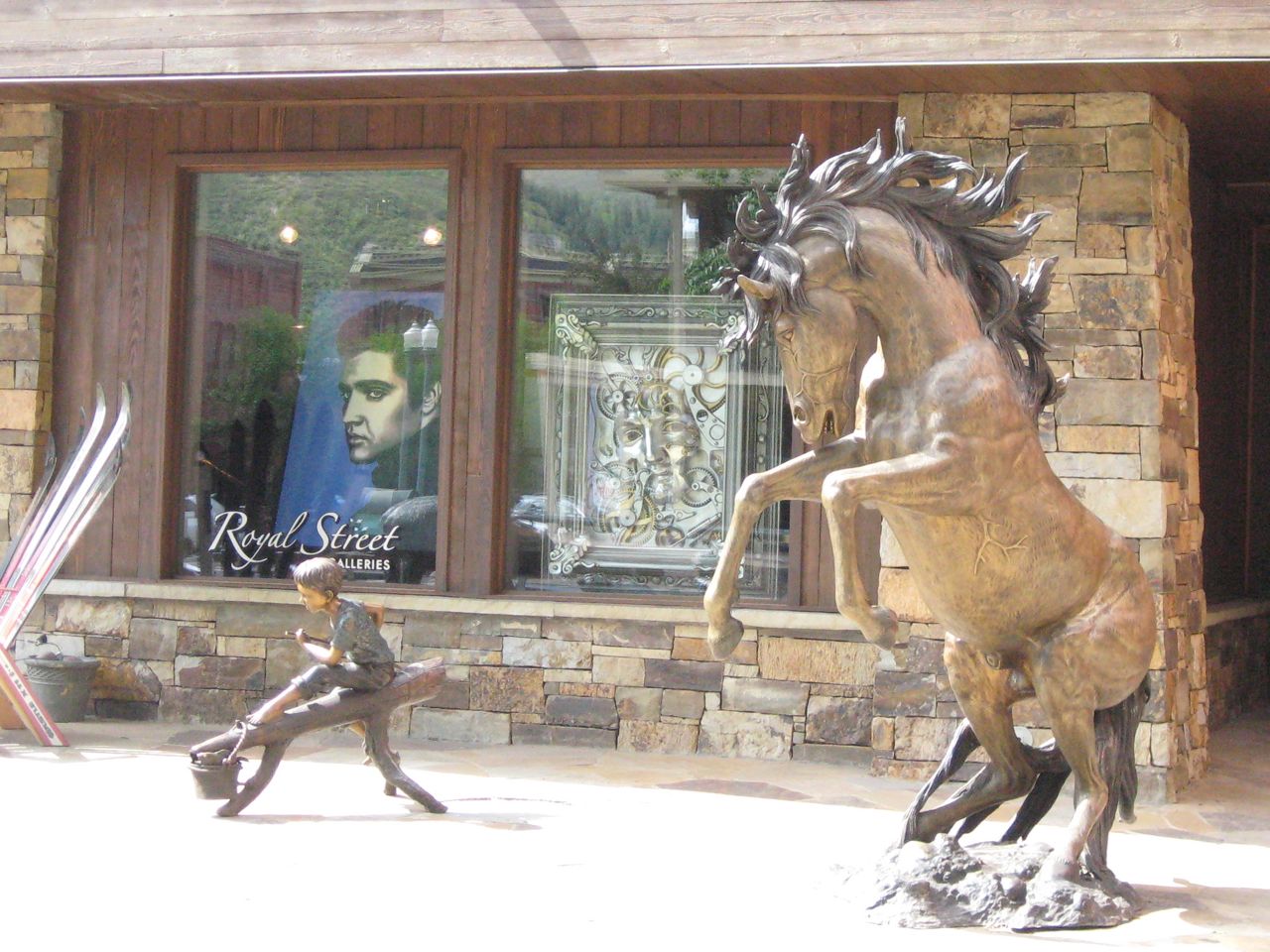 It’s as if Little Orphan Annie grew up to be Paris Hilton. Except not exactly. Because even though it’s awash in moolah, the place still has genuine charm and a fair percentage of long-time locals who are keepin’ it real. (Also: an amazing thrift store and consignment shops where you can pick up last year’s rich kids’ goodies for pennies.)

And who can object to deep-pocket town planning that comes up with swank playgrounds like this: 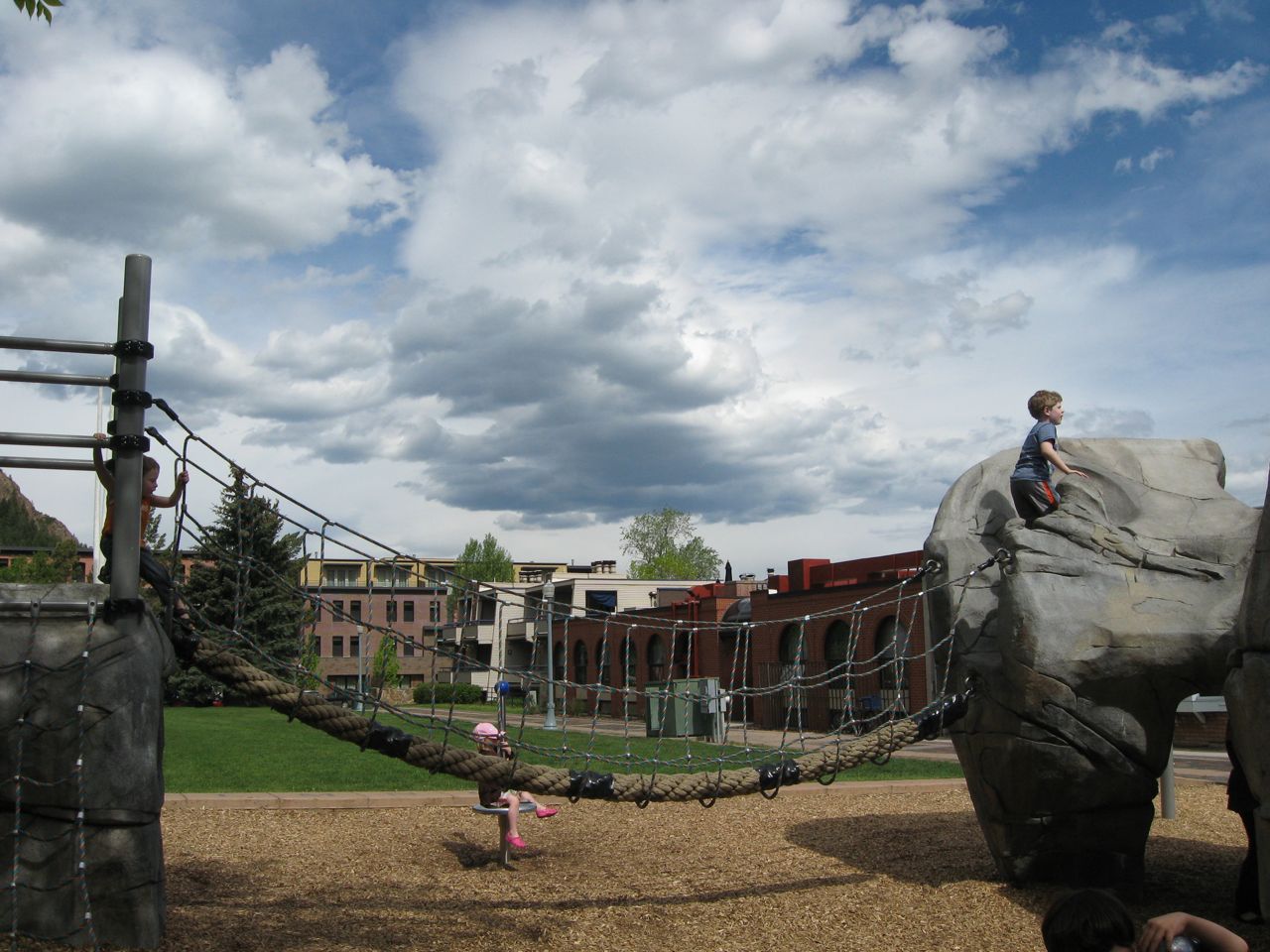 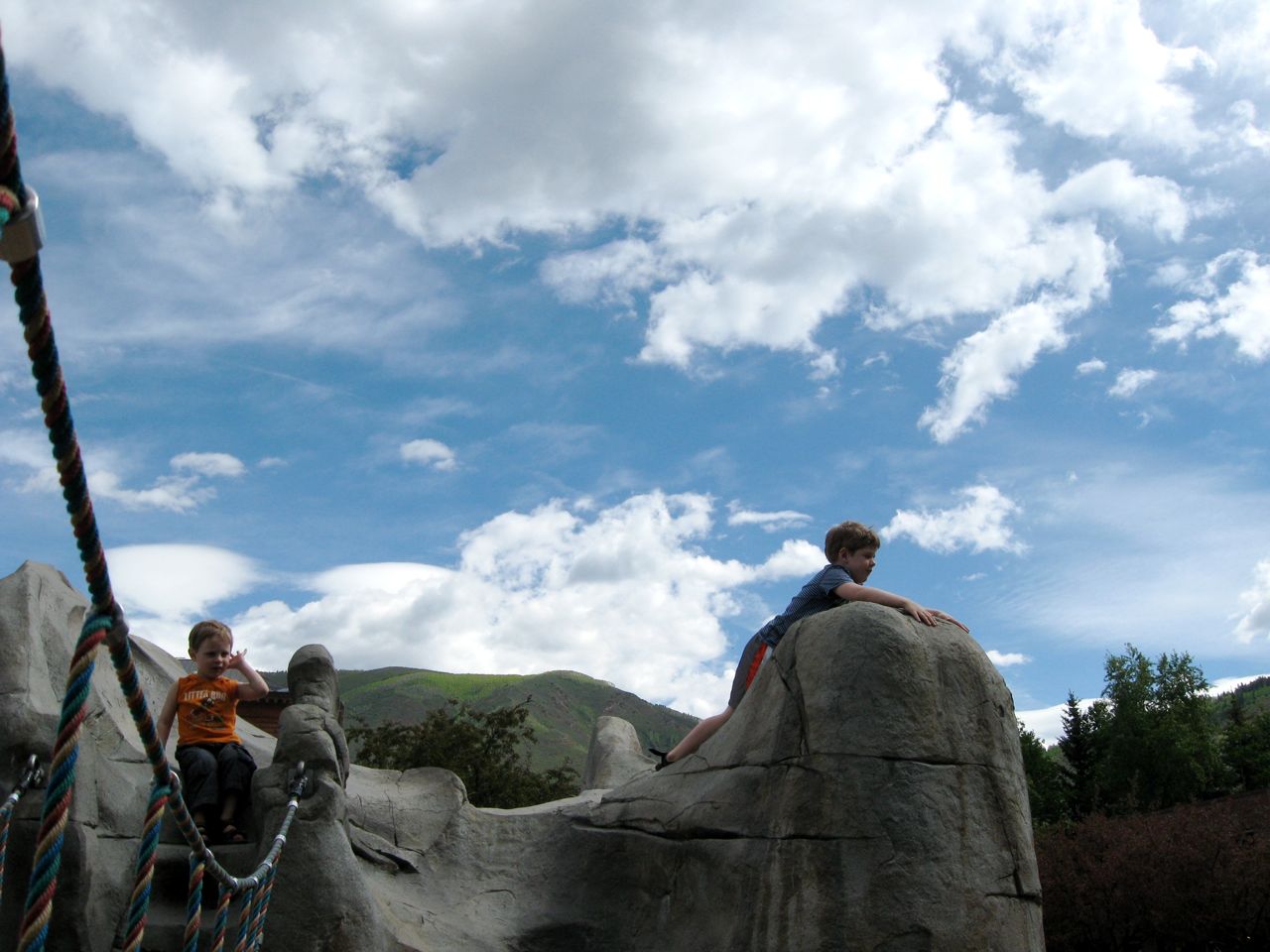 Or cobbled downtown streets, where a (tiny) river runs through it, to the delight of small children: 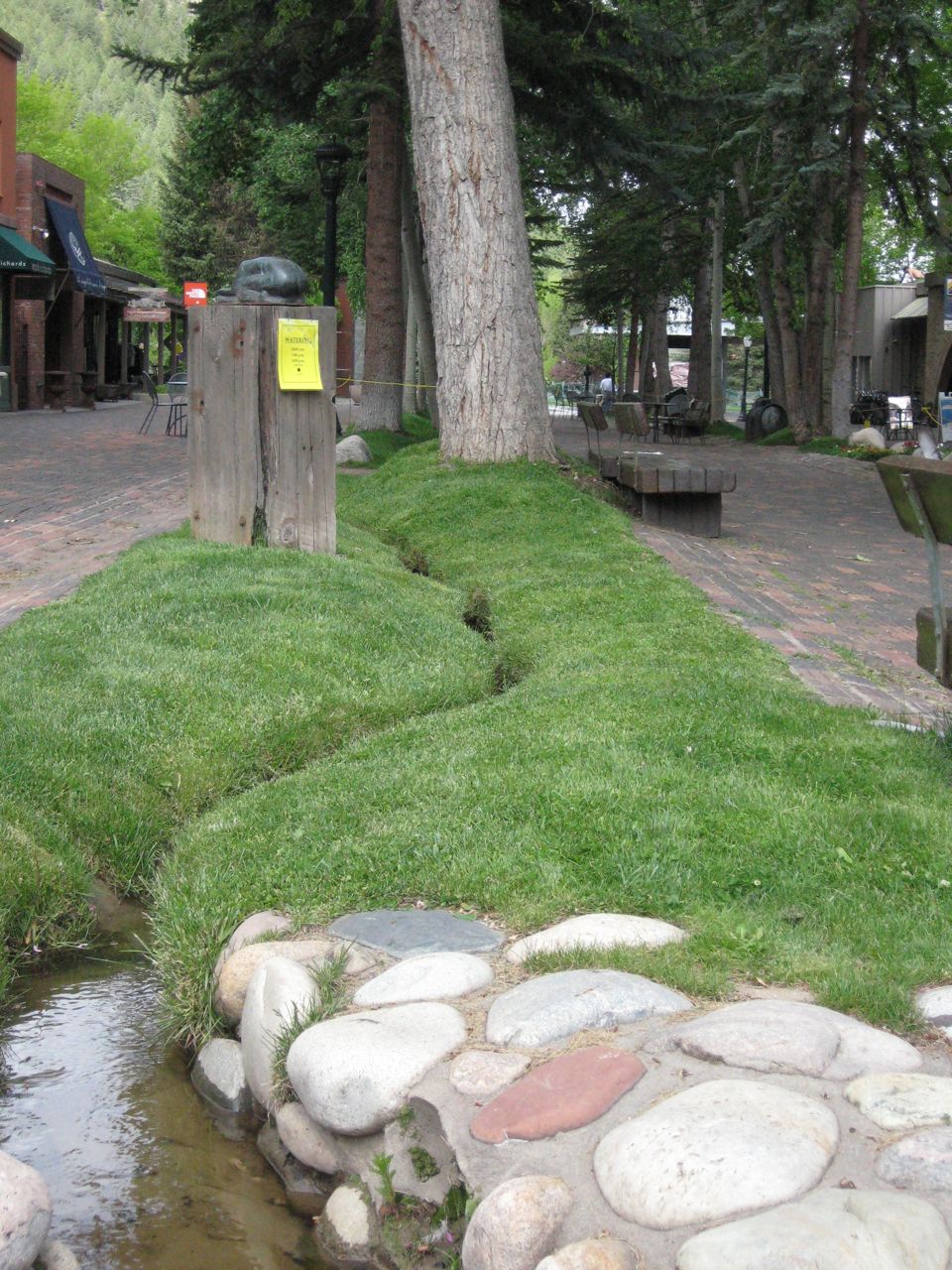 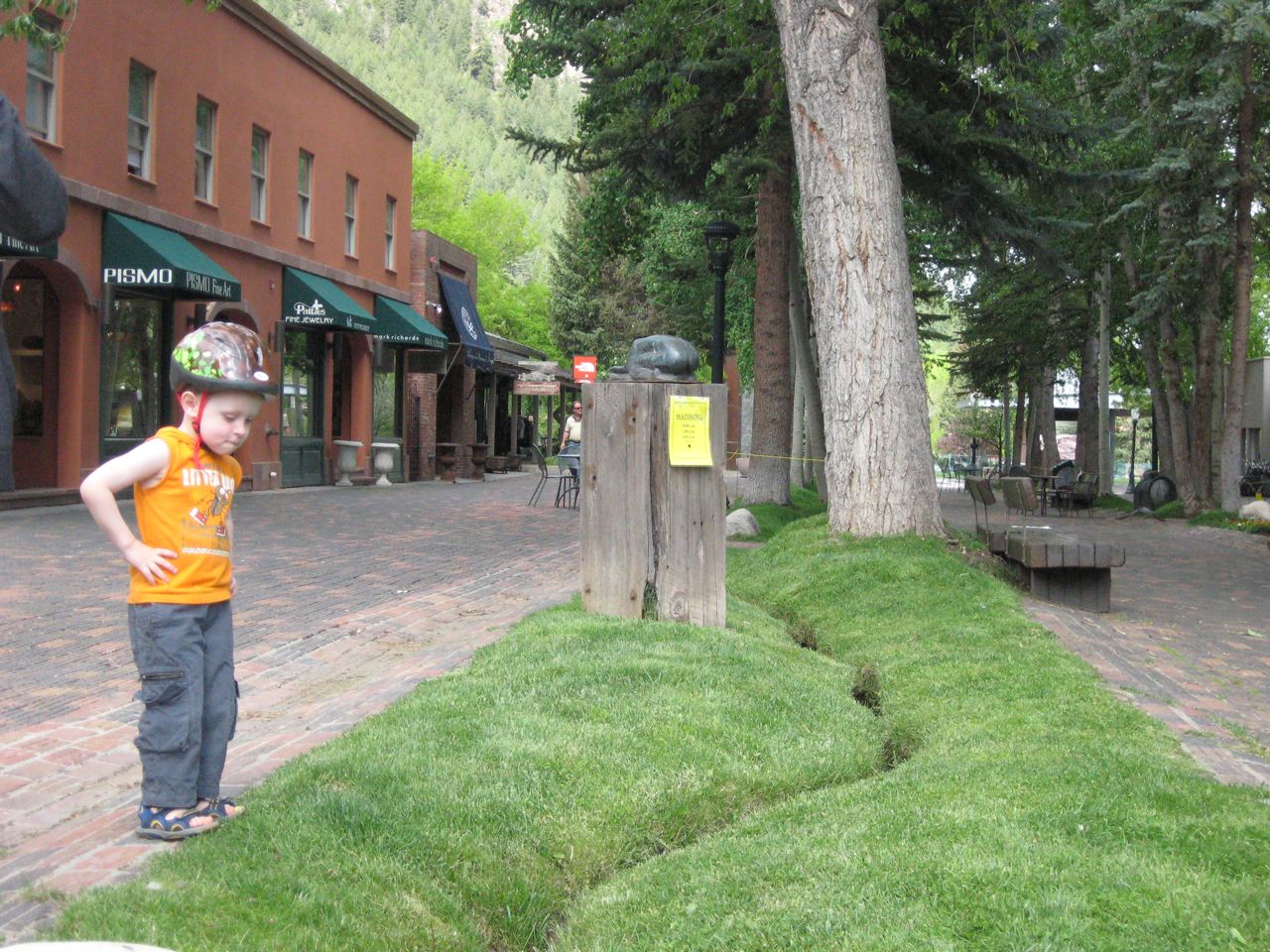 And can we talk about the bike paths? Oh, the bike paths. Everywhere you go. Every major route out of town and into nearby towns has a paved path running alongside the road. 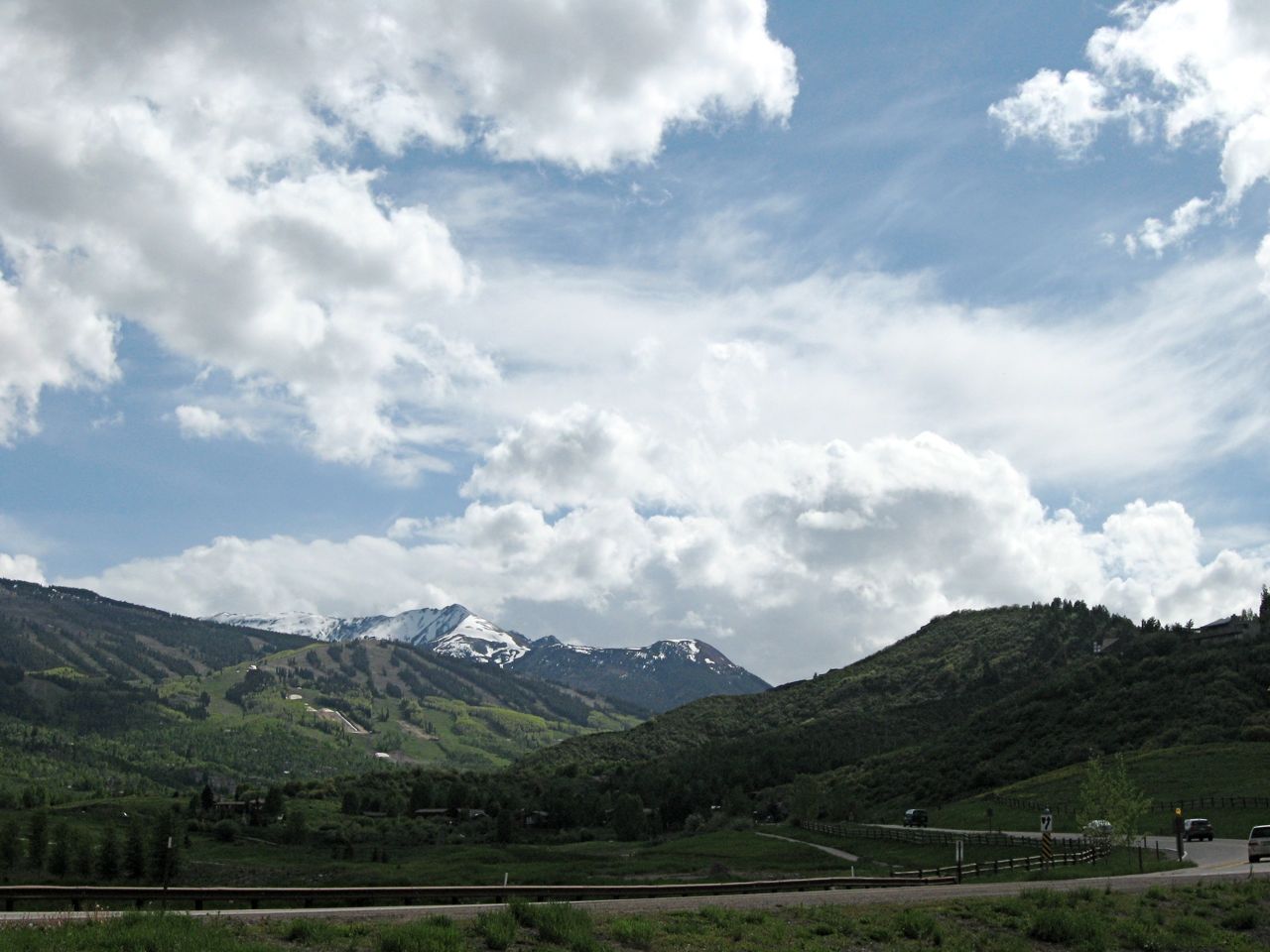 After New Haven, where drivers (cops included) regularly blow through red lights and regard pedestrians as invisible, the traffic here is startling. Cars mosey through town at a rolling pace, and grind to a halt at pedestrian crossings whether you ask them to or not.

If you should need to alert traffic to your desire to cross, you could use one of the solar-powered crossing signals. (The parking meter is also solar-powered). 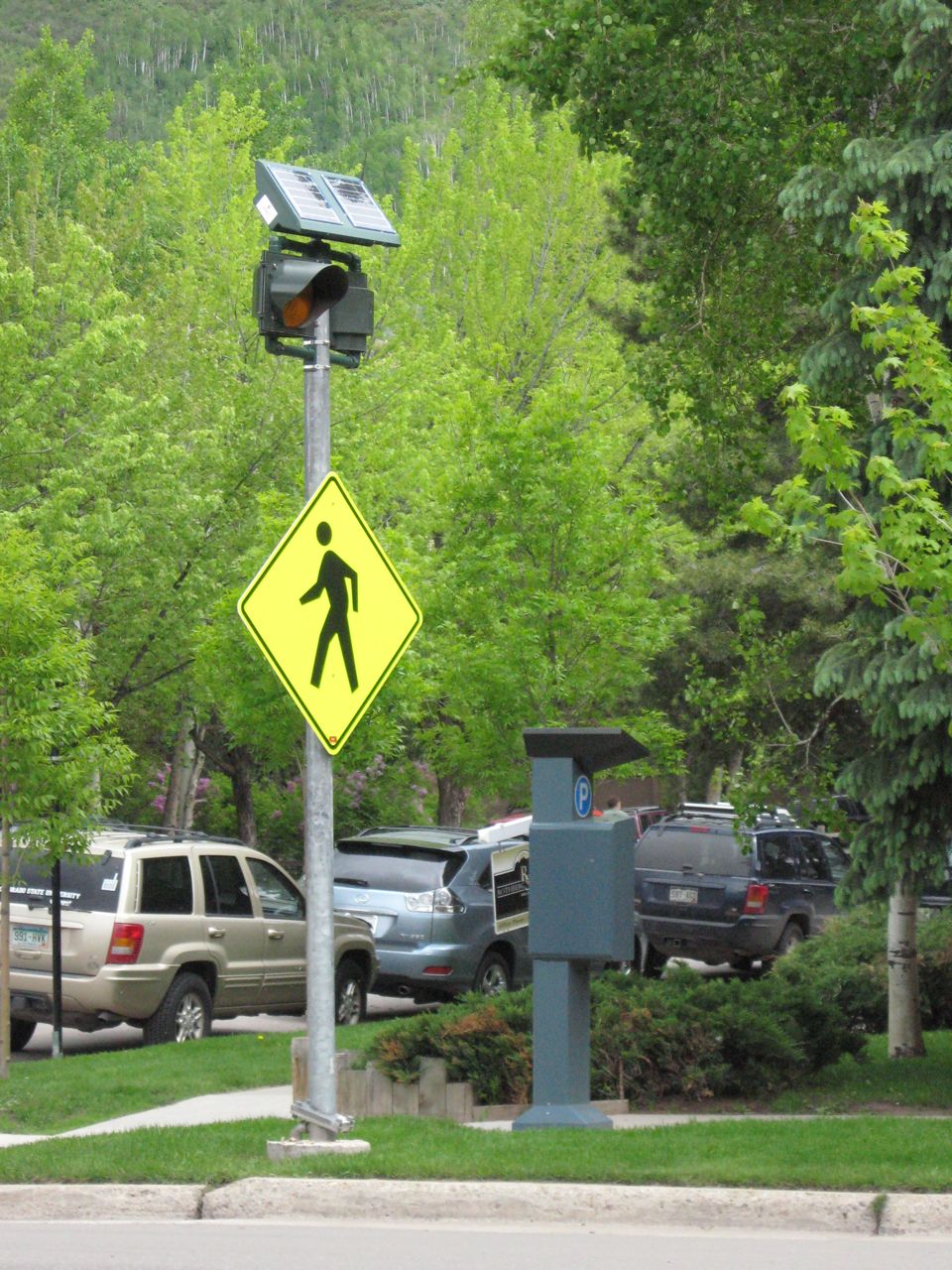 Speaking of driving, we bumped into this fellow on our way back from dinner one evening. Something of a local institution, he runs the Ultimate Taxi, a checkered cab tricked out to the max with light shows, musical instruments, and a fog machine. 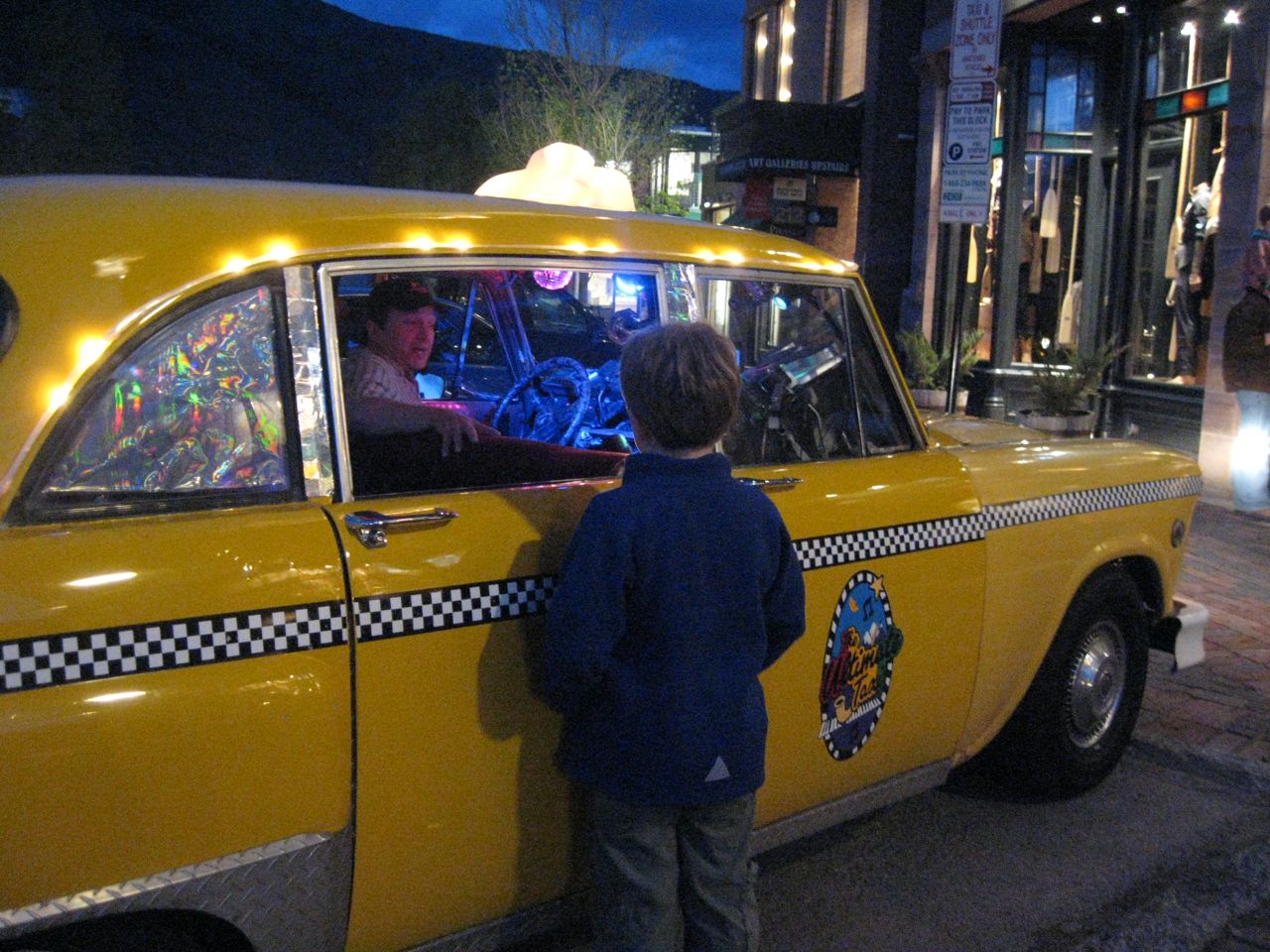 Which makes him the Ultimate Taxi Driver, I guess. 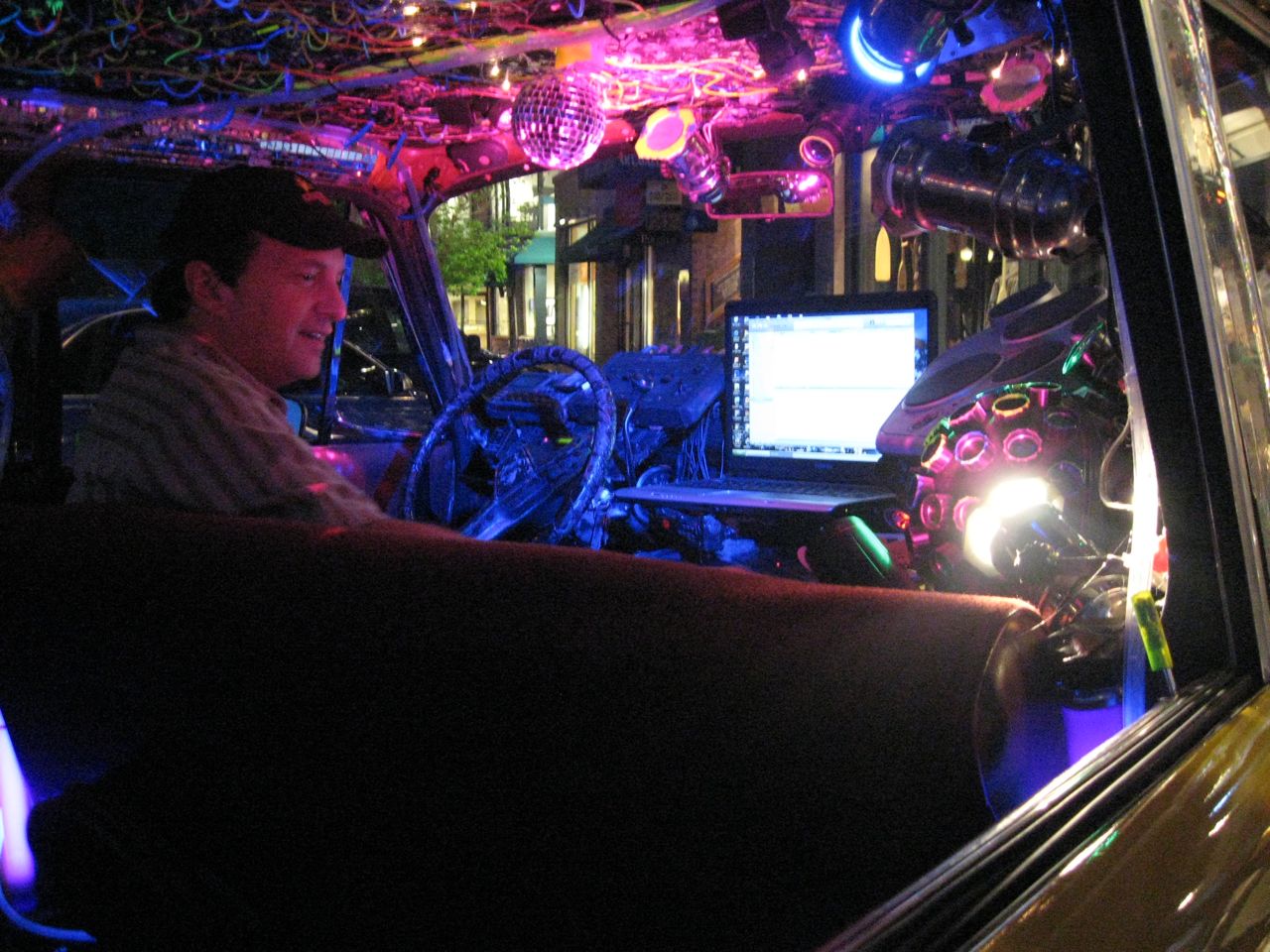 We rolled through Aspen at about 5 m.p.h. to the tune of "Me and Julio Down By The Schoolyard," with drum solo. 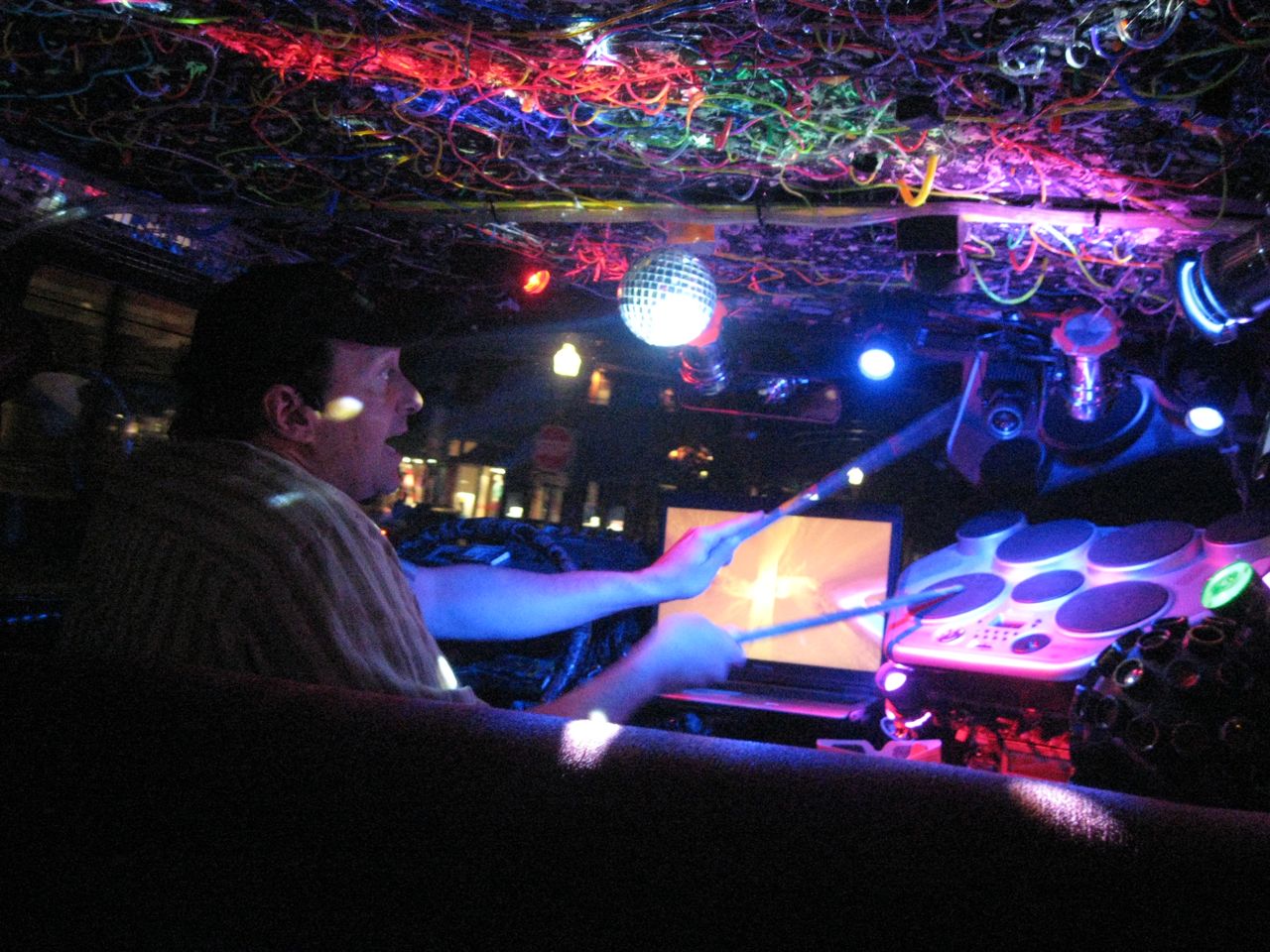 The ultimate passengers were pretty impressed. 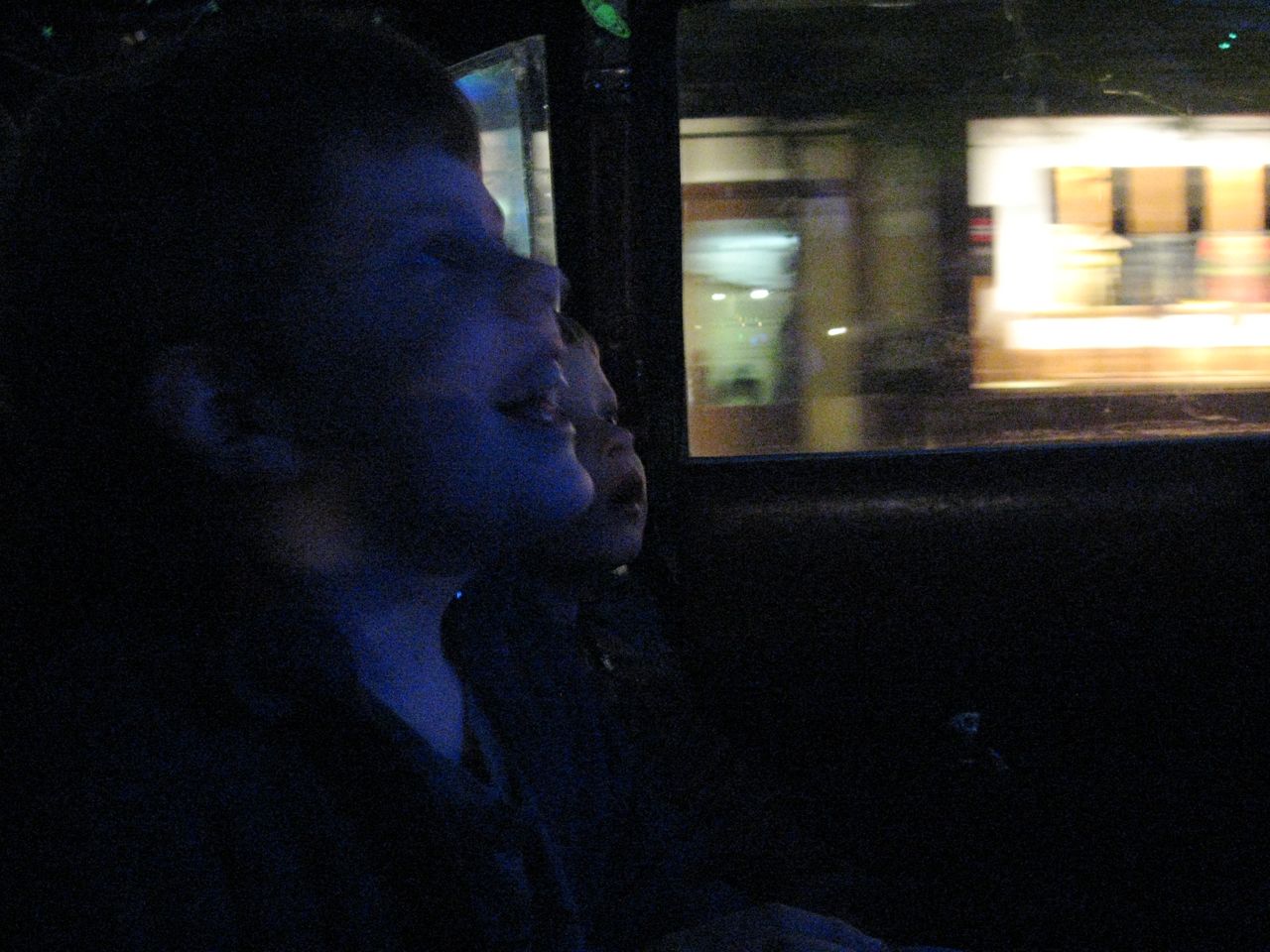 Even more so when they got to keep the glowsticks and the psychedelic glasses at the end of the, ahem, “trip.” 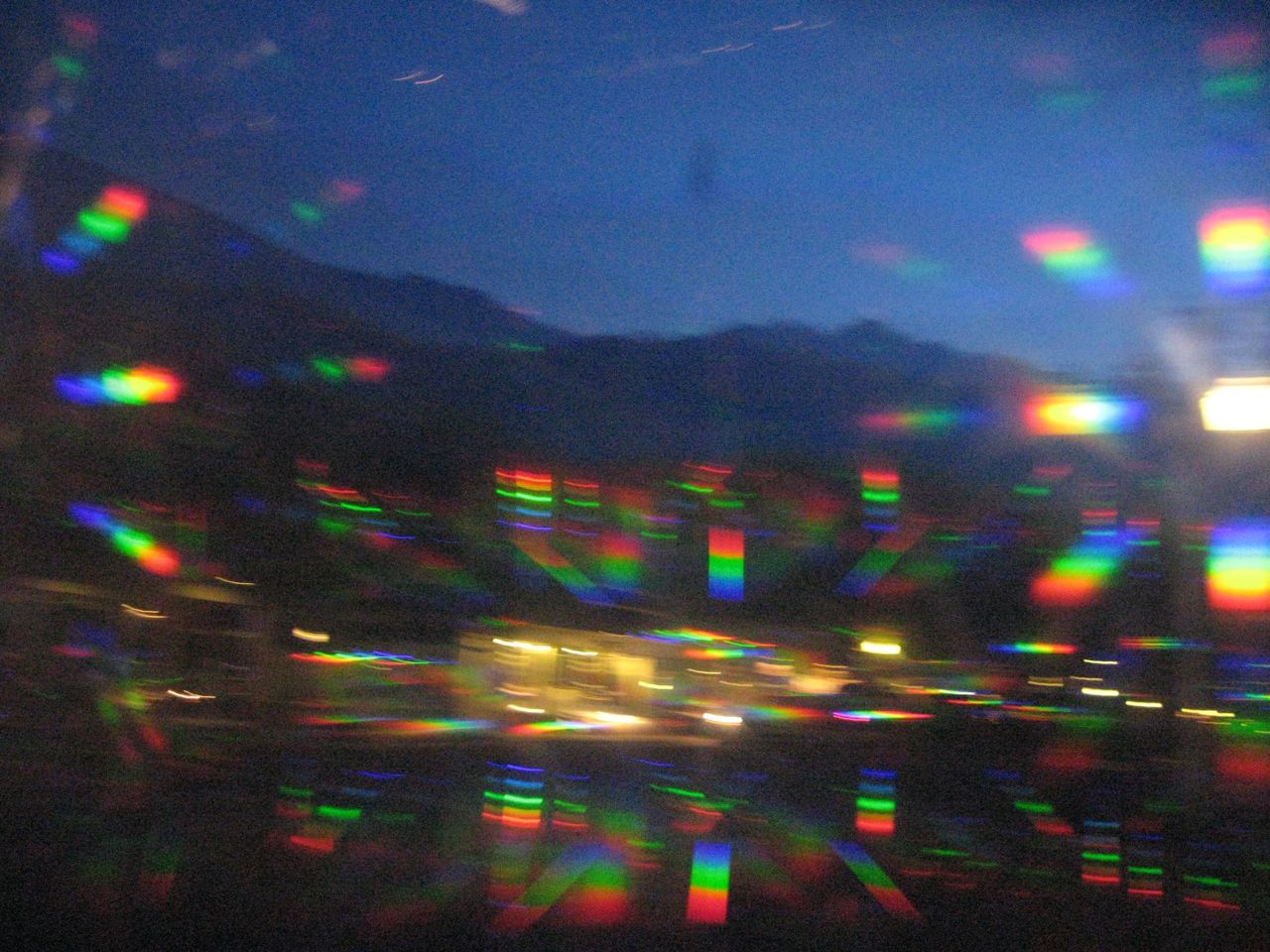 Since he was on his way home anyway, we struck a deal for twenty bucks, but you can book him for weddings, parties, anything, for a significantly higher fee.

Other clues that money is almost no object hereabouts: the extremely well-stocked public library lets visitors to town borrow as many books as they like. And, in a rebuke to the global trend away from newsprint, there are two daily newspapers; one is very professional and big-city looking and runs the New York Times crossword every day. The other is rougher and more homespun, and bears the splendid small-town motto “If you don’t want it printed, don’t let it happen.”

Speaking of bears: this is the only one we’ve run into so far. 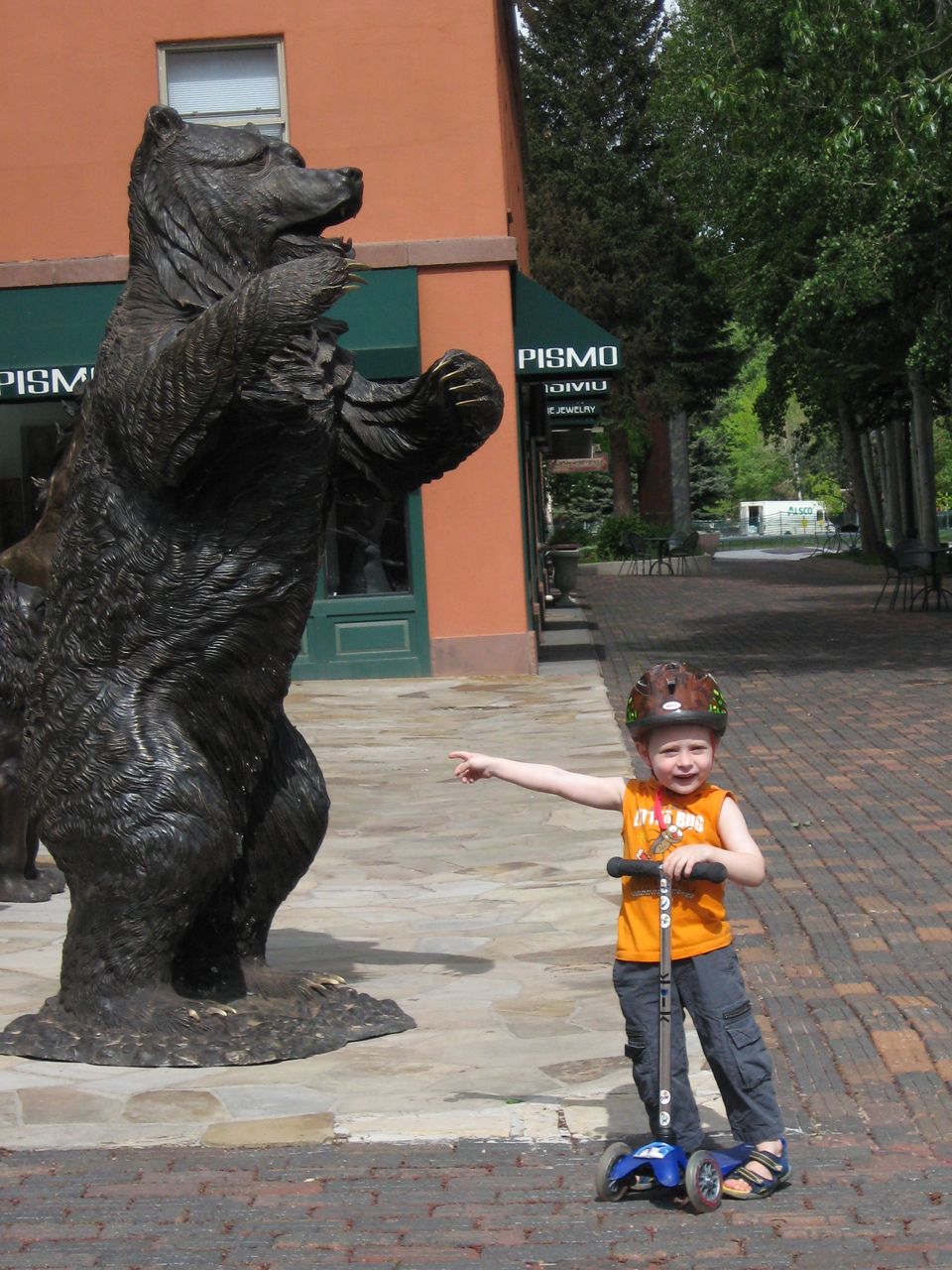 But one of the physicists (let’s call him Goldilocks) had a late-night encounter a few summers ago, when he heard someone rummaging through the fridge at the Physics Center and went to see which of his colleagues it was. It was a very hairy, very hungry non-colleague, who made a break for it, right over the top of said physicist.

Places not to go in Aspen: between a hungry bear and the food, and between an alarmed bear and the door. Happily, Goldilocks made a full recovery.

The rest of the local fauna is very friendly indeed. Again, I’m used to the New England frost, where you earn the right to smile and chat with your neighbours by living there for, oh, several years or so. Whereas here, you’ll be walking home, and a pleasant chap -- who, like every other person here, turns out to have either been to New Zealand or be an actual New Zealander -- will engage you and your kids in conversation, and you find yourself thinking “Yes, yes, but what are you trying to sell me? What do you want?” throughout the next amiable quarter of an hour chatting with a complete stranger.

And will then realize as you wave goodbye and mosey along home, that what he wanted was to spend an amiable quarter of an hour chatting with a complete stranger. Which, it turns out, is not a crime in this part of the country. A person could get to like that.

Why look: a sweet little yellow cottage for sale. That would do nicely... 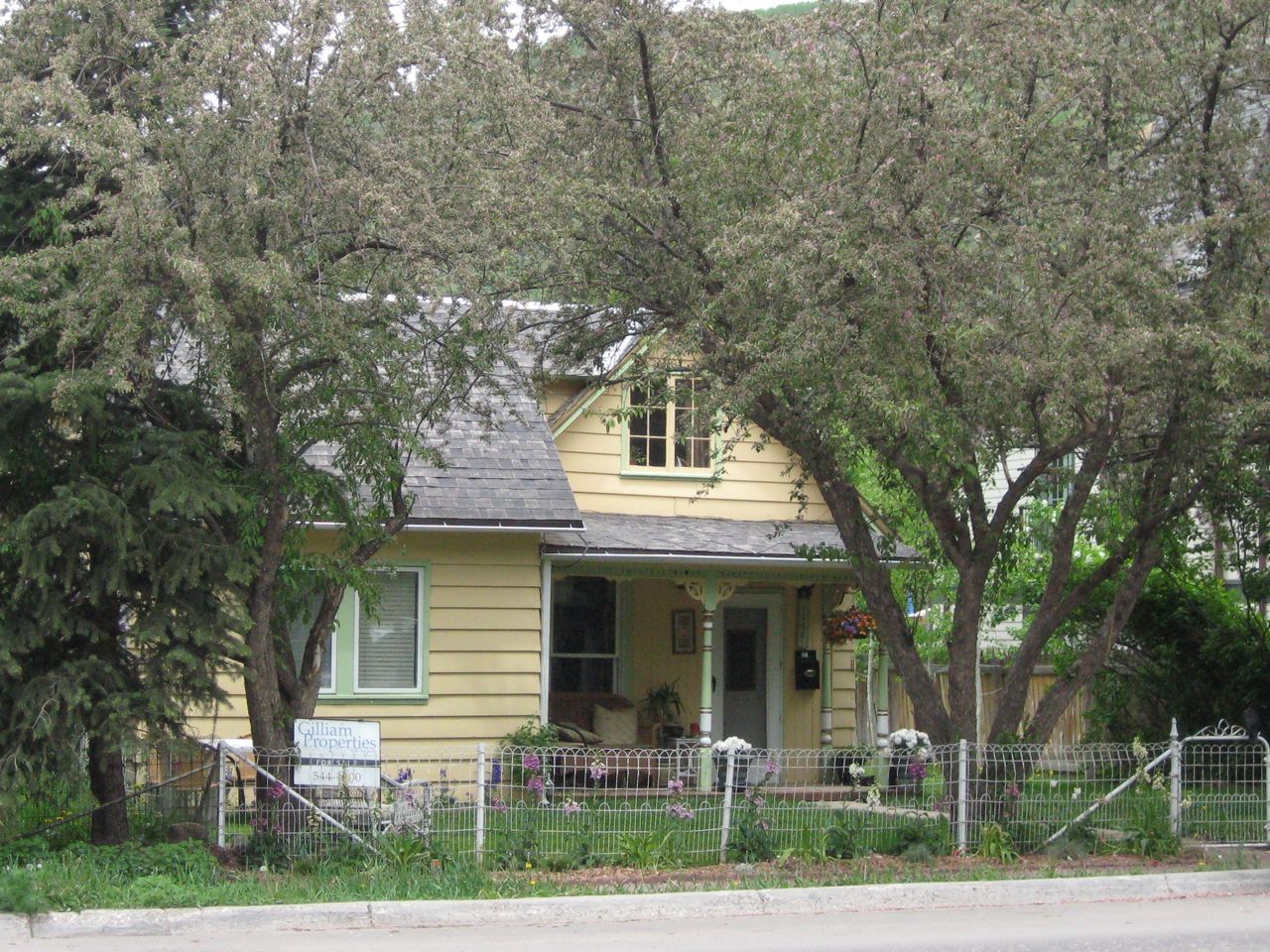 ...if I had NZ$7million to spare. Maybe we could afford this one instead. 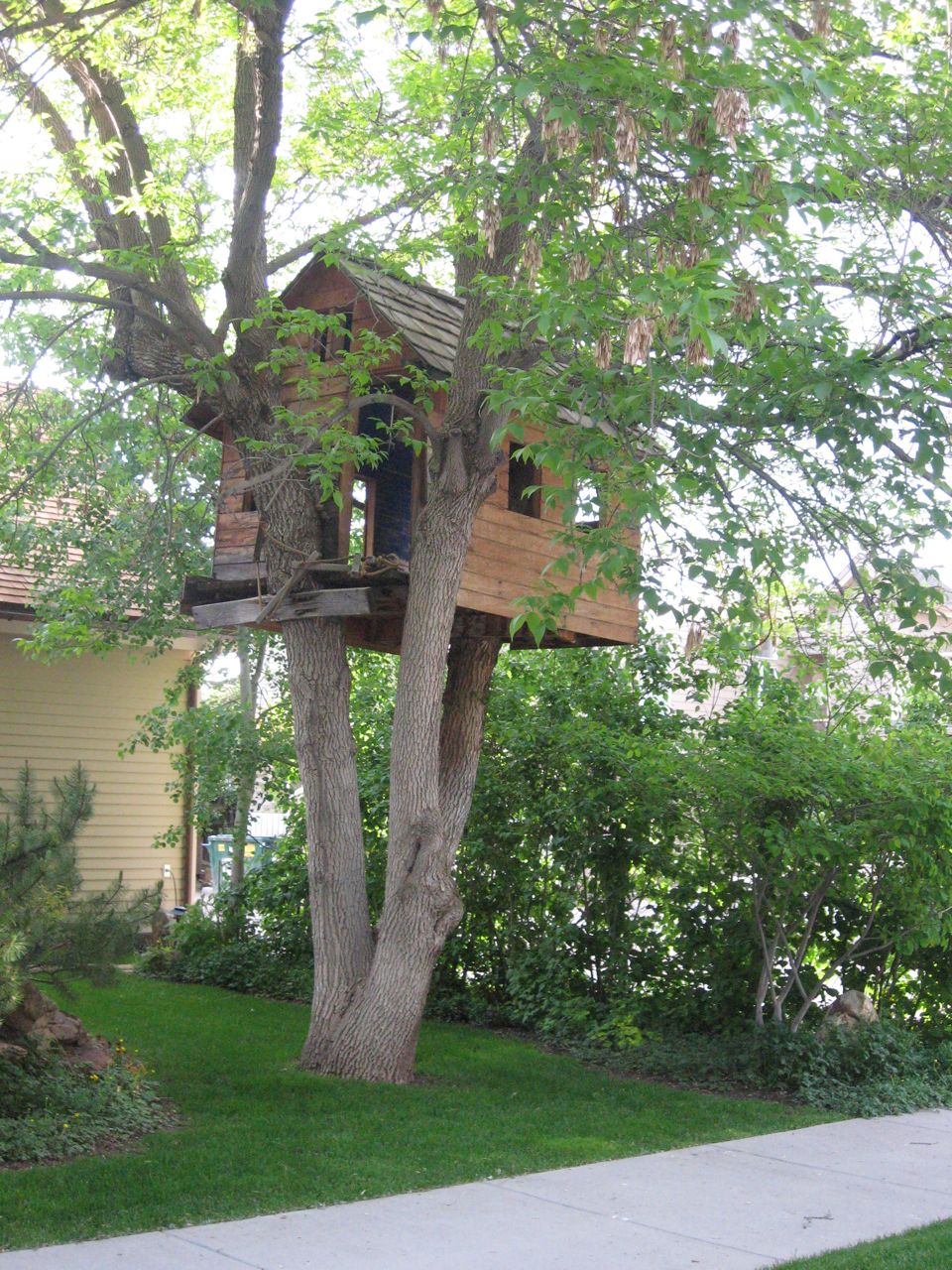 I did my frugal best to prop up the local economy by visiting the nearby mountain village of Snowmass, where the boys were enjoying a couple of days of camp (Rocket Camp for the big boy, which had the small boy briefly convinced that he personally was going to be blasted into space as the pilot of his big brother’s rocket).

Snowmass is small, and either very humorous or not very good at maths: 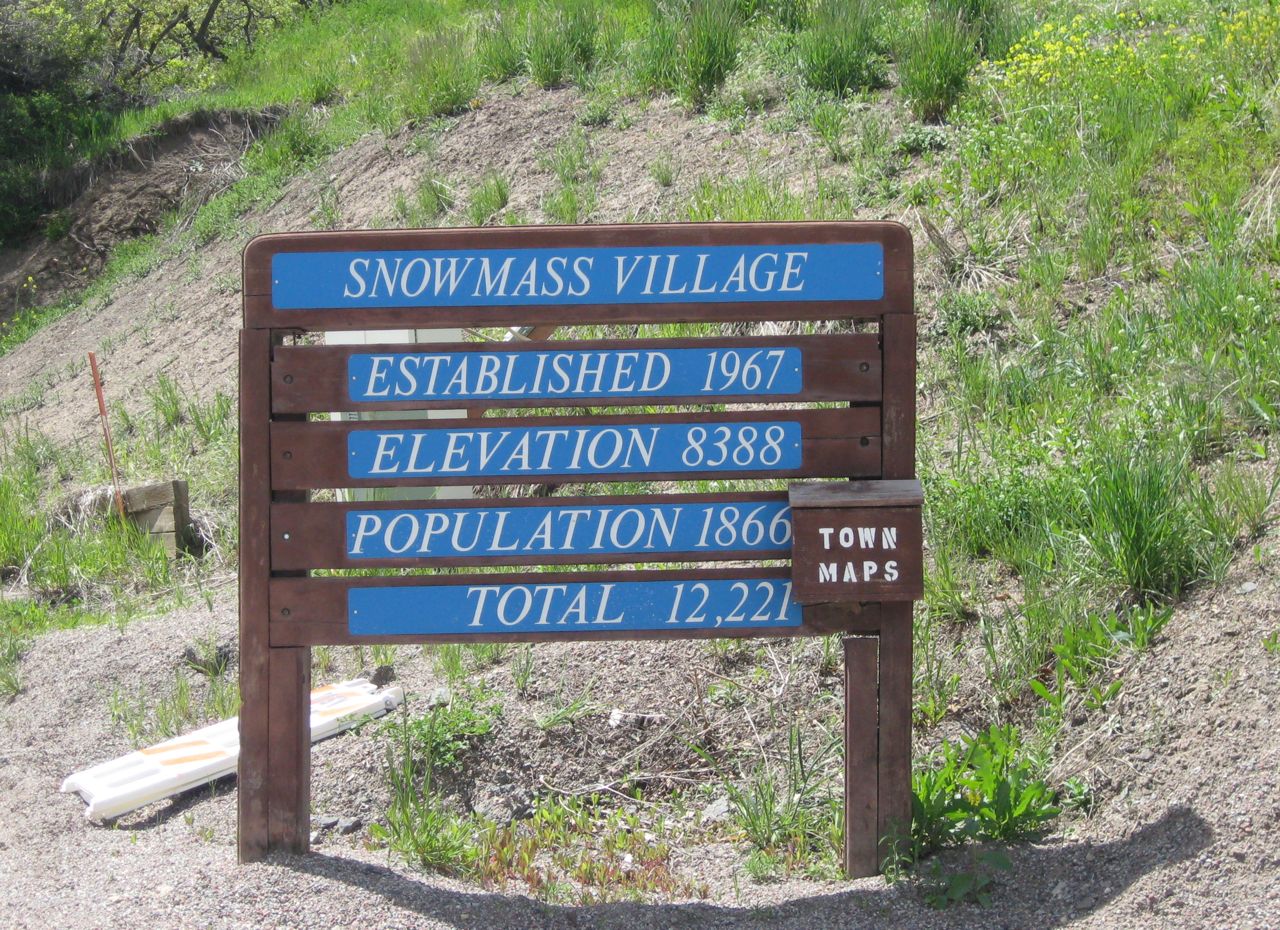 I moved from café to lunch spot to nail salon with my laptop and my review books and my wallet, and was greeted like a hero everywhere I went. There are genuine ghost towns nearby, left over from the silver rushes, but Snowmass in the off-season was even spookier. Even a stranger in paradise can feel the economic chill in the air.

No town is an island, after all. Aspen itself is reporting a 20% downturn in retail sales compared to this time last year; the restaurants are hustling customers with appealing prix fixe menus, and the shop-owners are uncommonly welcoming of anyone who might spend a dollar, even scruffy out-of-towners with noisy children who are all elbows.

But luckily some towns have an island that a young man can conquer and, for a quiet half hour,and entirely for free, call his own. 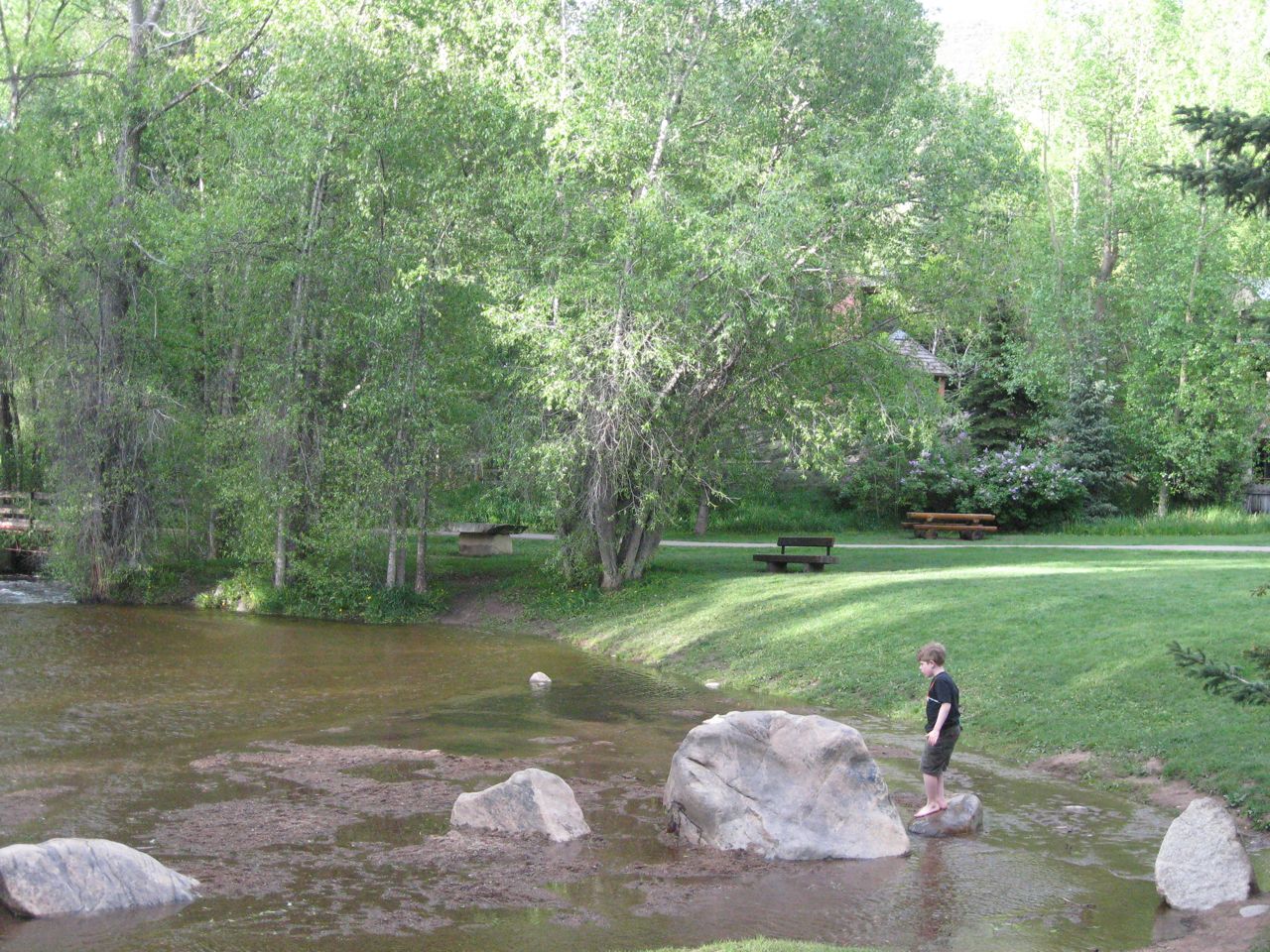 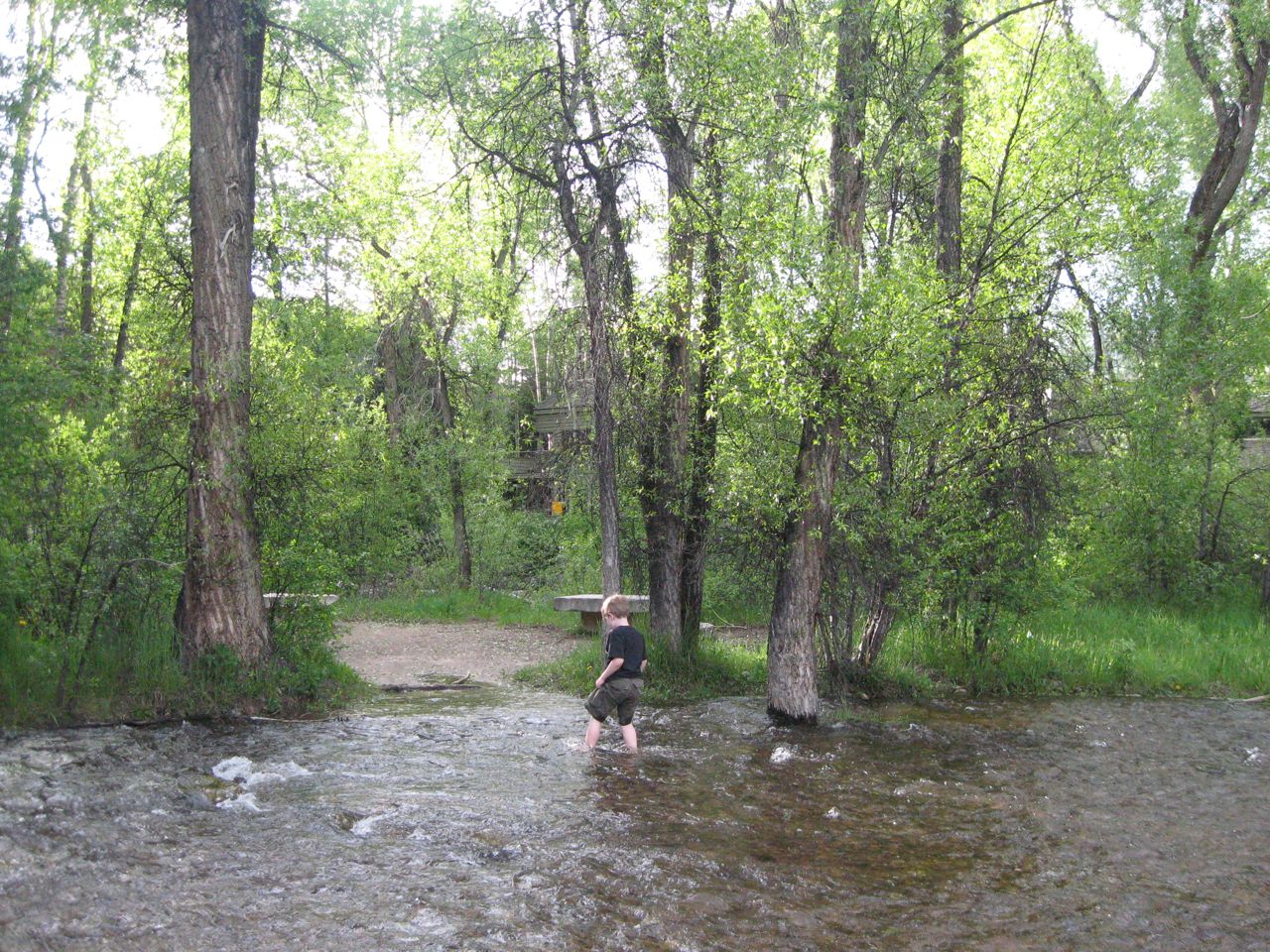 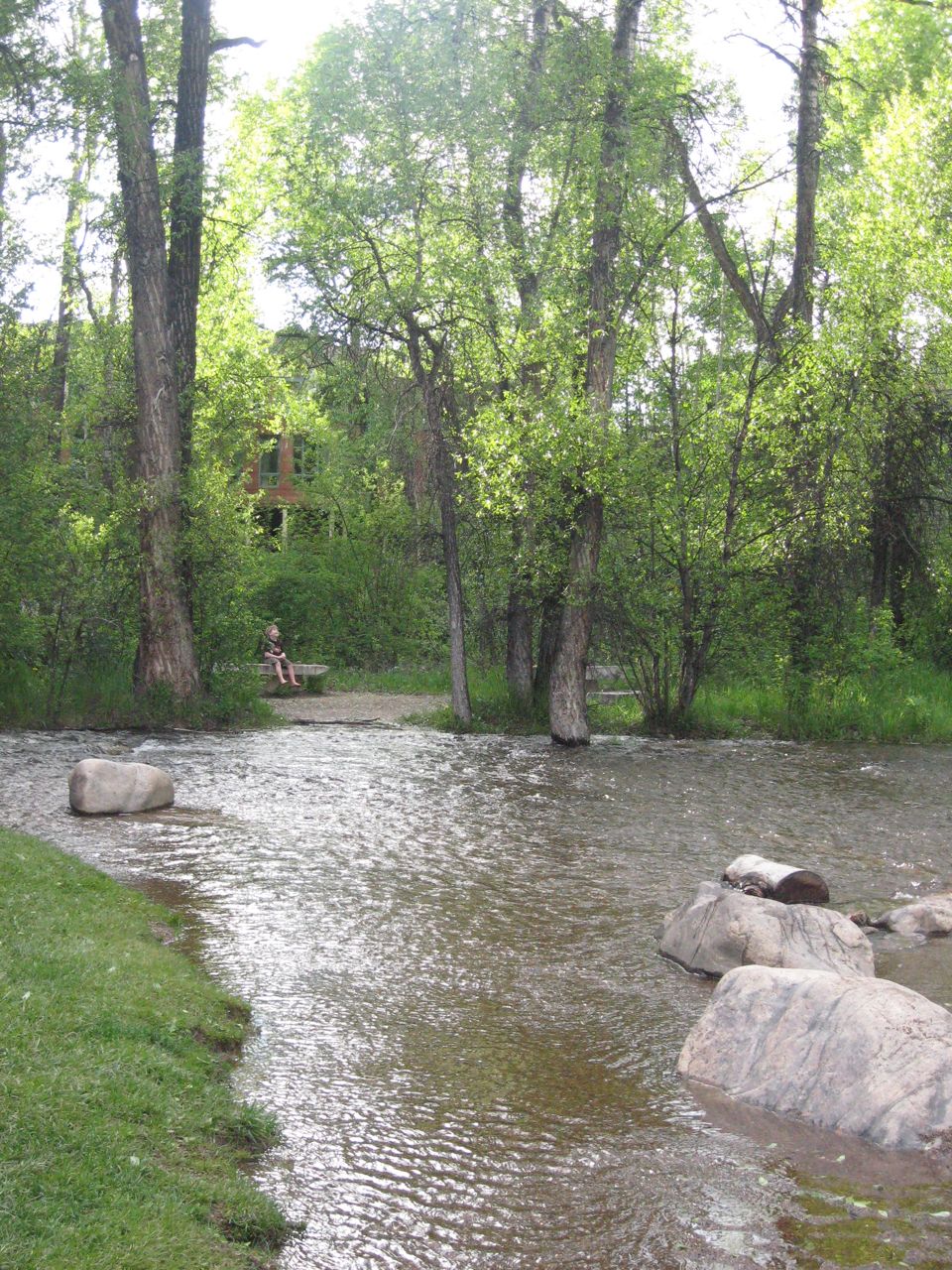 The only downside to this lofty place? You cannot make a decent cup of tea, thanks to some bollocks about the altitude and the boiling temperature of water. (A top physicist explains it here, with nifty diagrams). And the claim that your G & T goes twice as far, twice as fast at altitude turns out to be a wishful myth. So much for the Rocky Mountain high!