In part one I covered the eugenic ideas that underpinned public policy in the first decades of the 20th century. The assumptions that disability indicated inferiority and likely moral degeneracy led to discriminatory attitudes, laws and policies against disabled people, particularly those with intellectual disability or psychiatric conditions.

But the arrival home of disabled soldiers following the First World War (and to a lesser extent those from the earlier South African War) challenged the dominant eugenic narrative around disability. These soldiers exemplified the eugenic ideal of fighting for the empire and their impairment couldn’t therefore be linked with immorality or blamed on faulty genes.

Some, such as Clutha Mackenzie, came from privileged families. This son of a Liberal politician and short-term Prime Minister lost his sight at Gallipoli. In the 1922 general election he stood unsuccessfully for the Reform Party against the Labour Party’s John A Lee, who had lost an arm in battle. Mackenzie then put his considerable energies into the Jubilee Institute for the Blind (later the New Zealand Foundation of the Blind) and the development of a universal Braille system.

The large numbers of disabled war veterans led to the creation of the new concept of ‘rehabilitation’, literarily to make fit again. This was different to the earlier concept of habilitation for genetically deaf and blind people who could potentially be trained to be fit and useful citizens.

The concept of rehabilitation became strongly linked with employment, as in the development of the organisation which became the Rehabilitation League and which still exists as employment service Workbridge. 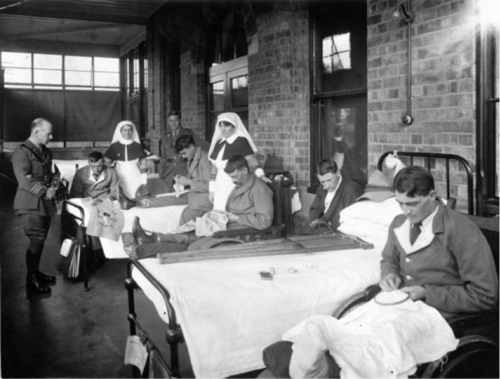 In the meantime, regular polio epidemics from 1916 also left thousands of children and some adults with physical impairments. Although physical disability was not as shameful to families as intellectual disability, services were often hard to find. During the Depression it was particularly tough for many families struggling to support their affected family member or access hospital care, therapy or aids.

Some New Zealand surgeons who had developed their skills during war service wanted to help. In 1935 Dr Alexander Gillies and Charles Norwood of the Wellington Rotary Club launched the New Zealand Crippled Children Society. The CCS was gifted a large home in Takapuna which became the Wilson hospital for physically disabled children, including those with polio and cerebral palsy. It was one of a few specialist residential providers across New Zealand. 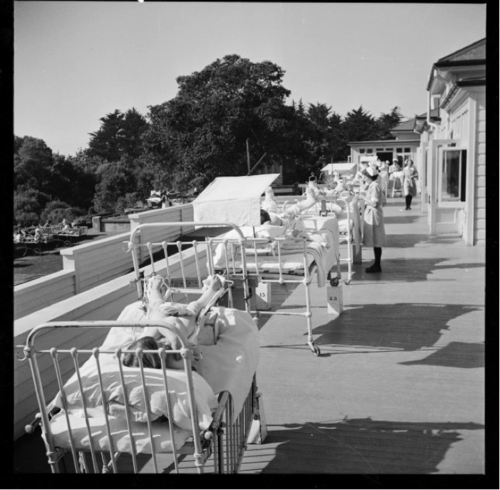 The first Labour government (1935-1949) brought in various measures including free hospital treatment. In 1936 an invalids’ pension was introduced, and in 1938 the Social Security Act which is regarded as the foundation of the welfare state, provided disability support and pensions. This principle of taxing according to means in order to receive support when needed was thus established in New Zealand.

In 1939, the Director General of Education, Dr Beeby, and Minister of Education, Peter Fraser, made their visionary statement about the rights to education for every child including the words ‘to the best of their abilities and the fullest extent of their powers’, (a goal which still remains elusive to many disabled children and their families).

The rise of parental advocacy is exemplified by the beginnings of the IHC. The Intellectually Handicapped Children’s Parents Association was founded in 1949 by Hal and Margaret Anyon, Wellington parents of a son with Down Syndrome, who wanted him to have an education, employment and a home in the community. At that time children with intellectual impairment were among those least likely to access education, and were often sent to institutional care. 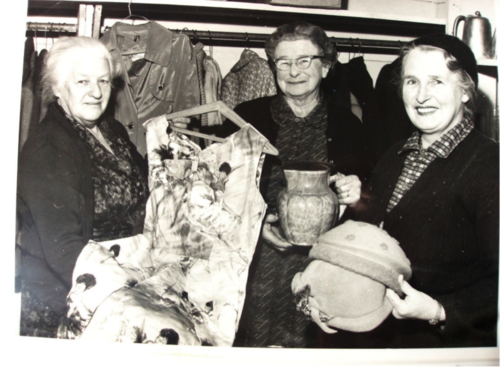 As a result of much dedicated activism, the parents managed to set up educational and community facilities in many centres. That was in line with best practice World Health Organisation Guidelines of the time.

In spite of best practice evidence and parental advocacy turning against the institutions, the 1953 report of the National Government’s Consultative Committee, which became known as the Aitken report after the doctor who was chair of the committee, recommended that disabled and mentally ill people be housed in large ‘mental deficiency colonies’ containing several hundred people, and extending current institutions such as those at Levin (Kimberley) and Templeton.

Parents would be encouraged to leave their disabled children in these institutions from about the age of five. The report was greeted with disappointment by the parents of intellectually impaired children who had lobbied politicians for the review, hoping it would recommend community support for their children.

The committee, which included no ‘consumer’ or parent representatives and only one woman (who was appointed after complaints), not only rejected their pleas but also reinforced the use of words and concepts such as ‘idiots’ ‘imbeciles’ and ‘feeble-minded’ that the parents had objected to. Some parents put their children in such institutions and kept their existence secret, often for many decades. One elderly man – whose brother was sent to one of these places ‒ told me this was because the parents thought the siblings would not be able to find partners if the prospective spouse knew about their ‘handicapped’ sibling.

Only six years after the Aitken report, in 1959, following a change of government, another report headed by Sir Charles Burns of the New Zealand Branch of the British Medical Association, an ally of the IHC parents, recommended small residential homes in the community and criticised the Aitken policies as ‘based on outworn and outmoded ideas’. But the momentum generated by the Aitken report took another two decades to start turning around; indeed, the 1970s saw the largest number of people entering institutions before numbers started to drop.

Funds were provided for services such as day programmes for intellectually disabled people. The 1960 Disabled Persons Employment Promotion Act was passed so organisations could employ disabled people in ‘sheltered workshops’ without any requirement to pay, or give them employment rights. Contemporary thinking was that giving people something to do, and thus keeping them out of institutions, was more important than having the working conditions non-disabled people protected. Of course, disabled people had no say in the formulation of this policy. 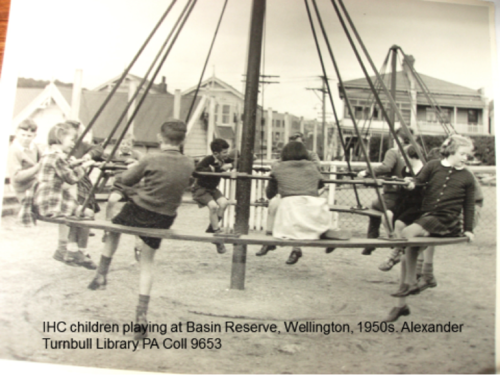 Concerns about institutionalisation had been growing since about the 1940s and in 1972 a Royal Commission on Psychopaedic Hospitals recommended transference from large institutions to community care, and led to three decades of deinstitutionalisation, during which the Government had to pay for both community care and upkeep for the large institutions (although both suffered from poor resourcing). At its height, an estimated 2% of the population was institutionalised with more than 800 people at Kimberley. By 1978, the occupancy rate was 0.24%, the lowest since 1881.

The establishment of the ACC had its origins in the Second World War. Members of Parliament and other influential citizens who knew about the impact of war injuries and disability on earning potential were behind the establishment of the Woodhouse Commission in 1967 which recommended the no-fault compensation scheme. By 1974 the ACC was up and running for those workers who disability was caused by accident.

But ACC served only this one group. A response was the 1975 Disabled Persons Community Welfare Act which extended some of the benefits, albeit in a less generous and means-tested form, to all disabled people. This Act was shepherded through Parliament by J.B. Munro, Invercargill Labour MP, polio survivor and IHC organiser. It also legislated compliance for the recently-developed New Zealand Standard building code 4121 including guidelines for accessibility. This standard marked the first time society had had to change for disabled people, not the other way around.

The global reforming zeal of the 1960s and 70s encouraged disability activists. The big changes of the following decades would be a result of political activism by disabled people themselves. I will outline some of the landmarks in part three.