Since Deborah Hill-Cone moved into the neighbourhood, our local pharmacy has had to take an occasional media spanking. I wouldn't be surprised if there is now a note taped behind the counter alerting staff: if a woman with Harry Potter specs comes in, give her whatever she wants. Especially Pseudoephedrine.

I myself am the diffident respectful type who does whatever the chemist tells me. But I am beginning to feel stirrings of dissent. I turn to well-informed readers of this blog for their formidable medical, chemical and biological savoir-faire.

The pharmacist, upon filling your prescription for antibiotics, draws your attention to the information leaflet accompanying the pills. She explains its message: while on antibiotics, you will need to replenish various vitamins. She uses the words "your immune system support". She then draws your attention to the refrigerated cabinet that now sits on the counter and holds little plastic bottles. The bottles contain 14 capsules and are labelled: antibiotic support. Probiotic and vitamin combination to support the gut while on medication.

My antibiotics cost $3. The pills cost 14. I am no scientist, but I know a little about business and marketing. Scientists, can you please tell me if after nearly five decades of taking my antibiotics neat, I might now benefit from these pills and their promise to "help restore beneficial flora"?

****************
I am bemused by the inability of our fearless media to draw the obvious dots between recent international news stories.

This man is in jail in California. 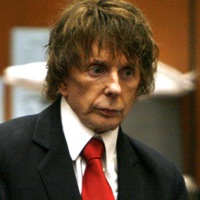 A couple of years ago he took home an actress. Within minutes there was a great wall of sound, then silence. The actress was no more, and the man was tried, not once, not twice, but thrice for her slaying.

He started out by snarling at Her Majesty, Brenda, Queen of New Zealand. More recently he has been responsible for the greatest indignity offered to our butter since Marlon Brando rented an apartment in Paris.

This man claims to have grown up in New Zealand.

He would have his fellow countrymen believe that he cherishes the traditional cuisine: meat pies, sausage rolls, lamingtons, roll-your-owns. But the veneer is gossamer thin. He also knows that we were unable to detect French spies even as they seduced our women, wearing berets, blue striped T-shirts and garlic necklaces. He therefore makes scant effort to conceal his true identity: Teutonic roots, with sinister Somes Island connections; a fascination with English footballers. He is not one of us.

Compare the photos: the three men are one and the same. Given that one is incarcerated and yet appears to move about at will, the frightening truth is all too clear: the man is a shape-shifter, albeit a lazy one. Not to be approached.

I will be spending this Sunday morning rabble-rousing.

Click here for details. Please join us if you believe, as we do, that bikes are a gift from God himself.