Six weeks ago, a Saudi-led airstrike on a wedding party in Yemen killed 131 civilians. On October 3, strikes by US aircraft on a hospital in Kunduz in northern Afghanistan killed at least 30 people, including 13 staff. On October 31, a terrorist bomb brought down a Russian airliner 23 minutes after it had left Sharm el-Sheikh in Egypt's Sinai Peninsula, killing all 224 people on board, including at least 24 children. Last Thursday, two suicide bombers killed 45 people and injured 200 more in a crowded part of Beirut's Bourj al-Barajneh neighbourhood.

And in the past day, coordinated attacks have killed at least 120 people and injured 300 more in Paris.

While victims were still lying where they fell, US Republican presidential aspirant Ted Cruz responded by rejecting "outreach or declarations of tolerance" in favour of airstrikes with more "tolerance for civilian casualties". More surprisingly, US Today saw fit to publish this incoherent, ambiguous cartoon: 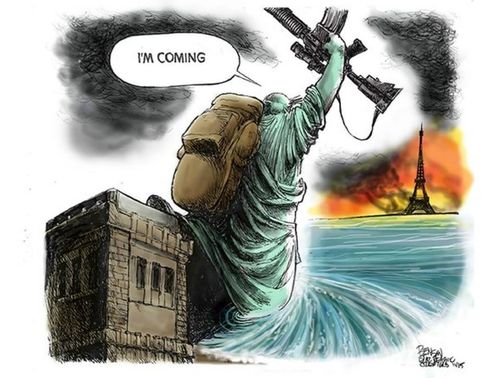 Cruz did not specify where these less discriminate attacks should take place, but presumably meant Syria, where as many as 250,000 people have already died in a senseless, confusing civil war. A further nine million Syrians have been displaced by the violence, including three million who have fled to neighbouring countries and perhaps 200,000 who have sought safety in Europe.

The numbers hardly make sense any more: they could swallow up the victims of Paris many times over. Which does not mean it is any kind of failure to feel particularly shocked by the events there. The cruelly deliberate, close and coordinated nature of the killings is shocking.

Many of us have been to Paris, perhaps to the very places that were attacked. We will always respond more strongly to an atrocity in a place whose streets we can picture, and to an offence against civilisation in city that is part of our own democratic narrative.

There is another, particular resonance that some of us have felt. The centre of the atrocity was a gig; the place where we unburden ourselves of the world. The band playing there has played here – you might even have seen them. As another measure of proximity, Fat Freddy's Drop have played the Bataclan and last week they played a different Paris concert hall. Overnight, their European tour  was re-routed through Switzerland because they could no longer cross French borders. It could easily have been them playing Paris on a Friday night, and their fans dancing.

As several commentators have noted, the targets of the Paris attacks were not the symbols of state, but ordinary people – especially young people – enjoying themselves: eating, drinking, dancing, watching a  football match.

French graphic novelist and film-maker Joann Sfar captured that fact in a series he posted to Instagram. This one reads: The people who died tonight were out living, drinking, singing. They did not know that war had been declared on them”. 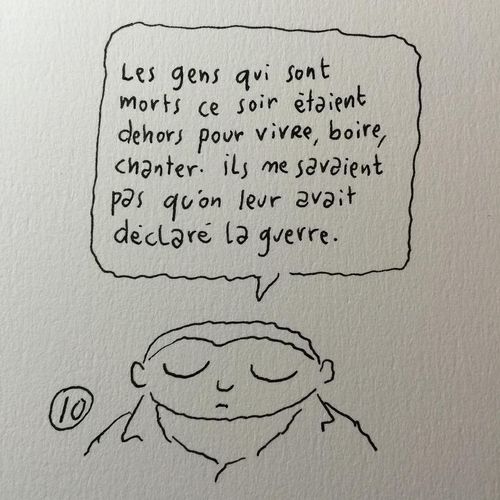 It was this liberal world that the terrorists sought to rupture.

The same thinking may well also apply to Europe's refugee programme, which immediately came under scrutiny from some quarters. And yet, the attackers are likely linked with the very people from whom the refugees are fleeing. And early indications are that the perpetrators are French citizens.

Moreover, as the UAE exile, Arab Spring activist, researcher and "Islamic libertarian" Iyad El-Baghdadi observed – on the basis of the hundreds of jihadi social media accounts he follows – the refugee programme in places like Germany has a resonance elsewhere we might not immediately grasp:

You know what pissed off Islamist extremists the most about Europe? It was watching their very humane, moral response to the refugee crisis.

El-Baghdadi's analysis is that the extremists want and thrive on a black-and-white world. They want clear divisions, not fraternity. Yet a tolerant peace will inevitably be harder to maintain now, and where war already manifests in Syria and Iraq, it is hard to conceive of any immediate future that doesn't involve further bloodshed. The Kurds will have to fight their ground or be massacred. They need help.

But if the West joins Russia in backing the Assad regime as the lesser of two or three evils, it will be lending support to the original architect of Syria's civil war, the author of one set of the war crimes against Syrians themselves. Last month, Russian forces handed Isis a big win when its strikes killed hundreds of the anti-government Syrian rebels who have been managing to keep Isis out of Aleppo.

It's hard to even conceive of what could ensue from the full-scale ground war that US Republicans seem to be cheering for, but it would be an attempt to mediate something that originally found its space in the chaos that followed the ill-advised adventure in fixing Iraq.

But more than that, you can't bomb hideous ideas out of existence. The mediaevalists have millennial tools to distribute their awful thinking – early indications are that these attacks were planned not in Raqqa, but in Belgium. It seems likely that harder, more hateful ground is what the extremists want. Not policing the the extremists is not an option, but that is what is should be – policing.

I don't have an easy answers – how could I? But I know that the answer doesn't lie in the feckless crackdown talk that sprinkled itself through my Facebook feed yesterday, still less in any desire to prosecute a billion Muslims for the actions of ten thousand maniacs. As fuzzy and as unsatisfactory as it sounds, a renewed evocation of humanity will surely be the thing that, at the very least, can do less harm. 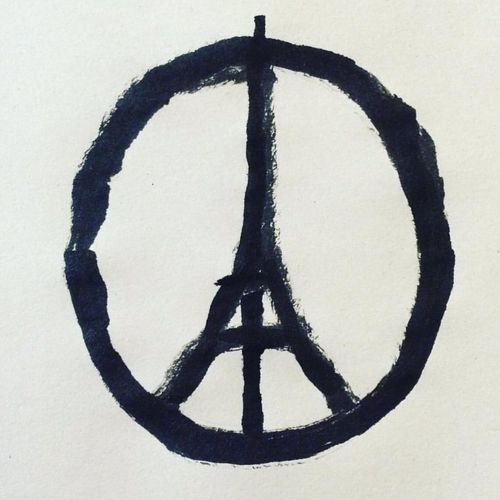