Before I came to stay in Peckham, I had heard tell of its burgeoning gentrification, but to wander the streets of this South London borough and see it in action is something else.

The terraces of the street where I'm staying are progressively popping their tops as the owners do their loft conversions. Abandoned shops in nearby roads are being refitted to to sell cakes, artisan giftware, gelato, clothes and sleek city bicyles. And yet, even as the hipsters move in, the clamouring artery of Peckham Rye, Rye Lane, remains crowded with the stores of another generation, selling hot peppers, thawing chicken pieces, patties and the flash, shiny suits in which West Indian men still dress to impress.

And there are record shops. Yam Records, down a narrow arcade. Rye Wax, through a courtyard and down into a basement, at the back of a spacious cafe. Puzzle Organico, a brilliant-smelling health food store with music down the back. And soon there will be Hop, Burns & Black, the new shop my hosts Jen Ferguson and Glenn Williams are opening to sell craft beer, hot sauces and vinyl records. 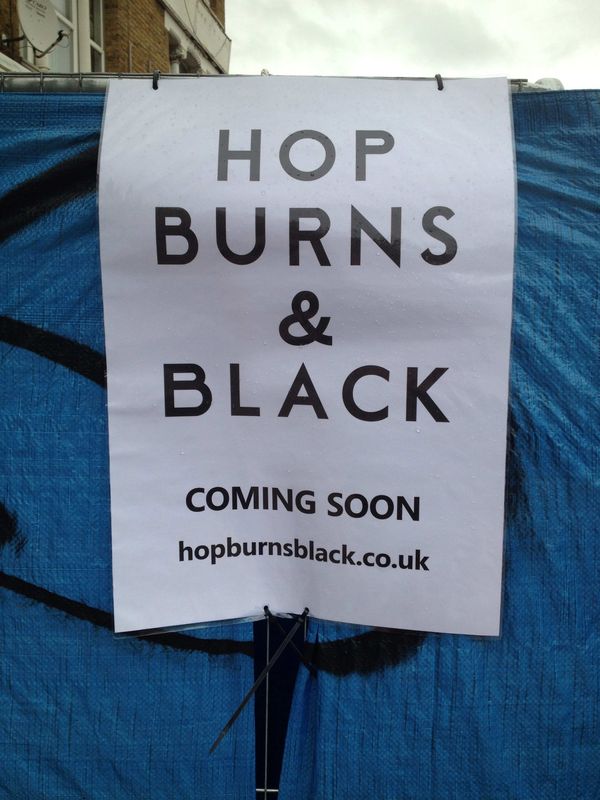 They all sell vinyl records; new, short-run house and techno records in some places, but much more so the London sounds of the past few decades, on sale second-hand for a quid or three. As I shuttled around yesterday, I had to keep saying to myself, "excess baggage", because there is simply so much that takes my fancy. Old house twelves that maybe reached New Zealand by the handful, and reggae sevens, the town's musical lifeblood, that never got there at all.

And then, a short ride away on the number 12 bus, there was Camberwell's Rat Records, which churns through old record collections at what seems to be a remarkable rate: its freshly-arrived bin ran to a hundred or more platters. And then I noticed, up on the wall, this: 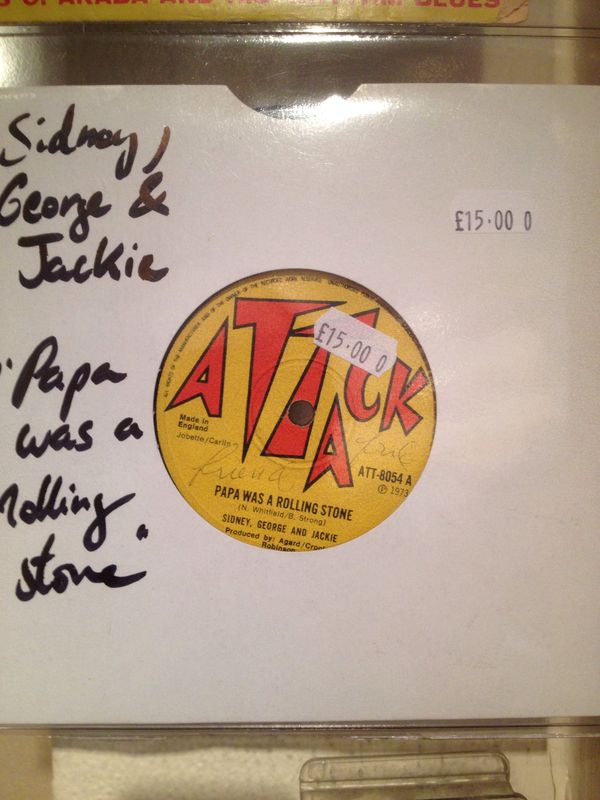 "Do you see this often?" I asked the man behind the counter, as I paid for a couple of twelves and a mint-condition Studio One double album (five quid!).

I said I'd rather like it, but it seemed a bit scratched. Let's put it on and see how it sounds, he said. It actually sounded a little scuffed, but not bad.

I thought of my budget.

"How much change did I just give you?" the man said. "Twelve quid? Just give me that back."

I did, and I'm so pleased. Sidney, George and Jackie are better known as The Pioneers, the group that made the ska classic 'Long Shot Kick the Bucket', but in the 1970s, they cut a handful of sides under their alternative name that are, frankly, wonderful. The A-side of this one is their cover of the Temptations' 'Papa Was a Rolling Stone' and the flip is the brilliant collie-weed anthem 'Feeling High'.

I played it that evening at Lucky Sevens, the Thursday open-decks night at The Gowlett, the pub around the corner, along with a fistful of other old sevens Jen let me raid from a recent stash she'd scored in Bethnall Green on a tip from our mutual friend Mike Hodgson. 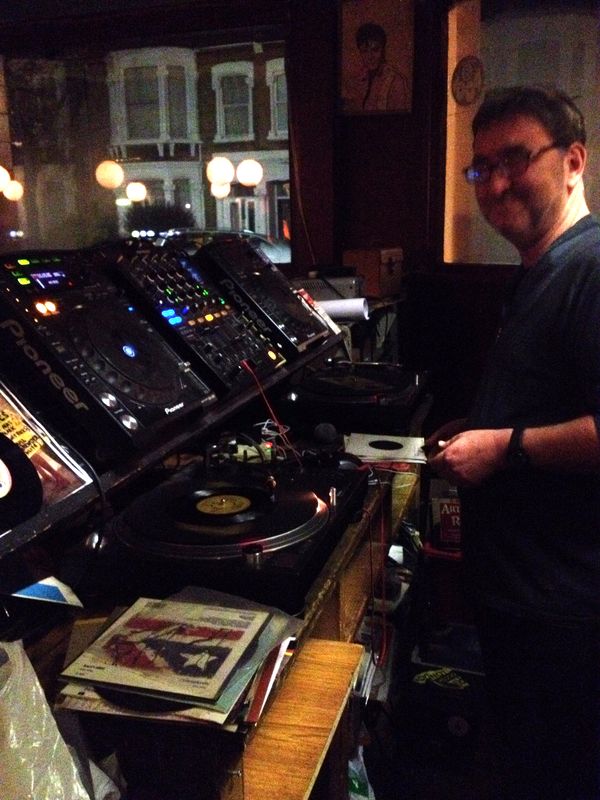 Gee, it was fun. People danced and sang along, and then, madly, a couple of the locals and I discovered that there was a whole skip full of vinyl on the street around the other side of the pub. Some good classical records, some terrible MOR, a Bob Seger album and a very clean copy of Neil Diamond's Hot August Night. 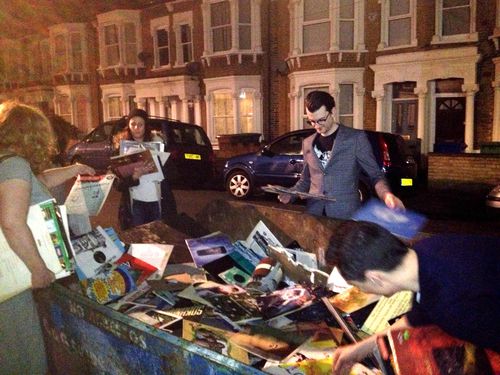 Jen loaded up with as much as she could carry -- good for the shop, she explained, but also a right laugh. She staggered home with us (under the load of the beer we'd supped as much as the vinyl she was carrying, to be fair) and we had a duty-free Lagavullin and played a few of our finds. I Facetimed the family back home in Auckland and had to explain why Phil bloody Collins was playing in the background. But gee, isn't Bob Seger's 'Against the Wind' a bloody good song?

I'll have to try and restrain myself and not buy much more vinyl. It's heavy. But it makes me think of the times my friend Duncan Campbell would and visit us in London and turn up each day, excited, with old reggae records he'd have to lug back home to Auckland. In a way, it's the same thing that makes the new gentrification work. To have renewal, to have a secondary market in space, place and culture -- you need the history first.