One of the many challenges posed by Christmas is Christmas music. Christmas carols are all very well, but spending the day actually listening to carols? That way lies madness, or at least an unseasonable degree of suffering. In our house, we either listen to 95bFM, which often delivers a very good Christmas morning show, or rocksteady reggae, which tends to induce good feelings in people of all ages.

But Luke Buda, Samuel Flynn Scott and Conrad Wedde, who between them are the Phoenix Foundation subset Moniker, came up with a very different idea. A very silly one. If you've ever thought "wouldn't it be great if there was an album of well-known Christmas songs done in the style of individual groups commonly referred to as 'krautrock'?" (and, no, you almost certainly haven't, because it's a very silly thing to think), well, Moniker's Merry Krautmas is the record for you. 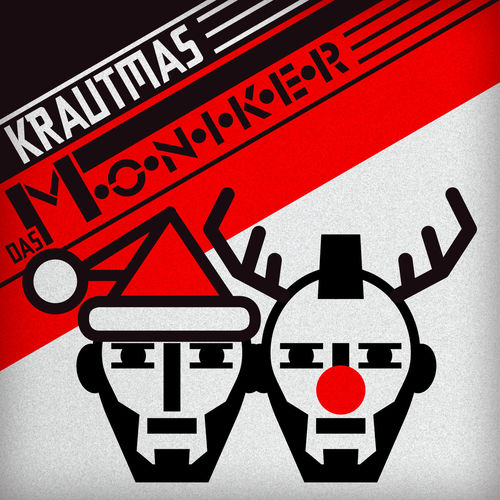 And it's actually pretty good!

It's not all trad – there's also this blissy version of 'Last Christmas':

It's available here on Bandcamp and I basically dare you to slip this one past your non-music-nerd relatives.

Next year, 95bFM turns 50 years old. It doesn't seem so long since we were celebrating the 25th anniversary, but it turns out it was all of 25 years ago. The story of the station's early years, which I wrote about for Audioculture, is one of not just of music, but of who we were as a country at the time. The pirate radio broadcasts that galvanised the media perhaps even more so.

But there has to be a gig, right? And there is: 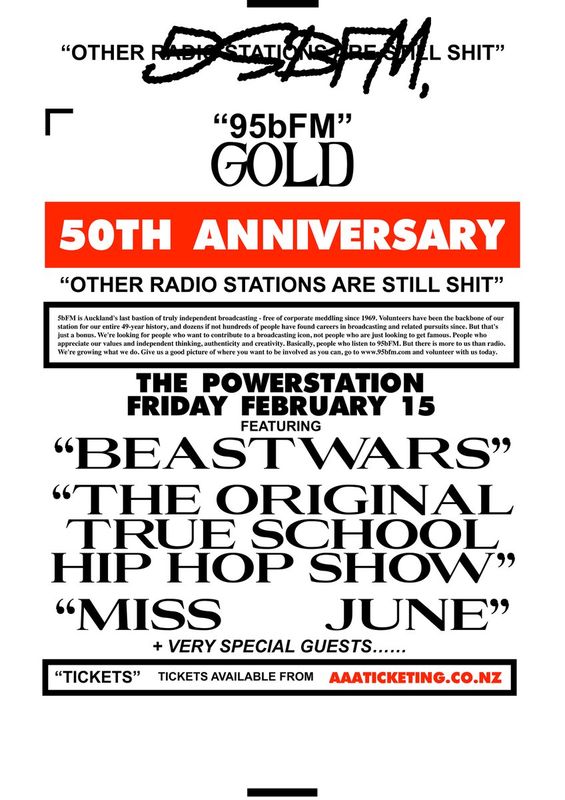 A couple of months ago, I wrote about the passing of a genuine original, Celia Mancini. In that post I noted that no matter how chaotic her life was, Celia kept everything. Including, happily, her tapes. And the best of those are soon to be released as a limited-edition vinyl LP. Her friend Glen Brewer, who has coordinated the project, explains:

The Celia Mancini Tapes is a compilation album of highlights from Celia's personal cassette collection, recorded between the period 1988-98, sourced from 4-track demos, practice room jams and cassette-dubs from long-lost studio session reels. In early January 2017, I helped Celia to collect the tapes from random storage locations that she had stashed them in decades previously, including dusty closets, car-boots, crumbling boxes etc, and then by mid-2017, around 200 of the cassettes had been digitised.

I haven't heard the finished record, but people I know who have are very excited about it. One taster has been published:

But if you want a piece of rock history, you'd best not muck about. There will be only 300 copies of the album and pre-orders opened at Flying Out on Friday.

PS: I can further report that Andrew Moore's King Loser documentary, You Cannot Kill What Does Not Live, is on the home straight and you can expect to see it early next year.

I called in to Lately With Karyn Hay on Friday to talk about the late Pete Shelley, his music and the enduring influence he had on what came next. It was a really enoyable thing to do, and you can listen to it here.

When we talked about what to play, Karyn suggested, among the obvious choices, a lesser-known track – the original B-side to 'Everybody's Happy Nowadays':

It was an inspired choice. 'Why Can't I Touch It?' is such a great song; the more so given the noises everyone else was making in 1979. I think Bill Janowitz gets it somewhere near right in his AllMusic entry:

The song ends on a droning jam on the looping groove, sound effects echoing into the ether as twin guitars bounce off each other in a Television-like call and response. The beauty of the performance is that it is in real time, an approximation of a loop. The drums and bass lock into a groove that is humanly imperfect. If the song was recorded post-1985, say, it would probably have been digitally sampled and looped via computer, which would have made it less human and probably less musical. The ears of listeners became accustomed to perfect, machinated beats and loops.

I don't agree that a digital execution of the same idea would have necessarily been inferior to what the Buzzcocks play here, but I'm fascinated by the path they're finding to the future.

New Zealand is about to get its first record pressing plant in more than 30 years. Holiday Records' ambitions are decidedly boutique, but it's a welcome development.

The temptation around Connan Mockasin's five-part film Boston 'n' Dobsyn, for which his beguiling Jassbusters album is a sort of soundtrack, is to suppose that he's having a laugh. But when you're having a laugh, you probably don't book the Civic Theatre in Auckland and the Opera House in Wellington, which is what Connan has announced for March next year. There will be a gig and a screening.

At Audioculture, Gary Steel and Chris Caddick have provided respective takes on the music genre no one ever talks about New Zealand prog rock.

And, finally, here's a good-looking Christmas gig: Flying Out's Claus for a Cause at Whammy this Friday night features a big lineup including Hans Pucket, the X-Features, the Echo Ohs and A Label called Success DJs. And it's all to benefit The Aunties!

Leisure have broken their silence with a groovy new tune that comes with a video featuring a heroic amount of nudity.

And now there's a remix!