I didn't go to Adele's first show in Auckland last night and, short of the freebie fairy paying a late visit , I won't be going to the others either. I don't mind Adele, but I don't have $300-a-ticket worth of affection for her work.

But I was fascinated when pictures started coming through before the show at Mt Smart Stadium. First by the in-the-round staging – I have an idea that's been done before at Mt Smart, but I've never seen it done so well. 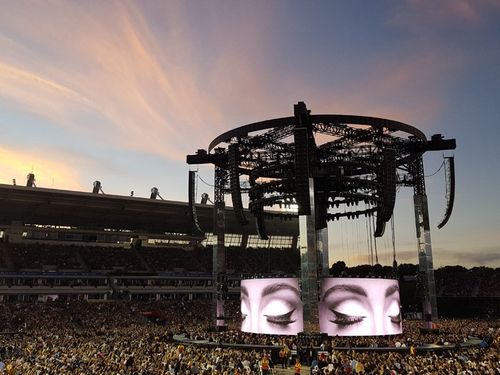 In the hours before showtime, the screens around the stage looped the same cryptic teaser that announced her southern tour:

There is, of course, art in those eyes too, and the internet is only too willing to tell you how to achieve "Hello Eyes" on your own face.

This is what you get at the top level of concert production: not only the artist's performance, but a presentation of that performance that has its own creative substance.

In that light, the best concert production I've ever seen remains Willie Wilson's extraordinary creation for U2's Vertigo tour. I'm not exactly a U2 fan, but I was genuinely moved at times by that show, as I wrote shortly after in 2006:

The key feature of the stage was a towering “beaded curtain” strung with spherical LEDs (MiSpheres, they’re called, and they were developed specifically for this tour) which can be programmed simply as decoration, or as individual pixels in a giant low-res video display. I have never seen anything like it.

When the UN Declaration of Human Rights scrolled across the curtain, I thought of An Inconvenient Truth and its dazzling Keynote slide show, and wondered whether, with this command of new communications technology, we’re seeing a new form of liberal speech. What would once have been deadly dull – a rock band reciting a manifesto, some guy giving a science speech – can now be vivid and captivating and large.

At other times, the arena had more the feel of a cathedral, with a titanic wall of stained glass at one end. Or, to put it another way, this was some of the grandeur and spirit for which people visited cathedrals before there was electricity. Either way, it seemed the kind of show only Catholics could stage.

There were startling and moving moments. As ‘One Tree Hill’ hit its stride, a beautiful pattern of koru motifs flowed across the curtain. The crowd went wild. Sounds cheesy? It wasn’t; it was a compelling way to accompany a song for a Maori New Zealander (I knew the late Greg Carroll – he was the kind of keen, capable, full-of-life guy everyone wants to do well). The local references strewn through the show – including the threading of lines from ‘Four Seasons in One Day’ into ‘Beautiful Day’ – were clearly a work of some care. It was a bit more than Hello Auckland!.

More often these days, a big show will feature very large, extremely vivid video screens – an innovation for which U2 can also take some credit (the first time I saw screens like that was at U2's 2003 Zoo TV concert at Western Springs, which I found pretty dull musically). When an artist can do more than just Really Big Television, it makes a difference. (I gather Adele's team shoots video of every city she plays to localise 'Hometown Glory', which shows an admirable attention to detail.)

In general, of course, productions will not be quite so huge, nor need they be. But creative integrity still matters. The staging for Nick Cave's show at Vector Arena in January – illustrated with projections onto a textured backcloth – was relatively simple, but it was in perfect sympathy with the music, through all its moods. It didn't make the music better (it was already great) but it made the experience of hearing the music better.

PS: if I'm reading Russell Baillie's tweet right, they solved the problem of getting Adele to her stage by sticking her in a road case and wheeling her there. She's a trooper.

#Adele in a box pic.twitter.com/qr9Hesajbr

My night out this week was Wednesday, beginning with the official launch of Songbroker, Jan Hellriegel's innovative new publishing and licensing platform. Jan wrote about what she's done and why for us earlier this week. Yes, Songbroker currently sponsors this post, but I genuinely think this is an excellent innvotation in a part of the music business that largely hasn't followed the rest of the biz in becoming more bespoke and flexible. And I have a lot of time for Jan herself. 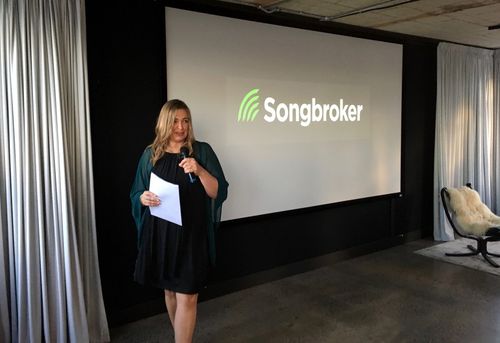 If you're thinking of using music in a screen production or even as part of an event, go and have a look at Songbroker and see if there's a New Zealand artist who has what you need.

From there it was up to K Road for the opposite of a launch – a closing down party. Tito Tafa's Rebel Soul Music has been the jewel in an otherwise dull arcade since it opened in 2015, but it hasn't proved sustainable and he's had to make the choice to close rather than renew his lease.

If it was a sad evening, it was also a great party, full of Tito's interesting friends, and I was a little slow to start my engines the next day. 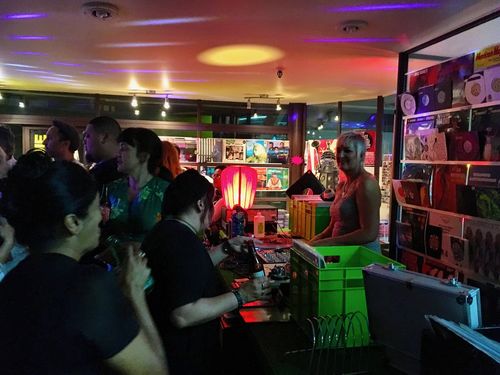 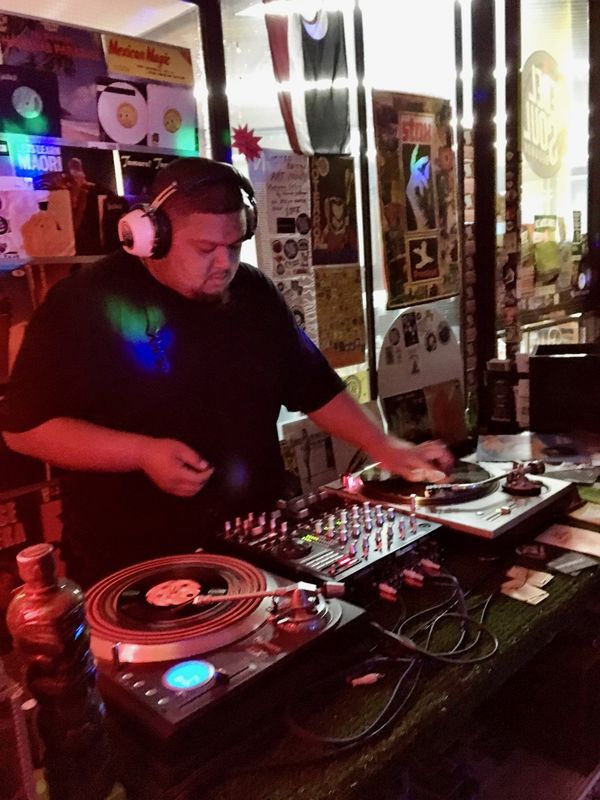 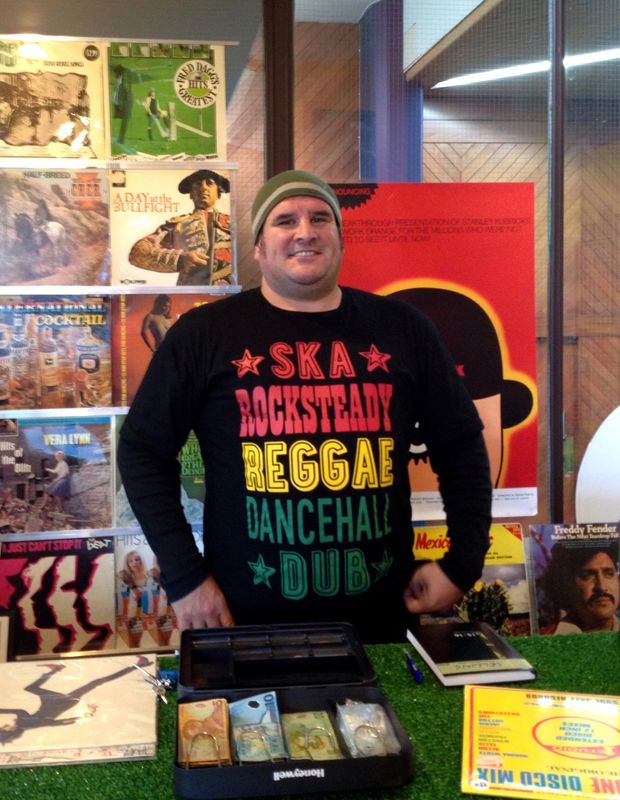 Ahead of tomorrow's Music 101 Alex Behan has posted a really useful report on how the music charts actually work these days. Which leads to the question: what are they for now?

J.P.S.E. are getting together for a one-off show at Avondale's Hollywood Theatre to pay tribute to their former bandmate, the late Jim Laing. And they have a pretty serious lineup of guests helping out: Buzz Moller, Matthew Heine, Robert Key and Shayne P. Carter.

I gather the idea for the public show came after the remainingmembers got together and played at Jim's funeral. The show is on Saturday April 22 and you'd best buy your tickets here without delay.

New Sola Rosa – and it's nice and slinky. The three-track single (including an instrumental an a capella) is just three bucks on Bandcamp. (Gah. Sorry, the Bandcamp player won't embed right now ...)

And here's a damn good jam – Jimmy Edgar has posted this bouncy bit of techno as a freebie on Bandcamp ahead of concerts in the UK:

Tom Scott has busted out an unreleased (Home Brew?) demo from the vaults. It's about smoking weed ...

And lastly, via the Ghetto Funk crew, a remix of 'Mama Said Knock You Out' in the traditional noisy-assed bass-heavy ghetto funk style. Boom! (Click through for a free download) –––