I'm pretty excited about going to the special SJD performance of the Saint John Divine album with a string quartet at Mercury Theatre tomorrow night. The version of this show they played in Wellington a months ago had Simon Sweetman in raptures and as he notes, we also get the bonus of a Shayne Carter solo set to open.

Tickets are available from Under the Radar – but just because it's you guys, I have a double pass to give away. Just click the email link at the bottom of this post and put "SJD" in the subject line. Because time is so tight, I will draw this by 5pm today, so if you haven't heard from me by then, you'll need to get on and buy your tickets like a normal person.

I'm playing some records in at Real Groovy Records earlier in the day tomorrow, from 11am till 1pm. I'll start with a little Dollar Brand and see where it goes. Meanwhile, Andrew Tidball, who books the DJs for the shop, asked me to write a little about the top five records in my DJ bag. That was fun to do.

And if you missed it earlier in the week, a post linking to the various parts in the video of last Saturday's warm, fuzzy and informative DJ Stories edition of IRL at the Golden Dawn in association with Orcon. We will definitely do that again.

Lawrence Arabia plays as part of Late Night Art at the Auckland Art Gallery next Tuesday, alongside the work of moving image artist Yang Fudong. It's a Pantograph Punch joint, so I'm sure it'll be sweet.

As part of promotion for the event, James performed a song called 'Just Sleep, Your Shame Will Keep' on Newsworthy.

Which put me in mind of the song we commissioned from him for the 2009 Christmas special of Media7.

I can't even remember half the scandals that seemed so important then ...

As part of the preparations for for the 50th anniversary New Zealand Music Awards, the original award – the Loxene Golden Disc awarded to Ray Columbus in 1965 – has been retrieved from the care of Ray's bandmate Billy Kristian. It's a very long time since it has been seen in public, but I held it in my hands yesterday. It's a really nice object: 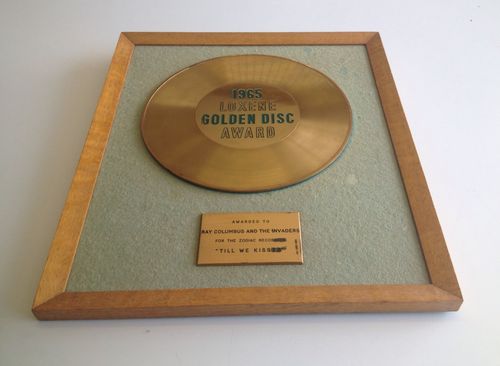 Audioculture has published my Flying Nun Prehistory – a look at how weird, arty Christchurch gave birth to New Zealand's archetypal indie label. I think we'll build on this largely untold story over time. Thanks to Jane Walker for coming through with some great photographs, including this one of her with fellow Basket Cases Olly Scott and Nicky Carter: 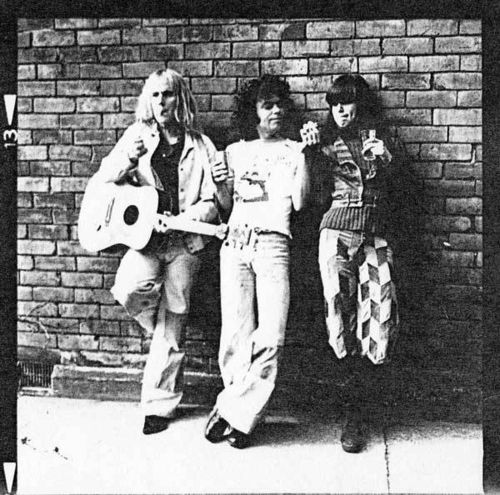 Does anyone have photos from the Gresham Hotel? We'd love those.

I got sent an advance copy of Jonathan Bree's forthcoming album A Little Night Music and I really like the way it's so boldly distinct from everything musical going on around him. The video for 'Murder' rather sums up that distinctiveness:

Just this morning, Leisure popped out a little preview of their debut live peformance at Laneway this summer. Two tracks, including this smooth jam ...

From their lovely new EP of digital soul, Groeni:

Dancefloor jazz king Mark de Clive-Lowe has released a remix album of last year's release Church, and it includes this pretty amazing piece of work by Jeremy Toy as his Leonard Charles identity (could Leonard Charles be considered a remix of Jeremy Toy?):

You can buy both Church and the remixes as a $20 bundle.

Baboom has the exclusive on Bailey Wiley's sassy, atmospheric new single 'Take It From Me':

The guys also made this bangin' 40-minute "premix" ahead of their performance at next week's Amsterdam Dance Event. Follow them on HearThis for the free download:

In a similarly funky vein, this little stormer (click through for a free download – you may wish to unfollow the overly chatty Hypeddit account again afterwards):

And finally, because Fridays are all about the kitchen-dancing, This great housey edit from a crew who got terminated on by Soundcloud this week and are now on HearThis. Free download: