From an October 2010 press release from the New Zealand Transport Agency, concerning progress on the Victoria Park Tunnel Project:

"A transparent noise wall will be erected early next year alongside the motorway through St Marys Bay ensuring that the iconic, pohutukawa-clad cliffline remains an important feature of Auckland's landscape. It is the first time the technology has been used in New Zealand ... The noise barrier will comprise around 500 acrylic 'soundstop' sheets chosen for their high transparency and resistance to weathering and ageing ... the overall effect of the installed panels will be to create a night-time science fiction landscape of eerie stillness and magical visual effects as the traffic glides past and the pohutukawa tower above. If you thought Silo Park looked trippy at night, wait until you experience the St Marys Bay walkway."

Actually, I made those last two sentences up, but the new walkway behind the acrylic noise wall is a visual treat at night. Here's some photos taken by Sophie, Jackson and myself during some cold June evenings, as we walked from Pt Erin to Jacob's Ladder. We used tripods, long exposures and three differerent types of camera: digital SLR, film SLR and a 16 megapixel digital compact. As technology progresses, it becomes harder to tell which image has come from which camera ... 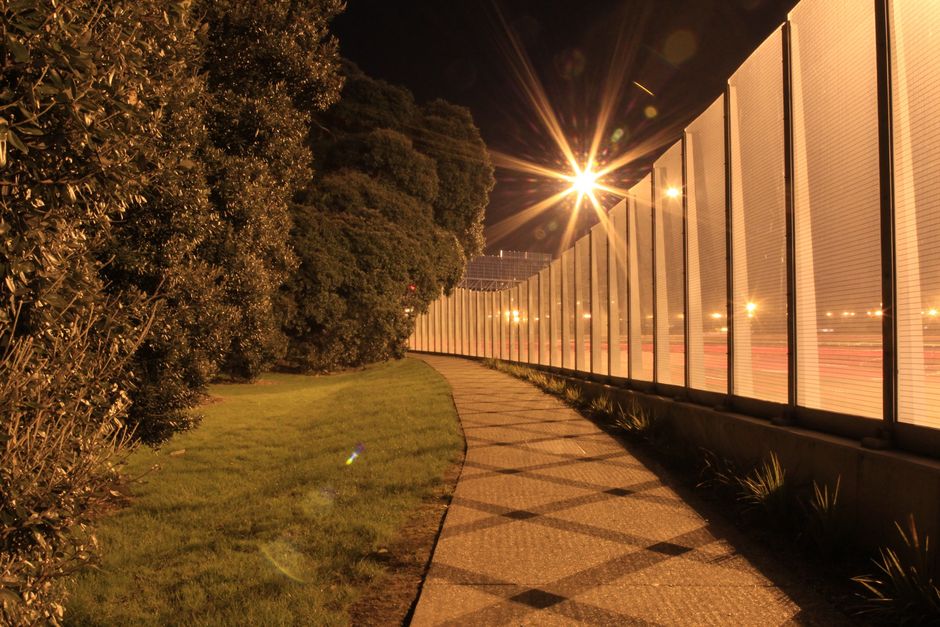 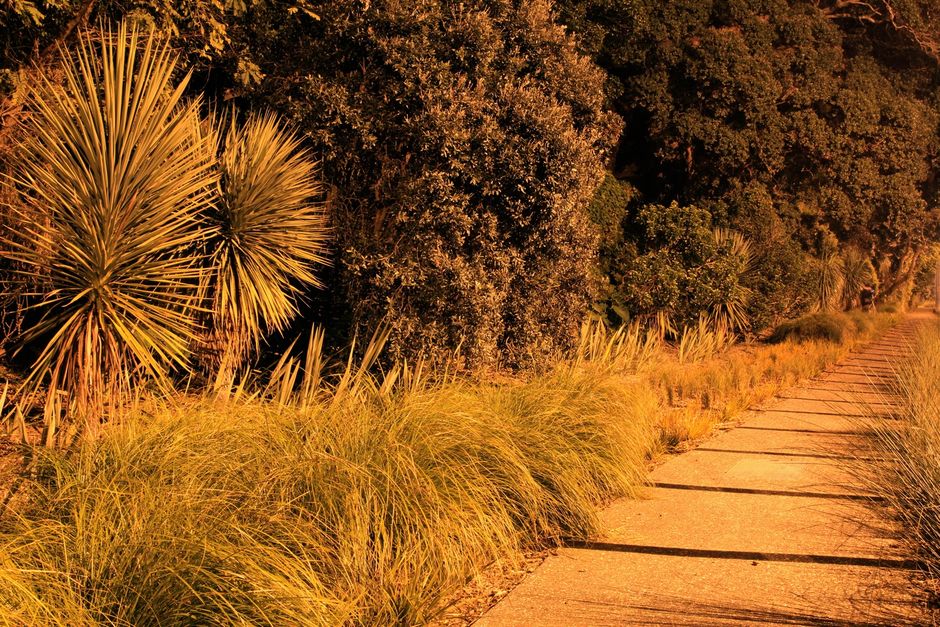 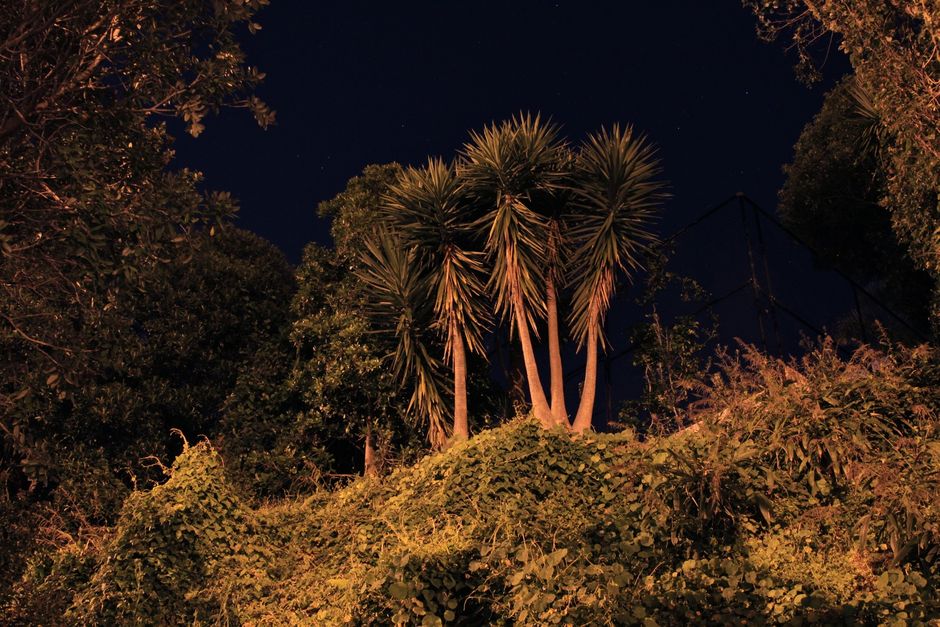 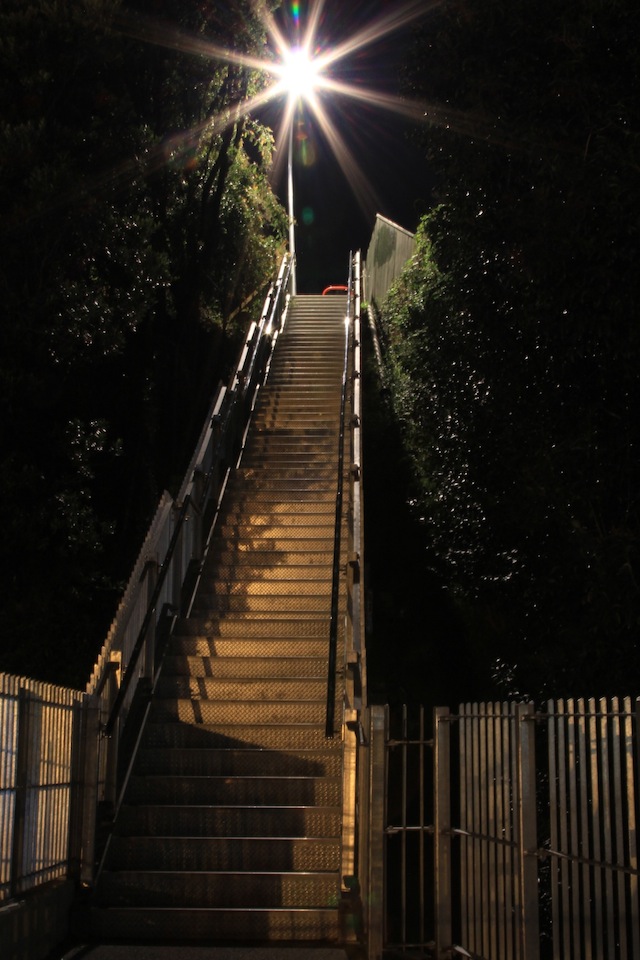 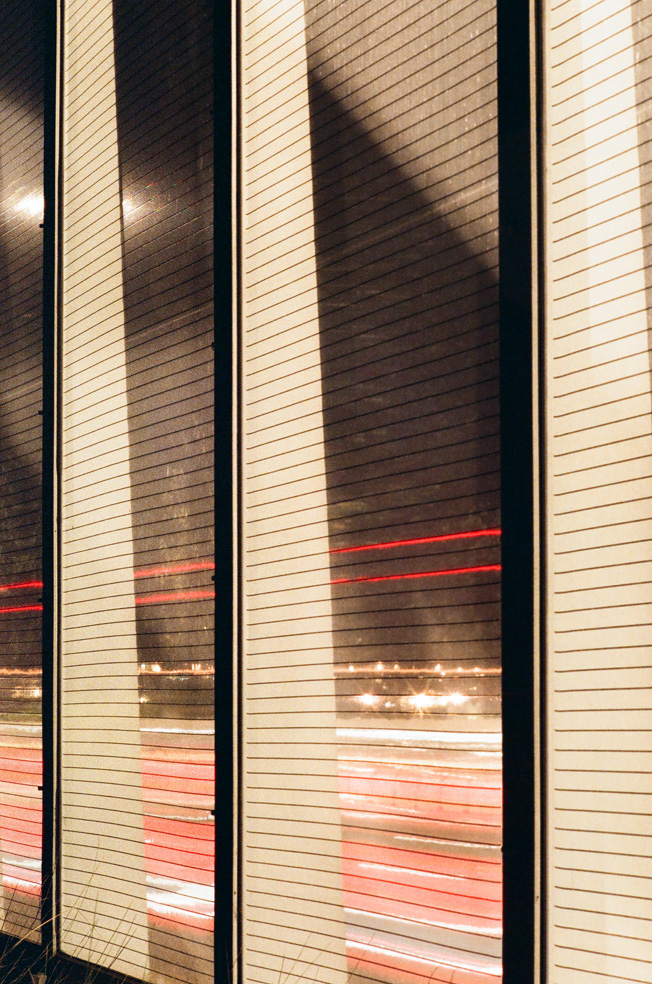 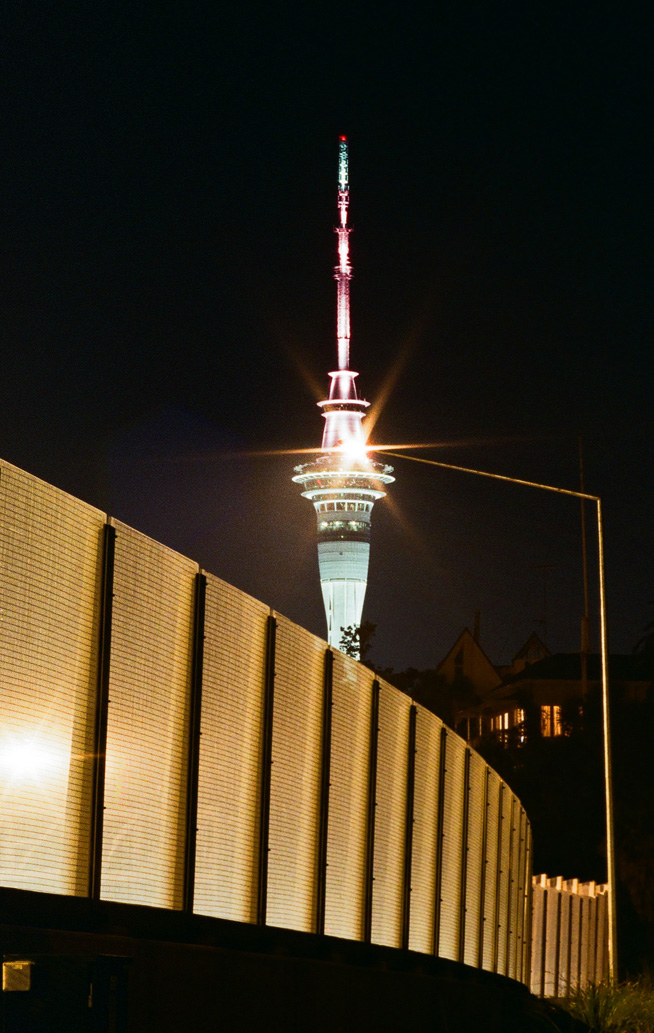 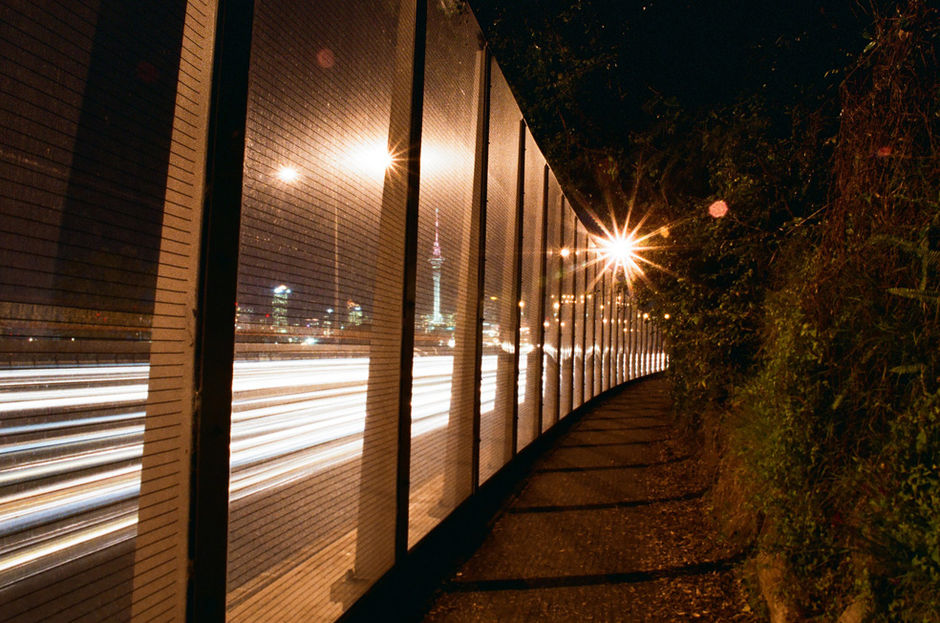 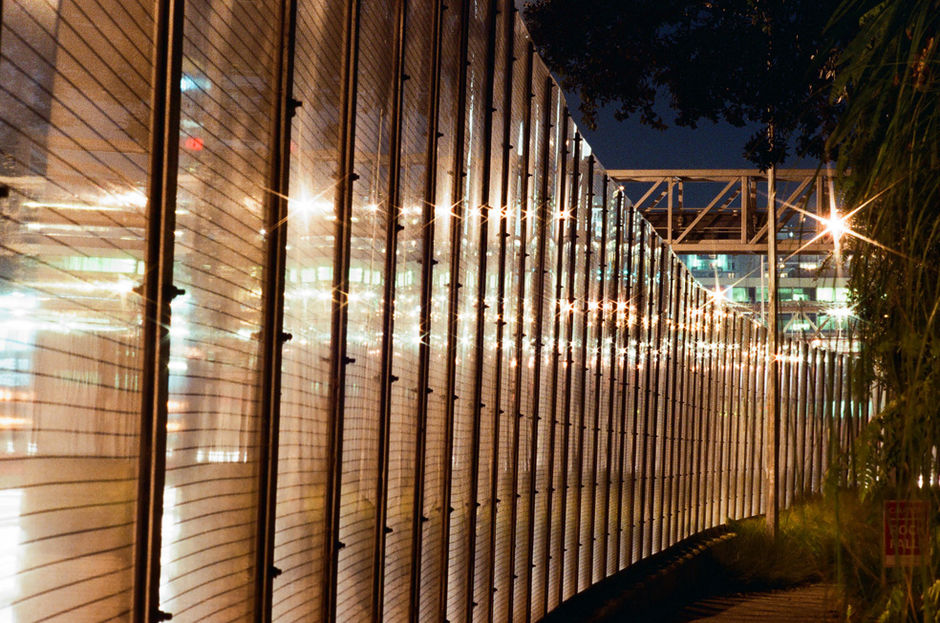 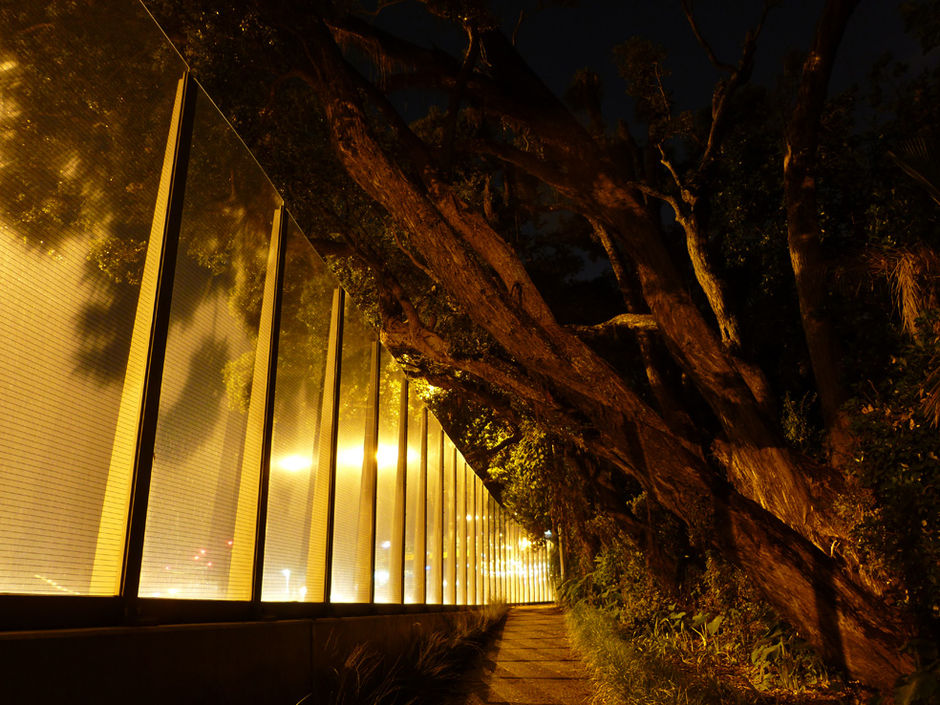 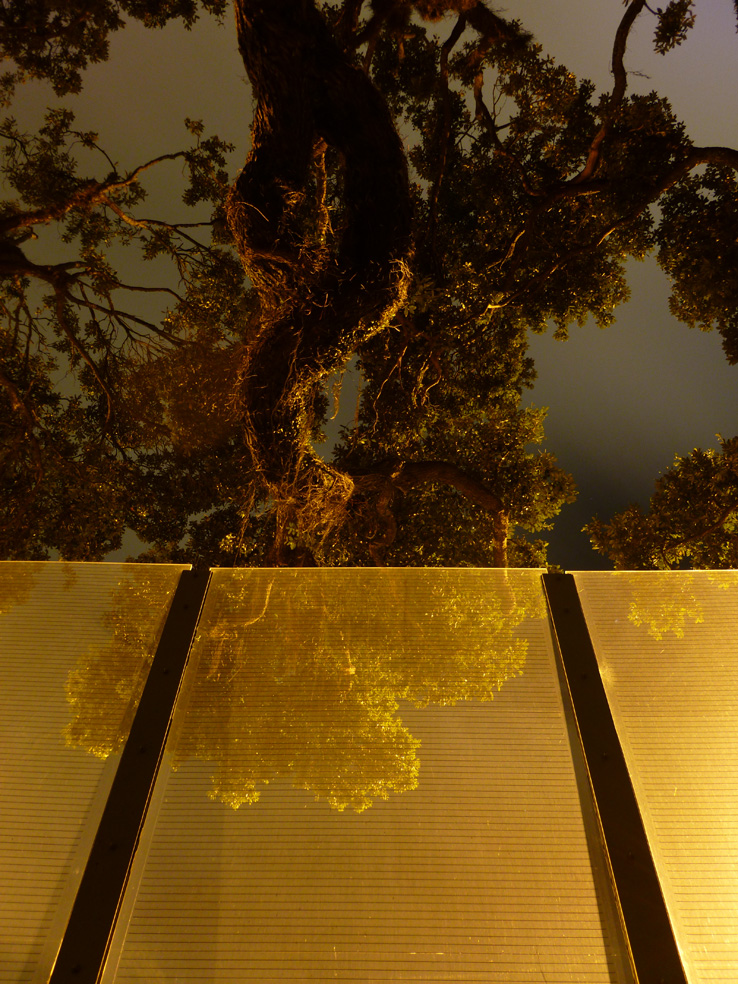 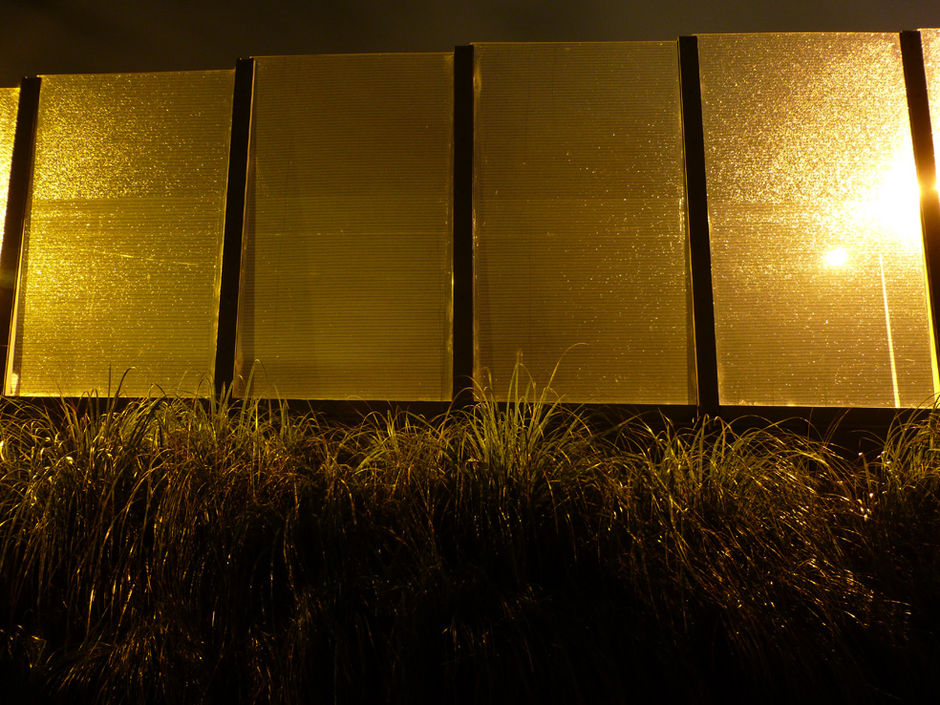