The forthcoming Rim Books publication of PhotoForum at 40: Counterculture, Clusters, and Debate in New Zealand will mark forty years since PhotoForum was founded. Perhaps the society no longer has the profile it enjoyed in its first ten years, when it published a bi-monthly magazine, but PhotoForum is still going strong. There is a comprehensive website, and frequent exhibitions. Books and periodicals continue to be produced with the highest possible production values, a goal that was aimed for but not always achieved when the magazine was in its 1970s heyday. 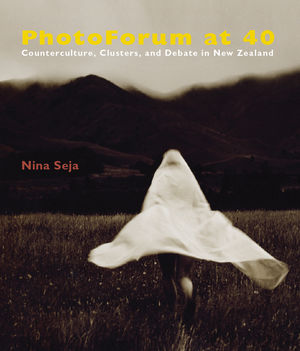 The quality will be evident when the printed copies of PhotoForum at 40 become available in late June. The 300-page book contains an impressive mix of history, photographs, documents, correspondence, interviews and cultural commentary. It also includes a chronology of New Zealand photography from 1950 to 2014, corresponding with a chronology of PhotoForum publications, exhibitions and activities.

To complement the book and the 40th anniversary, a Pecha Kucha night of artists’ talks will be held at Q Theatre from 7:30pm on Wednesday June 4. History in the Taking, an exhibition of selected photographs and ephemera, will be held at the Gus Fisher Gallery, in conjunction with the Auckland Festival of Photography, opening on June 6 and running for the rest of the month.

With these forthcoming events, the time seemed right to examine the legacy of the society, its present activities and future plans, with Nina Seja, the book’s author, and Geoffrey H. Short, the current director of PhotoForum and co-curator with Seja of the exhibition.

Looking back at PhotoForum’s origins, both Seja and Short agreed that if they were asked to name one central figure in the society’s history it would be co-founder John B. Turner, who set the tone and direction of PhotoForum at its inception, and continues to be an influence and inspiration now. 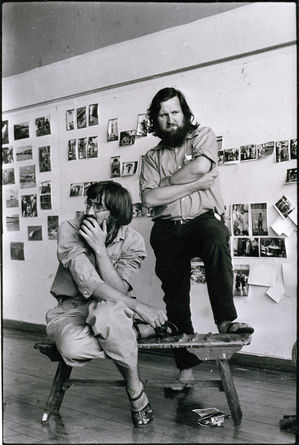 Turner moved to Auckland in 1971 to take up the role of lecturer in photography at Elam, and PhotoForum was founded at the end of 1973. Turner had already been involved in the publication of two periodicals, Photographic Art and History and then New Zealand Photography, between the years 1970 and 1973. It was an idealistic time, as the social and cultural impact of the 1960s belatedly washed over New Zealand, bringing fresh ideas and idealistic responses to new challenges.

The original intention of the society was to promote photography as an artistic and expressive medium, and to encourage co-operation and collaboration amongst the photographic community. It was also important to Turner and the other PhotoForum founders that photography in New Zealand should be liberated from the strict rules and ethos of camera clubs and the influence of pictorialism.

It was time for a new approach, although the first edition of PhotoForum magazine in February 1974 fell back on a proven attention-grabbing device, by putting a nude on the cover. It was a deliberate attempt to draw attention to the new society, and create controversy, although in some towns it only pushed the magazine immediately onto the top shelf or into a paper bag under the counter. But with subsequent issues the magazine established itself as a channel of communication for a receptive national audience, many eager to contribute their own work as well as view the best images from the whole country. 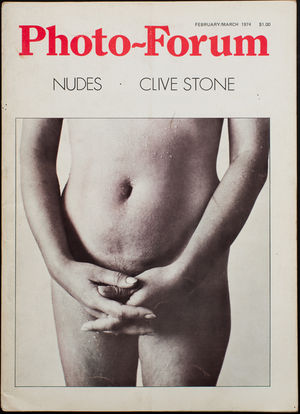 PhotoForum was building a community, and Turner was at the centre of it. His home became a social hub for photographers, and his personal collection of photography books and periodicals was far more comprehensive than the Elam library could offer at the time. Turner acted as both mentor and critic of aspiring photographers such as Lucien Rizos, who felt that Turner was PhotoForum, and that “he, single handedly, made me feel that I was doing something worthwhile.” However it wasn’t all good vibes. Tensions erupted as some found favour with PhotoForum, and others felt overlooked, left out of the loop, or dismissed entirely. To Turner’s credit he reached out to the critics, published their views, and invited them to participate.

PhotoForum may have raised the profile of photography, and helped launch some careers, but it wasn’t as if fortunes were being made. The first issue of PhotoForum lost money and it was a struggle to keep the organization and a bi-monthly magazine afloat based only on society subscriptions, limited print advertising and magazine sales alone.

The issue of funding continues for PhotoForum today. The society has always depended on volunteers and Geoffrey Short admits that people who become involved often burn out, as there are too few people doing too much of the work. Sometimes people want to become involved but are put off by the traditional society structure. There are formalities to be observed, with meetings and minutes. However Short sees advantages in the society maintaining this approach and sustaining itself, rather than seek funding, which is great while it lasts but disastrous if it ends unexpectedly. As an example, Short points to the Queensland Centre of Photography, which was forced to shut its exhibition venue in Brisbane when state funding was cut in April this year.

Our discussion turns to the forthcoming exhibition. Short is planning to base the photographic selection on photographs chosen for the book, others from the University of Auckland collection, and archival material from the PhotoForum archive and John B. Turner’s collection. The material will be displayed in a sequence that will tell a visual story and allow the viewer to make connections. One aspect he wants to emphasise is the progression between the tentative early works and confident later works of the photographers. Original prints will be used if they are available. Some viewers may be surprised how few of the earlier images were printed any larger than 8” x 10” size, either for reasons of economy or the limitations of the darkroom equipment.

The potential and limitations of technology have gone hand-in hand with photography since it was invented. High quality is now available to anyone with the means to pick up a camera and shoot, so where does PhotoForum now fit with the new photography? Nina Seja agrees that the digital age means photographic images are everywhere, but feels that many are like junk food, immediately gratifying but they don’t hold the attention. Short mentions the photographic academic and historian Fred Ritchin, and his theory that what we now call digital photography actually needs a new name, one that will encompass the aspects of digital images that we take for granted, such as immediacy and accessibility. It will take time, but the new name will eventually emerge. For now, Short believes that PhotoForum has stayed true to the vision of its founders, and will continue to have a role in mentoring photographers, encouraging personal expression and the creation of worthwhile images that will have resonance in the future. 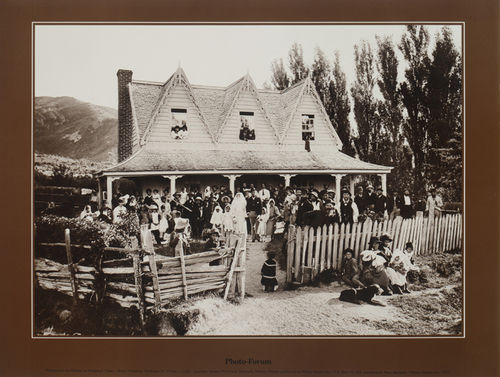 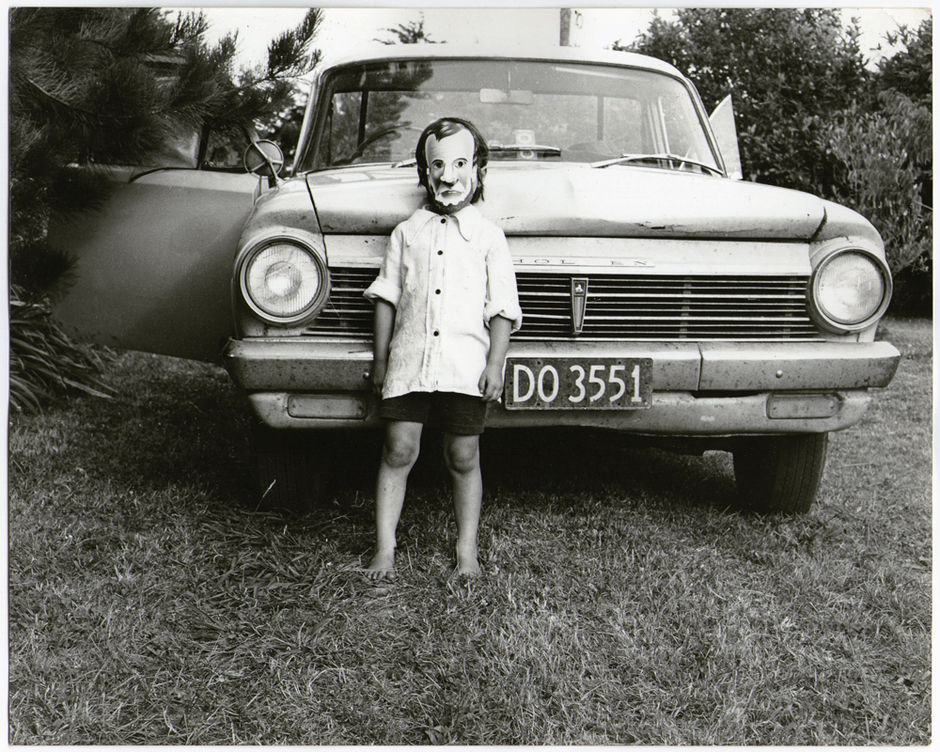 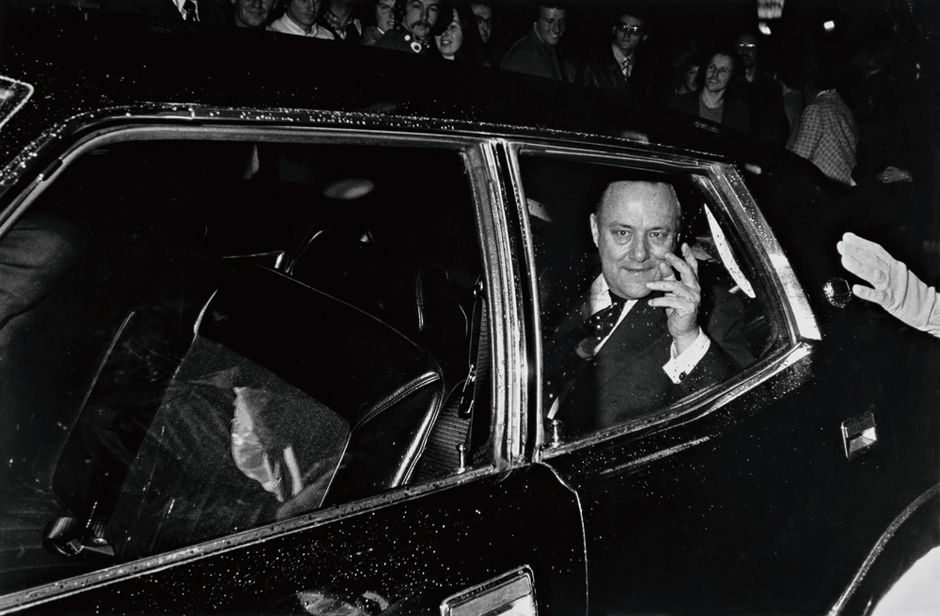 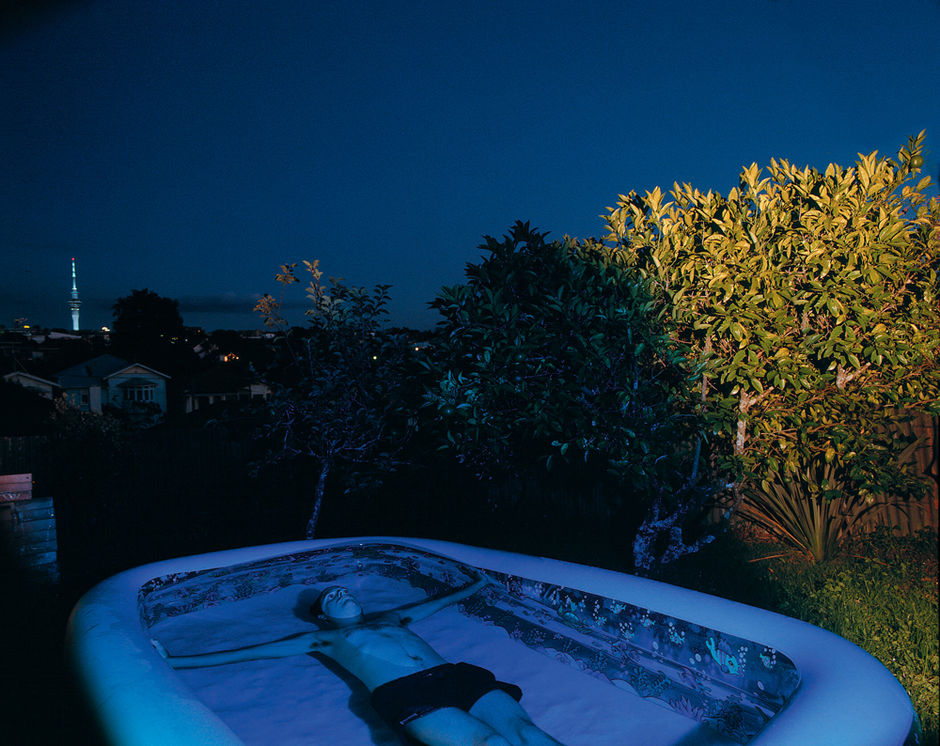 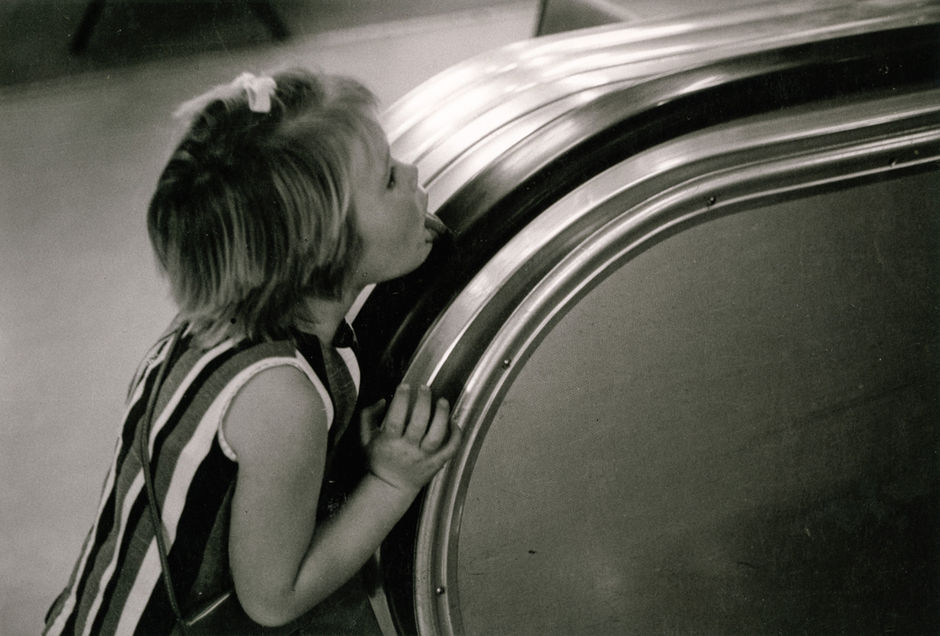 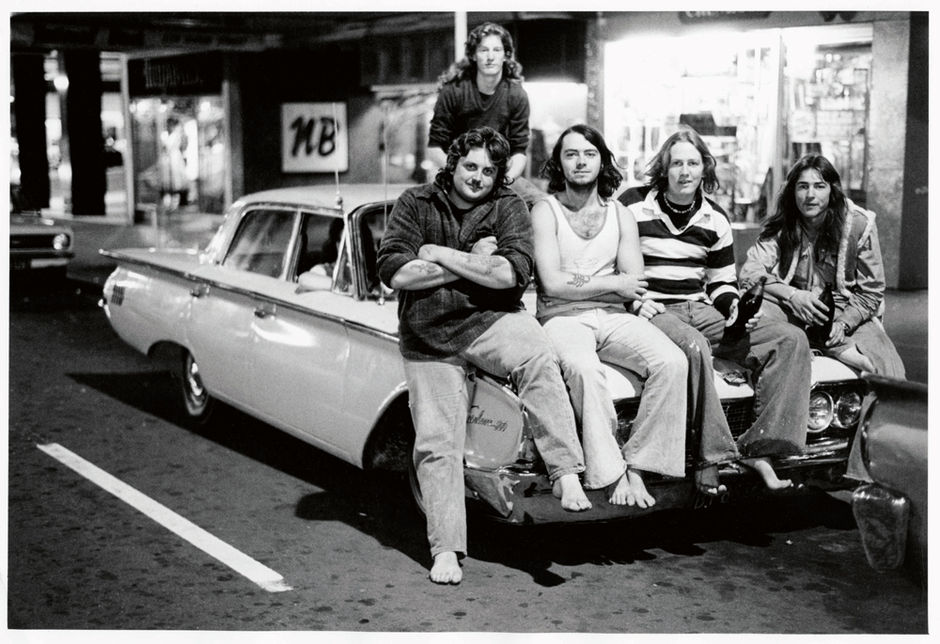 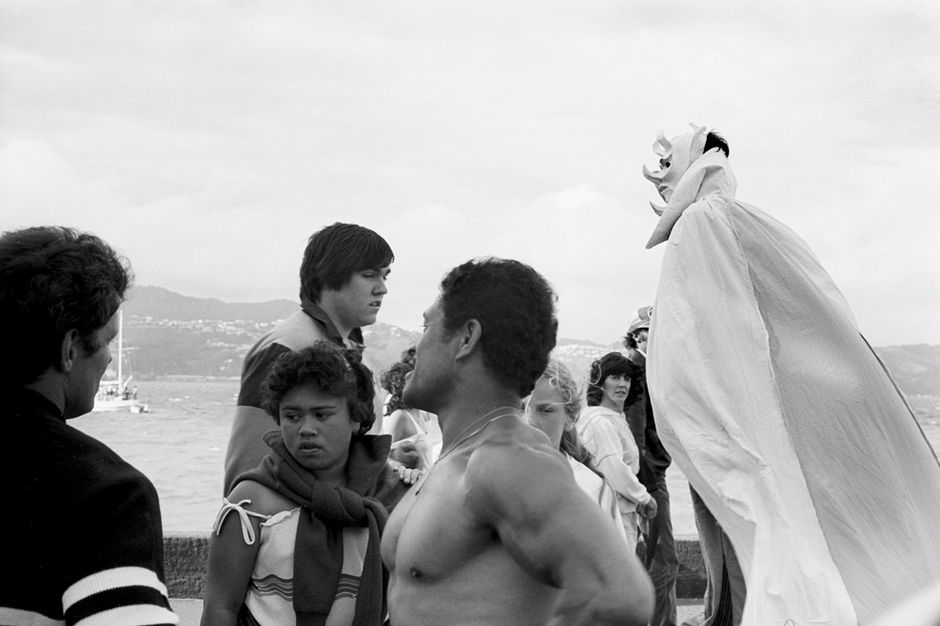 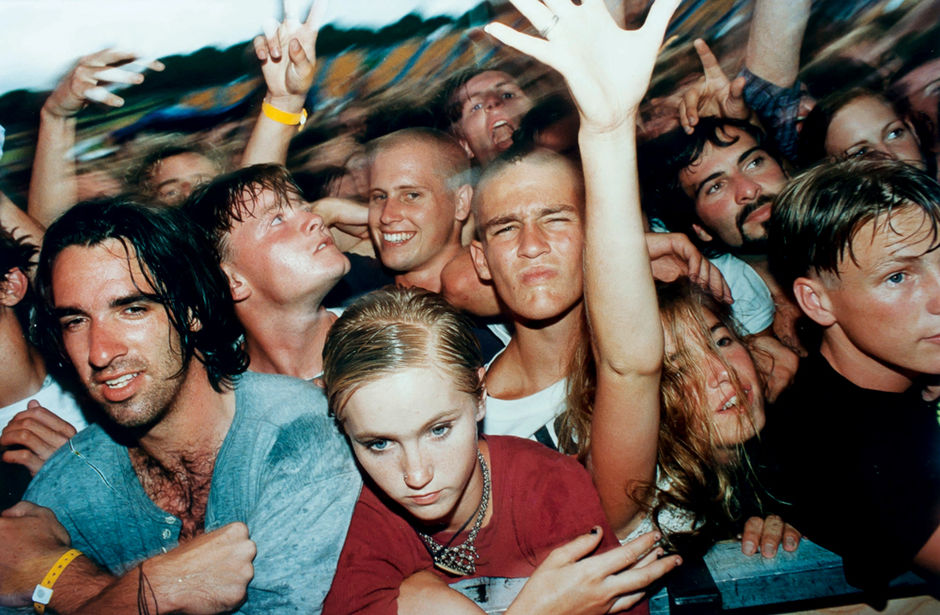 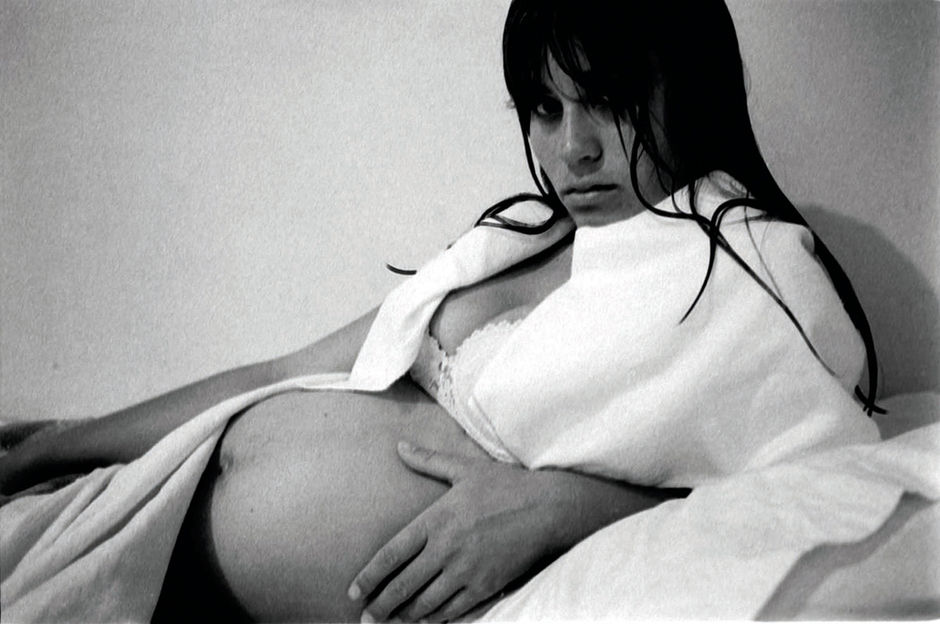