This week we are very pleased to welcome Murray Cammick to Capture with a selection of photographs from his Flash Cars series.

We hope they will inspire you all to share your own captures of flash, or not so flash, cars in the comments.

I photographed V8 cars and night life in Queen Street, Auckland for about five years from 1974 to 1979, starting as a photography student at Elam under the esteemed tuition of John Turner and the late great Tom Hutchins. As I took thousands of photos in a very visually stimulating environment it is hard work sorting them out. For this series I wanted to expose photos that had never been seen before and not a part of the two "Flash Cars" exhibitions I did at Snaps Gallery in 1976/1977. In the same year as the second exhibition took place I started co-publishing RipItUp magazine and my lens became more focused on the music scene than Queen Street, but I do recall checking out Queen Street after attending shows, to see what cars were in town. I would park my Morris 1000 in a side street before checking out the main drag. Thanks to Alec for helping with the captions and I would like to contact people who appear in these photos, so if you or your car appear here please contact me at m.cammick@xtra.co.nz. 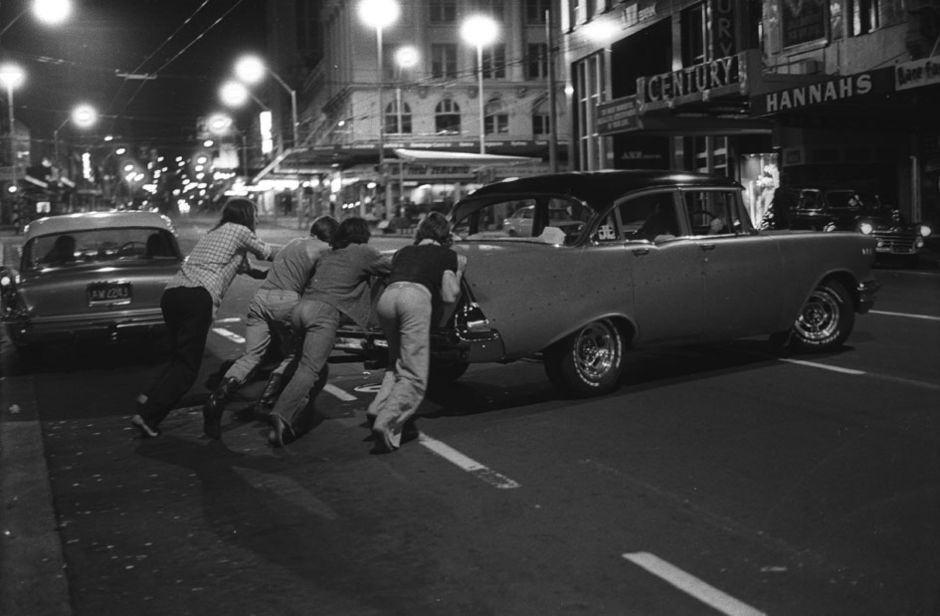 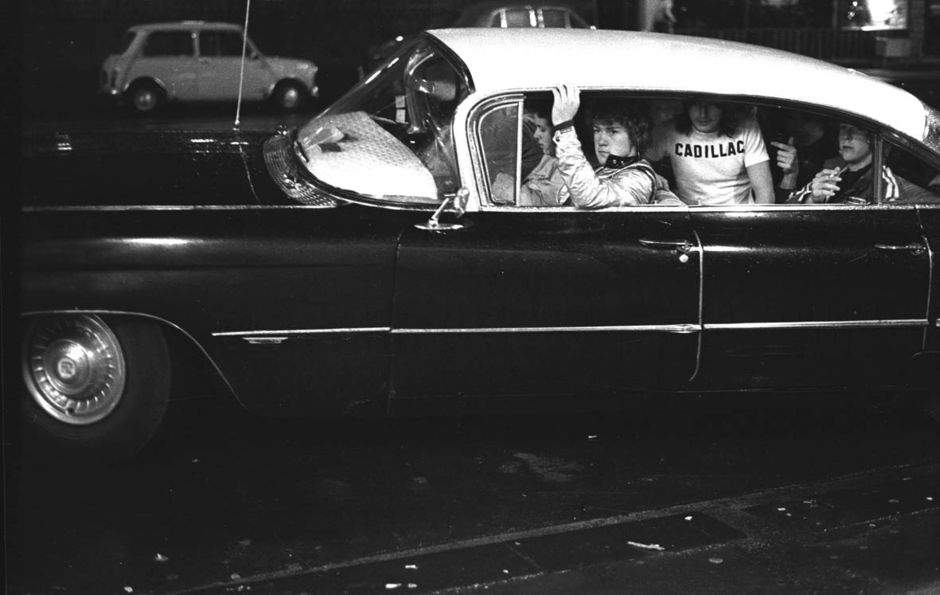 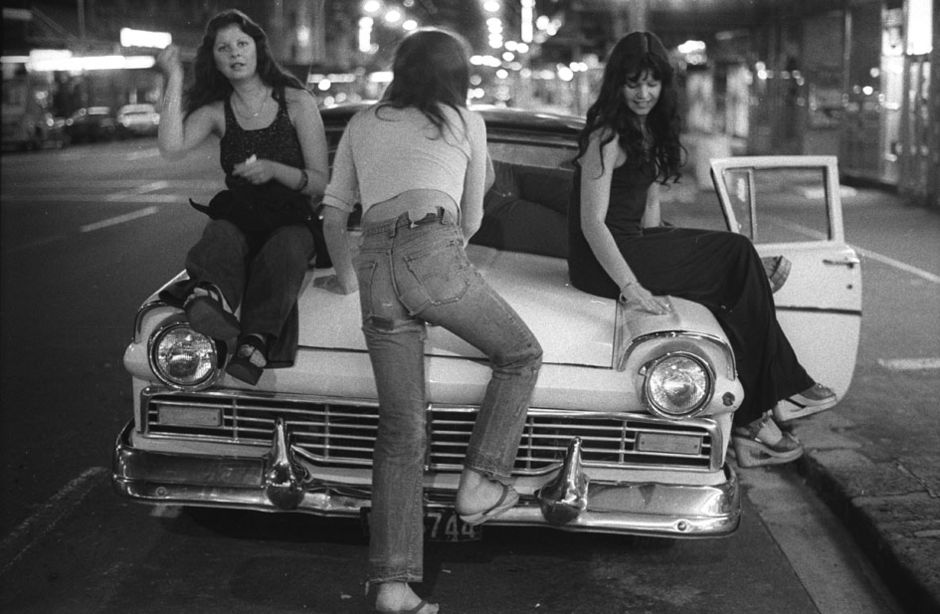 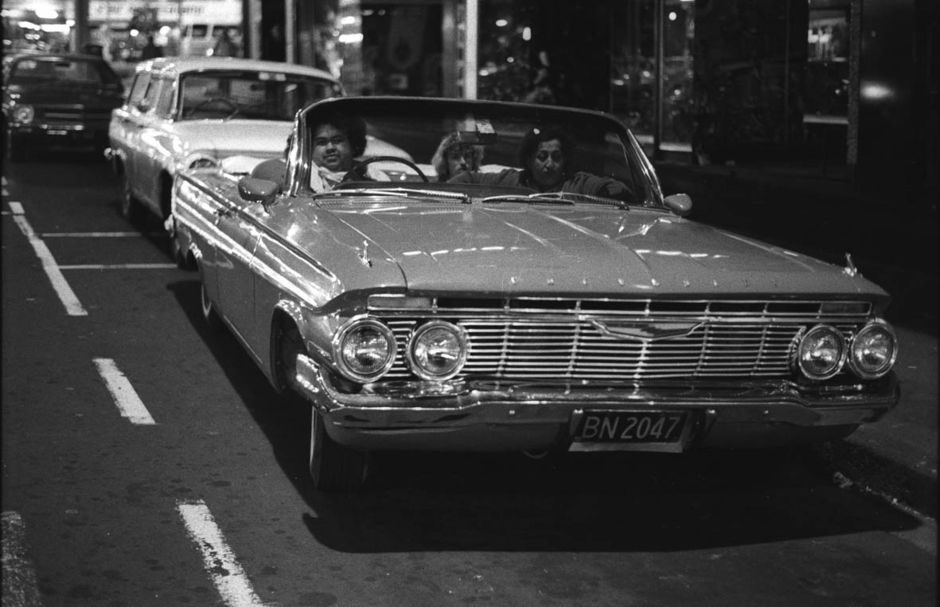 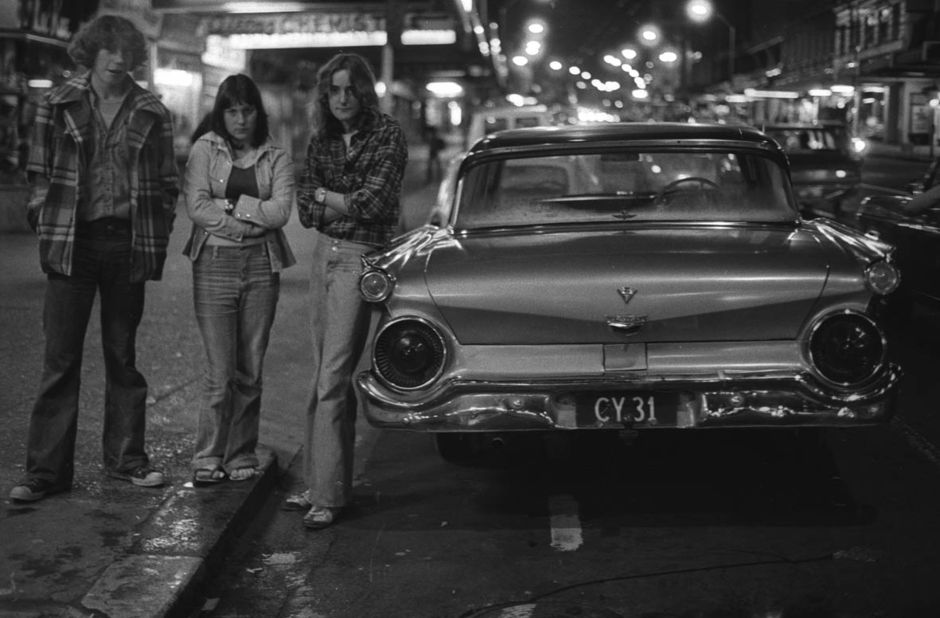 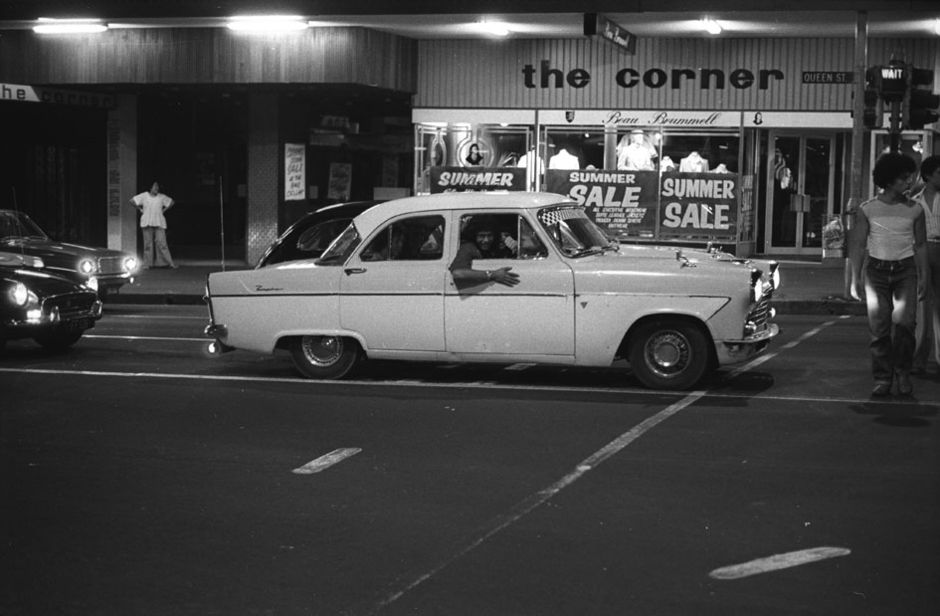 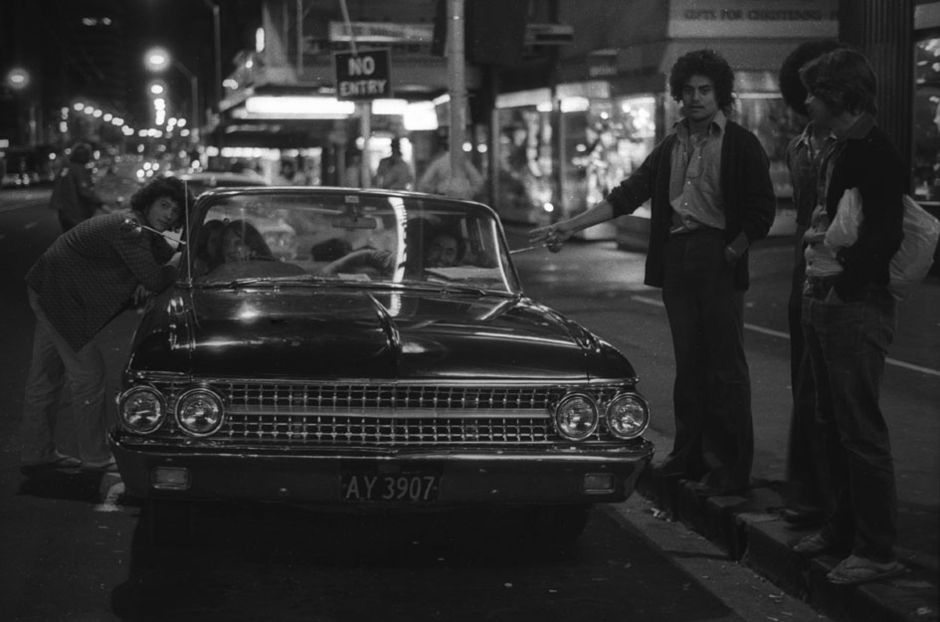 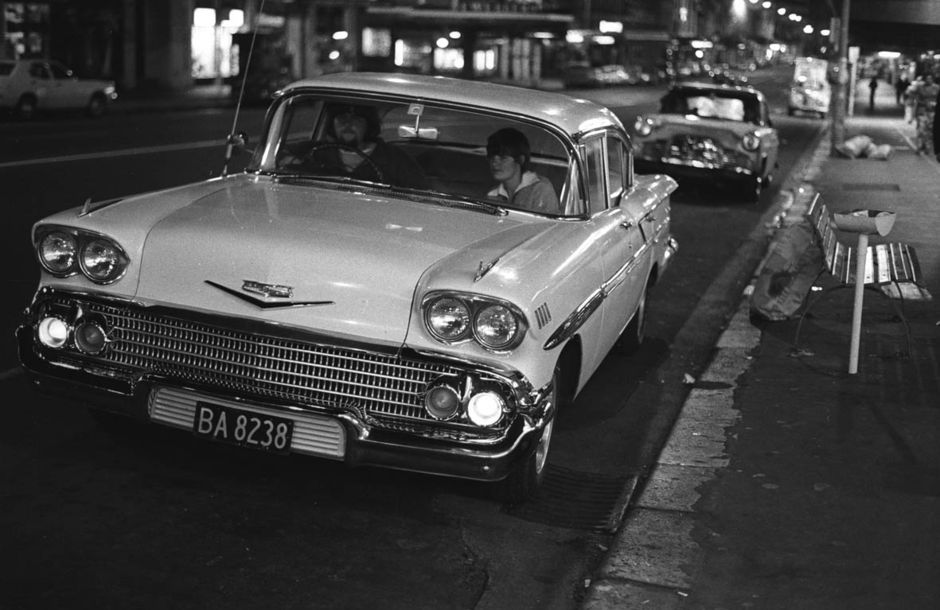 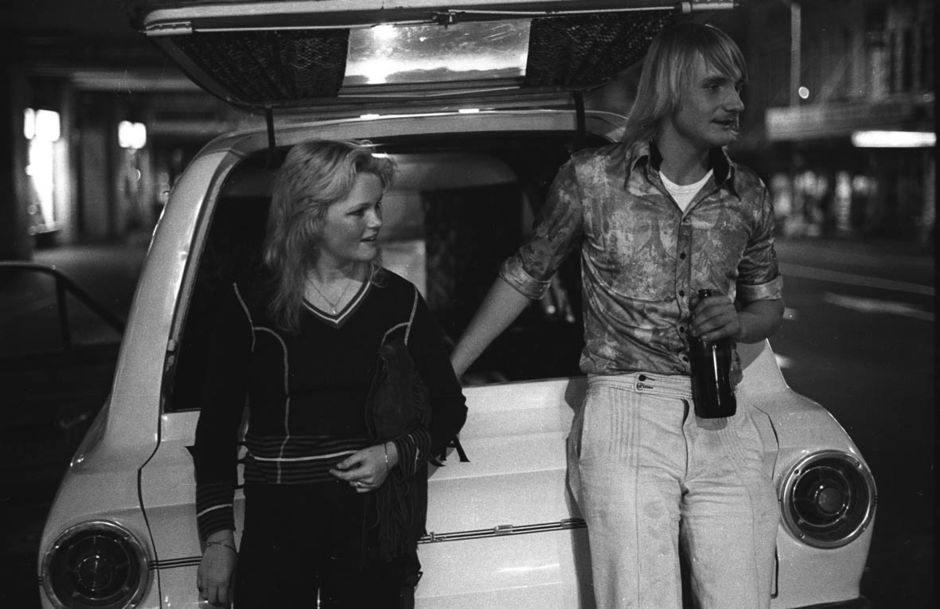 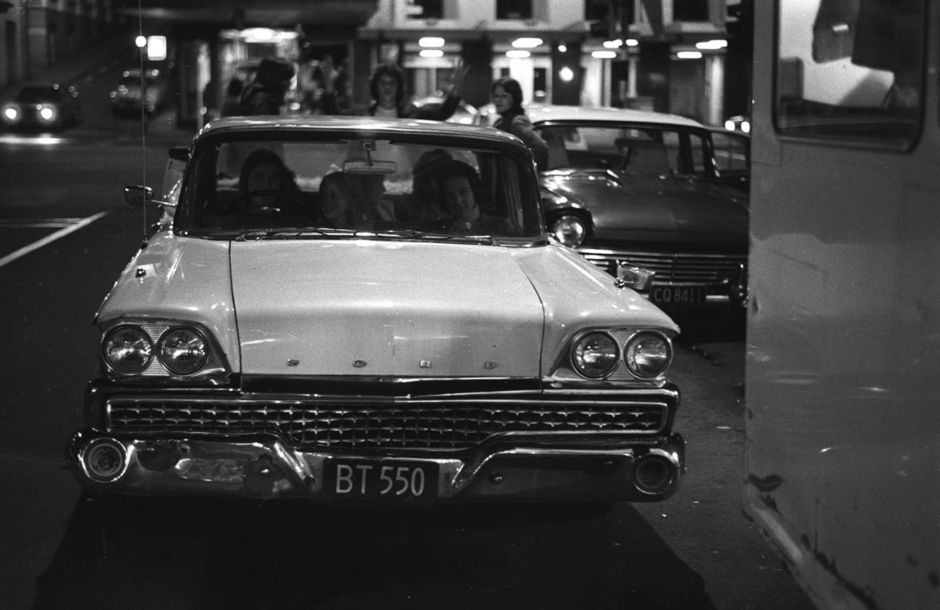