The thoughtful and softly spoken Anthony Powell has spent a large part of his working life in Antarctica, both as a telecommunications engineer and more recently as a film-maker. His feature length documentary ‘Antarctica – A Year On Ice’ is about to make its debut at the New Zealand International Film Festival. Powell is one of those admirable low-key New Zealanders who can turn their hand to practical solutions when presented with a challenge. Captivated by the idea of photographing with time-lapse to catch the shifting moods of Antarctica, Powell built his own camera controlling equipment in the best traditions of no. 8 wire ingenuity. The results on screen, of time condensed from days into seconds, accompanied by subtle movement, are breathtakingly beautiful.

I asked Anthony if he was a photographer before he first went to Antarctica in the late 1998. “No. I’d always been interested in cameras and photography but I didn’t buy my first SLR camera until about two years before I went to the ice. The first two years (in Antarctica) I was shooting slide film, and there’s nowhere to develop the film, so you spend the whole year shooting stuff, with no idea if you’re doing it right or not. You have all the films developed when you get off the ice, discover all the mistakes you make, and go back and do it again. But by the third time I went, the digital technology had reached a point where a digital still photo would hold up on a movie screen, so at that point the learning stage accelerated rapidly.”

I remarked to Anthony that this was not a movie that could have been shot on film, unless it was made by someone with a Hollywood budget. “Oh yes, it would be ridiculously expensive for anyone to do it on film. Plus there are technical limitations with film down there. In the summertime you can get away with it but in winter, in the more extreme cold, I was running into problems. The film would freeze in the camera, become brittle, and snap. And as you wind the film in the zero humidity you get electrical discharges in the camera, that appear like lightning bolts in the image.”

Did your earlier digital images match up with the later images, when the evolution of camera technology has been so rapid? “Yes, the earliest time lapse in the movie is from 2004 and you really can’t tell the difference. But the biggest technological improvement in the last few years has been in the night shots. With earlier cameras the noise level at night was pretty horrible but after 2005 the DSLRs started to get better than film for the night shots.”

The night shots are one highpoint of the movie, especially the myriad of constellations wheeling above the satellite domes of the telecommunications base on Black Island. It seems there was no enhancement of these shots, or of the luminosity of the Aurora Australis. "No, when we worked on the colour grading (film post-production) at Park Rd, I tried to get it as close in the film to what I was seeing with the naked eye at the time."

You built your own equipment to carry out this project. Was that a matter of necessity or budget? “It was out of necessity. When I first started shooting the time lapse there was no commercially available camera controller at all. I created the parts out of spare electronics myself to control the camera shutter, built up a few little circuits. When it came to motion control, when I started to get more practiced at what I was doing, the cheapest unit was up around $10000. But those are useless in the winter down there, because anything with a rubber drive, the rubber goes solid, or snaps. I resort to the simplest technology possible – directly driven wheels, a pulley, or a string around a pulley to pull the camera along. Basically, the simplest works best."

"In that environment, the main thing is to have a good reliable power supply - a lot of batteries stop working once you get down to about 40 below but lead acid batteries are pretty reliable down to minus 60 or 70 as long as they don't crack open from the cold. You get down to about minus 20 and you can hear the camera shutter start to strain a little bit, but you can still get way with a photo every few seconds right down to minus 40”

How long was a typical time lapse shot? “It varies. Shots with people or equipment don’t run much longer than twenty minutes, but there’s others over twenty four hours as the sun goes around. The longest is the pressure ridges in the ice in front of Scott Base, which is only nine seconds in the film but it took five months to film."

Apart from the technical wizardry that has brought such images to the screen, the other aspect of the movie that impresses is the portrayal of the people who live and work at the United States facility McMurdo station, and the New Zealanders over the hill at Scott Base. At McMurdo we hear from people with ordinary jobs such as Dave the fireman, Genevieve the fire crew dispatcher, and Christine the financial controller (who is now married to Anthony). The crew who winter over are particularly reflective on how the months of isolation and total darkness affect them, while joking about any signs of 'T3 syndrome' such as mood changes and forgetfulness.

I asked whether there was any psychological screening of the people who winter over at the bases. "Not so much at Scott Base, but it's covered in the job interview. For McMurdo, you have to sit down with the shrink, and the 'psych eval' sheet, and they work out if you're going to fit in or not. There have been troubles with people in the past. They look out for that as much as possible."

I was impressed to see that all the waste from McMurdo is packed up and shipped out at the end of the summer. Is it environmentally pristine down there? "Yes, and it wasn't always that way. In the 1950s and 60s they used to dump the waste in the sea, and have big bonfires and burn the trash. These days, the degree of protection is very high - when you're out in the field you have to use a pee bottle for example."

The end of winter on the ice is signalled by the arrival of a fresh crew of new (and tanned) faces. The crew who have wintered over get their first taste of fresh fruit in months, and there is some discussion of what they will all seek out when they arrive back in Christchurch. There is a longing for smells and tastes - the smell of soil, of flowers, the taste of avocadoes and blue cheese. I asked Anthony what he missed most and looked for on his return. "I don't miss much - fresh fruit and veges, the ability to sleep in and not worry about anything. I miss my family and friends. But as Andrew says, (Andrew is the comms technician at Scott Base, and one of the people interviewed in the film) 'I will have a decent sleep for a few days.' When you're at Scott Base it's a little bit like being the engineer on a ship. You're constantly aware and attuned to the building, and the things going on. If you hear a slight change in the pitch of the generators, you might think 'uh-oh' ... you're never quite one hundred percent relaxed."

Anthony Powell's 'Antarctica - A Year On Ice' has it's World Premiere at the Civic in Auckland, next Sunday July 21 at 11:00am, as part of the New Zealand International Film Festival. There is a further Auckland screening at the Civic on Tuesday July 23 at 6.15pm.

Further screenings take place as the Festival makes it's way around New Zealand between July and November. See the NZIFF website for details.

Anthony Powell's websites, with many images, films and background stories, can be found at antarcticimages.com and  frozensouth.com 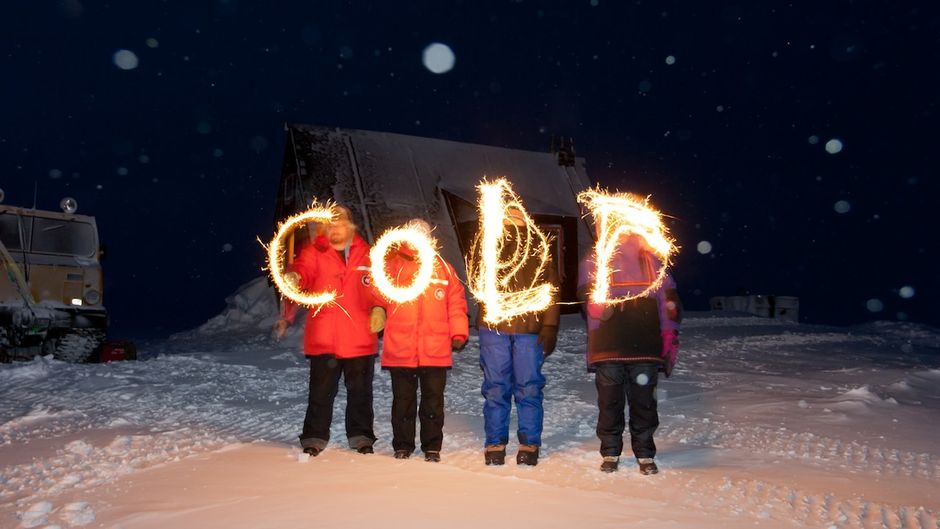 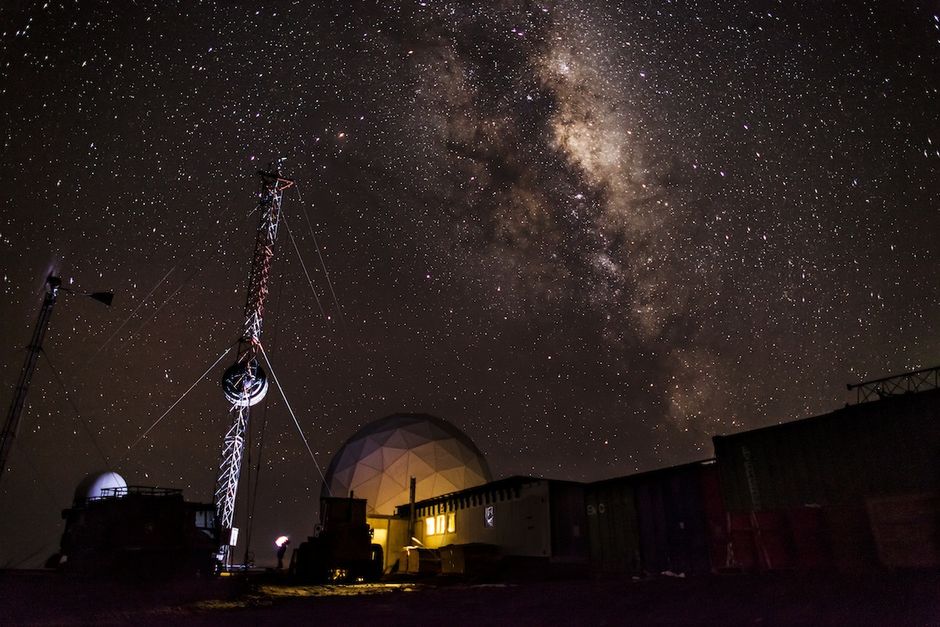 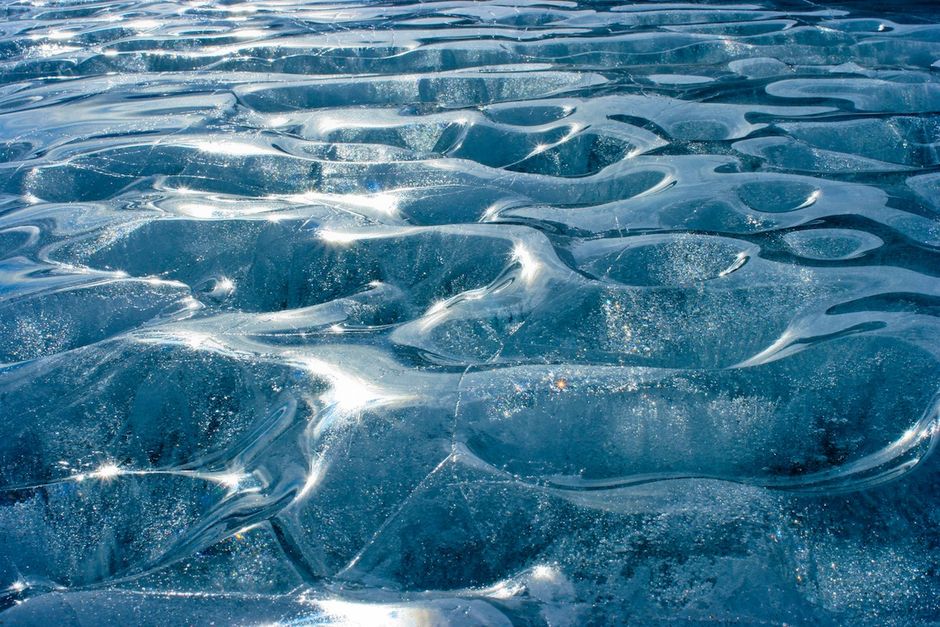 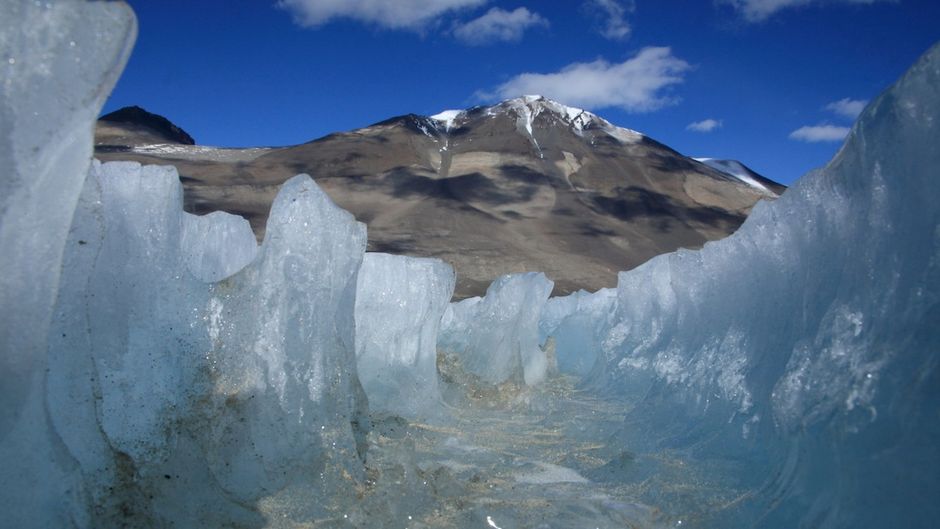 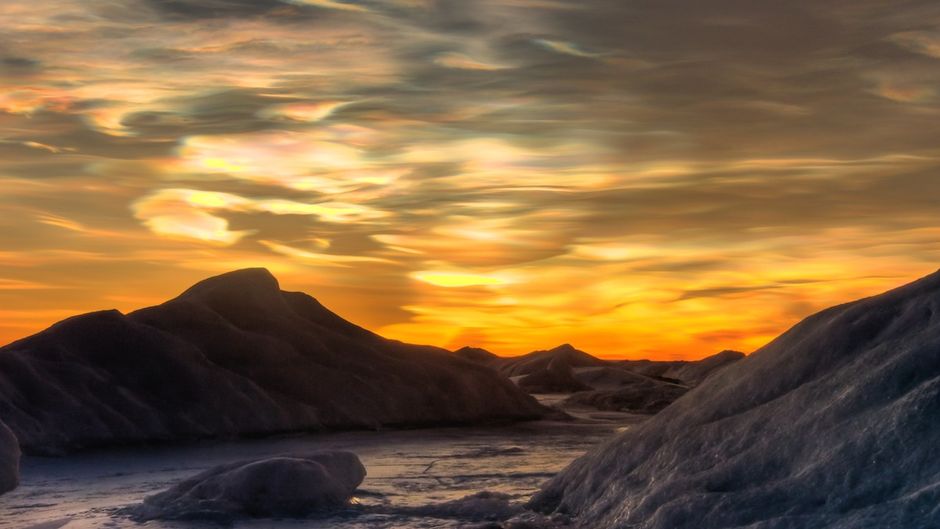 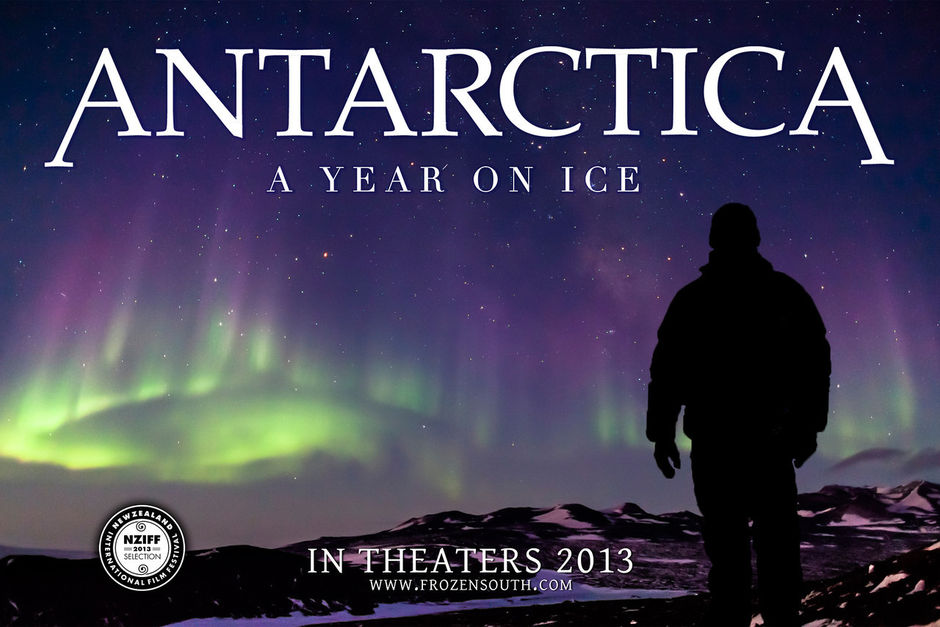