Like everyone, the film and television industry is facing unprecedented impacts from the pandemic, with hundreds of productions suspended and thousands of workers unemployed. But I wonder if, for some of the big names, it’s a sneaky holiday, a time away from the relentless publicity hustle.

Over the years doing entertainment interviews for the NZ Listener, time allowed with subjects became shorter and there was, invariably, a PR person policing the conversation. You might be one of 10 journos in a queue or required to take part in a shared interview; I was once on the line with David Attenborough and five other reporters from the Asia-Pacific region.

I was promised 10 minutes with Australian actor Essie Davis, who plays glamorous 1920s detective Phryne Fisher, and got seven. She was promoting Miss Fisher and the Crypt of Tears, a film spin-off from the TV series that never made it into theatres here, but is now available to rent on streaming platforms. She has an accent like an NRL player and she was, briefly, lovely. 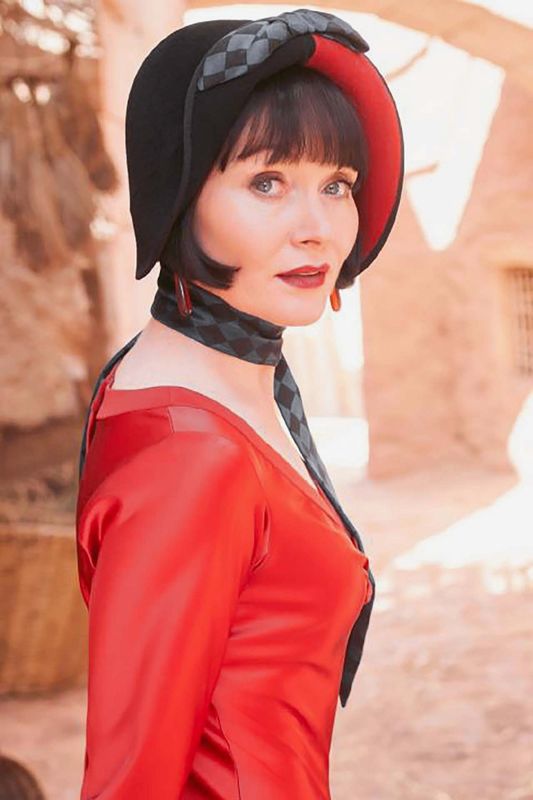 The TV series finished in 2015, so did you ever expect to be stepping back into Miss Fisher’s immaculate shoes?

We had been talking about making a film, or film-length episode for a long time and when [writer and producer] Deb [Cox] eventually came up with a story that we thought was cinema-worthy, we went for it. It’s quite delightful to step back into her shoes, but in an altogether bigger adventure and to take Phryne into the world, because she is such an international woman. You don’t have to have seen the series, the film in itself is a complete story. It continues on from where the series left off, but no-one is missing out.

Was it quite different from making the TV series?

Absolutely. Everyone had to raise their game, and raise the bar and everything had to be on a grander scale; there had to be action, intrigue and not only wonderful period houses and cars and immaculate costumes and amazing scenery, but to have a really powerful adventure to go on. Shooting in Morocco was amazing and being in the Sahara Desert and creating the kind of action sequences that we could never have done for television.

Did you do the stunts yourself and did you ride the camel?

I did ride the camel, and I did lots of stunts. A lot of the CGI in the film is rubbing out my harnesses, trying to get those harness lines out of my red-patterned top.

You’ve had some pretty great roles, but Phryne looks like the most fun one to play and not just because of the wonderful costumes – is she a highlight for you?

She is a highlight, because she’s such a buoyant and joyful character and there is something that gives you energy in that joy and her naughtiness and her incredible wit and intelligence. She is delightful to play and to get to wear beautiful costumes and to still be essentially an independent and amazing and iconic feminist as well as loving men and all humanity, she’s a real fighter for social justice.

Absolutely, and a big smile and a naughty streak.

MISS FISHER AND THE CRYPT OF TEARS is available to rent on Apple TV and Lightbox and all three seasons of Miss Fisher’s Murder Mysteries are available on Netflix.