When we use the word "infrastructure", we often do so with some idea of magnitude unspoken in our heads. Infrastructure is big, not human-sized, utilitarian rather than merely handy. It is about things, not people; serious rather than delightful.

And yet, last Friday, something different raised its head. Two bridges were opened: one high over Oakley Creek, connecting Great North Road and the Unitec campus (officially, it's an extension of Alford Street in Waterview). 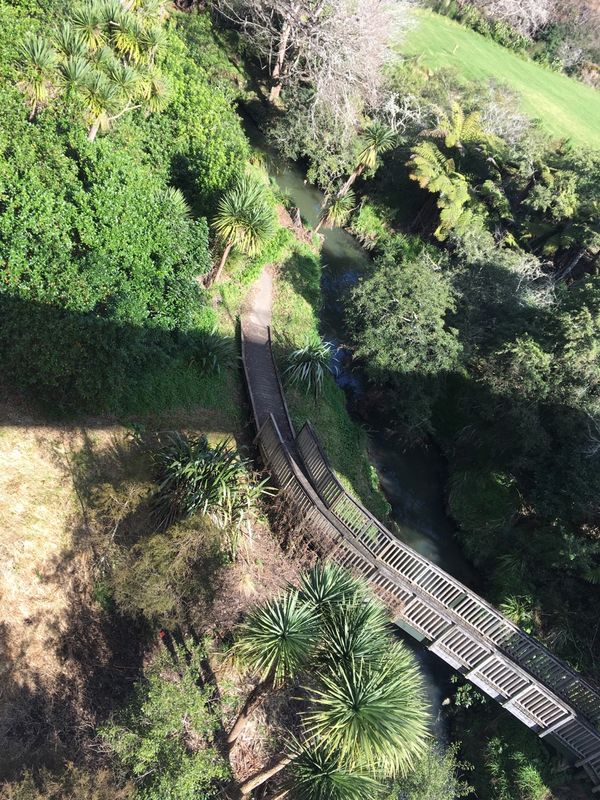 And the other, Whitinga, tracing a great swoop over State Highway 20 in Mount Roskill. They are infrastructure for people.

The irony, of course, is that they exist because of the Waterview Connection and its vehicle tunnels, the biggest and most expensive work of civil engineering in Auckland's history. They could not have existed had Steven Joyce's ghastly plan to cut a surface route through Mt Albert carried the day, and might not have existed had Joyce's Board of Inquiry not told a reluctant NZTA that it jolly well was building a people-path over its tunnels.

The Southern Shared Path is the more developed of the two. It runs from New North Road to Maioro Street, through Alan Wood Reserve, which for decades was a rough, boggy stretch of green waiting for a purpose – and is now host to the southern portal of the Waterview tunnels. What has happened there is a little miracle.

This isn't a cycleway grudgingly squeezed in alongside a motorway, it's a designed public precinct which connects to its surrounding neighbourhoods with style and even whimsy.  The big flourish is the Warren and Mahoney-designed Whitinga, but its real joy is in the overall design directed by Boffa Miskell: the paths that loop playfully along the creekline, the brightly-coloured bridges, the skate park sitting up the hill on Valonia Reserve. It all feels designed with regard to place.

At the north end is the beginning of the Waterview Shared Path, which will eventually trace a line that – as anyone who battled along there in the old days would know – always wanted to be drawn. All the way to the western rail corridor by the Pak 'n' Save. By Spring, the final bridge will be built – the one over the rail line – and there will be a safe path for riding and walking from the Waitemata to the Manukau, all the way across New Zealand.

There will be some squeezes and compromises. The steep northbound climb on the exsting SH20 cycleway to Hillsborough Road is still a serious impediment for casual users – and  I'm not sure how this nasty little bit of footpath can be improved at Waterview ... 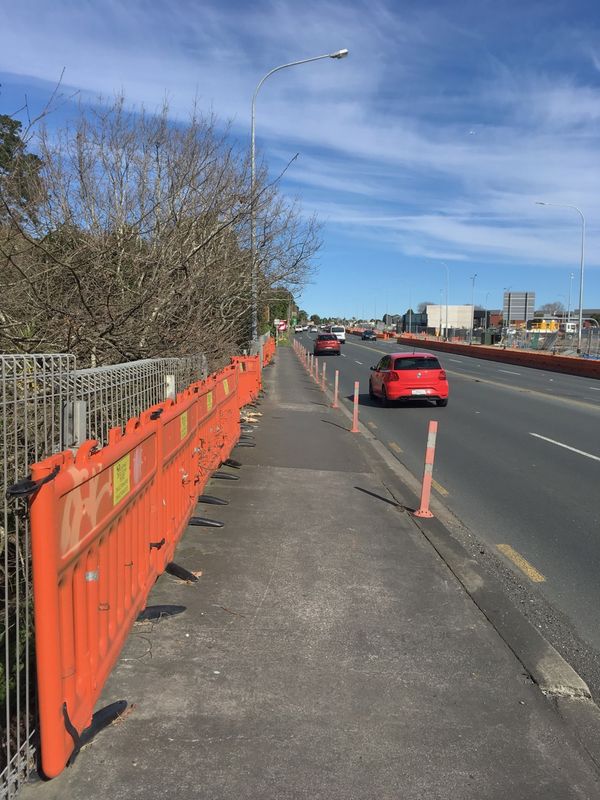 But I rode the new paths on Friday and yesterday and I got a strong sense that we're past the era of people-sized infrastructure as a mere afterthought. Moreover, the playfulness introduced to walking and cycling by the "pink path" may start to become a keynote of Auckland's ground-level design. Meet you by the purple bridge, people will start saying.

While I was paused on the Alford Street bridge yesterday, I got talking to one of the people using it – a woman who had lived in Waterview for 15 years and felt sad because she was having to move just as this was happening. But you're moving to Te Atatu Peninsula, I said: you'll be able to ride straight here, safe as you like.

"Oh," she said. "I've thought about getting a bike. Where would I get a bike?"

She didn't have much of a budget, so I suggested she look in on Adventure Cycles for some second-hand wheels. But the main thing is, she could see riding as a safe, appealing thing to do. I think she won't be alone. 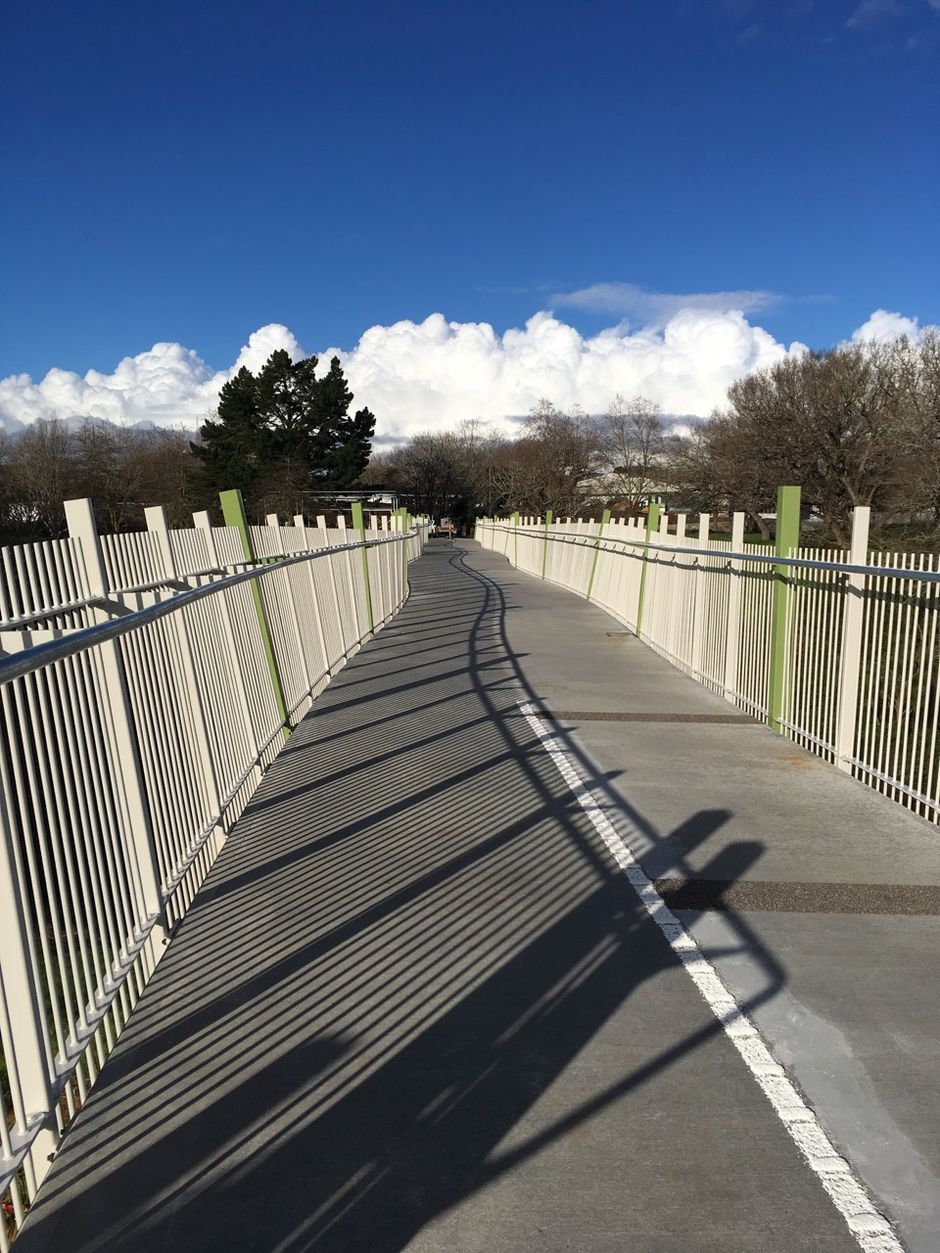 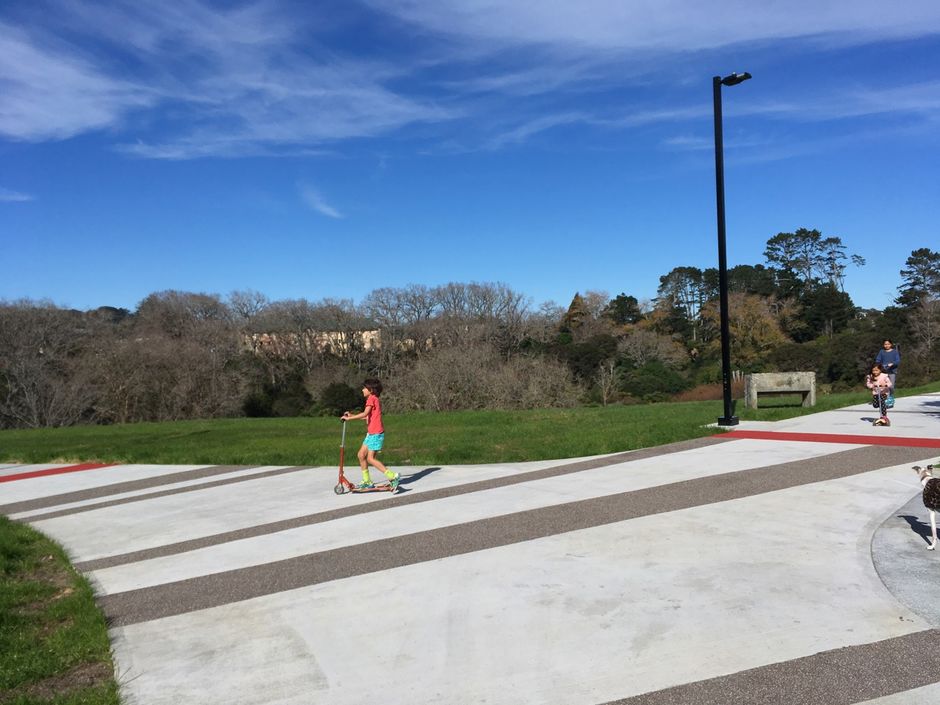 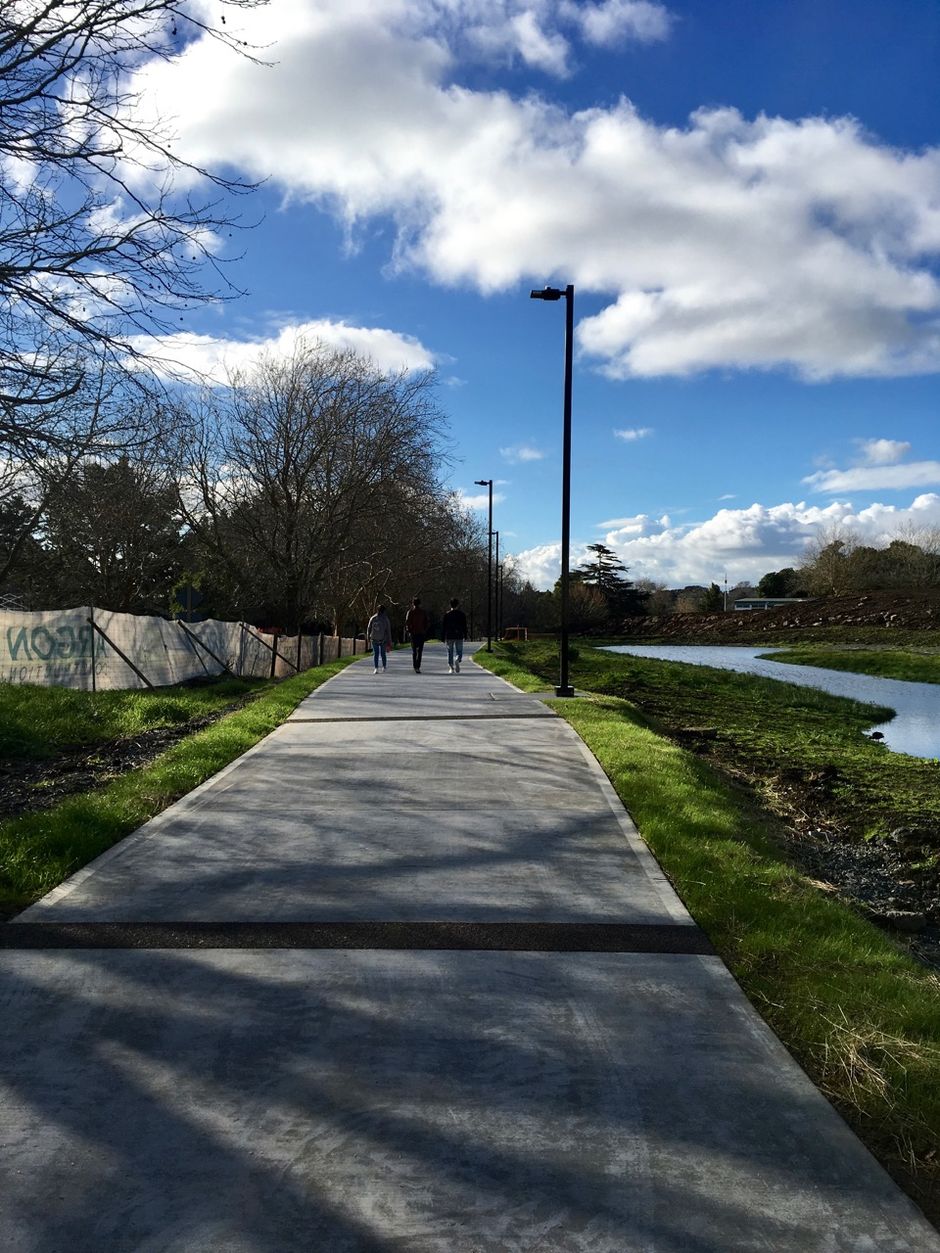 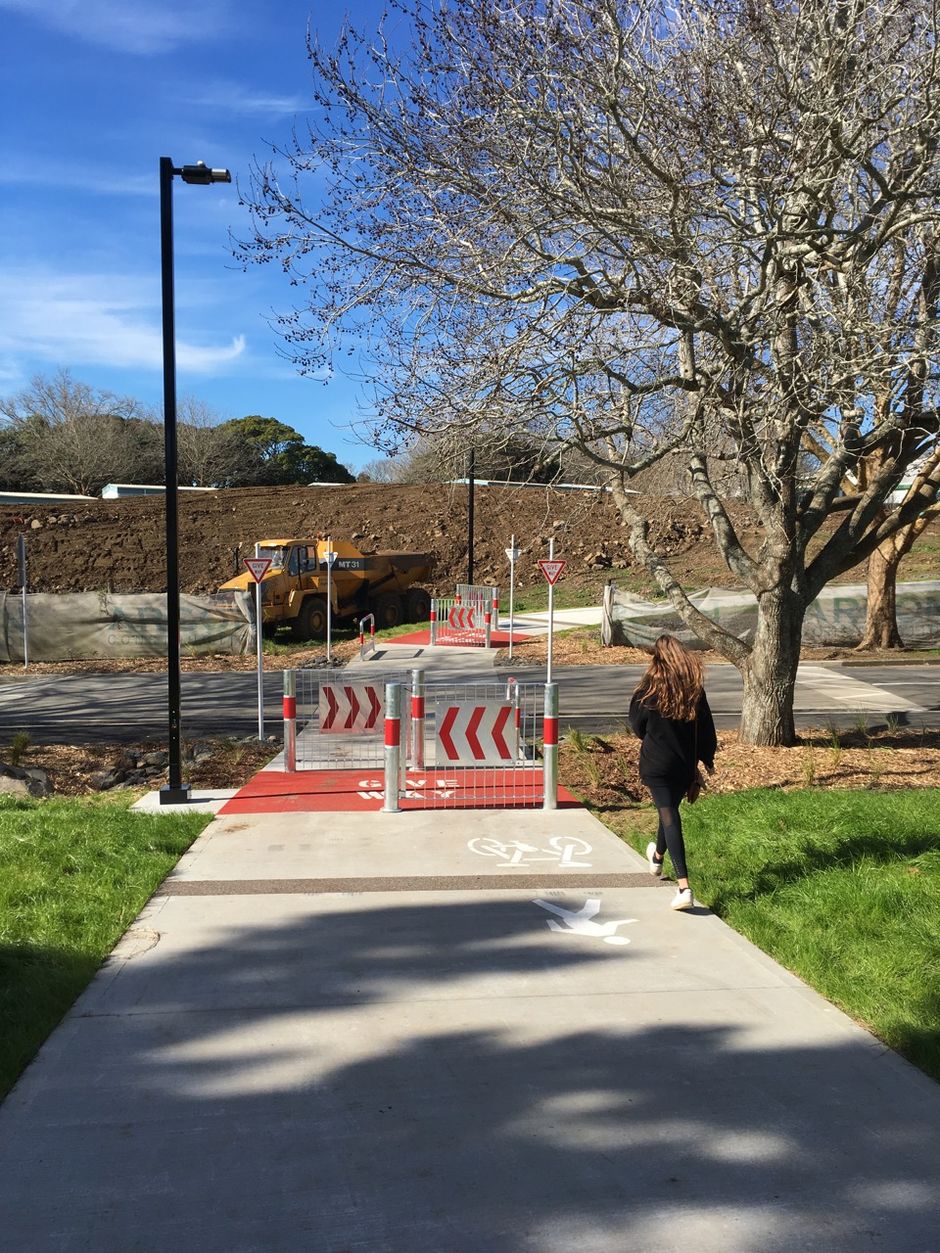 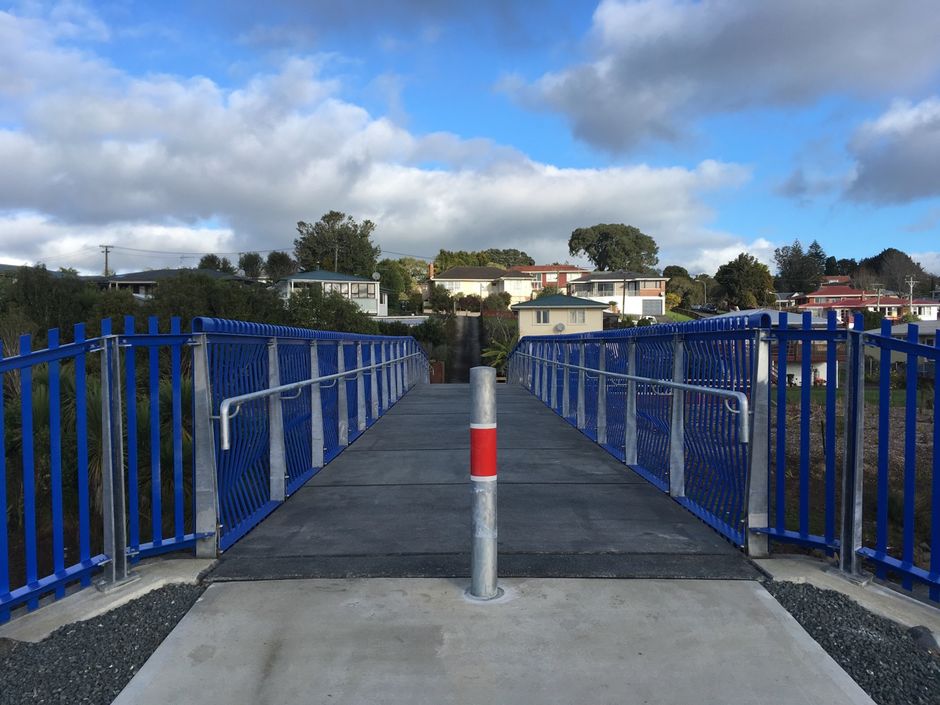 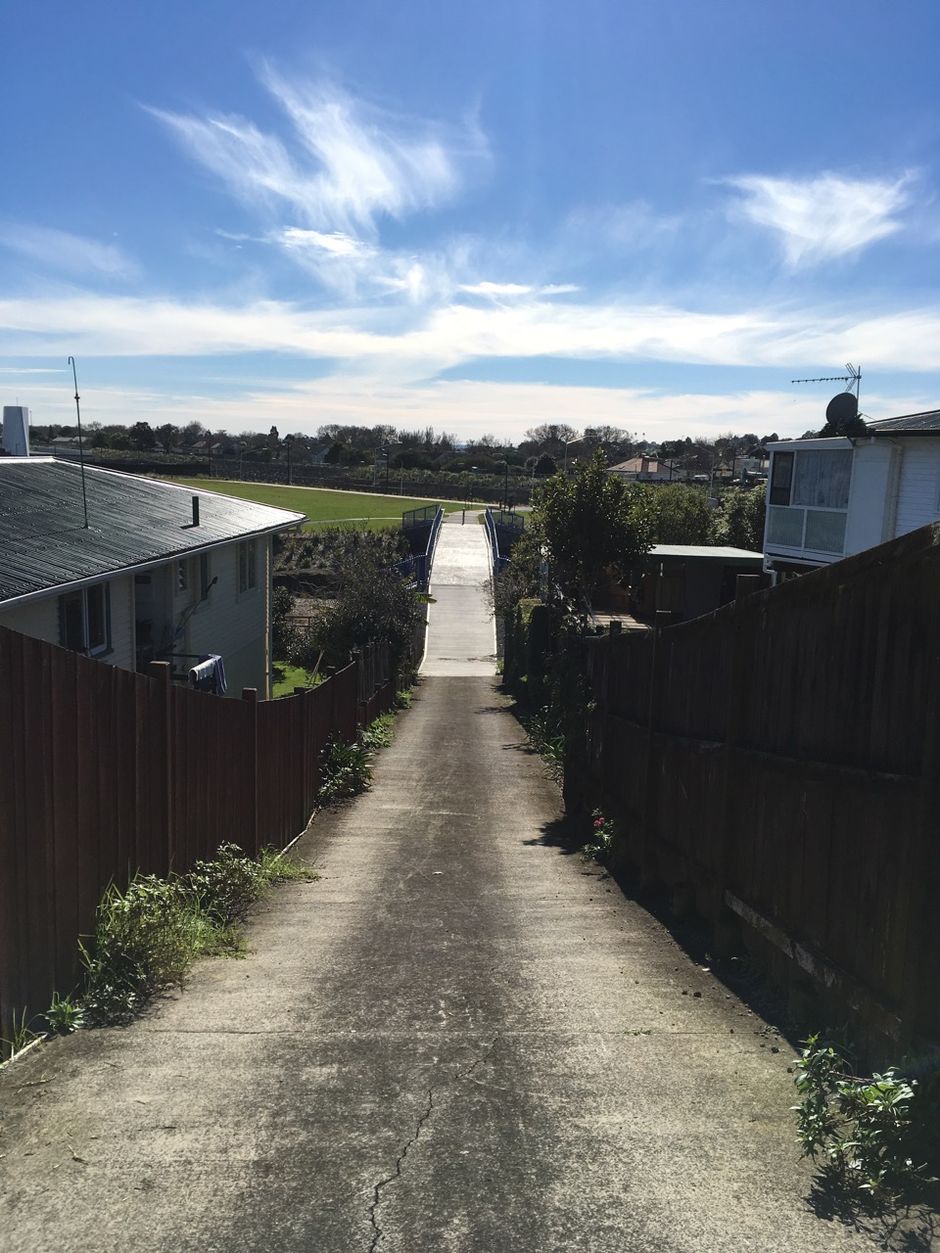 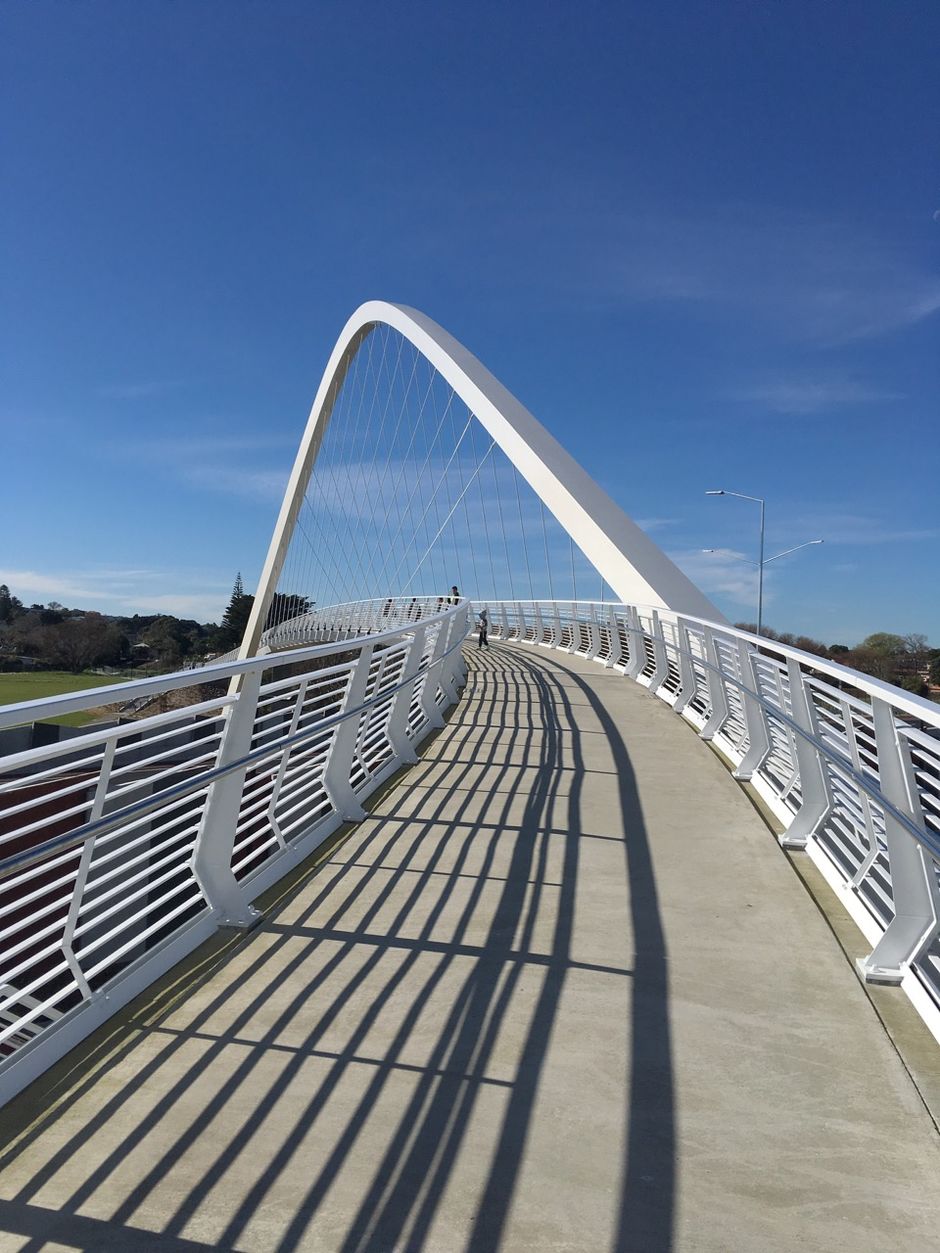 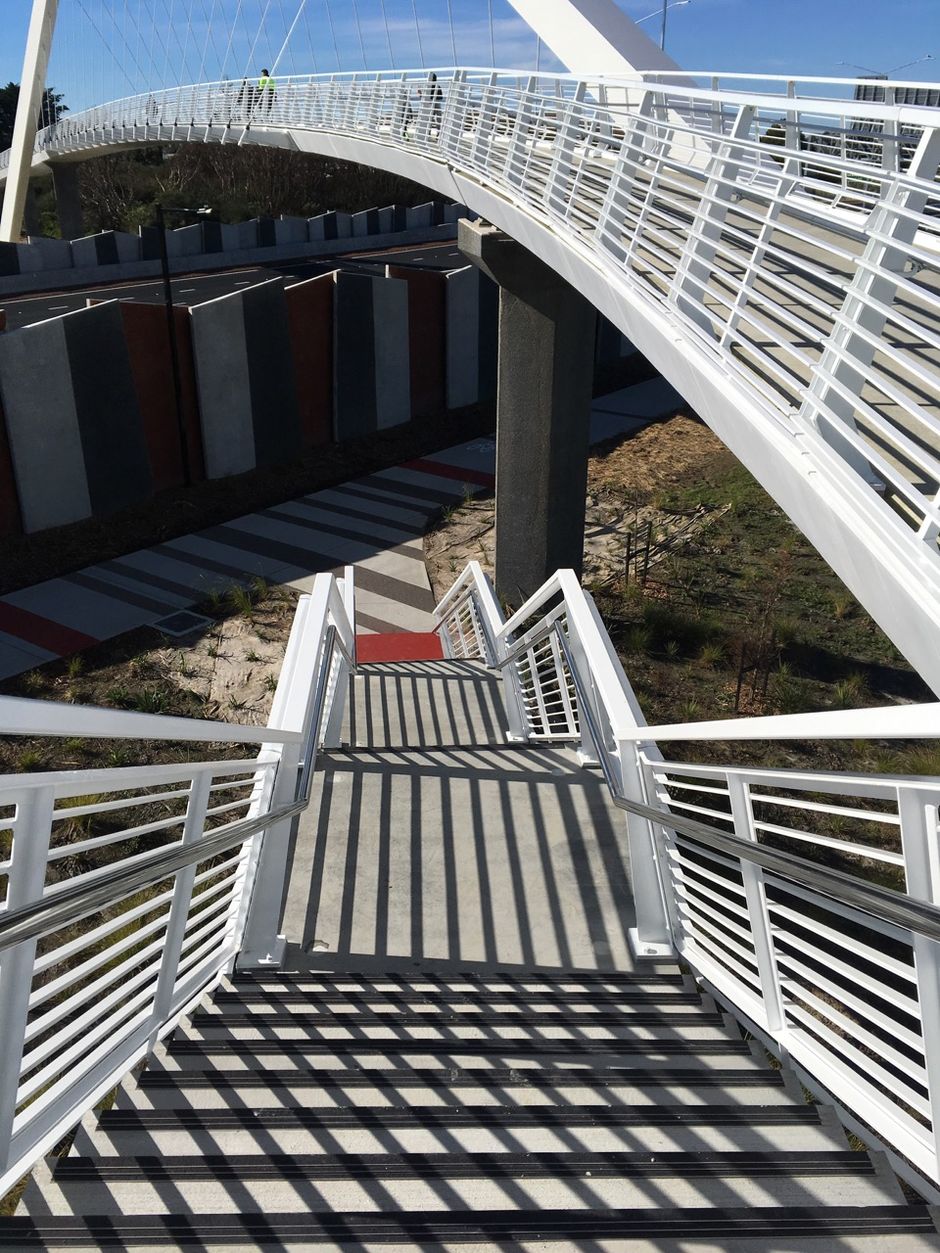 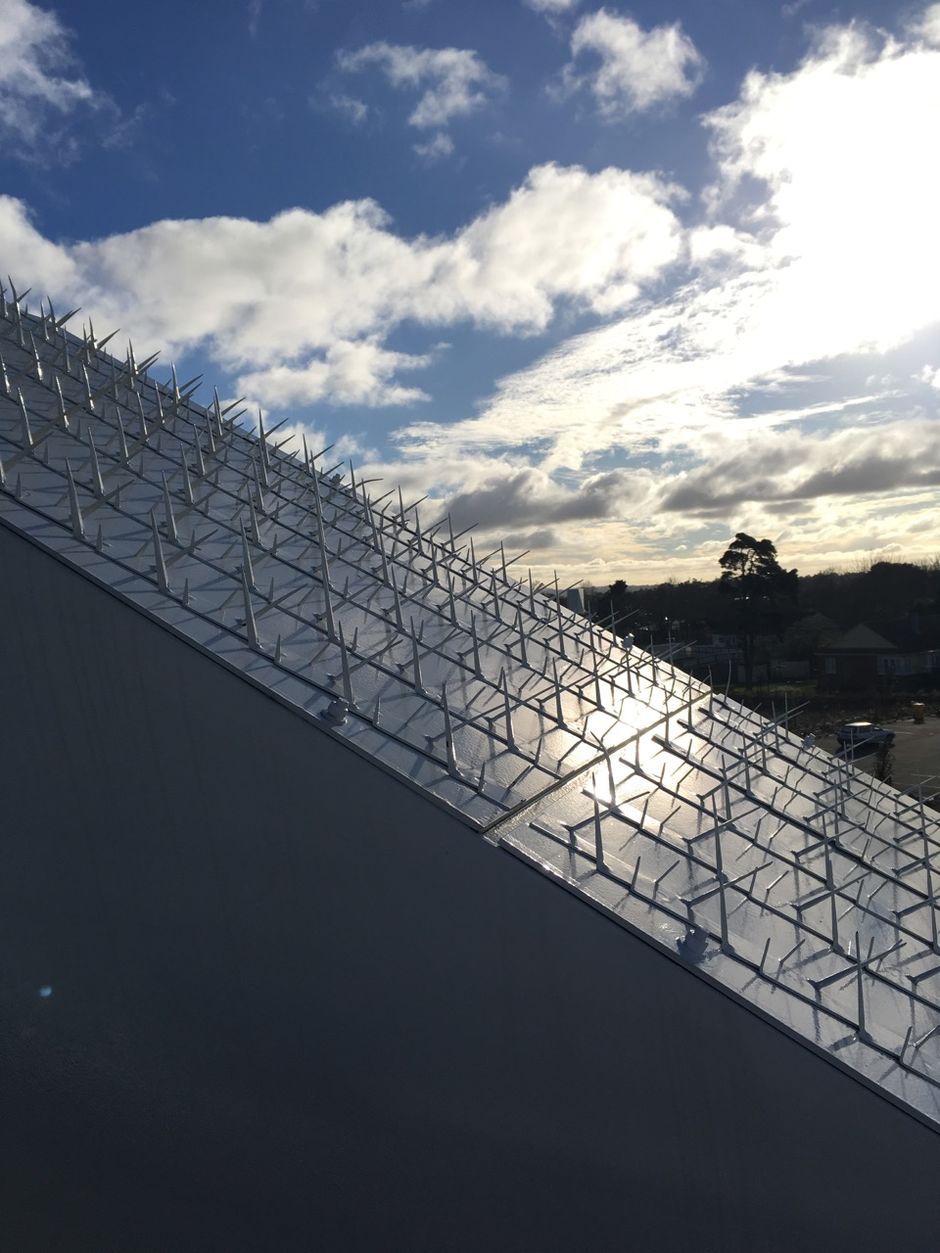 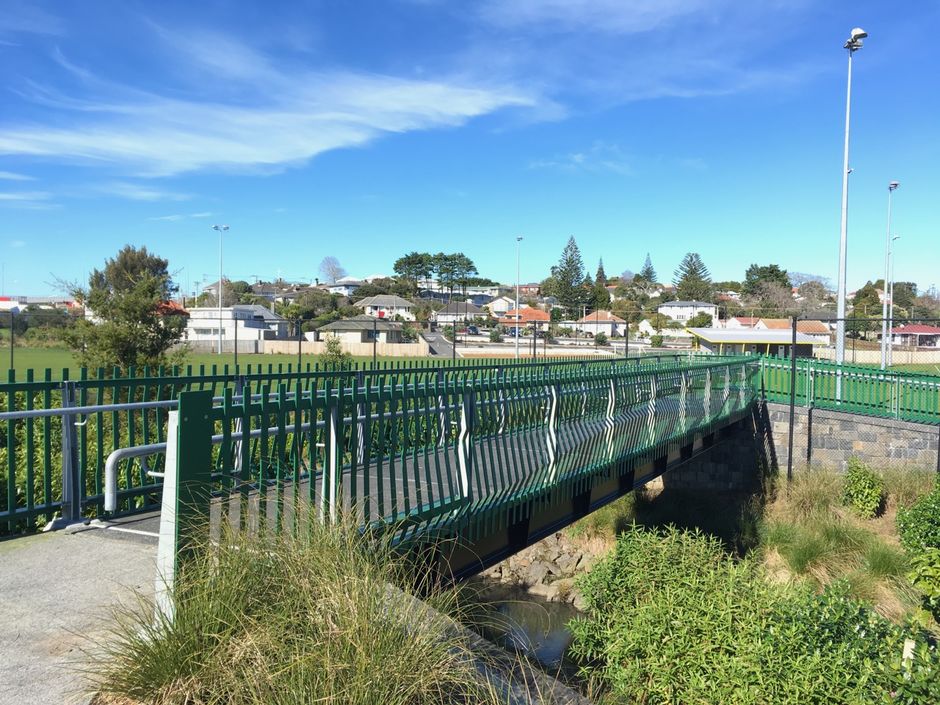 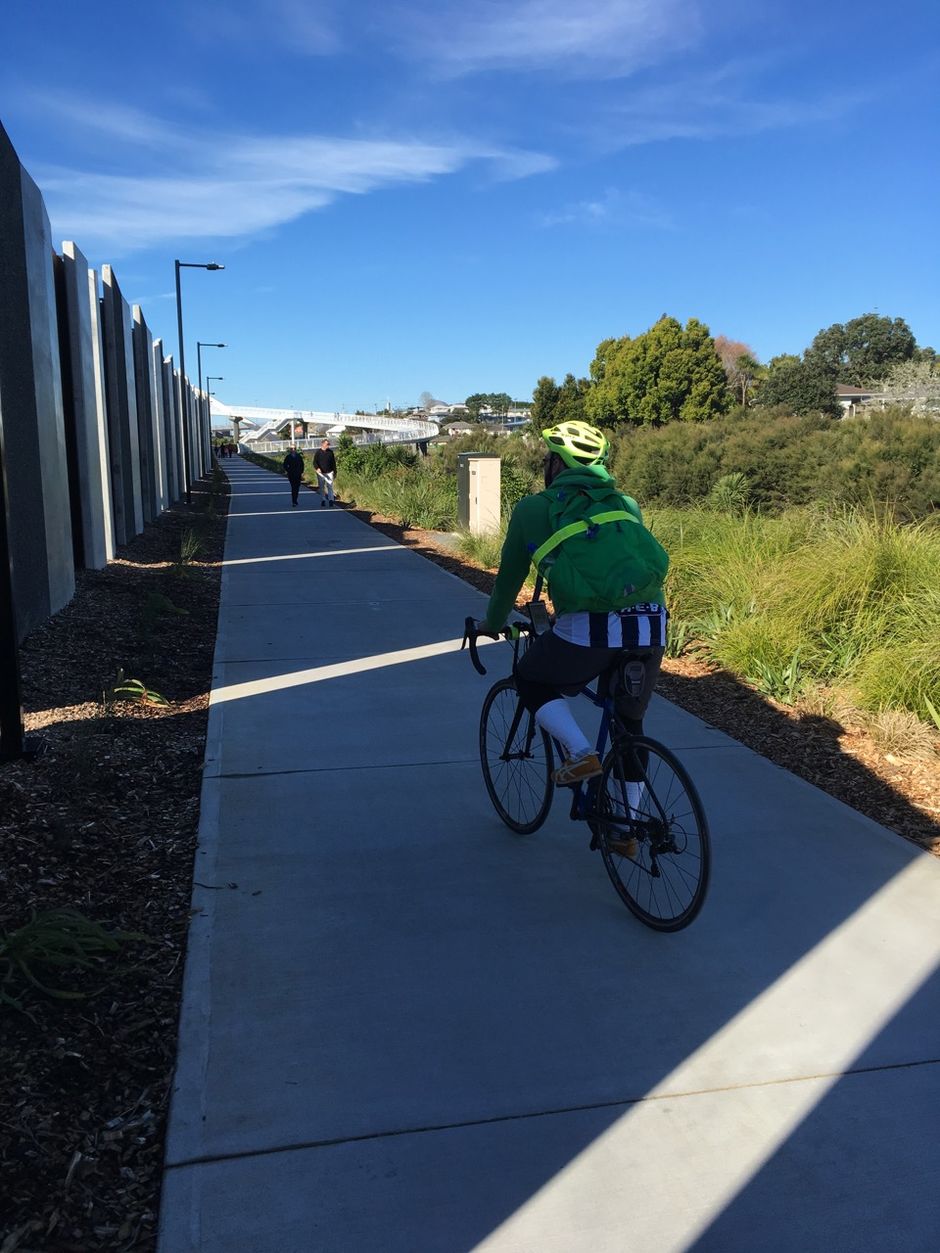 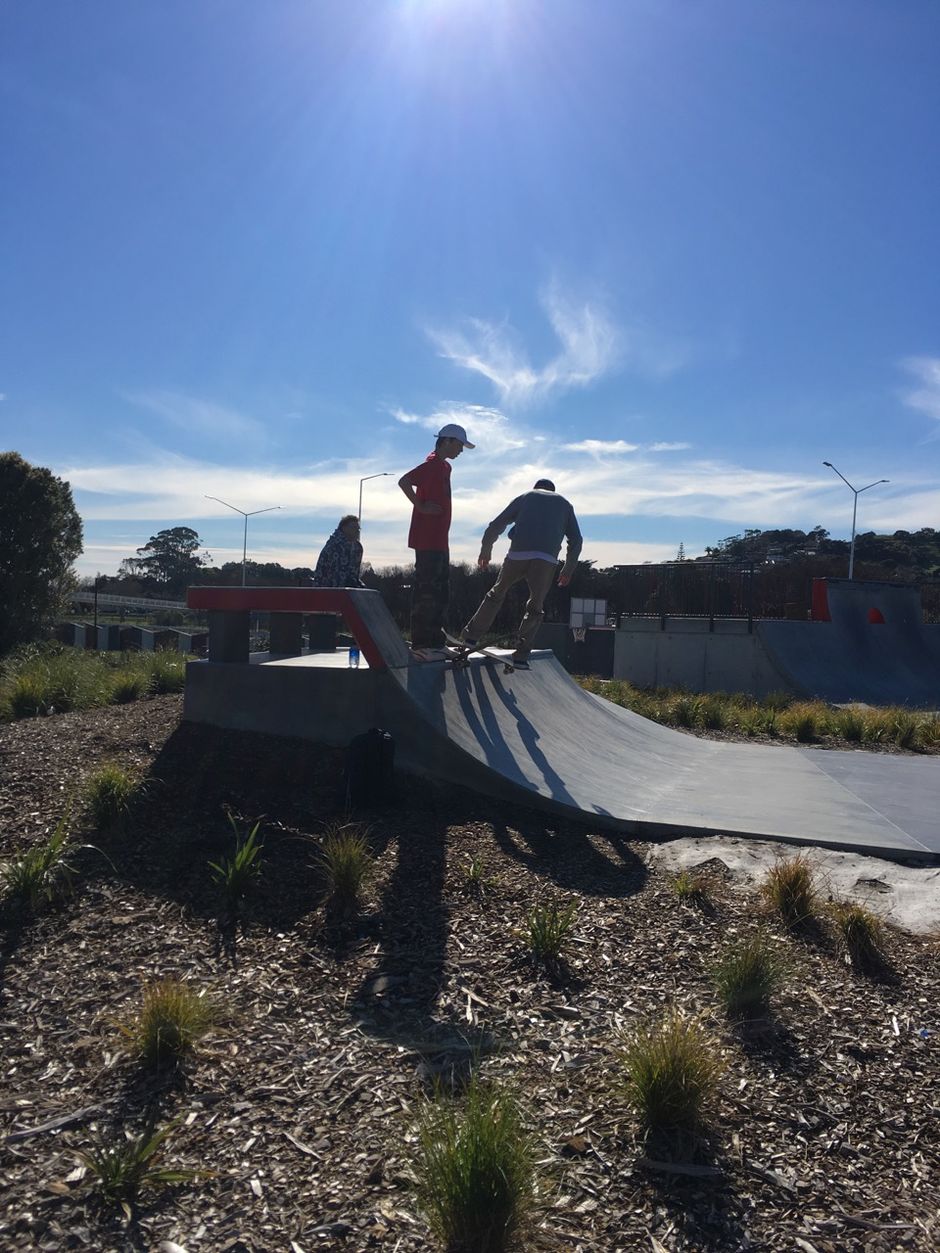 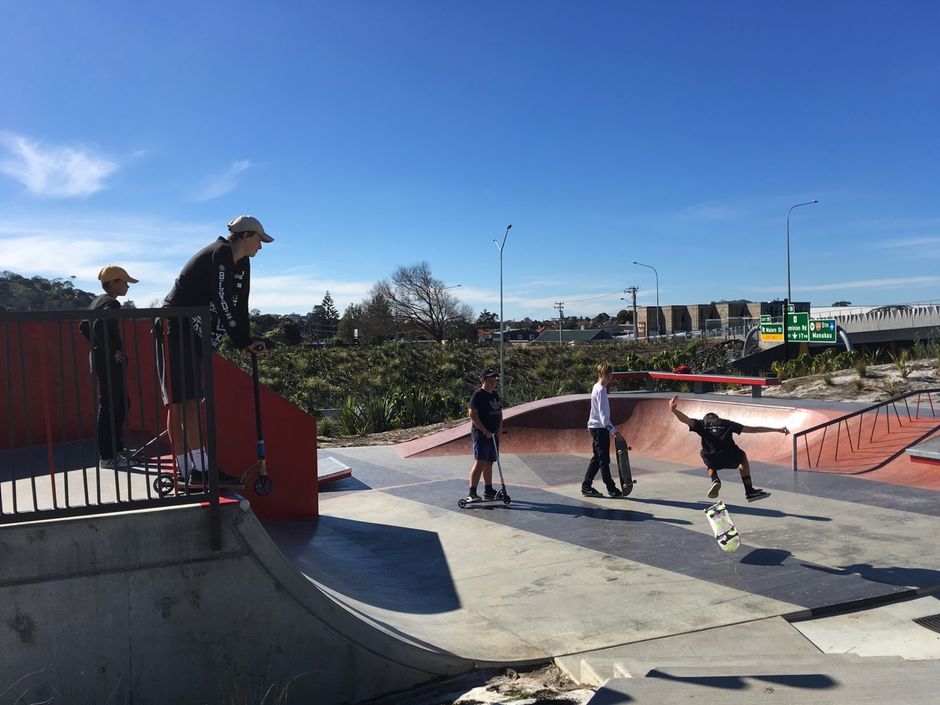 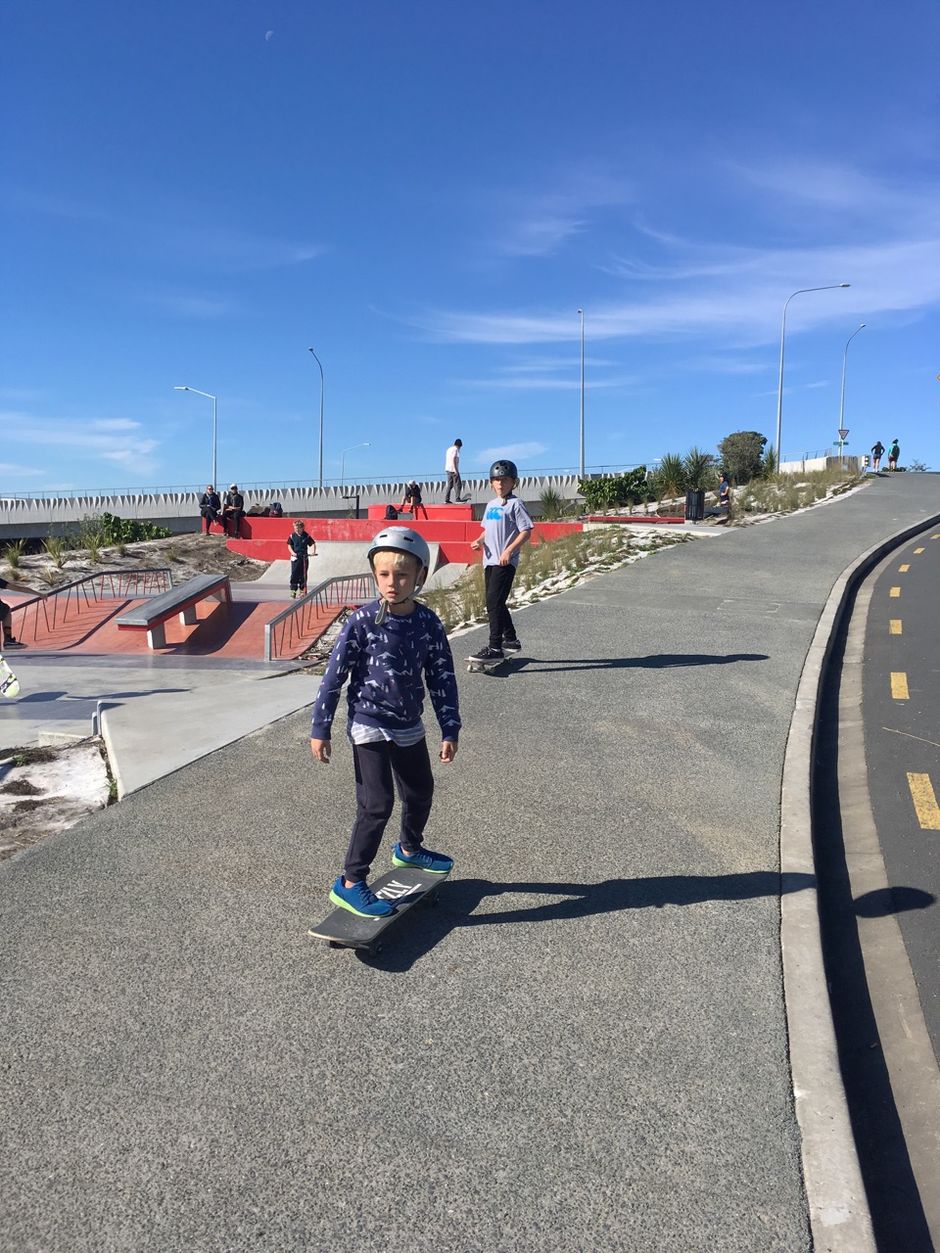