There was some outrage recently when a feature in the Dominion Post put Paula Bennett, who had just announced the government's intention to fund long-term contraception for beneficiaries, in the same frame as Josef Mengele, the Nazi "doctor" at Auschwitz. But not that much, really.

David Farrar described it as "a grievous judgment of error" [sic] and a letter to the paper demanded an apology, but as far as I'm aware there has been no further action. That's because the feature was an editorial cartoon. This one: 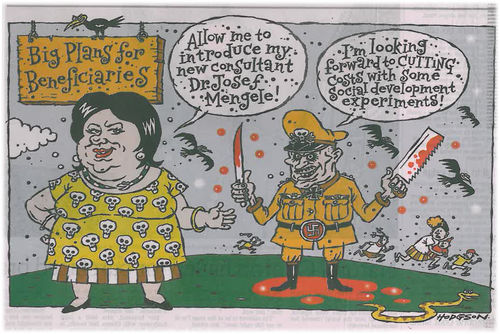 Had the same association been made in a written opinion column, let alone an editorial, there would presumably have been a greater scandal and probably a complaint to the Press Council. But our press culture has always allowed a greater latitude to cartoonists, on the part of their editors and on the part of the public.

This tradition has a bearing as the press begins to fall out of love with John Key's government. No matter what the written opinionists say, the cartoonists will say worse. Take for example, this clever play on the Time breastfeeding cover by the Herald's Rod Emmerson:

[NB: This image is reproduced here for purposes of criticism and review under the fair-dealing provisions of the Copyright Act 1994.]

Auckland illustrator Anna Crichton did, however, find a way to have an image rejected by an editor: make that image a cock'n' balls: 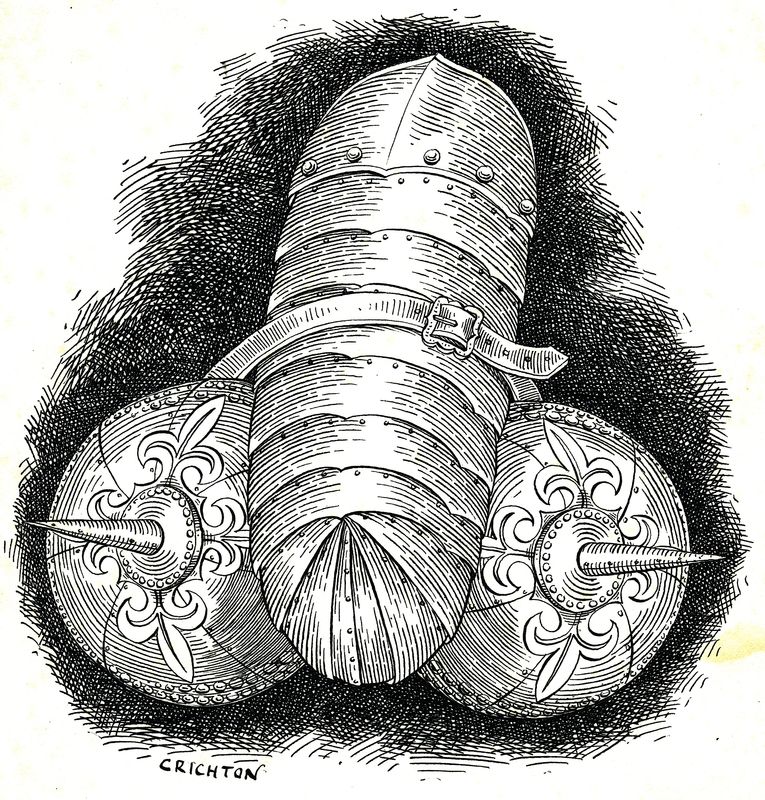 She drew the image of the armoured genitalia to illustrate a story for an Australian publication on the different standards for male and female nudity in films. Her editor's response -- he rejected it and demanded something more modest -- arguably provided a better illustration of the theme than the illustration itself.

Hodgson, Emmerson and Crichton will be joining us on Media7 this week to talk about cartooning and editorial illustration in the current political climate. If you'd like to join us for tomorrow evening's recording, we'll need you to come to the Victoria Street entrance of TVNZ between 5.15 and 5.40pm. As ever, try and drop me an email to say you're coming.

We won't just be talking about their work, or about New Zealand. There's a huge controversy in South Africa at the moment around the cock 'n' balls element of this new painting of President Jacob Zuma: 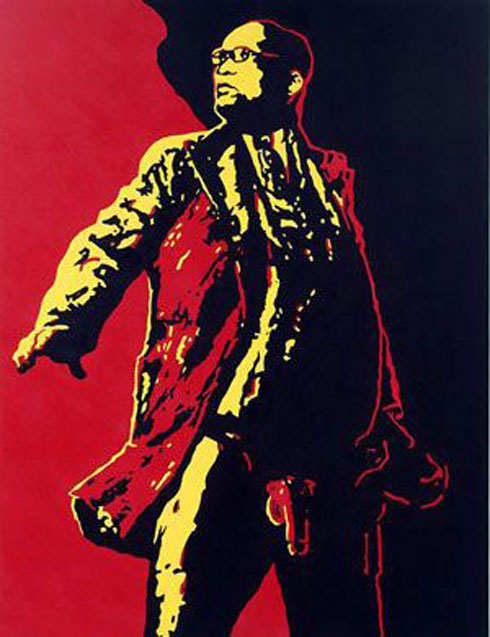 The matter is now headed to court -- and has, inevitably, spawned its own editorial cartoons: 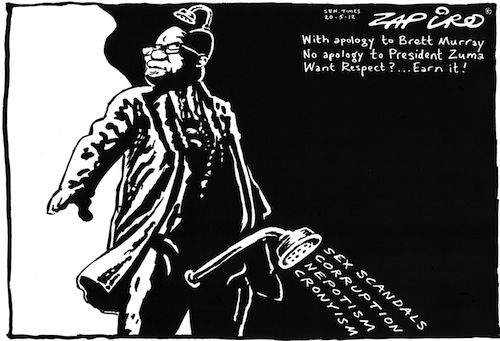 We'll also look back at some of our own cartoon past -- which largely steered clear of out-and-out political grotesques, until, at least the late 1960s when Robert Muldoon and the scurrilous Cock magazine collided in newsprint. There was Muldoon the Nazi: And Muldoon the ... well you can make your own mental description: 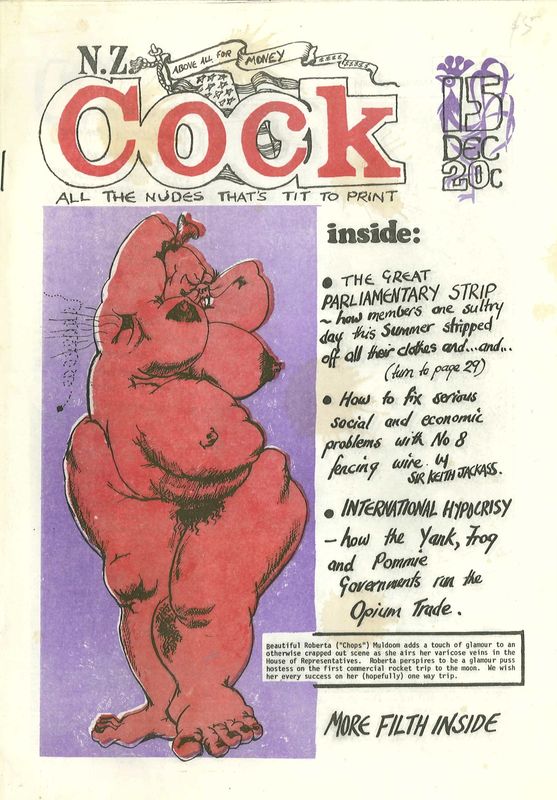 How would we greet such a characterisation today?