In Sunday's Star-Times interview with Grant Smithies, James Milne explains that one of the motivations for embarking on his one-song-every-month Singles Club process was that he realised he tended to produce good work when he was given a commission and a deadline.

I can testify to that. Back in 2009, when such things were possible, we commissioned James to write a song for the Christmas special of Media7 – a year in which is seemed many public figures had been obliged to apologise for things they said and done. The result, performed live in the studio with an audience singalong to close, was rousing indeed.

And I think we can hear a similar energy in the resulting Lawrence Arabia's  Singles Club album. Ironically, having urged you all to pitch in and crowdfund the project (in a post wittily titled Rolling Funder) – and indeed, put down money myself for the future vinyl LP – I kind of slipped off the process. Getting my free track every month just seemed like a lot of admin.

So when I went along to the recent invite-only "open rehearsal" where the expanded band looked to get its head around the songs before embarking on tour, it was (apart from what 95bFM had played) pretty fresh to me. It all sounded pacier and more urgent, even in its dreamy spells, than its 2016 predecessor, Absolute Truth.

I was put in mind of Revolver, not least for the role of the bass guitar in the hands of James's longtime collaborator Hayden Eastmond-Mein. "Great bass-playing by Hayden there," I remarked to the woman next to me at one point. "I agree!" she said. "But I am his mother." 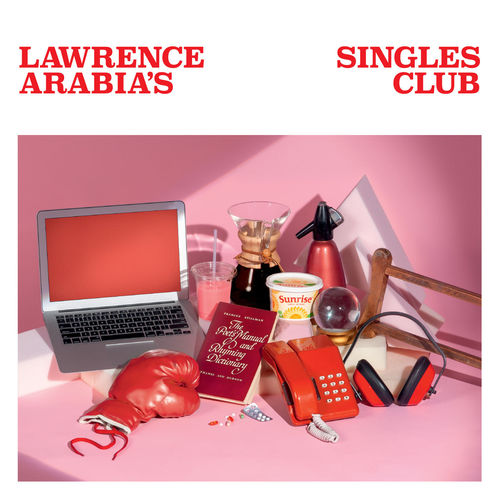 On the album, you have the guitar rave-up of 'A Little Hate', the Syd Barrett-era Pink Floyd pastiche of 'Cecily' and, to conclude, the gorgeous sweep and trill of a Van Dyke Parks string arrangement on 'Just Sleep (Your Shame Will Keep)'. I've been playing it a lot.

The album is available on your chosen streaming service, here on Bandcamp or at an actual record shop, and the release tour begins tonight at Blue Smoke in Christchurch and concludes with two nights at the Hollywood in Avondale on the 26th and 27th.

So a while ago, Matthew Davis at Flying Nun asked me to write some notes for the forthcoming reissue of Headless Chickens' album Body Blow. Flattered to be asked to write sleeve notes, I pitched in to the job and got together a thesis that mentioned as many tracks as possible. But in a hilarious mix-up, it turned out that Matt actually only wanted some words for a press release, and not sleeve notes after all. Oops.

But a good freelancer never lets a screwup go to waste, so here's the text I wrote:

Body Blow is a complicated tale.

It's the middle child of Headless Chickens albums and, as two major releases with quite different track listings, not only kicked off the band's most successful years – all but one of their chart hits can be found on one or other of the releases – but represents the whole span of those years.

One song here, 'Cruise Control', was a hit in two different versions, each in a different country. Another, 'George', the Chickens' only chart-topper, actually appeared on the third album, Greedy. There wasn't even room on this collection for songs from the first Body Blow('Road Train') and the second ('Inside Track'), let alone a swathe of subsequent remixes (half a dozen of 'Cruise Control' alone). And yet it covers more sonic and thematic ground than most bands get to in a lifetime.

Body Blow began as a kind of reclamation of control. A substantial cash prize to record its predecessor, Stunt Clown, had instead become a headache, one structured so as to sink the band into debt. But by 1990, they had somewhere they could do what they wanted and spend as long as they needed: Incubator, a central-city flat, drop-in centre and recording studio known for good coffee and great parties.

All but one track (the transitional single 'Gaskrankinstation') on the original Body Blow was recorded there, including a new one with a loping bassline and a memorable keyboard motif: 'Cruise Control'. Fiona McDonald was invited in to sing the chorus. It worked so well she joined the band.

That in turn helped set in motion a striking expansion of the Headless Chickens' audience, which eventually saw them do what Mushroom Records had wanted all along: record at a big studio in Sydney. As Incubator had been the home base for the first version of Body Blow, thus Platinum Studios was for the second. 'Choppers', 'Mr Moon' and 'Juice' came from those sessions and were added to the album along with remixes of 'Choppers' and Incubator spawn 'Donde Esta La Pollo' and 'Railway Surfing'. Amid it all, Eskimos and Egypt, an obscure group of Kraftwerk fans from Manchester, remixed 'Cruise Control', which duly broke into the Aussie chart.

And the rest: 'George', 'Super Trouper' (recorded for the Flying Nun Abba tribute Abbasolutely), the mad, forgotten b-sides 'Attack of the Killer Androids' (from 'Mr Moon') and 'Bestiary' (from 'George'), and 'Kitchen Sink Theme' and 'I'm Talking to You' from the pitch-perfect soundtrack for Alison McLean's surreal 1989 horror short Kitchen Sink. Yes, it's all a bit confusing. But the Headless Chickens never set out to be simple.

In a further hilarious mix-up, the launch party for the album was to take place last Friday at the Flying Out store in Pitt Street – but for what has been described as "various reasons" (mostly, the shipment of vinyl was split by the pressing plant and instead of all the boxes arriving on the promised date, only one did) it had to be postponed.

So now it's on Record Store Day, Saturday April 13. I'm happy to say I'll be there playing records suitable for the occasion at 3pm, with similarly suitable sets from Pennie Black and Miss Dom to follow. 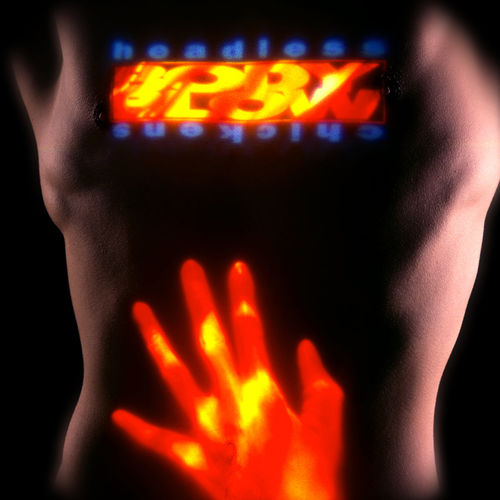 Other Record Store Day action includes, Southbound Records, which has 95bFM DJs playing music live to air all day; Marbecks, which is putting on a bunch of bands and offering discounts (I got a fistful of Prince 12"s for not much last year); Conch, which turns back into a record shop for the day, with new and second-hand records on sale from the crates of Cian, Frank Booker, Dubhead, Stinky Jim and others; and Rebel Soul in Cross Street Market, which is always a family affair.

There's a nationwide list on the official RSD site.

I may have mentioned once or twice that I occasionally enjoy playing records with the awesome Ms Sandy Mill. When we got asked to play Splore this year, we thought we'd best come up with a name for ourselves – and we both came up with the same name. We are Mum 'n' Dad Disco. 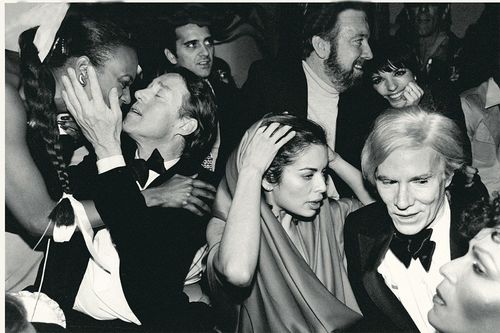 Night owls can also catch us on Saturday April 13, doing the 11pm-3am shift at Ante Social on Ponsonby Road. I might have to have a little post-RSD lie-down before that ...

If you're in Auckland and you're interested in the new documentary about Martin Phillipps and The Chills, Saturday May 4 at the Hollywood in Avondale looks worth marking down in your diary. Martin will be there, not only to do a Q&A, but play a few songs. And it's only $25.

Volume 7 of the On U Sound compilation series Pay It All Back was released last Friday – 23 years after Volume 6! It would be trivial to say it's been worth the wait, but what this colossal collection does do is emphasise the fact that On U occupies its own space in music. There has simply been nothing like it. And this is just an amazing, adventurous collection of tunes. This mighty call to arms is just the beginning ...

Then there's this bewitching cover of Bob Marley's 'War' by the Japanese singer Likkle Mai:

The album itself is available here on Bandcamp. Get in.

DiCE crew have posted this edit of 'Once I Had A Love', the 1975 Blondie song that became 'Heart of Glass', with the note that it "makes us think of the beloved Pacific islands." It's wicked. And a free download!

And the BBC Music channel on YouTube is currently stuffed with clips from the 6 Music festival. Some of it's pretty average, truth be known, but Hot Chip are still great.

And this Jon Hopkins clip might just take you back to Laneway, even if you didn't actually go to Laneway. Turn out the lights and play it on your home theatre system ...