We nearly all have cameras now, built into our phones with a ubiquity that doesn't even bear comment. Back in the day, you had to make the effort first to bring the camera, then, to pay money to see whether you even got anything. We did not take photographs with anything like the intensity we do now.

But my old friend Gordon Bartram did often take his camera. And his snaps of Christchurch bands playing in the early 1980s fill such a gap in the visual record of a vital music scene that they've been collected on Audioculture. They're a teenager's snaps rather than professional pictures and their colours faded long before they were scanned. In a way, the fading adds to their lustre.

This week, in a private Facebook group to which we both belong, Gordon posted pictures of a party I think of to this day and never thought I'd see again.

As I've explained before, in February 1982, in the traditional fate of the junior cadet each year at the Christchurch Star, I was sent to the Timaru branch office. I replaced Neil Clarkson, who had replaced Richard Langston, who would later go on to publish the crucial fanzine Garage.

If the work wasn't up to much, the social life was considerably worse. Apart from smoking dope with Philip Sherry's nephew at Timaru's short-lived Chelsea Records franchise, there wasn't a lot to do. I did meet the Dance Exponents, who were already something of a pop sensation. But mostly, I went back to Christchurch nearly every weekend, crashing on the couch of a house where Michele A'Court lived. The first time I met Michele she was doing the ironing and singing.

Things changed towards the end of my year in exile, when a group of kids my age returned from their first year at Canterbury University. Among them were Kevin Smith, Patrick Faigan and Steve Watson – the band called Say Yes to Apes. They were strange and brilliant and already had several cassette releases to their name. A long winter became a really interesting summer.

The other thing that happened was that I moved into a house on Craigie Avenue, at the invitation of Andrew Fyfe, who was my age and worked at the Timaru Herald (and would later become a sub-editor at NME). It was a rough sort of place but I had a mint bedroom.  It was there that Murray Cammick visited when he offered me the job of deputy editor at Rip It Up in November 1982. Murray, Fiona (who came down from Christchurch) and I travelled the following day to Dunedin, to see The Clean play their "last" gig at the Captain Cook.

So I knew I was on my way to a new life that summer. And at some point, presumably in January, I felt we should have a party. I realised that Sneaky Feelings were playing with the Blue Meanies in Christchurch on a Saturday night, so I got on the phone (toll call!) to Roger Shepherd to make the invitation and come up with some sort of fee for them to stop off and play for us on the way home to Dunedin.

I struggle to imagine how anyone ever organised anything before mobile phones and email, but apparently we did. I do recall when the Dunedin bands' van arrived with Martin Phillipps at the wheel, because 'Rolling Moon' was blasting out the window of the house. Although a number of them would become my friends in the years to come, I don't think I'd met any of them before that day. Everyone was pretty friendly, except for Kat Tyrie, who didn't talk to anyone.

There were other other bands on the bill: Anthrax (the Timaru Anthrax), My Three Sons, the band of future Metro magazine editor Bevan Rapson, and Say Yes to Apes.

Timaru responded as if nothing like this had ever happened in Timaru, which it probably hadn't. The city's traditional dual threat – being beaten up by yobs or being monstered by police – was apparently neutralised by all the good vibes.

Some passing yobs did turn up and enthused about what a good scene it was. And when the police arrived, they walked straight past some pot-smoking (which didn't always happen in those days) and had a genial conversation with me about when we might expect the bands to finish. Good party, they said, nice to see this sort of thing. Even the people from Sacred Heart basilica across the road were apologetic when they popped over to ask if we wouldn't mind wrapping up before their evening service. It was as if someone had cast a spell over Timaru.

In a way, the nicest thing about Gordon's photos is that they show what a brilliant, blue-sky day it was. And it must have been only two or three weeks later that I packed up the car (terribly hungover, as I recall) and drove to Auckland for a whole new life. Timaru's blessings were, to put it politely, mixed in the course of my year there. But on that one perfect day, it was a brilliant place. 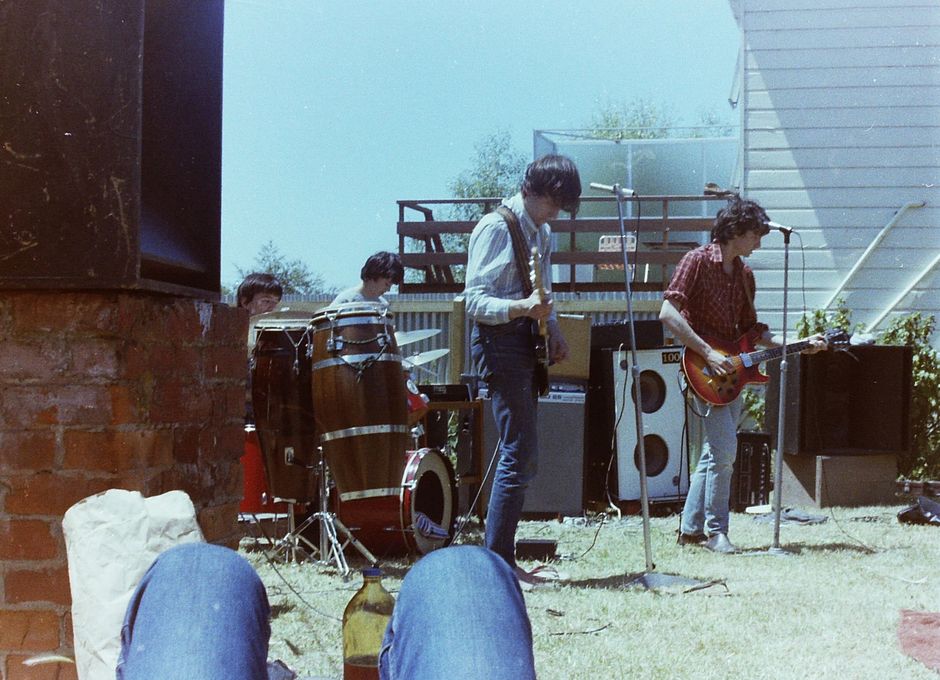 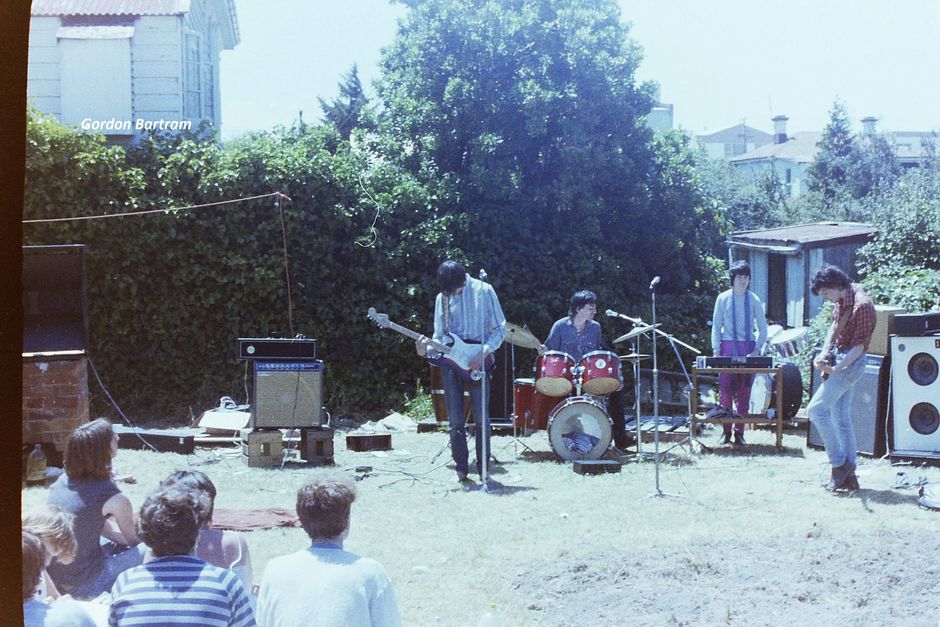 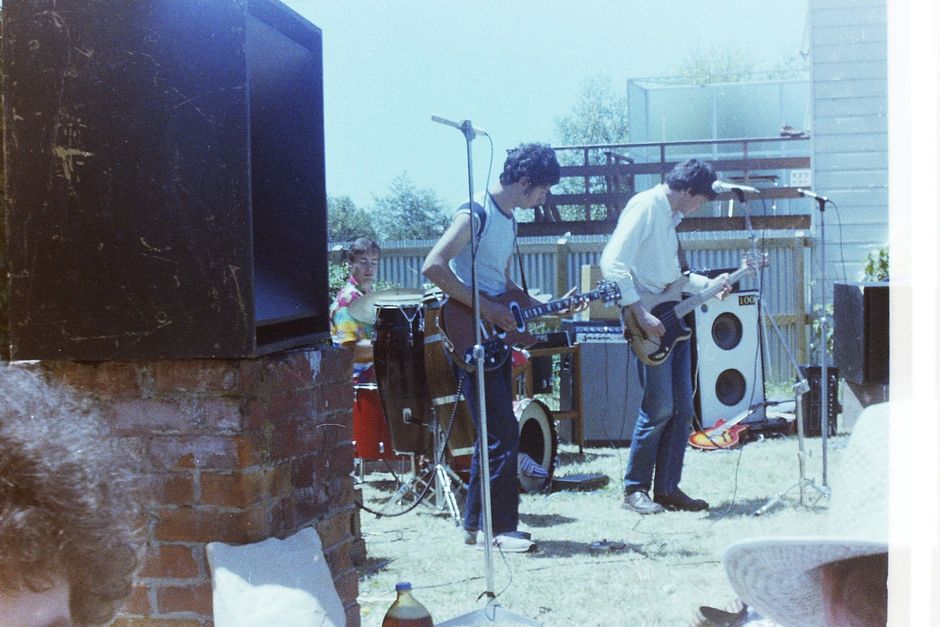 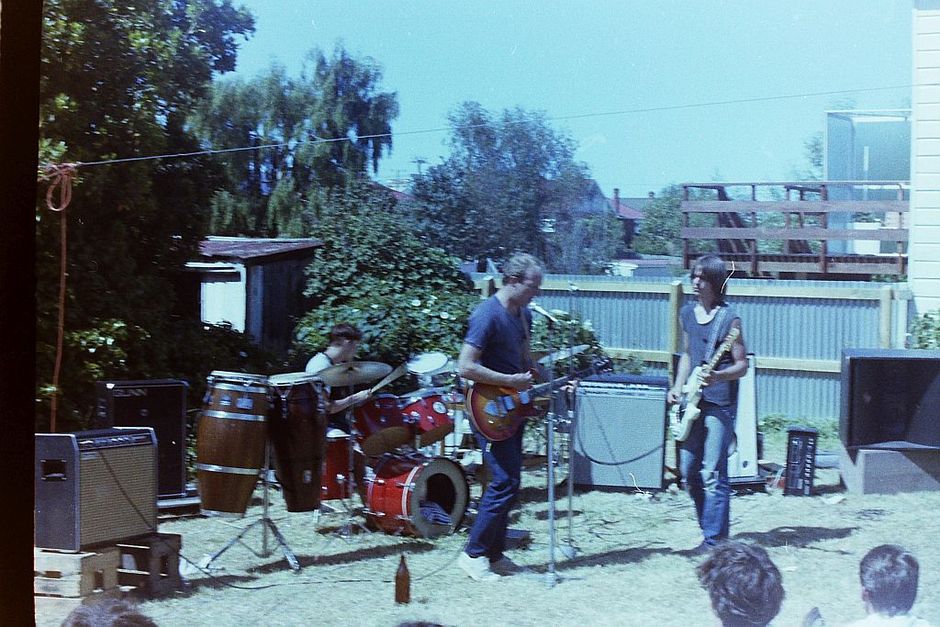 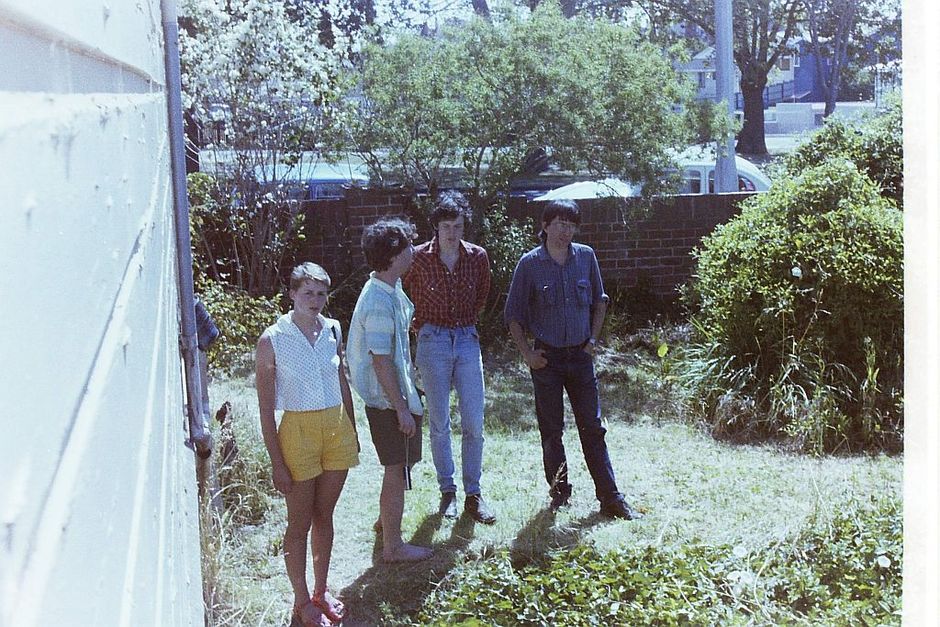