If you know me by now, you'll know that I'm not terribly good at lists and best-ofs. Around this time of year I am generally driven to a mild panic reading the annual rundowns by people who have been interrogating and placing in context every new release while I've been dancing in the kitchen to some retro disco business. How do they find the time?

But it did occur to me this week that there's one 2016 album that has sometimes just stopped me cold when I've played it. In part, I know, it's because I saw the movie, but Nick Cave and the Bad Seeds' Skeleton Tree is a remarkable and affecting work. And an awkward one. The initial writing and recording was carried out before the tragic death of Cave's son Arthur, and yet its themes of loss, grief and distance seem prophetic, inescapably so. How do you even address that as an artist?

In the film, One More Time with Feeling, Cave talks about having to give up the idea  of perfectly burnishing his work, and simply capturing what's there. There are lyrics that might not normally pass muster – you feel that in 'I Need You' Cave simply repeats to a line because he can't get to the next one – and more musically expert reviewers than me write about "unresolved chords", dissonance and melodies that don't map to the time signatures of the songs.

I think next month's shows by the band will be something special.

You'll be wanting some music for the summer. Can I recommend the digital version of Strut's brilliant Sun Ra compilation, Singles? It shares quite a number of tunes with the Evidence label's 1996 release The Singles, but it's more expansive and the tracks themselves are better-mastered. This is beautiful, soulful, natural music, ranging in style from doo-wop to space jazz. And it's affordable.

Singles is avaliable via the Strut Bandcamp for $NZ18 and on Bleep.com (if, like me, you want the 24-bit WAV) for a bit more. That's for 65 tracks.  Give yourself a treat.

A late-breaking treat: A Tribe Called Quest's We got it from Here: Thank You 4 Your Service, released last month, eight months after the death of Phife Dawg. It's a dense, complex, funny and meaningful record. I'll be listening to this a lot over summer.

In less happy news: on The Spinoff, Robyn Gallagher ponders the fact that only three releases by New Zealand artists made the national Top 40 this year. Three. Down from 39 in 2013. It's largely a consequence of the inevitable embrace of streaming figures in chart calculations. Essentially, the charts used to measure something active – actually going to a shop and handing over real money in the week of release – and now it's less active: passive, even.

It’s sad. A major part of New Zealand’s cultural identity is withering. It seems a bit too much to dream of a return the golden years of the mid-2000s when the charts overflowed with local music, but we’ve got to have more than three New Zealand songs in the top 40.

So what’s the solution? Like a lot of media, the music industry has been shaken up by digital changes. Maybe it’s going to take a few years before the New Zealand scene adapts to the current stream-based music environment.

I'm not sure that's going to happen. I just don't think the national charts are going to be a place for local artists to manifest.

Well, most artists, anyway. I'm pretty sure that Lorde's long-awaited follow-up to Pure Heroine will do very well. And if this recent surprise guest appearance, singing Robyn's 'Hang With Me', is any evidence, stepping off the treadmill has been good for her voice:

I made a spur-of-the-moment decision on Monday evening to get and see Peaches play at the King's Arms. And damn I'm glad I did. It's a basic, portable show – just Peaches, her two dancers, some simple staging and a few costumes – but she didn't miss a cue all night. She's a pro, and it was energetic, funny, compelling and a lot of fun. 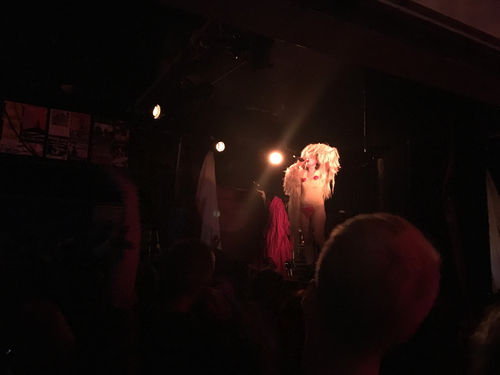 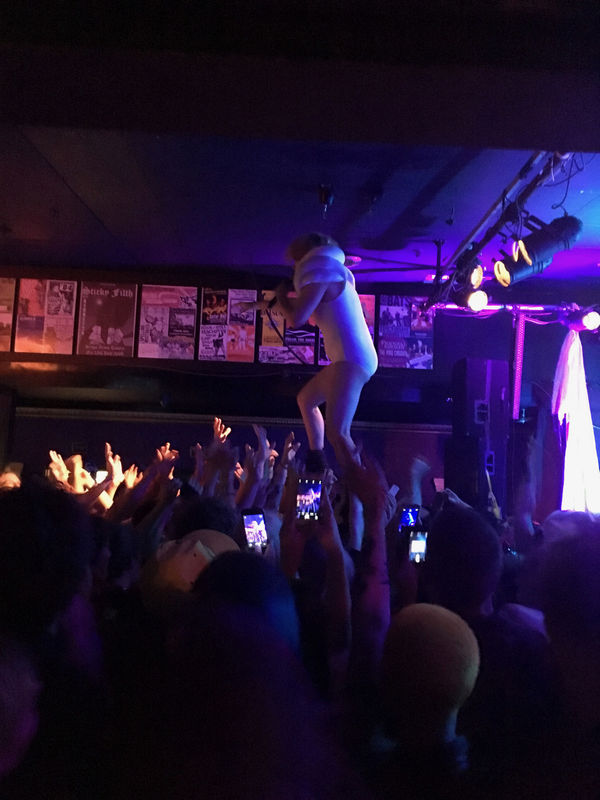 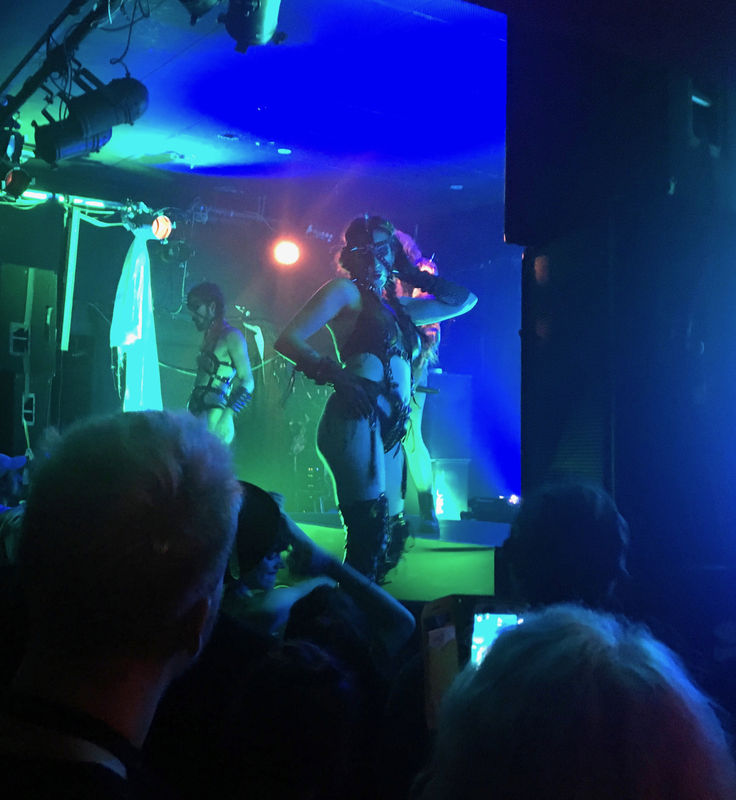 This emerged from the void recently: The Sheets at the AUSA cafe in 1987. What a bunch of freaks. The YouTube caption reads: "The Sheets kick out the jams at the Uni Cafe for the M.U.S.H. fundraiser. Prince, Motorhead, Beastie Boys, Iggy Joy Division and more get put through the Sheets blender."

Just a couple of party-starters. I'm not the world's biggest Steely Dan fan, but this is groovy (free download):

And that's me for the year. Happily, it appears I have a new music post sponsor, so we'll be back on the weeky tip pretty soon. Cheers everyone.