You could tell they were expecting people who perhaps didn't get out much to gigs at the Critics' Choice prize final at King's Arms on Wednesday night. Barely was I in the door before I was greeted warmly and alerted to the presence of a comfortable bar, with food and toilets and seating, just down to the right.

And a nice cup of cocoa too, I'll wager. In the event, me and my boy Jim took our chances with the actual room where the actual noisy bands were playing. The Critics' Choice award is an ancillary to the Vodafone New Zealand Music Awards which aims to discover future awards-winners, with the assistance of a dozen-odd secret judges who name three finalists, then witness them playing half-hour sets in a live-run-off before voting on the winner.

The prize includes $10,000 in cash and various in-kind industry services, so it's worth winning and the finalists make an effort to woo the crowd --  an effort which, in Beach Pigs' case, began well before the show itself. 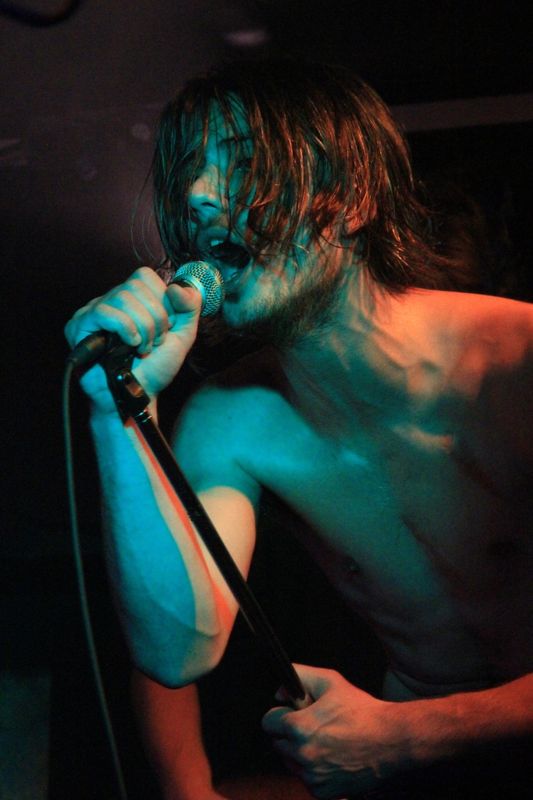 Having secured sponsorship from a scrumpy maker, they primed their friends at a pre-party around the corner on Queen Street and launched them on the KA. There was crowd-surfing. The singer Dahnu Graham took ojf his shirt and vamped -- and then, when someone threw a bra on stage, put on the bra and vamped some more. I thought theirs was the performance of the night. Watercolours, on the other hand, struggled at times to convey the suppleness of Chelsea Jade Metcalf's music -- and Chelsea herself seemed to be suffering up there on stage until she had the lights turned down. 'Night Swimmer' and 'Under' were lovely, but there was a bleak number in the middle of the set that almost disengaged the crowd. Also, Chelsea: get togther some stage patter! 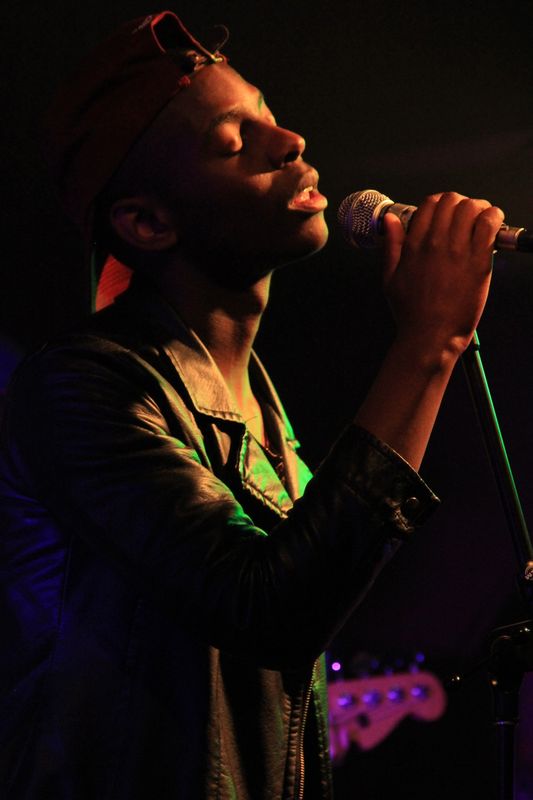 Last up, Loui the Zu. This kid is so professional, such a communicator, but his voice got a bit lost in the mix at times. His set was rockier than most of the music he's put on Soundcloud and I think that'll work well for him with young audiences. 'Smokers Lung' was the closing tune, and as noisy as you like. Jim, my youth consultant, liked Loui the best and I totally get why.

We stuck around to see Watercolours announced as the winner, and even though her performance on the night wasn't her best ever, it was a good and popular choice. She strikes me as someone who'll use the prize well. This event works, it really does.

I think our sponsor deserves a word here. I was introduced to two of the three finalists -- Loui the Zu and Watercolours -- by TheAudience, and Beach Pigs have been there too.

And while some weeks can be a bit thin on TheAudience, there's some good stuff there at the moment.

You'll be able to see a little Estere on Sam Mulgrew's excellent report on the launch of the digital Vanguard Red magazine for this week's Media3 (10.25am tomorrow, TV3). And you might reasonably expect her to be lining up for next year's Critics' Choice.

I think it can be said that there's a distinctive Aotearoa hip hop style style emerging here.

And this kooky, slinky electronic number:

I can't recall whether I've mentioned this Gentlemen track before, but it's very cool (click through for downloads):

And while Beach Pigs appears to have disappeared from TheAudience for the moment, their drummer, Suren Unka, has one of his own tracks in the Top 20. It is not punk rock like the band makes, but beautiful techno. Download available too. I cannot wait for this kid's album:

Meanwhile, sometimes after a Media3 recording, we have a bit to eat, a drink and a little groove. And nothing pleased the dancers more last night than Leftside Wobble's amazing edit of 'All the Way Down', from Esther Phillips' patchy-but-brilliant-in-parts 1976 album Capricorn Princess. You really need this:

Bobby Busnach's loping, extended take on 'Slave to the Rhythm':

And, finally, a weird and little-seen (on account of naked boobies) video directed for The Cars by Andy Warhol:

And Dangerous Minds reminds us that this week would have seen Laura Nyro's 65th birthday and offers a nice little post on her under-appreciated career, including a clip of one of her rare TV appearances: