The occasions when Bill Direen recruits some friends to explore his remarkable catalogue always have the feel of a gathering of initiates and oddballs. There are often unusual people present, but perhaps we're all strange.

This year, Saturday night's show at Audio Foundation was the culmination of a short tour northwards from Dunedin, with a fresh vinyl pressing of Bill's brilliant debut album Beatin Hearts in hand and Simon Ogston there shooting for his forthcoming documentary Bill Direen: A Memory of Friends.

The lineup has varied according to who's been available in each centre and Auckland was notable for the presence of Andrew McCully on keyboards and the presence of two drumkits, marshalled by Stuart Page and Steve Cournane respectively.

I only caught the end of a quieter early set (having spent the previous two hours yelling and cheering at the rugby coverage with some friends I'd just met), but I was there for all of the rock 'n' roll. There was a dramatic version of 'Inquest', a blazing rendition of 'Kicks' and this performance of 'Love in the Retail Trade'.

I thought the twin-drummer lineup brought a real snap and intensity to proceedings. It was brilliant, basically. 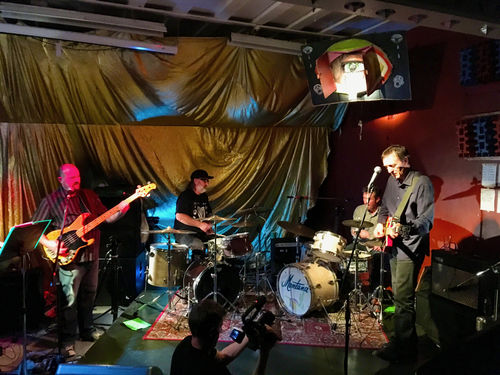 The only bum note (well, okay, 'Circle of Blood' was a bit messy) was the couple in front of me. Who stands in the front row of a show like that and proceeds to have a long, loud and unrelated conversation while the band plays? Honestly, go and do your flirting somewhere else, you prats.

A hundred metres away from where The Builders played on Saturday night stands the Flying Out store, on Pitt Street in what was once The Shaver Shop. Hunter Keane's 10-minute documentary on the shop is basically a look at what a record shop is in 2016 – a place to be.

Speaking of great catalogues, the Hamburg-based label Thokei Tapes has just released RePort, "a selection of 21 not-so-famous Robert Scott songs", which covers both solo work and Bob's various musical alliances, including The Magick Heads and his settings of Robert Burns' 'Green Grow the Rashes O' and 'My Bonie Bell'. (There's also a version of Abba's 'When I Kissed the Teacher'.)

It's available here on Bandcamp for $US10.

My other long-weekend listening has been of a different character. Leisure's debut album was released on Friday and it's a slinky, groovy summer thing. It's on the usual digital servces, but there's also a vinyl pressing which was, unusually, ready on the release date.

David Herkt has popped back to his Public Address blog with an absorbing interview with my old friend Martin Aston, on occasion of Martin's new book, Breaking Down the Walls of Heartache: How Music Came Out, a definitive (and until now, somewhat secret) history of gay and lesbian pop. It's a great post with examples of the music sprinkled through it. Have a read. 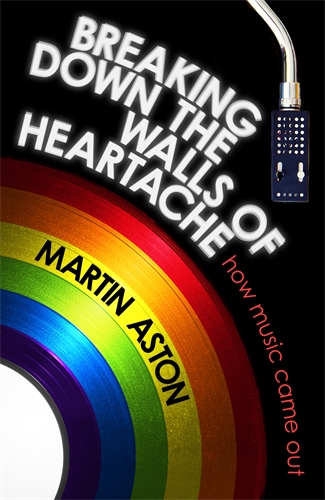 I couldn't get to Thursday's launch event at Golden Dawn, but I got a private demo of Rohan Hill's synthesizer-sequencer-sampler the Deluge a little while ago and it's a remarkable thing, developed from the ground up – he even did his own microcontroller programming. You can read Audio Newsroom raving about it and find out more here. 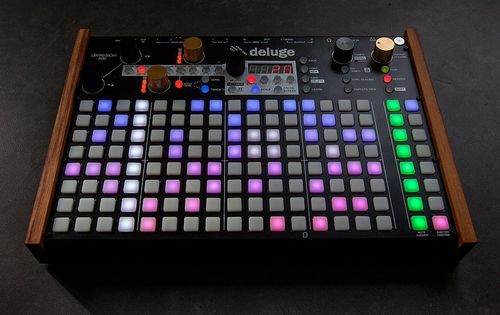 On Audioculture, Peter McLennan traverses the remarkable career of Alan Jansson, from The Steroids to 'How Bizarre' and beyond.

Eric B and Rakim are back together!

And they've hinted about touring as far afield as Australia ...