The ostensible topic of last night's Media Take show was Mike Hosking's awful performance over who can vote for the Māori Party (answer: anyone, of course). But, especially in the extended "open floor" korero, it developed into a frank, intriguing discussion of the nature of political campaigning in 2017 – and how to survive political scandals.

We had pencilled in the Māori Party's Tamaki Makaurau candidate Shane Taurima, but when his party's co-leader Marama Fox also became available, we decided to welcome them both on the show, on the reasoning that Shane would have a useful perspective on the Hosking debacle as a former TVNZ journalist. Then, having booked Shane Jones, Winston Peters' superannuation whoopsie (and its potential dirty politics storyline) rather fell into our laps.

The other guest was David Bowes, CEO of the social media research form Zavy, whose Election Tracker offers an interesting insight into the how the respective parties are faring on the social media platforms. Among other things, it vividly illustrates the "Jacinda effect" – both the volume and sentiment of interactions with the party's Facebook content soared from the day the new leader took over and that hasn't really stopped.

On Twitter, no party gets out of negative sentiment – although I do wonder about the parsing of language that creates that measure – but New Zealand First does surprisingly well. And the Greens just about have Instagram, that sunny space, to themselves.

The highs and lows of National's Facebook sentiment are also instructive. Its worst moment was this picture of Bill English congratulating John Key on his knighthood – and it is currently on an upwards trajectory thanks to "Hardworking New Zealanders are not an ATM for the Labour Party", which has been shared more than 2000 times. That line is working for them and you will hear variants of it from now until election day. 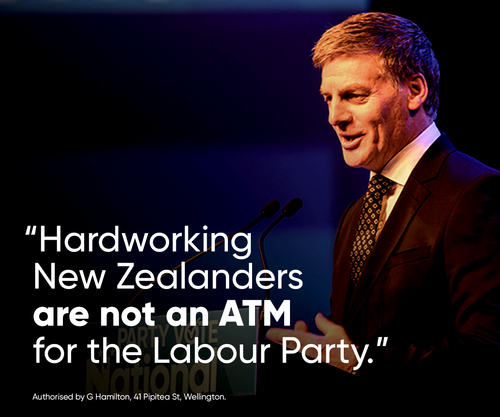 But something interesting happened when I put printouts of those graphs on the desk before we started recording. What are these, Marama Fox wanted to know. What's it say about us? How are we doing? She's keenly aware of the way social media can enhance her party's languishing public profile – globally, even.

She'll need every bit of presence she can muster – because the latest polls from the Māori electorates contain a cruel irony. Māori Party candidate Howie Tamati is showing a strong and unexpected lead over the Labour incumbent Adrian Rurawhe in Te Tai Hauāuru. If that holds, there may not be enough party vote to get Marama Fox back into Parliament on the list – and that would be great loss for Parliament itself. (And that is an if: as Gavin White has noted on Facebook, the Māori electorates are tricky to poll for various reasons).

It's something we say every election – but this time I think it's actually true. My sense is that all the candidates have clear instructions around "social". And a lot of that involves pictures. I'm not sure whether Jacinda's people set up the Miss Piggy encounter or just recognised a golden photo-op when they saw one, but ...

Look who we ran into at lunch... pic.twitter.com/sUiMRMlhw9

I was moderator for a Film Auckland forum on the parties' respective screen industry policies last week, and the moment I called time, the panelists whipped out their phones for selfies. Peeni Henare took one with Chloe Swarbrick – an MOU selfie, if you will. 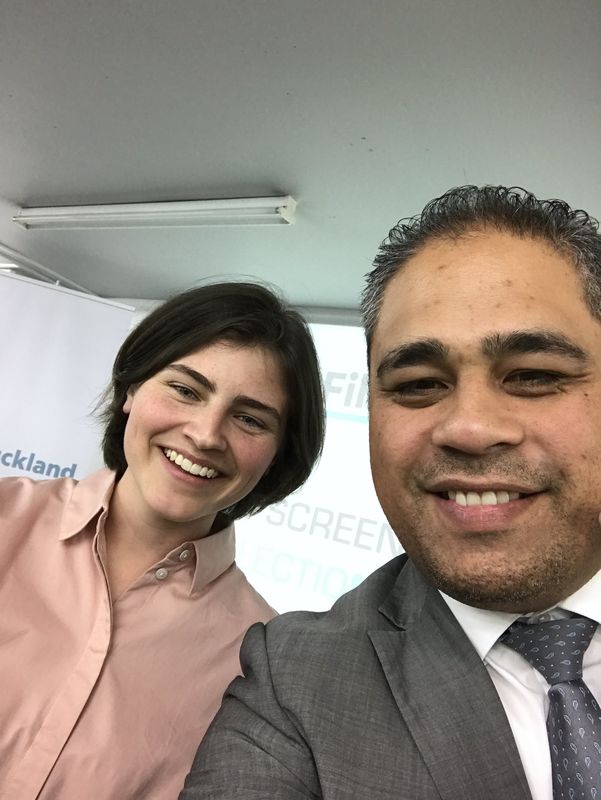 That forum also included something that hasn't been a feature of many public discussions in this campaign: the presence of the National Party. We were quite unable to fulfill our promise to present a National candidate on Media Take this week. Working through a list, we thought we had Botany MP Jami-Lee Ross, but after "checking with Wellington" he was suddenly busy that evening. National is also not doing any of Māori Television's debates. The sense is that they've been consciously narrowing their message and who they talk to.

So I'm grateful to minister Maggie Barry for fronting at the screen industry forum. And it seems worth noting that even given her advantage with ministeral briefings, she acquitted herself well. Judging by the conversations in the room afterwards, she won votes.

We should perhaps pause to acknowledge how hard many other candidates are working in this campaign – most notably those from the Green Party, who will be keenly aware of the ground they need to recover. Chloe told me that she doesn't have a free night from here until election day. And James Shaw – who stepped in at short notice for Metiria Turei at our Orcon IRL event a couple of weeks ago – may need to take care he doesn't exhaust himself.

I like the fact that even as the process of persuasion goes more and more digital, we seem to be seeing more real-life interaction too. I think that's healthy.