Christchurch, east of Hagley Park, is still a city of stopped clocks and missing teeth, but less so than before. New structures have begun to appear on the CBD fringe. The cardboard Cathedral stands at a corner of Latimer Square. Woolston has The Tannery. My friends in Brighton are finally getting their house repaired.

But not much happens in the residential red zone, the condemned area that stretches alongside the Avon towards the coast. Nearly all the 5000-odd dwellings have been vacated; people have done their best and gone. The 68 members of the Quake Outcasts group continue to seek fair compensation for their undeveloped sections. They won in court this week -- and were promptly insulted by the Prime Minister.

From what I could tell, Christchurch residents don't go there either, except to pass through on Avonside Drive. The day I visited, six or eight whitebaiters ignoring the health warnings were almost the only people not in motion.

I was in Christchurch for the weekend and, as I did last time, hired a bike. At ground level, the 630-hectare red zone seems unfathomably big. (The Press's dedicated website Zone Life: Our Disappearing Suburbs, lets you make comparisons with other parts of Christchurch, or with your own city.) I only got around a part of it: heading out from Fitzgerald Avenue on River Road, crossing the bridge at Gayhurst Road, returning on Avonside and exploring a few of the streets on either side.

Last time, I had intended to take photographs as I passed through on the way to Brighton, but realised I shouldn't and couldn't. People there had enough to contend with without rubberneckers. This time felt different. It's done and dusted now.

Some houses have been entered, vandalised and tagged (a taxi driver told me one or two go up in flames most weeks), others clearly never recovered from the damage of February 22 -- and many look to have been abandoned in good order. I didn't feel comfortable peering in windows, but I did walk up to a couple of open front doors.

There is so much left behind here. I'm not sure if there has been any effort to reycle the fittings of some of the older dwellings, but there would be enough to keep a retro market going for a decade or two. I wonder if Sky Television knows how many satellite dishes it has stranded in the red zone.

"Is it starting to look like a wilderness park?" a Christchurch friend asked me later. Not yet, no, although the blossoms are out already and I think it will look different after this coming spring and summer. But it's not apparently infested either. Whatever dangers there are don't seem to extend to pestilence.

No one I asked seemed sure how many streetlights stay on at night, but it must be an unnerving place after dark -- not least for the people on the edge. Some streets seemed to pass from vacancy to occupation and back. The edge will be a strange place to raise families -- although, I'm sure, an exciting place to rove for the kids.

A process unique in New Zealand and almost unprecedented anywhere has begun now. Whole suburbs have begun their disappearance. Did I say "unfathomable" somewhere up there? Yes. It's unfathomable.

All photograhs taken on Sunday August 25 2013 with an iPhone 4S in Camera+. 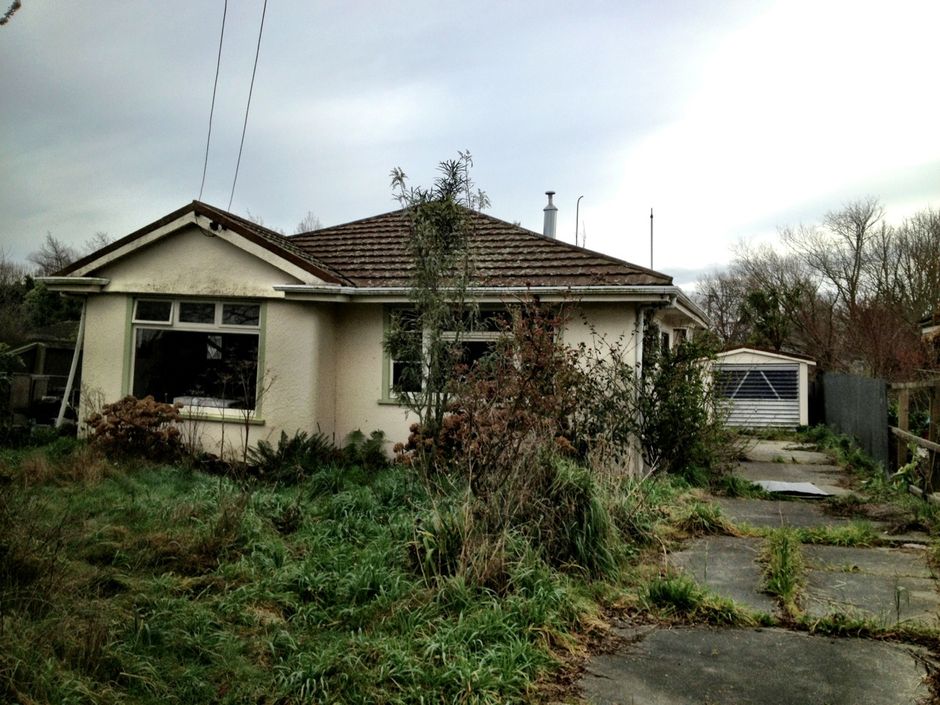 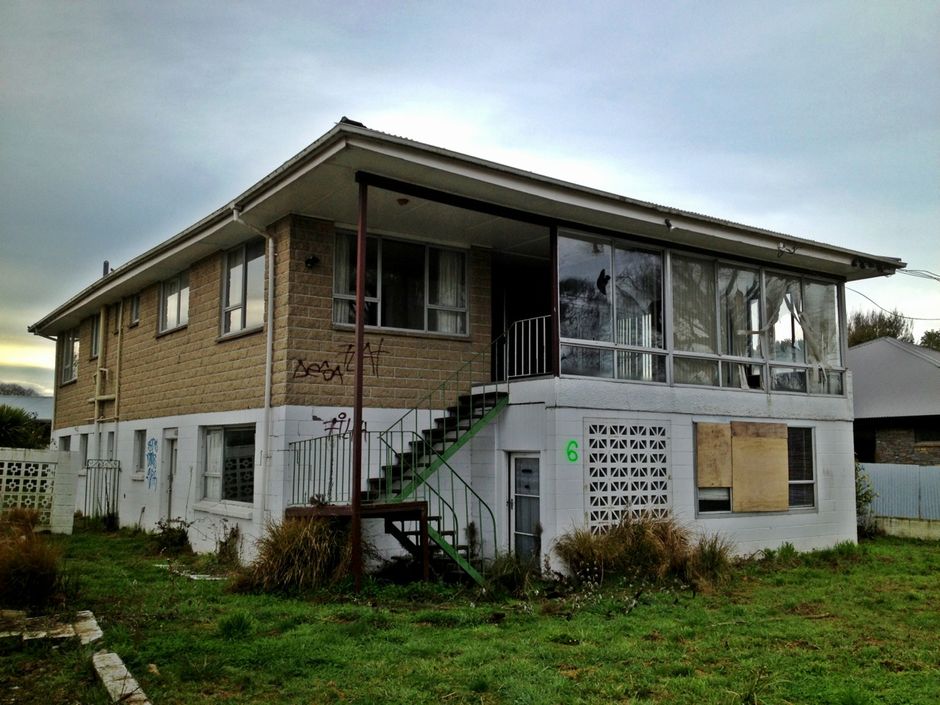 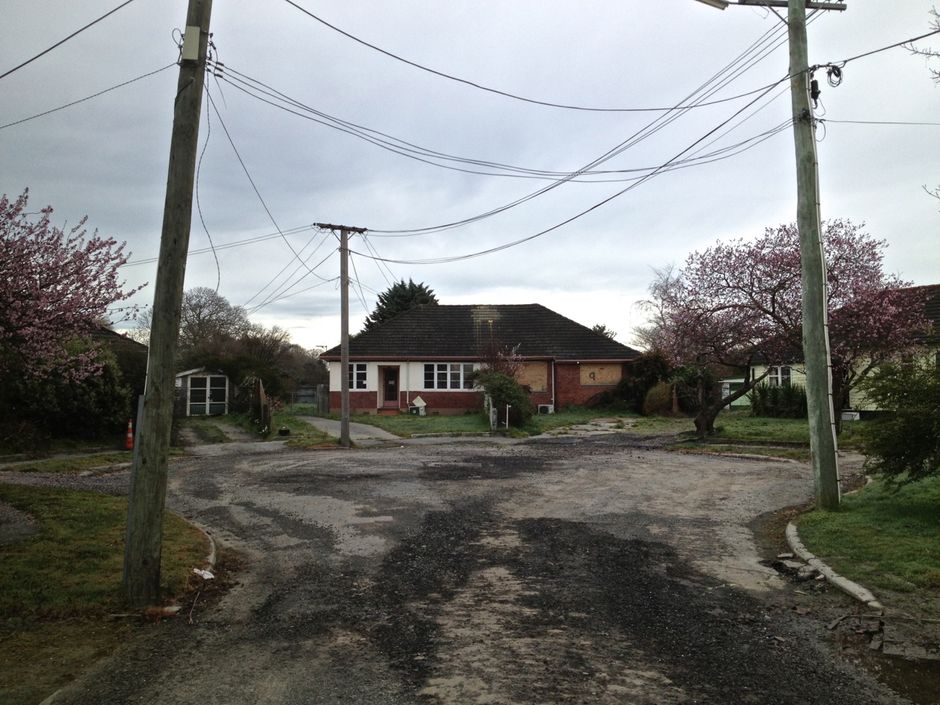 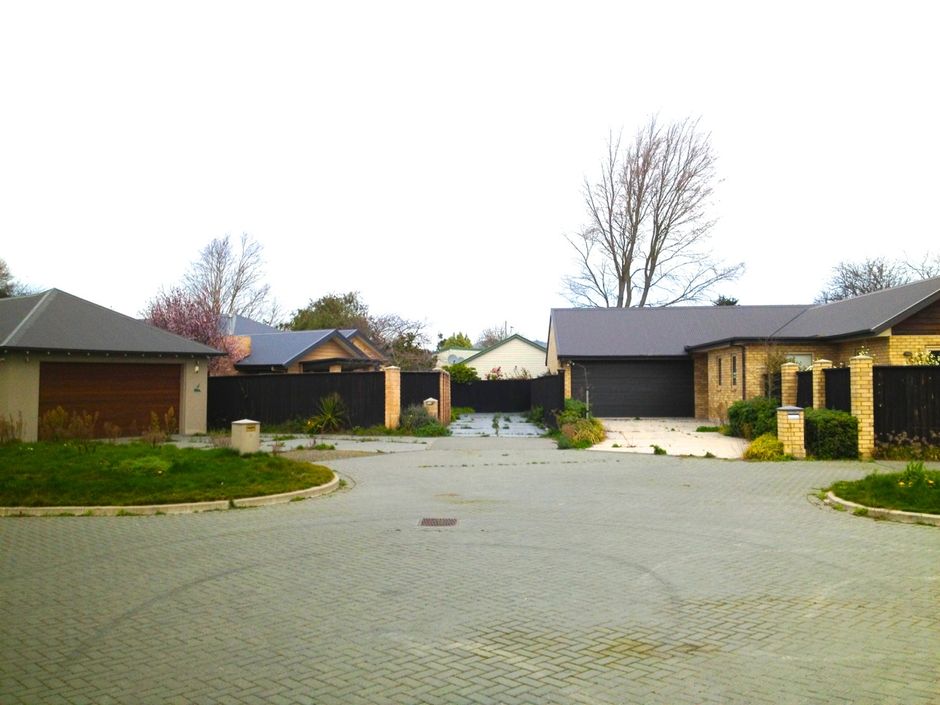 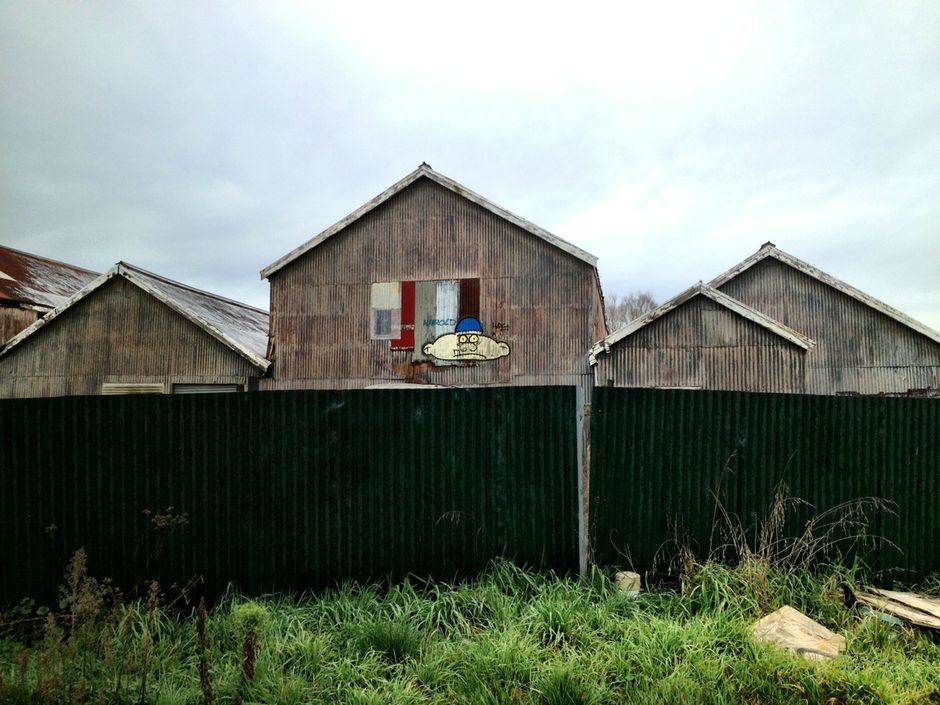 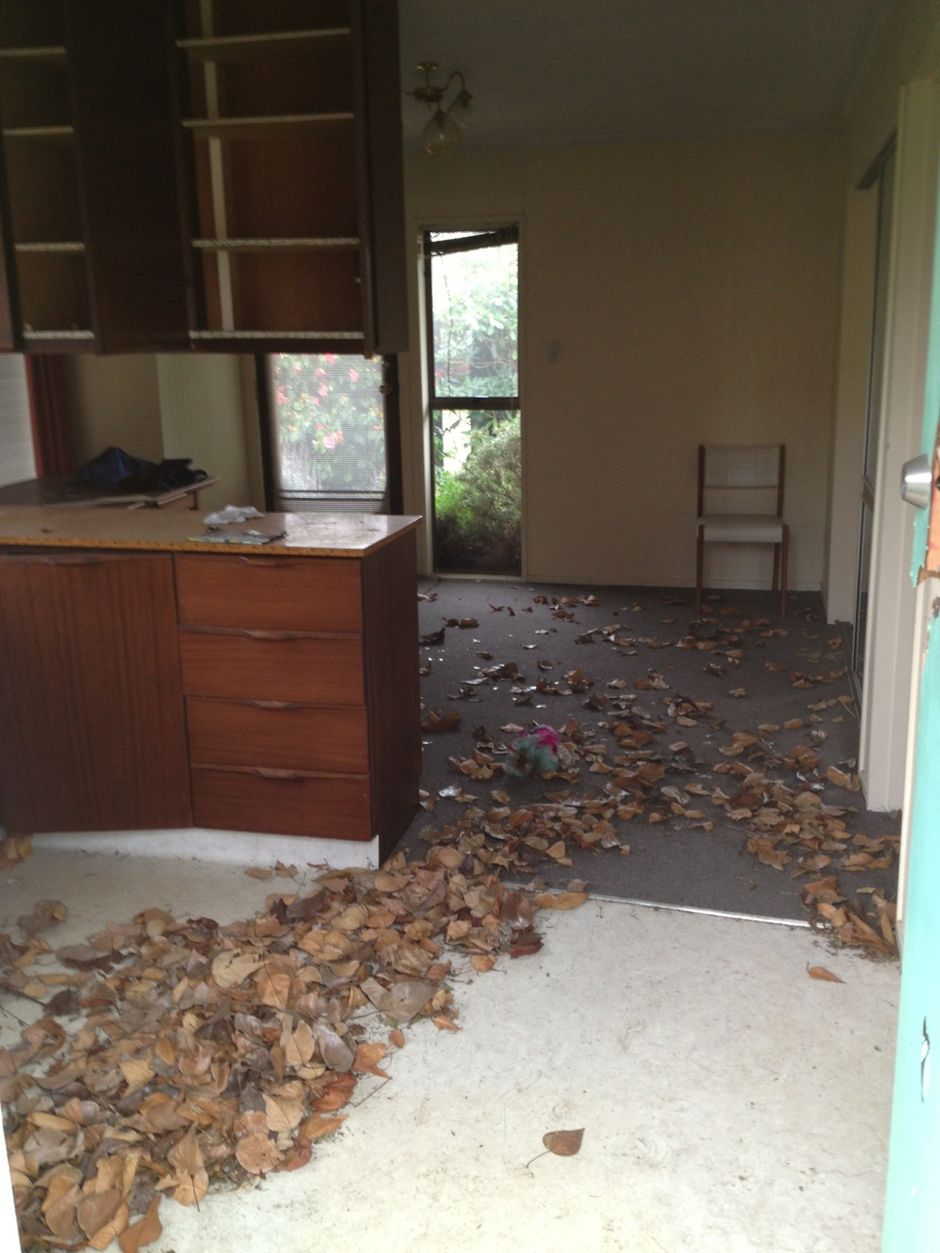 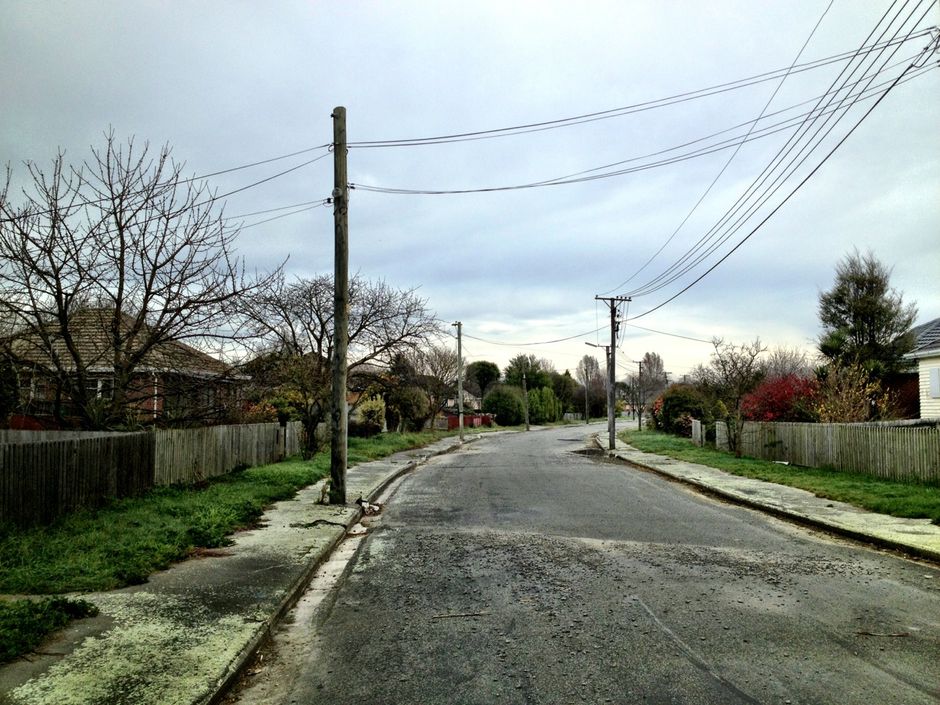 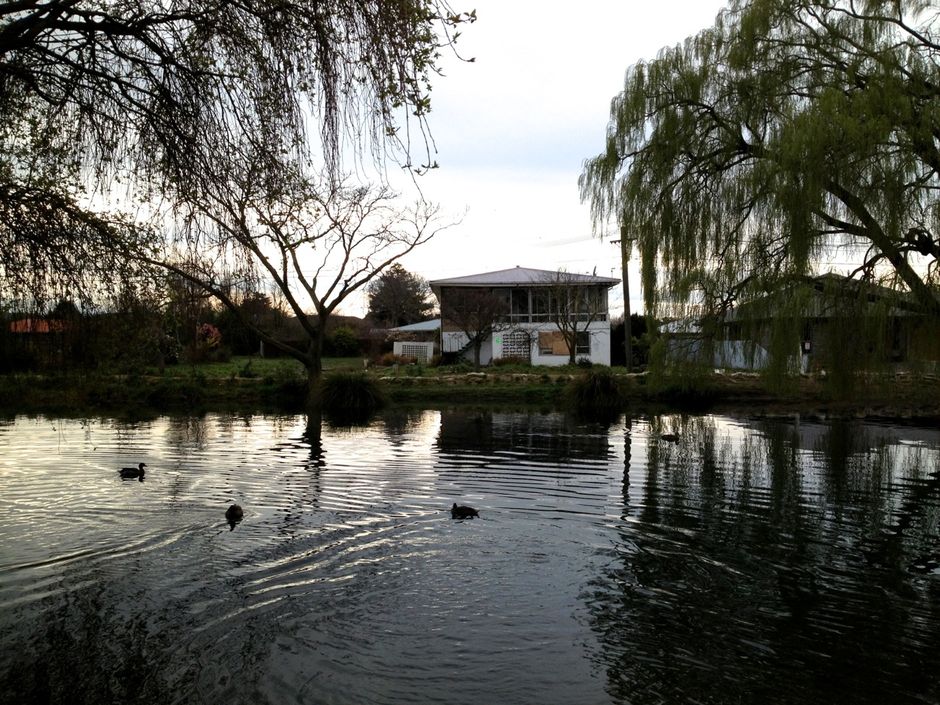