Unthinkably, it could have been worse. In the same 24 hours as Omar Mateen carried out the deadliest mass shooting in American history, another man, James Wesley Howell, was arrested wth multiple assault weapons and bomb-making ingredients, before he could carry out his intention to "do harm" to those who gathered at Los Angeles' annual Pride march.

Mateen seems to have been a horrible man. He abused his former wife, who had to be rescued by her father – at the cost of leaving  behind all her belongings. He reportedly got more religious after his wife left, and said things that attracted the attention of the FBI. A workmate has attested to his constant use of racist and homophobic language. His father believes he may have been acting out vengeance after after objecting when his young son saw two men kissing.

The public parts of Howell's Facebook profile speak of an ordinary young man with a thing for cars and a series of ordinary jobs, including one with a security firm. They also include this: 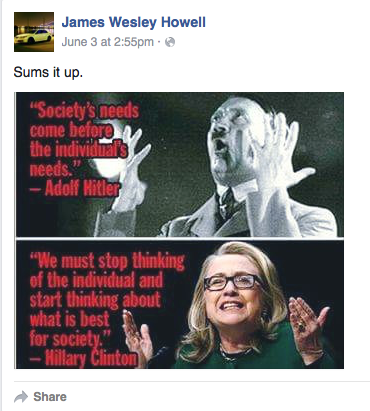 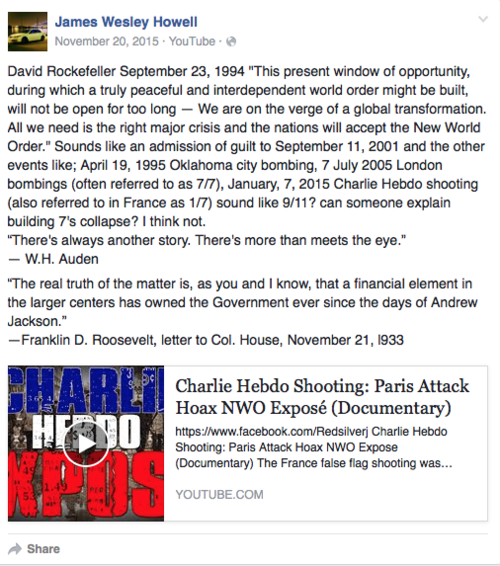 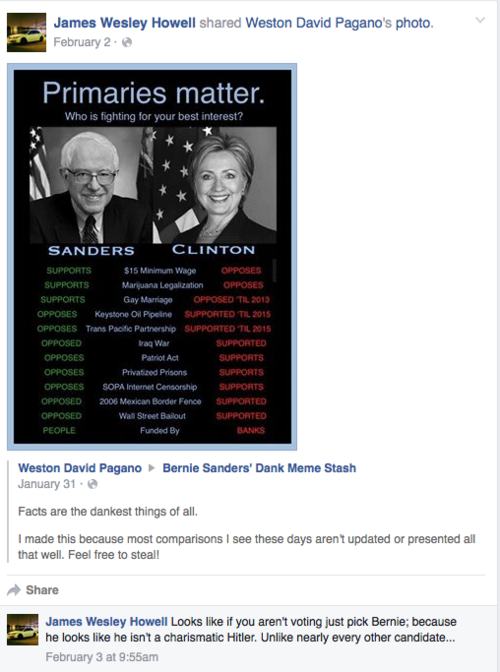 He also apparently thinks Democrats are stupid and wants to free the weed.

Remarkably, both men worked for security firms. But the main thing they had in common is the ease with which they were able to obtain deadly weapons. The same applies to Dylann Roof, who last year simply went and bought the weapon he used to kill nine members of a black church congregation, although in theory he should not have been able to.

This is a bad morning. I'm a straight man, but the location of the Florida massacre – a gay club – makes me think not only of the gay friends who found their identities in such places, but of the things that are culturally important to me that were forged and founded in gay clubs of yore. This morning, a gay friend of mine got hate mail at his work email address. "I need a hug," he told me. Don't we all.