Two weeks ago in this blog I expressed my appreciation of High Hoops' performance at Laneway -- and concluded by politely asking when we might expect some new tracks. Last Friday, barely two hours after I'd hit the publish button on the week's music blog, this appeared on the internet:

It really is some some tremendous wistful disco, and it has enjoyed a notable reception since it went online a week ago, with more than 6000 plays on Soundcloud and rave notices from some good MP3 blogs, including the very influential Earmilk, whose reviewer described it as "awe-inspiring and spectacular" and quite a bit more besides.

I don't know Jordan (I'm not even certain that's his name), but it's nice to see someone who patently puts a lot of love and care into his work get some international applause for it.

Happily, I get another chance to see High Hoops -- oh and the Orb, DJ Shadow, Ragga Twins, a sweetly-timed Murray Cammick disco set and quite a lot more -- this weekend at Splore. But it's not just the music. Ross Liew wrote for us about the art of Splore. I'm doing something I normally hate doing and wearing fancy dress on Saturday night. And with both the NRL Nines and the Eminem-headlining Rapture show happening in our neck of the woods this weekend, it's going to be pretty special to be somewhere beautiful and community-oriented with a notably low boofhead count.

Most of us know about the famous rivalry -- and ccasional outright mass violence -- between mods and rockers in 1960s Britain. But did you know we had our own instances? Andrew Schmidt writes for Audioculture on the scandalising 1966 murder of Les "Lightning" Thomas.

And Gary again on "troubled genius, avant-pop savant, call him what you will", Phil Judd. Which includes this 1976 picture: 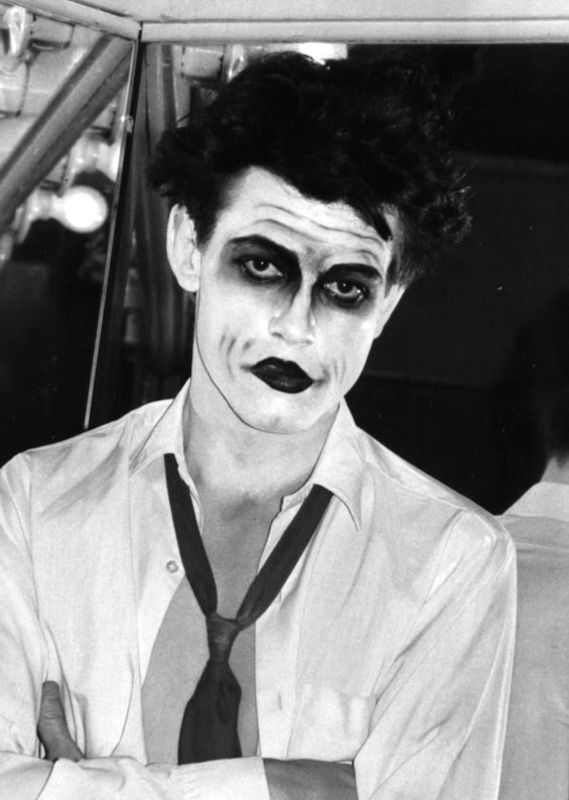 Wire -- yes, that Wire -- play Auckland's King's Arms on Monday in support of last year's Change Becomes Us album. While they've been notably unsympathetic in the past to fans' desire to hear their classics played, this time they'll be playing both their new stuff and their old stuff.

E-tickets are available here via Under the Radar, but I also have two double passes to give away. Click the email icon at the bottom of this post and email with "Wire" in the subject line. I'll do a draw at the end of the day.

Update: It's drawn -- and Benjamin Telfer and Phil Armstrong ar the lucky winners.

Note also that weirdo Dunedin supergroup Psychic Maps (including Chris Heazelwood and Simon McLaren) play Auckland's UFO venue on Friday the 21st and the Thirsty Dog pub on the Saturday. On the Friday night, my friends' band Hypnic Jerk debuts.

This week's Lorde news: the Billboard story, headlined with touching cultural gaucheness, Happy New Zealand Day! 10 Artists who could make a Lorde-like leap. Fairfax ran a story based on the list, quoting Simon Grigg, who pours a bucket of cold water on the idea of a "Lorde effect".

I've talked to people about this and I think there is a window within which local artists will enjoy global industry attention that they wouldn't had not Lorde happened. But Simon's substantive point is well made when he continues:

"That said, when OMC hit No 1 I got a call from US producer Kim Fowley asking if I had any more of those [Polynesians]."

The reason for Lorde's success was because her work was "massively different" to anything else on US radio – unlike some of the other New Zealand acts on Billboard's list, he said.

"How Bizarre and Lorde both worked because they were unique, and more, they were not competing with a US version of the same sound, with a billion dollars spent on it."

While he hoped there would be some spinoff for New Zealand acts, the international rule was that there rarely was, Grigg said.

With the notable exception of Broods, who recently signed a big international deal after putting one song on Soundcloud, none of the artists listed by Billboard will actually make a "Lorde-like leap",  for the simple reason that they already have careers to some degree. Phoenix Foundation, for example, have taken responsibility for their band as a business and a creative entity and earned more respect, and profile, with each release they make. They've toured internationally for years and they're not 16 years old.

And Billboard hasn't exactly done any deep A&R digging here. It appears that the reporter has spoken to a handful of managers and record company people who have done their jobs and provided names and YouTube links for their own artists.

Naked and Famous and Broods are already in the lower reaches of US charts and David Dallas is in a good place for (and deserves) a breakthrough, but Billboard might have been better looking at the last few New Zealand Music Awards Critics' Choice prize lineups. Street Chant beat the Naked and Famous in their year and have an endlessly-awaited second album coming. Watercolours won in 2012. The whole of last year's finalist lineup -- Sheep, Dog & Wolf; Janine and the Mixtape; Paquin -- should all be of interest to a record or management company looking for an artist rather than a quickie.

And, without blowing the trumpet of this blog, I would think everything on Lorde's Mixtape for us should be at least a compulsory listen for record and management companies looking for whatever boom there might be.

I mentioned the forthcoming @Peace album last week. Here's the first single, 'Gravity', leaked in the way these things are:

The Right Honourable Stinky Jim has broken a year's Soundcloud silence with a demo track he says he was for technical reasons unable to progress to finished form. It's a download and it sounds just fine to me ...

The man has quite some musical range.