Here's a thing about dance music: half the time, it's in an identity crisis. Its founding myths are in dark little clubs full of the marginalised, but it reaches the masses as risible stadium EDM. This isn't exactly new: as far back as the 1990s, dance music tours to New Zealand were undertaken less by DJs than by megabrands. Remember when 4000 people packed into the Aotea Centre for Gatecrasher, on a school night? If you do, it's probably not for the music.

But in recent years, we've seen something more real flourish: touring club shows by real originators, promoted by real fans. That was very much the case last Sunday at the latest show in the Anno Domini series, spanning the afternoon and evening outdoors at Auckland Art Gallery's rooftop cafe and featuring Detroit's Theo Parrish.

It was a nervous afternoon for the promoters: Parrish's flight from Australia was delayed and CC:Disco (aka Melbournite Courtney Clarke, interviewed here by RNZ Music) played a longer set of of her unpretentious, good-timey disco than originally intended, until the headliner arrived. But, fortunately, arrive he did.

The most notable thing about Parrish's work is its sheer variety: from straight-up house music (he's been an associate of everyone from Lil Louis to Moodymann) to Black Jazz Signature, 2013's brilliant mix album of tracks from the obscure California label Black Jazz. But by reputation, his live sets focus most of all on his much-bootlegged Ugly Edits series of reworks of soul, funk and disco records from the deep crates.

And so it came to be. I'm not going to pretend to know much of what he played, but when his edit of Jacky Beavers' 1974 cut 'Mr Bump Man' wove its way into the mix early, it was every damn thing: taut, funny, very, very funky.

Parrish, more that most DJs, works the EQ hard when he plays live (occasionally more than the PA will comfortably bear, as was the case on Sunday) but it's not just knob-twiddling. By scooping out different ranges, he recontextualises each track live and relates it to the one before and after (he talks about that here). He actually has a Bachelor of Fine Arts in Sound Sculpture, which probably makes this all sound more pointy-headed than it really is: you don't need to know this stuff, you just need to be able to detect rhythm and move to it. My body was aching by the time the evening was done.

As the appointed end of the evening, 8.30pm, ticked over, he began taking it down – not with anything those conventional as a chillout tune, but with jazz records, bumped into each other to create crazy polyrhythms. I just kind of stood still and let my head dance at that point. It might even have been my favourite part of the whole set.

Simon Grigg observed that one really nice thing about the whole show was how clearly Parrish himself was enjoying the music he played – even singing along with the records at times. Simon also got some nice pics: 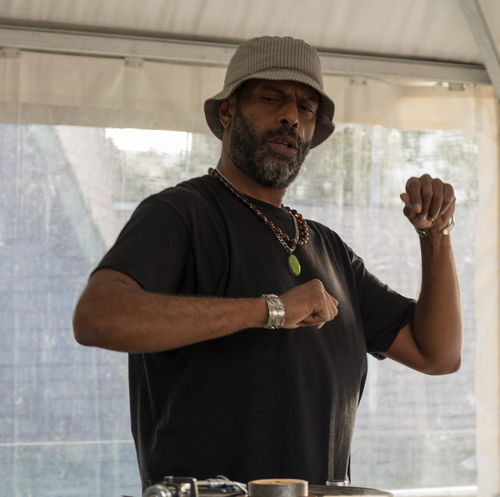 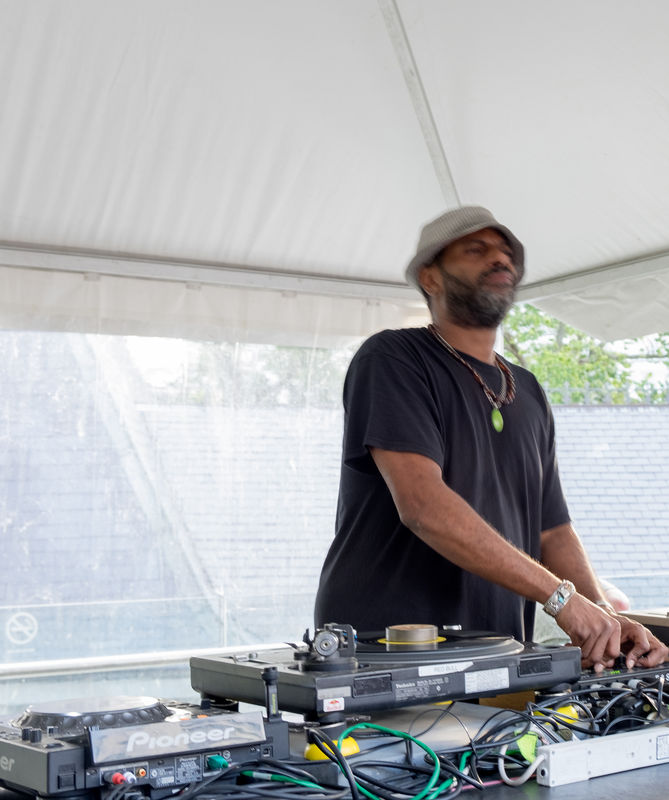 Thanks, Anno Domino: this was a fun day and a really rewarding one musically. I've come away wanting to get my head around more of Theo Parrish's music.

You can buy Theo Parrish's 2014 album American Intelligence directly from his Sound Signature website (along with a whole lot of other stuff), or here at Bleep.

On Bandcamp, there's the 2015 collaboration with afrobeat legend Tony Allen:

And his rework of Fat Freddy's Drop's 'Mother Mother':

Did I mention he had range?

Something – sort of different but not different to the above – I've been enjoying over the break is Brian Eno's new album, Reflection. It's an ambient album, but I don't think I'd cracked its particular nature until I read a review that made a passing comparison with the painting of Mark Rothko. Dammit, that deserves more than a passing mention, because it seems to me that's exactly what this is: the sound of a Rothko painting. And it's lovely.

PS: The album is also available as a generative app for iOS. I propose that you spend the $US40 and tell me how it sounds. 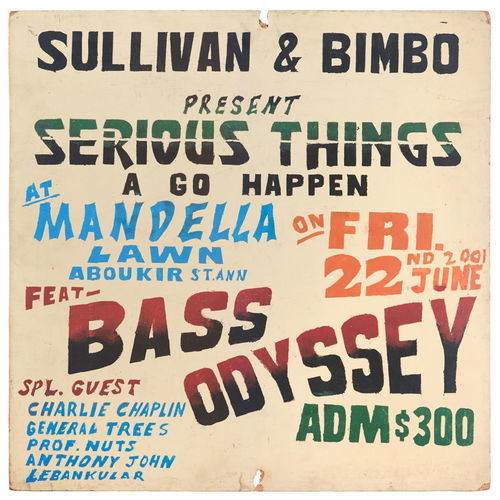 I really enjoyed catching up with Jay Clarkson yesterday during her brief visit to Auckland. If you're in Christchurch, be aware that she's playing with her original Breathing Cage band next week – once at Blue Smoke and again in a free gig at St Albans Park. Details are here on her website.

Finally, I'm pretty buzzed out by the news that disco mix god John Morales has been added to the Splore 2017 lineup. Because you know how much I like that shit.