When TheAudience launched as an NZ On Air-backed hype site more than two years ago, perhaps the the first song on it to really stand out for me -- and for a lot of people -- was by an artist, new to me, who called herself Watercolours. The song was called 'Night Swimmer'. You couldn't buy or download it.

It's been a while. Long enough, in fact, for Chelsea Jade Metcalf to have stopped calling herself Watercolours and gone out as simply Chelsea Jade. And, today, finally, you can actually buy a re-recorded (with co-writer Justyn Pilbrow) 'Night Swimmer' in all its softly breathing beauty.

For convenience, it's there at the iTunes Store, but you may prefer to pick up the lossless version on Bandcamp. It does sound better:

There's a video too. It doesn't seem to be on YouTube yet, but you can see it on the i-D website.

I'm all for the recent trend of gigs with generous lineups and early starts. Case in point: Doprah have a show tonight at Galatos in Auckland, before they head to Australia and the US.

But that's not all. They're joined by Grayson Gilmour, High Hoops, Odessa, Couchmaster and the Sonny and Cher of crazy rap duos, Heavy. Starts 8.30. Details and tickets here.

And there's another early show at Galatos -- Moana and the Tribe on Sunday, showcasing Moana's new Paddy Free-produced album Rima. I have four double passes for that show to give away. Click the email icon at the bottom of the post and come at me asap.

Jeremy Toy is en eclectic artist. He went from the soul and funk of Opensouls to magnificent shoegaze with She's So Rad and then invented a disco alter-ego for that band. Now he has Leonard Charles, the name on a new EP of jazz-inflected, largely instrumental electronic tracks like this one.

You can download the individual tracks for free from the She's So Rad Soundcloud, or get the higher-quality version and give Jeremy a payment of your choice at Bandcamp (where you can also read the Leonard Charles backstory -- man makes improvisation electronica to help himself heal from a head injury, basically). This is cool.

David Samuels' Justin Timberlake has a cold, a long and, frankly, quite brilliant consideration of the contemporary music business set around this year's Grammys.

And Colin Hogg's tale of Mountain Rock 1994, excerpted from his book The Awful Truth for Audioculture. A few friends of mine found their way to the same festival and their stories had the same fear-and-loathing vibe as Colin's. I'm somewhere between wishing I'd been there to witness it all all and feeling deep gratitude I was several hundred kilometres away.

And also on Audioculture, Peter McLennan looks at the early years of Pitch Black's Mike Hodgson, as The Projector Mix. Some very cool posters from the 1990s here.

Buzz Moller is back! Not, this time, with Voom, but with Clap Clap Riot. Yet another great tune from the Buzzfactory and a free download:

They play Churchills in Christchurch tonight, as part of a tour which will include Buzz's new solo material and Clap Clap Riot swinging in as the backing band for a set from Voom's back catalogue.

I don't really get the R&B the cool kids all dig these days, but I do like it when the kids do their cover versions. Case in point: Eddie Johnston in his Lontalius guise and his lovely, slipping, sliding re-interpretation of Drake, which arrived as a download on Soundcloud this week:

I mentioned Valere a while back. She pops up this week with her first single off an EP set for release next month, the breezy 80s-style electro-pop of 'Dodging Bullets':

Fresh this morning from Auckland beatmaker S.F.T., this slinky instrumental:

Ace Sydney DJ (now New York resident) Copycat has been breathing new life into funk and hip hop classics for several years -- and now he has an album of his own, Stealing from Thieves, nearing release. He posted this banger this week as a free taster:

UPDATE: I felt the strong and pressing need to add to this post the cover of this album by this awesomely-named male quartet ("male quartet" is not a euphemism -- I think). Hat-tip Dangerous Minds ... 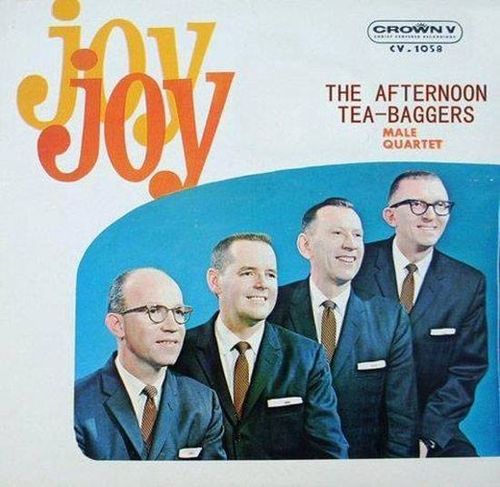