My friend Simon Grigg this week announced something I've known for a while – that he's stepping down from his role as creative director at Audioculture. It is, literally, to spend more time with his family: Simon and his wife Brigid live in Bangkok, he had to be here a fair bit of the time, she travels extensively for work and they were apart sometimes for months at a stretch.

Simon leaves a unique cultural project in good health. There's been the odd bit of turbulence over the more than three years that Audioculuture has existed, but the site is more than 1000 pages deep and travelling brilliantly. It has been a crucial part of a mood to capture and treasure our musical heritage – and, vitally, to present the culture around the music as part of the nation's culture. There really is nothing else like it in the heritage sector.

I'm on the board of the Digital Media Trust, which oversees NZ On Screen and picked up responsibility for the development and launch of Audioculture, so I've been involved from the start. But the vision has always been Simon's. There is literally no one else with the passion, the knowledge, the connections and the outright mana to get something like this to happen. (Not to mention, I'm sure he won't mind me saying, the occasional bloody pig-headedness.)

Simon's job will now be filled by journalist, author and musical historian Chris Bourke, with enhanced roles for the site's tireless web-editor Steven Shaw and comms person Nicky Harrop. And Janine Faulknor, the project director for both NZ On Screen and Audioculture, will, I hope, stay on in her role for a long time to come.

Simon will remain involved in a kind of editor-at-large role. He is also, you may recall, now the owner of the Rip It Up archive, where so much of the story lies and his lifelong contribution to our musical culture will doubtless continue in various ways.

But that's probably enough talk for now: just take some time this weekend to browse through Audioculture and see what riches are there.

Case in point: Murray Cammick's 2013 Audioculture article on Collision, the ace funk band from Tokoroa, who became the backing band for Dalvanius and played on his 'Voodoo Lady' single. 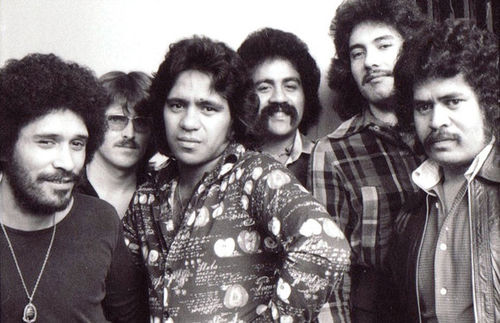 Nick Bollinger included Collision's sole album in his book 100 Essential New Zealand Albums, but it's stupidly rare, having been released in Australia just as the band broke up and only nominally distributed here. So there was quite a bit of excitement this week when Tito Tafa at Rebel Soul Records bought (and swiftly sold) a copy: 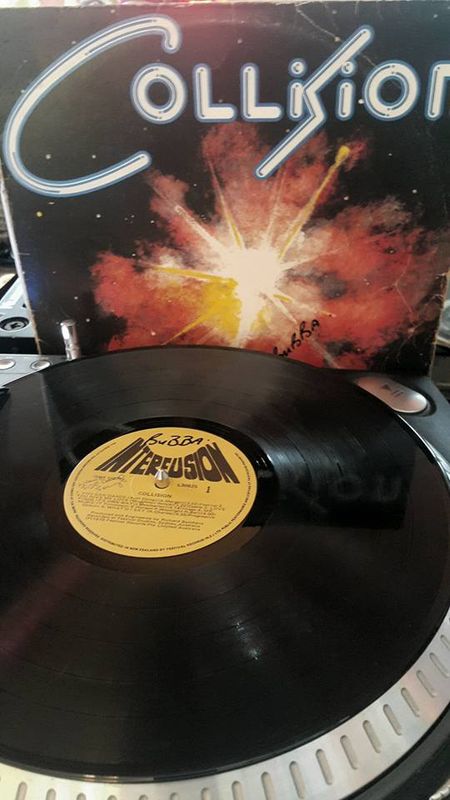 If you happen to see a copy of Collision, do please let me know first :-)

In the meantime, here's a taste of the funk:

Having prided myself on never surrendering to the radio-format world where people stop listening to new music and retrench to what they know as they age, I confess to lately struggling with the hip hop or R&B release du jour. Y'know, Beyonce's music rarely sounds more than the sum of its parts to me, and Kanye's Life of Pablo just seems like a lazy, unfocused mess. (My judgement has possibly been clouded by the fact that for 'Famous', he clumsily sampled two of my favourite songs of all time, by Nina Simone and Sister Nancy, and subjected them to a shitty rap and a video that verged on revenge-porn.)

But you know what? I do like Frank Ocean's Blond, released this week in the now-customary ambush mode. There's a depth and a tonal quality to it that I think will keep me returning to it. Hussein Moses offers a more informed consideration over on The Wireless.

I'm really looking forward to having a play on and around K Road at next week's The Others Way festival. The timetable is coming soon and the other information and tickets can be found here.

Also, Tape Wolves playng in the street at the Newtown Festival back in March. I'm including it now because it's fun, but also because it's an example of YouTube's spatial audio feature. To make the most of it, you need to drop an and Adroid phone into some Google Cardboard VR glasses and open it in the YouTube app:

Another free-download heritage edit from DiCE. This time, one of the great New Zealand pop tunes. It doesn't sound all that different from the original ...