You can't have followed beat-based music in New Zealand for the last 15 years without being at least peripherally aware of Julien Dyne, but he's been particularly in my ear lately, with his work on the Avantdale Bowling Club album (and current national tour) and his intriguing show with Jonathan Crayford as Two Farben at The Other's Way.

But, most of all, it's his album, Teal. There have been two local albums I've repeatedly reached for me to help me through doing stuff this year. One of them is by The Beths, and the other is this one. Just listen to what's going on rhythmically in the Ladi6-led single, 'Hours' (released in July last year, which gives some idea of how long this project has been in the works).

It's like that on every track, from the shimmering afrobeat of 'What You Say', featuring Mara TK, to the ducking-and-diving of the instrumental title track. I'm calling it now: if Troy Kingi's album was last year's welcome to summer, this year it's Teal.

It's on your streaming service, or you can buy the high-quality files and vinyl version (there are still some copies of the first pressing in local shops, I think) here on Bandcamp. You might also wish to get along to Two Farben's performance of the album at Anthology Lounge on the 17th.

You can also catch Julien and Melodownz for free at this month's 95bFM Drive Island at the Ellen Melville Centre. (I think the times on the bFM page are wrong, given that the event itself runs 4-7pm)

Speaking of Ladi6, there's a great new profile of her and her story on Audioculture, by Bridie Chetwin-Kelly. Reading it took me back a few years (quite a few) to when I booked her (and Parks) for several Public Address events. It all came out of seeing Ladi take her turn on the mic late one night  with Fat Freddy's Drop. I thought, there's something going on here.

So she and Parks played the very first Great Blend, at the Grey Lynn Bowling Club in 2004, and by the time they came on quite a few people had left. It was a Sunday and the late sun was reaching across the greens and into the room. There might not even have been any beats – just Ladi singing and Parks on acoustic guitar and backing vocals (the man has a sweet voice). As I recall, I actually cried.

Ladi's currently on the road in Europe with the Freddies. Next weekend, they play two nights at the Brixton Academy. She's also on several of their days of their New Zealand summer tour, including the big kahuna at Western Springs on January 19.

And she's also part of an impressive bill at Wondergarden on New Year's Eve.

The programme for the 2019 Auckland Arts Festival has been announced and the part of the music lineup I'm most interested in isn't any of the visiting artists, but the news that Anthonie Tonnon's A Synthesised Universe, currently doing an encore season at the Dunedin planetarium, is coming to the Stardome:

Critically acclaimed musician Anthonie Tonnon performs while Stardome’s planetarium is operated in real time; using Stardom as a kind of visual instrument to evoke the vastness of the cosmos. Alongside custom animations by Andrew Charlton, Tonnon performs on a storied 1968 electric guitar and a new Wellington-designed synthesizer-sampler which also controls the lights, making this a multi-sensory experience.

Elsewhere, Neko Case in the Spiegeltent looks pretty good, as does Candian alt R&B project Rhye in the same venue. Beach House and Four Tet both play the Town Hall – very welcome bookings, but I'm not sure either of them would play a room that size on a conventional tour. Arts festivals do attract people who don't usually go to gigs, so we'll see.

The Jungle Brothers have been added to the bill for Splore 2019, which is excellent news. If you want to know why they matter, check out the 'Do the Knowledge' episode from the second season of Hip Hop Evolution currently on Netflix. I've been finding this new season even more engrossing than the first.

A unique and unusual musical event was recently brought back into the light with RNZ's recent re-broadcast of Straw People's 1998 session in the Helen Young studio with Victoria Kelly and members of the Auckland Philharmonic Orchestra. You can listen to it here.

Local rapper of the moment Melodownz has a new video, which he talks about here. It's from an EP out later this month, which features appearances from Louis Baker, Troy Kingi and others.

He's also on the new Yoko-Zuna single, which is a taster for the forthcoming album Voyager. Yoko-Zuna have an exhibition of art by the album's sleeve designer Lyle Hawthorne that's also a pop-up store for their stuff. This seems to be a trend and it's one I'm very much here for: 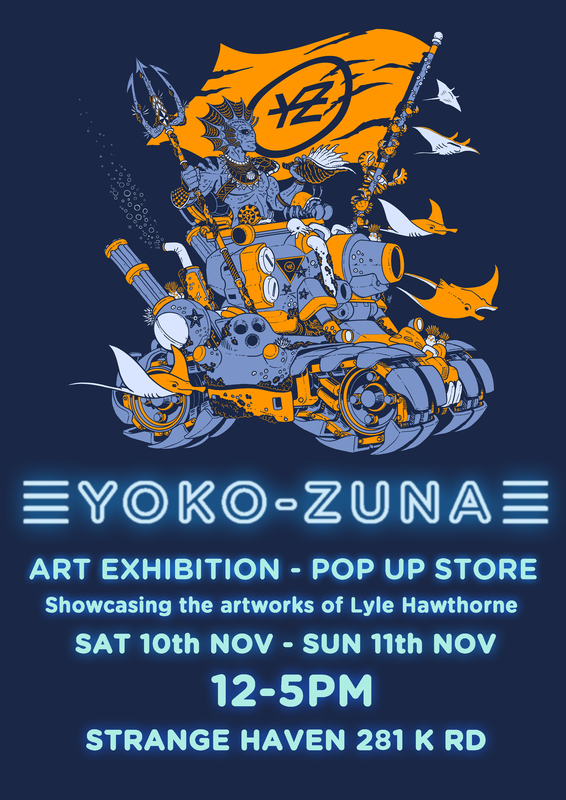 Marlon Williams is doing a show with the Auckland Philharmonic Orchestra at Villa Maria in January.

And Delaney Davidson is playing a free lunchtime show at Flying Out Records next Thursday, 12.30-1pm.

A new video fom the wild souls who are Orchestra of Spheres:

This seems an interesting idea: the forthcoming cinematic musical Daffodils features "re-imaginings" of a hitlist of iconic New Zealand songs by everyone from Bic Runga to Chris Knox and The Clean. This is the new teaser trailer:

Whoop! The BBC seems to be happy to let all three episodes of its recent dance music history Can You Feel It: How Dance Music Conquered the World stay on YouTube. It's earnestly kind about everything – even the rise of risible stadium EDM – but it's still a wonderful watch, with great footage and interviews. Can't recommend it highly enough:

The very productive Blair Parkes stays on his recent roll, with a lovely new song as Cardigan Bay available now ahead of a forthcoming album:

And you know how The Chills' Martin Phillipps often talks about how important Bowie is to him? Courtesy Darkstation, here's The Chills slamming out 'Rebel Rebel' at The Gluepot in 1990. Nice!