Auckland's Lil Chief Records has released a notable body of curious pop over the years – think the Brunettes, Voom, Princess Chelsea, Sheep, Dog & Wolf and and Jonathan Bree – but it seems to go through quite long quiet spells, punctuated by bursts of activity.

But wait, there's more! Lil Chief recruited various of Milne's peers to record all the tracks as a tribute album. The preview track is the Ruby Suns' remake of 'Our Jukebox Run is Over'. It, too, is lovely:

UPDATE: The vinyl is out today and the tribute album is on Bandcamp and also there to listen to on Soundcloud:

Another Lil Chief band is Shaft. I mentioned their brilliant new song 'Meteor in Your Mind' a couple of weeks ago.

Well, they're having a release show for it tomorrow night at the Thirsty Dog, along with the Naenae Express (who don't sound like what you might imagine from their name, they're more sort of warm, reverby jangle), The Situations and Will Saunders, all for only five bucks.

In case you've forgotten (and I frankly don't see how you could forget that chorus), 'Meteor in Your Mind' goes like this: 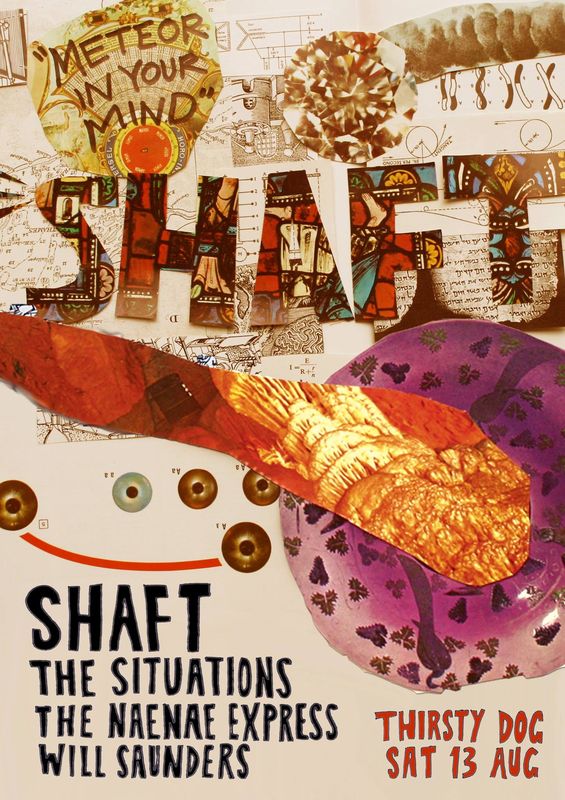 Turns out there's a lot of it on this weekend. Those merry pranksters Gold Medal Famous are playing at UFO in New Lynn tomorrow night (and bringing their theremin competition and chees-medal prizes with them). And the Axemen return to Golden Dawn tonight.

Flying Out have done the second lineup announcement for the 2016 The Others Way festival, which takes place in venues on and around Karangahape Road on Friday September 2, adding Nadia Reid, Sleepers Union, King Loser and others to what is now a vast bill including David Kilgour and The Phoenix Foundation. Info and ticket sales here.

On Audioculture, Murray Cammick has a marvellous illustrated memoir of how an art-school kid with a passion for soul music came to cover Auckland's emerging punk rock scene. Most of the pics are local, but they include this fabulous picture of Debbie Harry at the Intercontinental in 1977: 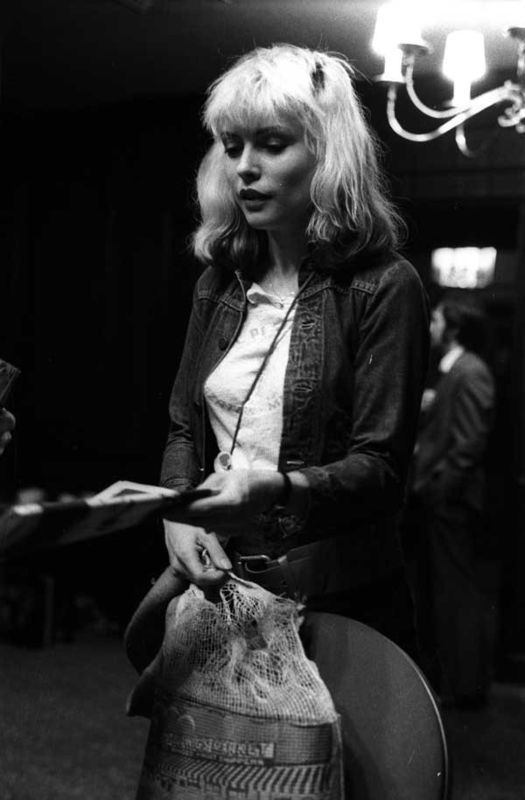 Meanwhile, The Saints have had their revenge on Brisbane. The Queensland State Library is plainly very pleased to have obtained a copy of the original, self-released version of the  band's unthinkably great 1976 debut single '(I'm) Stranded.

Which sounds to me like an excellent excuse to again present The Saints playing '(I'm) Stranded' on black and white TV in 1976:

This blog has been a bit short on kitchen-dancing material lately, but I aim to remedy that this week.

First up, I found this through The Golden Pony's Soundcloud. It's a bloody great disco banger. And it's a blessedly simple free download – just click the "Buy" button:

Another free download (mildly annoying Artists Union palaver, or just pay a donation) is this strung-out take on Steve Wonder's 'As':

Baynk, the New Zealander who came out of nowhere to play Laneway this year, continues to attract attention internationally. This is his new one on the French label Air de Paris. Free download for a bit of Soundcloud liking and following fiddliness:

This is odd, but I like it. Auckland's Frano, now with A Label Called Success, takes apart Bon Iver's 'Perth' and reassembles it in epic fashion:

Thanks to my buddy Keegan for the heads-up on this: Loleatta Holloway singing the blazes out of Otis Redding's 'I've Been Loving You Too Long' at The Paradise Garage in 1979. The recording's a bit scratchy but the atmosphere is incredible. You can hear the crowd shouting back at her. Wow.

And, staying with the back-in-the-day New York vibe ... I read Bill Brewster's Last Night a DJ Saved My Life this year, and the book conjures very well the excitement of of the street jams that gave birth to hip hop. But how did they actually sound? Turns out, there are recordings.

Via this old blog post, I found this 47-minute capture of a 1977 party. It's really great – and a chance to hear all those grooves and breaks before they got edited and sampled and recontextualised over the next 40 years:

A comment from a DJ Red Eye has the track-listing at this (note the back-to-back play on the second tune – that's how DJs did extended mixes before they could make edits on their computers):

1.Lamont Dozier- Back To My Roots 2.Peter Brown- Do you Wanna Get Funky With Me (2 copies back and forth) 3. Loleatta Holloway- Hit N Run 4.Rose Royce- Do Your Dance 5. Leroy Hutson- Feel The Spirit 6.New York Community Choir- Express Yourself 7. Vicki Sue Robinson- Hold Tight 8.Munich Machine-Funk Train

There's more of the same here on this Soundcloud account.

All of which provides an ideal introduction to The Get Down, Baz Luhrmann's spectacular-looking story of the birth of hip hop culture (and the last days of disco) in the Bronx, which is available on Netflix from 7pm today. Indiewire calls it "the best $120m Netflix ever spent" at the top of this intriguing interview with Luhrmann and Grandmaster Flash, who is both an advisor to and a character in the show:

“I wanted to answer the question, ‘Where did this brand new idea come from?'” Luhrmann said. “And it came from active imaginations on a landscape that was devastated. From those who had so little, so much imagination sprang forth.”

There's also this featurette with Flash:

Regular readers will know that I am mildly obsessed with this era in this city. So yeah, you know I'm watching this tonight. I wonder if there'll be any punk rockers?