If we're all supposed to be over Record Store Day, it appears that no one has told the stores. Tomorrow looks like a heck of a day, and not only in Auckland.

In particular, the array of of live performances seems unprecedented. The resurgent Marbecks has booked a Princess Chelsea & Jonathan Bree DJ set at noon, followed by Tiny Ruins at 1pm and Lawrence Arabia at 2pm. They've also marked down all vinyl by at least 20% for the day and will be putting out a selection for clearance at 70% off.

Elsewhere, Southbound Records have SJD and Don McGlashan playing,  Slow Boat in Wellington has Neil Finn and Tami Neilson, Real Groovy has The Cleves (aka Bitch) and Larry's Rebels, Rough Peel has Adam McGrath from The Eastern and folk band Eb & Sparrow, and Vinyl Countdown in New Plymouth has a sausage sizzle and Peter Jefferies. Peter Jefferies!

Peter McLennan has all the RSD detail, including set times, over at Dubdotdash and Under the Radar has a Roundup too. If I told you any more I'd just be trading on their fine work.

Me, I sense a an inner-city bike ride coming on Saturday, subject to the weather.

But wait! There's more. The good people at Flying Out are opening a record store on Record Store Day.

It's at 80 Pitt St, on the site of the old Shaver Shop, a few metres from Karangahape Road. Apart from Flying Nun and Arch Hill CD releases, it'll be all vinyl, in the mould of Captured Tracks. The shop will open with a bunch of stock that's not yet on the Flying Out store and boss Ben Howe tells me they've gone for a mix of marquee titles – 4AD and Matador – and more unusual stuff. There'll also be a small quantity of second-hand vinyl, although they won't be a trader like Real Groovy is.

They'll also be serving "pay what you want" coffee.

The upper floors of the building will be home to the other business Howe is associated with: Flying Nun Records, Arch Hill Recordings and Aeroplane Music Services. And there's a big basement Ben hopes to develop into an event space.

Something Nun-adjacent on Audioculture – Richard Langston (yes, the one from the telly) has written about how he came back from London in 1985 to create Garage, the Dunedin-based fanzine that to this day is prized by New Zealand music geeks. As he notes, of all the gigs he's done, "it’s the one that keeps returning, the one that still seems to serve a purpose." 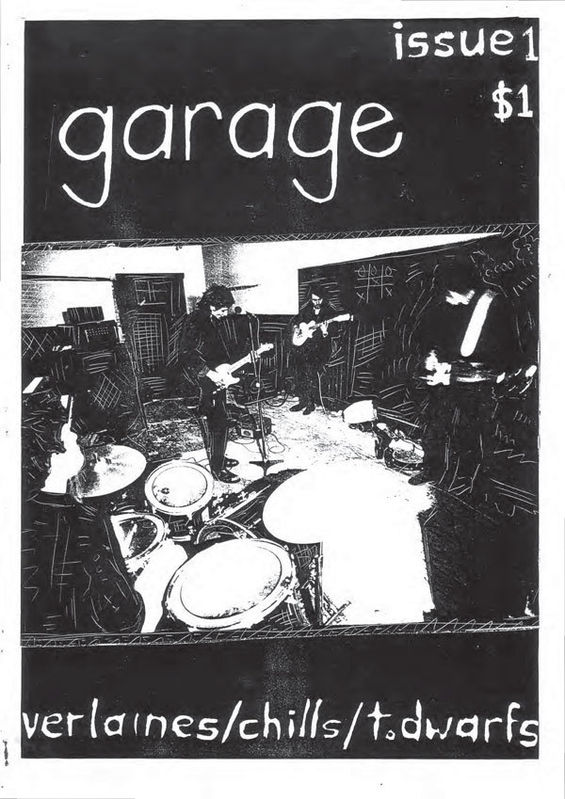 Note that Flying Nun's RSD special is a re-release of Shayne Carter and Peter Jefferies' 'Randolph's Going Home' 7" (which is perhaps why Peter is venturing out on Saturday). Having missed Shayne's shows last weekend, it was great to see him play a short set at Wednesday's Grantforgrant fundraiser at Golden Dawn. Man, he's strong.

Also of interest locally for RSD, Liam Finn is releasing a 10" vinyl companion piece to his 2014 album The Nihilist. It's called The Nihilist Demos.

And as I type, the Phoenix Foundation have just tweeted this ... 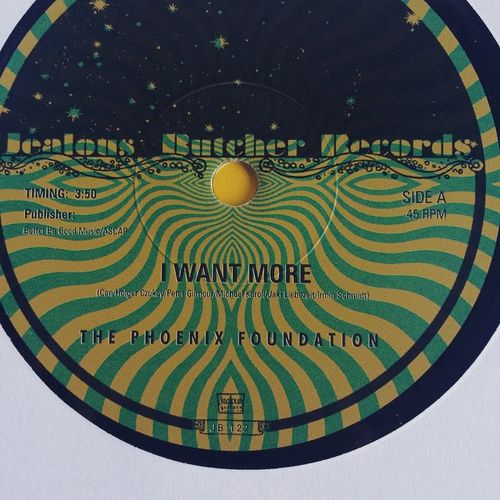 This seems worth getting behind: six-time New Zealand beatboxing champ King HomeBoy has been invited to the World Beat Boxing Championships in Germany at the end of May. After hearing his story (which is pretty interesting – he was born deaf!) at this week's The Project seminar at AUT, Ben Glazewiski of the web developer Springload decided to launch a Kickstarter to get him there.

You can read more and donate here on the Kickstarter page.

And here's some of King HomeBoy's chops, in a video that has racked up 1.7 million views:

If there's been a moodier thing this week than the new video for Courtney Barnett's 'Kim's Caravan', I'm not sure I want to know about it. Part lonely melancholia, part celebration of ordinary people and their ordinary places ...

The music month shows are starting to take shape. And once again Apra will be staging Covered – a show where local artists play their favourite songs by other people. It's on Thursday May 14 and this year features Tami Neilson, She's So Rad, SJD, Mulholland and Clap Clap Riot.

A similar event called Under The Covers will be held in Wellington on May 1 at James Cabaret.

As previously noted, the month starts with a bang with Nick Dwyer's huge Weird Night Out lineup at the reopened St James on May 2.

I somehow left this out a couple of weeks ago, but here it is now. A really lovely Lontalius remix of Janine's new tune:

This lush rework of another artist's track has got me quite interested in the Afro/Euro outfit  The Very Best – a collaboration between Radioclit and Esau Mwamwaya, a singer from Lilongwe, Malawi.

Here's one of their own tracks.

And the atmospheric beat collage of Wellington's paperghost:

BREAKING! The Reflex has just posted his rework of the Heidi Leonore version of 'Everybody Loves the Sunshine'. Free download, because apparently it's a nice day in London: