If there wasn’t a television in the flat, then on Sunday night you would go to somebody’s house who had a television and you would watch Radio With Pictures.

You didn't have to be a student. Back then, when we consumed popular culture through a thin straw, rather than being drenched in it by a digital firehose, it seemed like everyone watched it. There had been music shows on New Zealand television since the early 1960s and, like those elsewhere, they almost all presented live (or mimed) performances. Radio With Pictures was born out of the unprecedented availability of a new medium: the promotional music video.

Strictly speaking, music promo clips had also been around since the 1960s: we can still watch the films the Beatles, the Stones and The Doors made to accompany their songs. But they were being made in much greater numbers by the late 70s and, crucially, they were free content. The first iteration of RWP was incredibly cheap television: just a whole of clips provided by record companies and strung together, without even a presenter.

But, especially after the show got a face – radio DJ Barry "Dr Rock" Jenkin – those clips weren't just advertisements for records, they were communiques from the outside world. And more particularly, news from the revolution. New Zealand's embrace of punk and what followed had a lot to do with the likes of The Stranglers' 'Get a Grip on Yourself' – a performance-style clip of the band playing in some low-ceilinged club – being played on Sunday nights. (I'd embed the clip, but it only seems to be available now on a weird Russian website.)

Unless you could hear Barry's radio show, you couldn't get this stuff anywhere else. Barry didn't always get it right: I recall him once grousing about having to play a particular clip. It was, he grumbed, "the bootom of the barrel". It was Labelle's 'Lady Marmalade', and I will fight any man who doesn't recognise the genius of that tune. But his was a bracing, disruptive presence. He was actually only the host for three season (1977-79), before Karyn Hay took over – and she, in quite a different way, was also not of the standard order of TV presenters.

Gradually, there were also the first stirrings of what would later become a vast catalogue of New Zealand music videos. Toy Love can take a bow there.

The programme's success was also down to something that would be unthinkable on modern broadcast TV: a bunch of weirdos basically being left to get on with it, so long as "it" didn't cost too much. That kind of freedom really exists only outside broadcast now.

Borrie's interview subjects traverse an oft-told story – that while touring New Zealand, Michael Nesmith happened to catch an episode of RWP and was inspired to create a show format called PopClips, which Warner picked up and turned into MTV – without reaching a firm conclusion as to whether it's actually true.

There is certainly one verfiable MTV link. When the record labels decided that music videos weren't ads that they'd give away, but works that should attract a public performance fee, RWP went off air for some time. And during that time, the show's producer, Brent Hansen, took off on a sabbatical from which he would not return. I recall having a coffee with him in London, the pair of us freshly arrived in 1986. He was about to go and interview for a job at a new venture setting up in Camden: MTV Europe.

But that will doubtless be covered in the next part of Borrie's oral history, which is drawn from interviews for a research project on New Zealand video production. For now, this first part is a great read about a time when things were different.

Reading it did put me in mind of this: when I was interviewed on RWP in 1986 by my one-time flatmate Dick Driver (none of us, least of all Richard, could have expected that he'd become the TV production titan he is now). I seem sort of meek ...

And there is one other, less savoury memory: sitting down for the ritual every Sunday in our first-floor flat at the Ascot apartments on Newton Road, and, as the music gave way to some cheap horror flick, often hearing a scratching noise below the window. It was the sound of what we jokingly (if a little nervously) referred to as "the Phantom Sweeper" – who turned out to be Stewart Murray Wilson, so so-called "Beast of Blenheim". Shudder ...

I've been revisiting one of the great albums, Talking Heads' Remain in Light, in recent months, so I was immediately interested when I saw that Beninese soul singer Angélique Kidjo had remade it.

I was not disappointed. Remain in Light came from Africa and Kidjo takes it back there. David Byrne was quite clear at the time the Talking Heads album came out that reviewers who wanted to understand it should consult the afrobeat grooves of Fela Kuti. Kidjo brought in Tony Allen, Fela's longtime drummer and musical director, to play on her record, and it's infused with the warm blood of afrobeat.

But she does more than funk it up. In her hands, some of the original songs take on new meaning. 'Born Under Punches', she has said, read to her as a song about government corruption. That's how it's illustrated in the video:

'Once in a Lifetime', envisioned by Byrne as the existential lament of man lost in the modern world, comes up joyous and liberated in Kidjo's reading:

And she somehow turns 'The Listening Wind' – a song about an African terrorist – into what it was meant to be:

Kidjo has reinterpreted the work of male composers before – Bob Marley's 'Redemption Song' and a fantastic version of Hendrix's 'Voodoo Chile' – but this feels prodigious; not only a musical work, but a sophisticated commentary. (Her nuanced take on "cultural appropriation" in this recent Pitchfork interview is further testament to her awareness and intelligence.)

This record makes me dance, and it gives me chills. And I'm waiting for an enterprising promoter to get Angélique Kidjo here to play in this country next summer. Because that would be amazing.

And of course, David Byrne is touring this year. As is Suzanne Vega. I hear you can get their stuff on those new-fangled compact disc things.

Gareth Shute's adventures in Spotify data journalism continue with this look at lesser-known local artists who've cracked a million streams. You might be surprised – I certainly was.

The Guardian has the obituary of the the Fleetwood Mac guitarist we all forget – Danny Kirwan. It's a really sad story, and a reminder of how punishing the music business can be for the talented but vulnerable.

Janine – formerly Janine and the Mixtape – has rather dropped from view in New Zealand since she signed her deal with Atlantic Records and flew out to America, but it's been fascinating checking in on her. Her fanbase isn't star-level, but it's passionate, and she speaks really authentically to those fans. You can see that in the recap video of her North American tour that she posted this week:

Meanwhile, I checked in on the Twitter of another New Zealander making his way in America, Lontalius – and it wasn't there. Turns that after all that talk about his youthful precocity, it finally caught up on him now he's an adult. How utterly odd ... 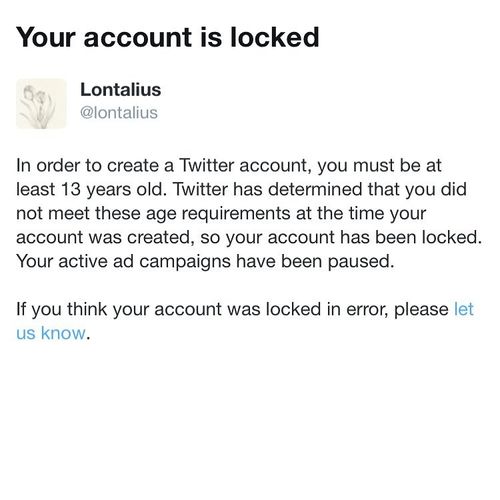 He'll be wanting to get that fixed asap, given that he has his first new song in a year coming out soon.

Fanau Spa are a kind of Auckland rap supergroup (you'll hear Coco Solid in there) and this new jam is tuff and ominous:

It comes only three weeks after their debut:

I've got no idea where all this is headed, but I'm here for it.