I've been fortunate enough to see the former, and I loved it. To be clear, I've known Bill Direen for 35 years and I'm a signed-up member of his cult following. But I think even someone with no background in his music or writing will find something in the way A Memory of Others captures this non-conforming New Zealander.

Ogston's two other music films, the Skeptics story Sheen of Gold and Phil Dadson: Sonics from Scratch are relatively conventional retrospective documentaries. A Memory of Others is, befitting its subject, another kind of film altogether.

It opens with Bill alone in the present, preparing for the three-week national tour that gives the film its structure. And although it periodically delves into history to explain who this guy is, it never attempts to be the full biography and its real joy is in its present moments: Bill giving a reading from Janet Frame at the Frame house in Oamaru, reuniting with Stephen Cogle to perform 'Son of Cronos', playing music with kids at Clyde Quay School.

It's a lovely, lyrical, organic film about a cultural life, one that does much of of its telling through tone and pacing, image and silence. It captures its subject's sometime awkwardness with the world, but also the musicality of his writing and the writerliness of his playing. It does however leave us a little short of the  actual performances. I'd love to see more of the final show in Auckland, with the twin-drummer lineup. The minute or so we get of the final song, 'The Utopians', sounds as good as I remember it. Perhaps there's a DVD extra, or a post-credits treat there? 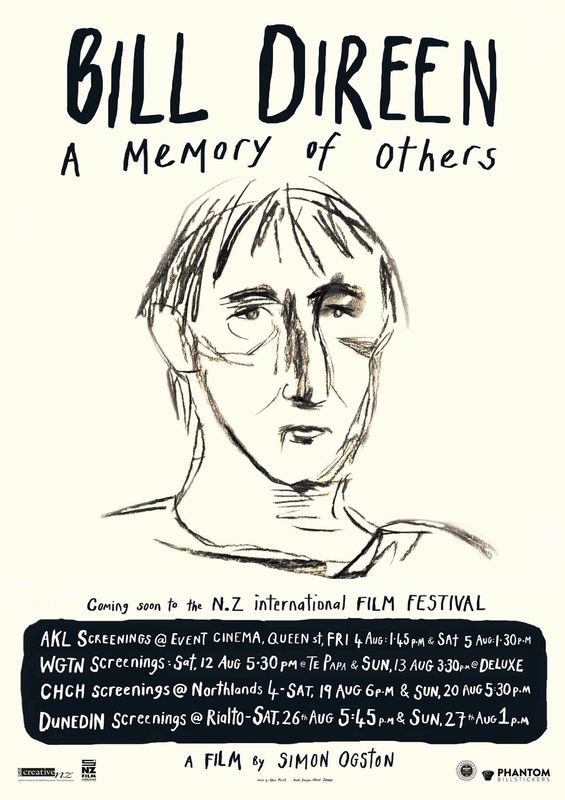 Swagger of Thieves I haven't yet seen, but there's been a buzz about this this film for a while. Boshier spent 10 years working on its story of sex, drugs and rock 'n' roll, even spurning funding applications because he didn't want to be told what to do or how to do it.

The trailer gives a pretty good idea of the kind of ride we're in for.

One of the nicest men in music passed away this week.

Terry King was the founder of Progressive Studios on Anzac Ave in Auckland, the place where the Verlaines' 10 O'Clock in the Afternoon, the Builders' Beatin Hearts, the Great Unwashed Singles and all of Bird Nest Roys' records were made, and where the Chills' 'Pink Frost' was completed.

As Chris Matthews noted on Facebook, Children's Hour were "discovered" there by Chris Knox in 1982 "when Chris was in the studio with The Stones from Dunedin and heard us making an almighty racket in the rehearsal room down the hall, poked his head in the door and invited us to support The Stones at the Rhumba Bar a few weeks later."

Children's Hour recorded their debut EP Flesh at Progressive the following year and, says Chris, Terry "was always incredibly accommodating and patient with us and everyone else who recorded there even though we probably spent the whole time drunk and being generally obnoxious."

Terry's approach to this boisterousness was a great illustration of who he was. He pointed the band at a wall he needed knocking down and let them rip.

"And of course we took to it with gusto," Chris writes. "It was always give and take with Terry and so many of the early NZ bands would never have committed any of their music to tape without his profound belief in and charitable approach to what so many of us were doing."

The studio was never a big earner and Terry eventually went into TV sound. I hadn't seen him for years, but we were neighbours for a while in the 1980s, after I moved into the flat in the barely-converted office space upstairs. (One of the advantages of living above a recording studio was that it was easy to get bands to play at your parties.) I have very fond memories of the man, and I know I'm not the only one.

Andrew Schmidt's recently-published Audioculture article Terry King: The Progressive Years has many more memories of Terry and the things he did.

The 2017 Silver Scroll longlist has been announced and over at The Spinoff, Calum Henderson has a good interview with this year's musical director, Shayne Carter – who is himself on a list that doesn't lack for diversity.

The denials have been emphatic, but but there seems little doubt now that whatever the technical details,  Spotify is juking its playlists with music its effectively owns royalty-free, by "bands" and artists who don't technically exist.

It's not unheard-of for someone selling a service involving music to commission their own works – the music at that Les Mills pump class you go to (well, okay, maybe not you, but people) was likely created for Les Mills. You could certainly also argue that writers and producers working under pseudonyms aren't really "fake". But Spotify's apparent strategy of using its control over playlists to save money by cutting out royalty-earning artists is, frankly, questionable.

The Guardian's Alex Petridis spent hours exploring the "fake" artists on Spotify and listening to "the most bizarrely nondescript music I’ve ever heard". He concludes by noting that Spotify recently hired an AI expert who has already released music composed entirely by computers running algorithims. It's coming. You know it.

95bFM's free bStreet party on July 29 looks worth getting out for. It sees the DJs behind the station's specialist shows each curating their own mini-parties at different K Road venues. The lineups for Friendly Potential's shindig at Whammy and Dirtbag Radio's grimy business next door at the Wine Cellar were announced this week.

If you're in Wellington, tomorrow night is Reactivate, a fundraiser for Radio Active featuring Trinity Roots, the Upbeats, Jon Toogood and more. Get along.

Australia's hhhappy blog has an interview with Indira Force, aka Indi, the Doprah singer who has her debut solo album Precipice out next month. You can download the spooky, shimmering title track from her website and hear more on her Soundcloud, including the new single, 'Tablelands'.

Ethan's Moore's project Dirty Pixels took the slightly odd path of having a bFM hit with their swoony pop song 'Spacesuit' without playing an actual gig. But last night they finally got around to a live debut at Golden Dawn. I went along figuring that they could use the numbers on such a crappy night – but it turned out all the cool kids were there too. 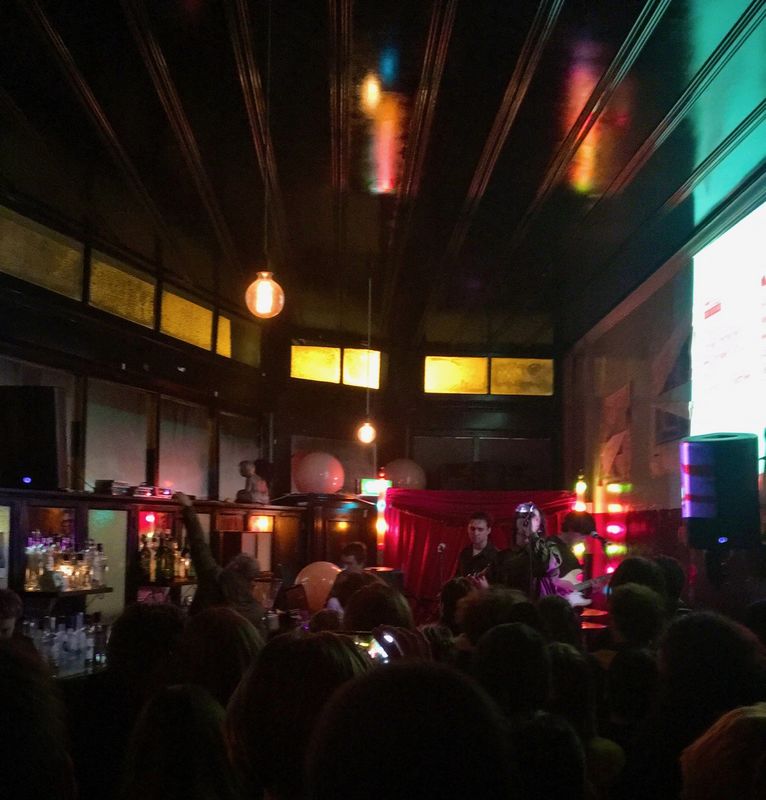 It's ony available on the streaming services at the moment, which is why you're seeing that shitty Spotify embed.

Aucklanders Chaos in the CBD continue to make high-quality dance music from their base in London. This remix is a delight.

Auckland's A Label Called Success had this jazzy little house number premiered by the French label and "music provider" Délicieuse Musique this week:

A wicked little remix that whips up some afro-house fire around a Tony Allen track. Free download:

And finally, thanks to Pete Darlington for the tip on this fab – and typically eclectic – recent set for the Kelburn Garden Party by Mr Scruff. That's four hours you dont need to be out in the weather, right here ...