The counterculture came slow to New Zealand, as if by surface mail. But by the early 1970s, a clear distinction had grown between popular music and pop – and a still greater one between what its adherents regarded as art and the variety tradition in which pop music had dwelt since the 1950s. But the change needed a journal, a Rolling Stone. That journal was Hot Licks magazine.

Hot Licks is published to fill a gap. To provide for those people who consider themselves reasonably aware a vehicle through which they can express themselves and state their point of view …” And, he went on, “… it is envisaged that Hot Licks (like several overseas publications) will contain both cultural and political articles under the guise of a music magazine …

Hot Licks only lasted two and a half years, but it was influential as Des Dubbelt's great pop mag Playdate, which came before it, and Murray Cammick and Alastair Dougal's Rip It Up, which followed a year after Hot Licks closed. 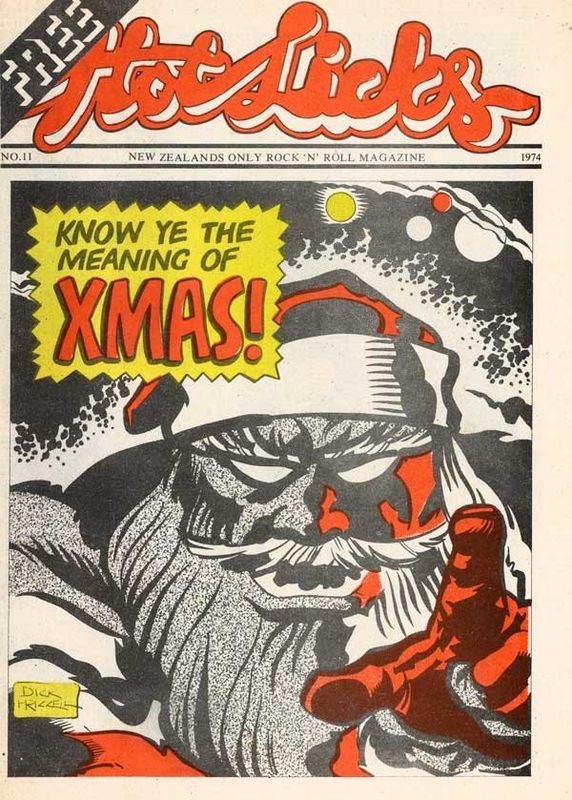 When you have publishers who now offer to sell five-star reviews along with their advertising space, it's hard to think the printed music magazines matter too much any more. But they really did matter a lot then.

What Splore likes to refer to as its "lineup journey" took another step this week with a big new reveal that includes Nightmares on Wax, Hiatus Kaiyote, the Ragga Twins and, er, me.

Not gonna lie: I have dreamed about having a spin at Splore, but not, like, at night. But that's what I'll be doing, as the copy says:

Russell Brown is best known now as a blogger, broadcaster and media commentator – but, as a DJ and promoter, he also brought the first acid house parties to New Zealand, way back in 1989. His Splore set will be all about classic house records played where they belong – deep in the night. It's all about classic house music on vinyl - specifically the golden era of 1987- 1991!

Basically I'll be playing the big tunes, and I'll play them long, because they're great and when do you get to hear them these days? I daresay this will be among them ...

Womad has done its main lineup announcement for 2016 and the big noise there is Seun Kuti and Egypt 80. Calexico, Tami Neilson and Tiny Ruins also feature. (Big miss-out from the Australian bill: Angélique Kidjo with an orchestra.)

Kurt Vile is doing a side show in Wellington on January 13. Which lends some reassurance that the McLaren Valley festival that brings him here will in fact take place in its new Auckland locations on the two days before. The rumour is that the Auckland locations will be indoor venues – possibly Vector and the St James – but all will be revealed by the promoters next Wednesday.

Our cool new sponsors The Audio Consultant are doing a cool thing.

The Ponsonby Record Enthusiasts Social Hour is a new series of music appreciation get-togethers where people gather to relax and be guided through some some good music on the Ponsonby store's amazing reference audio system.

The first guide, DJ Dubhead, spins and talks about a specially selected dozen tunes from 7pm on Thursday at the shop at 23 Williamson Ave, Ponsonby. Bring your own beverage. Space is limited and you'll need to RSVP to Dan Howard on   or 021 825 425. 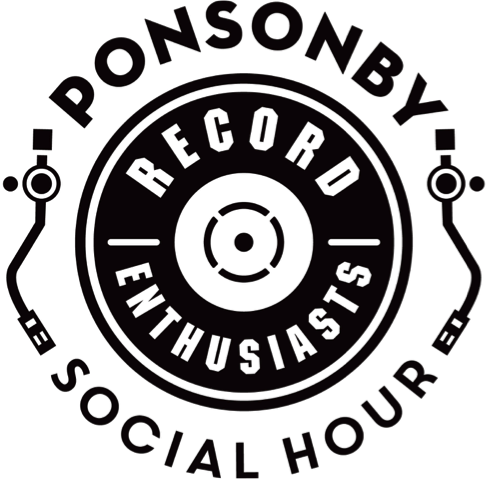 I've had the video from our recent DJ-focused IRL at The Golden Dawn event separated and tidied up and the hilarious DJ panel, my interview with Serato founder AJ Bertenshaw and the performance by Silva MC and Tobi are all there on the 95bFM website. As is Esther Macintyre's interview with Aroha Harawira. Aroha is great in this interview, and it's a big damn reality check when she explains why she now requires security at every gig she plays:

This has been topical this week for reasons I can't be bothered going into again, but the realities of being a woman working as a DJ are a bloody outrage.

Back when I were a lad, afternoon pub shows were a thing, and they would often happen on long weekends. That tradition has mostly disappeared along with the extension of opening hours, but it does still happen sometimes. And it'll happen on Monday at Lucha Lounge in Newmarket, where my friend Andrew Moore is presenting a nice little gig: 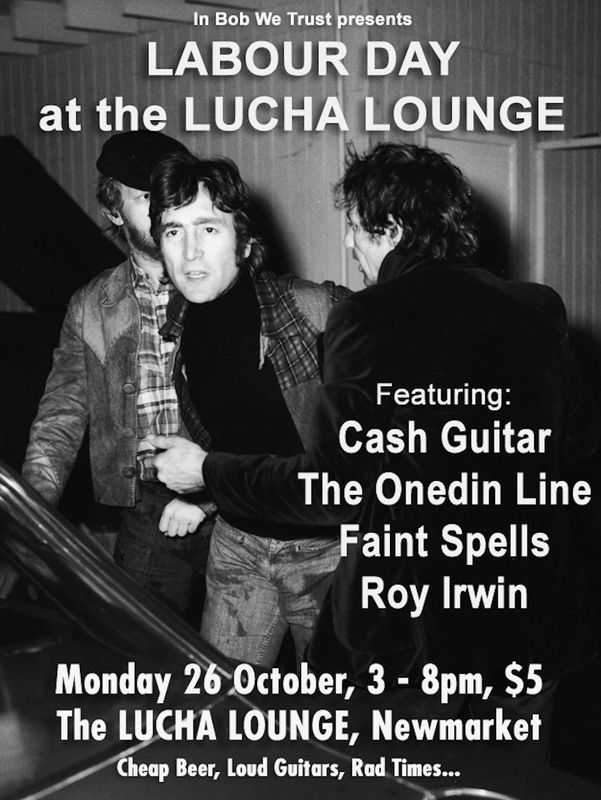 There are more details (including who these bands are) here.

Every year, the build-up to the New Zealand Music Awards includes the Critics' Choice Prize, which lines up three promising acts at the King's Arms for a cash-and-professional-assistance prize package. This year it's on Thursday, November 5 and the three are Bespin, Boycrush and New Gum Sarn.

Bespin, led by Jonathan Lee, formerly of Cut Off Your hands, released a video for their new single 'Take Control' this week. It's directed and animated by former Mint Chick Paul Roper:

Boycrush have a new video too. This one was shot at the Mungavin Hall in Porirua as part of a NZ on Air initiative to partner with local councils to promote the arts throughout New Zealand. Nice.

Well, this is cool. The Beatles organisation has posted this restored video of the lads playing 'Revolution' (on September 4, 1968 at London’s Twickenham Film Studios) as a taster for the forthcoming 1+ video compilation:

The Chills' long-awaited new album Silver Bullets is out a week today. I can't embed it, but you can stream the whole thing here on Soundcloud.

Out today: Jonathan's Bree's baroque, mysterious new album A Little Night Music. (It's on Bandcamp, but still on pre-order setting, possibly because musicians sleep late.) It doesn't sound like anything else:

This has popped up in the current Red Bull Studio remix competition for Maala's Touch. It's a banger! (And a free download.)

Copycat has posted his very cool retake of Horace Andy's 'Seek and You Shall Find' as a free download, just click "Buy":

The Ragga Twins' Splore set will be full of old favourites, but they continue to record the likes of this new banger, released a couple of weeks ago: