Jason Lipschutz of Billboard has written a story about Auckland duo Broods, whose tone can be accurately gauged from its headline: Is Broods New Zealand's Next Pop Wonder? Duo Taps Lorde's Producer For Stunning First Single. He's not holding back:

The associations with Lorde are natural -- and like "Royals," Broods' "Bridges" is a startling single that yearns to be heard again and again. But can 19-year-old Georgia and 21-year-old Caleb duplicate the seismic stateside success of their 17-year-old fellow New Zealander, who just spent her seventh straight week atop the U.S. Hot 100 chartwith "Royals"?

There are, clearly, worse things than being mentioned in the same breath as the hottest new pop artist of the year when you have exactly one finished song available, but Broods' Georgia Knott sensibly points out to Lipschutz that "it's impossible not to be in awe of [Lorde] or be influenced by her in some way, but we have to build our own identity outside of 'Lorde and the rest of New Zealand music."

This has happened before: one local artist has a breakthrough and international pop media comes looking for a scene (You remember all those garage rock bands ready and waiting when The Datsuns had their moment? No?). The thing is, this time there plausibly is one. Not necessarily in terms of a single creative crowd, but certainly one with a few things in common..

One unusual characteristic of Lorde's stage show is how little there is of it: just her, a keyboard/computer player and a drummer. As I've noted before, it's almost akin to a PA: the promotional format in which a vocalist appears with minimal backing, maybe just a tape. Last week, Sheep, Dog and Wolf (aka Daniel McBride) won the VNZMA Critics' Choice Prize with a stage identity that's just multi-instrumentalist him and a drummer. One of his fellow finalists was Janine and the Mixtape, which is Janine Foster, her soulful voice and her keyboard.  There's the bedroom producer Estère and her MPC . Last night I went to the launch of Portals, the new EP by Watercolours, who, having experimented with a larger band, is currently performing with just a guitarist for company. And let's not forget Doprah, another duo, or Princess Chelsea, another solo woman.

Most of these artists produce themselves and that self-sufficiency flows through to what they do on stage. Now, imagine a showcase gig featuring all the above, with the holy blessing of Lorde. It would be quite a statement, wouldn't it? Just sayin'.

I popped this in comments last week, but it's worth sharing again. Cousin Cole has cut-and-pasted Lorde's 'Ribs', which always sounded like it had the basic elementsof a deep hoser track, into this:

Also on Soundcloud, my new producer find, the Denver City-dwelling vinyl nut Funk Hunk, who has a bunch of original tracks and edits including this marvellous instrumental edit of 'Get Lucky':

Also splendid for dancing, this take on the De La Soul fave:

I'm not sure how to define their music, but I'm liking Rewind Fields on TheAudience:

They play at the Portland Public House with Arthur Ahbez tomorrow evening.

Further with the new folk sound of Auckland, this craggy-lookin' lot from the Waitakeres are playing the Portland on the 29th. This is a really good song:

And, hey, I have to go -- secret business in Hamilton, you understand -- but I'm going to be playing some vinyl 1-2pm at the Flying Out/Arch Hill record fair and sausage sizzle at Lucha Lounge in Newmarket tomorrow afternoon. It looks like a lot of fun: 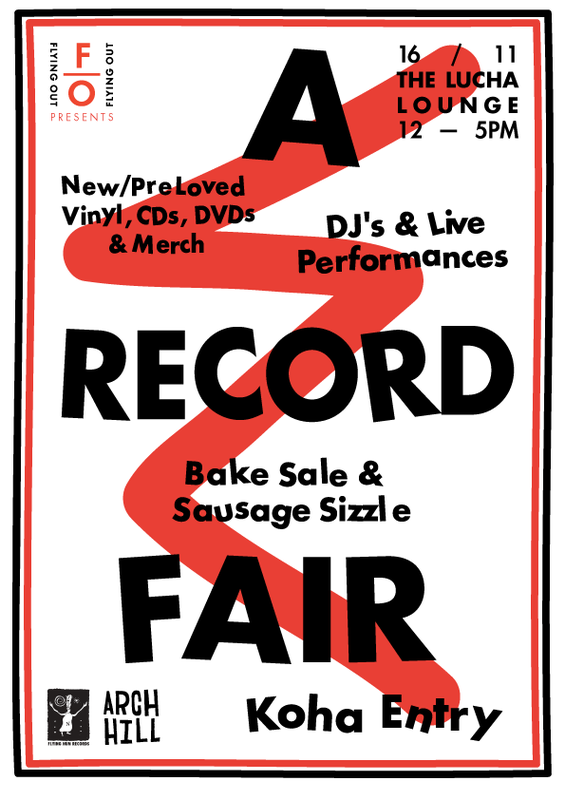