It was always going to be a key principle of Audioculture, the "noisy library of New Zealand music", that the site would present not just the music, but all the things that attached to it and connected it to the world. The name wasn't an accident.

But I don't think anyone anticipated quite how important photography would quickly become. Photos are like a familiar scent: they abruptly fetch back the past. So I think it's a great call by Simon Grigg and Murray to start publishing occasional "exhibitions" by notable lenspeople -- and to make the first of them this amazing collection of images of the Auckland punk scene circa 1979 by Sara Leigh Lewis.

Lewis -- as she would go on to do in Brixton --  captured the faces of her friends and acquaintances at the places they went. The charm of these Auckland images is often the conflict between the alienating poses her subjects strike and their pretty, young faces. No more so than in this image of Proud Scum's John Atrocity: 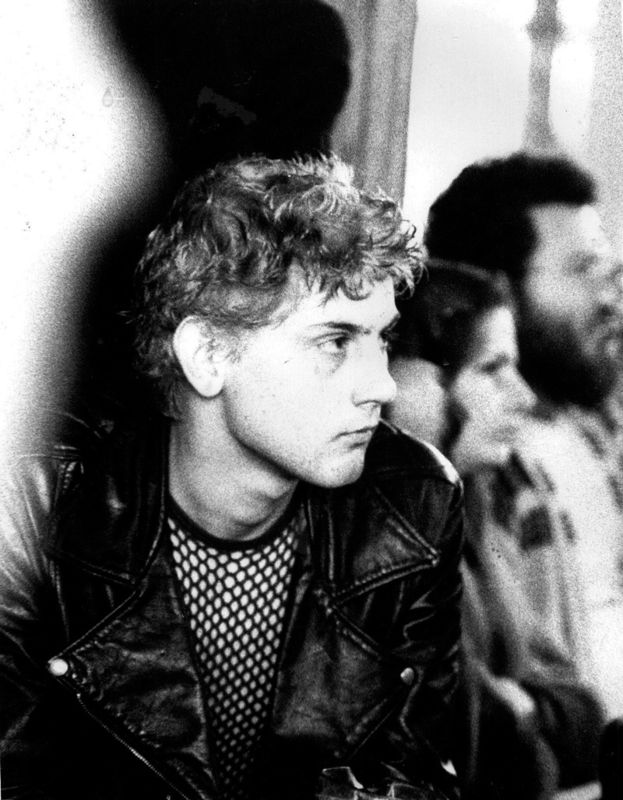 The backdrops are old Auckland, chiefly Parnell, which had not yet been embalmed as a knick-knack village and was home to the Windsor Castle pub, a rock 'n' roll church to successive music scenes. They're lovely, evocative, naive pictures, and I look forward to more of Sara's work appearing over time.

At the other end of the scale -- the legends you haven't heard of yet -- on TheAudience, I'm quite taken with We Are The Pirates, who tell almost nothing about themselves, save that they are "Just a group of kids that love making music together." 'Lemonade' sounds like it was recorded sitting on couch at someone's flat. And I mean that in a nice way:

In a more sophisticated vein (her producer is Myele Manzanza, formerly of Electric Wire Hustle), Vanessa Stacey has this cool, slinky number that builds beautifully as it goes along:

While the world waits for TheAudience discoveries Dead Beat Boys to get it together to post another track (to be fair, they've just changed guitarists), here they are covering 'Blitzkreig Bop' at the King's Arms.

Some songs don't get old. Good on yer, lads.

I took a couple of plays to get my head around the new Ladi6 album, Automatic. It's quite different to the bright, bouncy The Liberation of ... album she made in Berlin. The tempo is down, Ladi doesn't rap -- although she has some pretty tasty guests doing that -- and it's quite intense in places. Take 'Dust' with its squally background guitars:

Thematically, Ladi is still paying attention to the people around her, reassuring them, loving them. Unlike some "nu soul", you're not left in any doubt that these songs are about something. Yeah, I'll be playing this a lot.

Meanwhile, Ladi's hip hop compatriot David Dallas has a new track and it's a banger. "All I ask is that you turn it up," he says on his Soundcloud page. Sound advice:

It's out today and you can buy it on iTunes.

I'm indebted to James Milne for drawing to my attention to Aucklander Arthur Ahbez (who, despite appearances, is not James in a fake beard) and his strange, surprising album, Gold. This could be an odd 70s folk-rock record you found in an op shop or it could be ... well, a whole lot of things. This, for example, sounds like an out-take from the Loaded-era Velvet Underground:

You can listen to the rest on Bandcamp, where it's on name your price for a limited time.

A few things to move to. Via Dubdotdash and Stinky Jim, this mad revival business:

And a couple from the Karim Chehab vaults -- this fucking epic rework of Bobby Womack's 'Across 110th Street':

And a lovely remix of a folk ballad from Karim's home country, Spain:

And finally ... A lot of people are excited about the coming of Bruce Springsteen. Some Dunedin folks are trying to get him to come to the stadium down there -- me, I'd settle for him coming across town to Western Springs instead of Mount bloody Smart. But Hayden Donnell, frontman of popular Auckland roots combo Great North, has a special wish.

He's a massive, obsessive fan of The Boss, and he would love for his band to open the Auckland show next March.

So, he has started a petition to the promoters, Frontier Touring. I recommend that you click through to the petition page, if only for supporting testimonies like this:

Rachel, Great North band member, wife
Hayden has openly admitted that, while our relationship is fairly solid, he would likely leave me if Bruce Springsteen became available. I'm okay with this. Hayden deserves it.

Hayden himself told me:

"There are a lot of good causes in the world and this isn't one of them. I think that's a point of difference."

He's an honest man with a good band and a grand dream. You should consider helping to make his dream come true.