Lorde has busted out another preview from Melodrama and it's a touching, impressive piano ballad called 'Liability'. Seems like there might be a lot of piano on this album.

The 2017 Taite Prize finalists have been named and it's quite a collection of albums, from Aaradhna, Hopetoun Brown, Lawrence Arabia, Leisure, Lontalius, Pacific Heights, Shayne P Carter and Street Chant.

Lewis Tennant's Verbal Highs podcast this week features a chat with Pitch Black's Mike Hodgson which kicks off with Mike's explanation of what "tuning the PA" means. The duo's willingness an ability to get stuck in and EQ the sound system for their gigs is one reason they sound like they do.

You can read my account of Pitch Black's Neck of the Woods show in a night-out-in-Auckland narrative in tomorrow herald Weekend magazine. It was fun.

Other good interview audio from the past week: a warm, funny, wise interview with Tom Scott by Melody Thomas of RNZ's Music 101. The first time I met Tom was when Sam Wicks interviewed us both together and I shared some heavy dad wisdom (pinched from Don McGlashan) about how fatherhood is good for creative men because it obliges you to focus on your shit. Seems like Tom's that guy now. The audio also includes a demo for Tom and his crew's next project, Avantdale Bowling Club.

Tom acknowledges that it's the first time he's been interviewed on RNZ since he walked out on that Kim Hill interview. (Imo, Kim was trolling and a great comeback burn was there for the taking.)

Melody also talked to Nadia Reid about processing the sensation reviews for her new album, Preservation. (Which you should definitely consider buying.)

Jay Clarkson is officially writing for Audioculture and that's a very good thing. She's done a Songwriter's Choice and her 10 songs include works by Nadia Reid, Max Merritt and Chris Knox.

Also fresh this week on Audioculture, Peter Wells has gone way back to write about the music of the Civic Theatre. 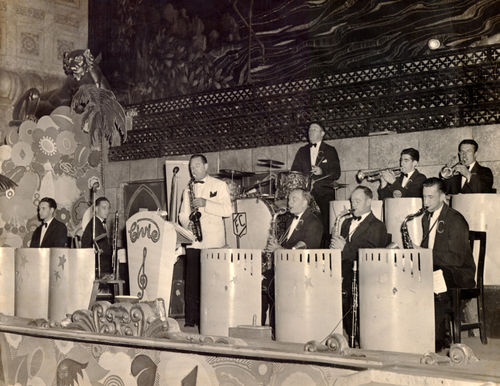 NZ On Screen's social media this week burped up the great Radio With Pictures programme on John Cale's first visit to New Zeaand in 1983. It includes some of Tall Dwarfs' support set at the Hillsborough Tavern, featuring a puppyish Chris Knox and a stylophone and it's really worth another look.

The Cale interview is conducted by Brent Hansen and it reminds me of my own interview with Cale a few days before in Auckland. He was an ornery cuss and he went off on tangents and gave cryptic answers, but it was a lot of fun. We did the interview on-air at bFM, with Andrew Bishop, and at one point Cale and I galloped down the stairs to the basement toilets while Andrew played a long song. Let my epitaph include that I once took a piss alongside John Cale.

Resident Advisor has pubished a fascinating deep history of The Warehouse, the Chicago club that opened in 1976 and – even though it had closed by the time the first Chicago house tracks were cut, but bequeathed its name to the genre.

It's a disco fiesta this week!

Paddy Buckley put me on to French DJ Florent F. He likes this cheesy soul tune from this playlist of "Gentle Edits" compiled over the past five years:

But I reckon this recent deep, dark Manu Dibango rework is massive:

That's from another Florent F playlist spanning a variety of tempos and styles:

The best thing is that nearly all of these edits and reworks are straight-up free downloads.

See also: this re-edit of Kruder & Dorfmeister's remix of 'The Message' (irritating Hypeddit download) from this playlist:

Sweden's Disco Tech has a nice rework of 'Lost in Music' (available for purchase here on Bandcamp):

And this out-and-out banger of a remix of 'California Soul' (irritating Hypeddit download):

When I win Lotto I'm going to have a kitchen with a subwoofer and a mirror ball that lowers from a hatch in the ceiling.