"That was my first Silver Scrolls – was it a good one?" asked Aldous Harding, who I'd just met, at the after-party.

Credit, first and foremost, must go to Bic Runga on her first (but hopefully not last) turn as musical director. She made good, even insightful choices about who should be recruited to perform the finalists' songs. I mean, it's obvious that Ladyhawke should cover 'Break in the Weather' in tribute to Hall of Fame honoree Jenny Morris, but it wasn't obvious to me until I heard her do it.

And the employment of Cass Basil, Tom Healy and Alexander Freer (that is, the Tiny Ruins band) as a house band for most performances gave the evening a real consistency. Cass in particular was the musical backbone of the whole evening, on bass, keyboards and backing vocals. I can't think of many musicians with the ability to carry it all off the way she did.

A remarkable opening medley by the Ngā Tūmanako kapa haka group underlined the way the Scrolls have gradually become a celebration of Māori talent and values (the same is true to a slightly lesser extent of the Music Awards and the Taites). There doesn't seem to be any video of that online, but Ngā Tūmanako returned for the high point of the evening: an otherworldly performance of Ria Hall's Maioha-award-winning ‘Te Ahi Kai Pō’ by Teeks:

It really was breathtaking in the room, even more than you can tell from the video.

Ngai Tahu boy Marlon Williams might have been a predictable winner of the big award, but it was apparent in the way he spoke when he got up to accept it that he truly valued what had happened. And the closing performance of 'For Today' was really heartwarming. That was a lovely smile on Malcolm Black's face.

There were one or two uneven moments. I mostly laughed along with Anika Moa, but I know that she wore a bit thin with some people. And she really didn't need to bang on about the Phoenix Foundation being forever nominated and never winning: they know that. Everyone knows that, and it felt a bit mean hearing it from the stage. To make it worse, when Samuel Flynn Scott and Luke Buda did win their screen composition award, for the Australian series Cleverman, the song played before they got to the stage wasn't one of the ones they'd written.

And, of course, there was the annual, undignified set piece of the Australian publishers bumrushing the mic after their composers won. It's almost funny now, and I confess that my table enjoyed the heckling part of the set piece. ("Sorry? Who are you?"). Oh yes: I lucked in by being seated at a great table, and I'm sure that had a considerable bearing on my enjoyment of the evening.

So thanks to my tablemates, the artists and everyone at Apra. It was indeed a good one.

In my last Music post (sorry, it's been a while) I talked about the kinds of infrastructure available these days to artists, with reference to the young singer Bene. I talked to her at the Scrolls and it turns out there's even more to that story.

Three of the four members of her live band hail from the music industry course at Massey University in Wellington. They're not only taking an excellent course of study, they have access to recording and rehearsal studios and it shows. I wondered how they could have been so very together at Bene's The Others Way show, but it turns out there's a reason. It's not the way bands used to be, but it works, it really does.

Meanwhile, Bene's in motion. Here she is last week on Triple J's Like A Version with French electronic wunderkind Petit Biscuit:

I was sad to hear today of the death of Jane Walker. I didn't know Jane well, but well enough to recognise her innate cool and good nature. She played a role in the music scene at a time when there weren't as many women involved, including as part of the Flying Nun prehistory in Christchurch as a member of the Basket Cases, and, of course, as a member of Toy Love. RIP Jane. You blazed a trail without even thinking about it. 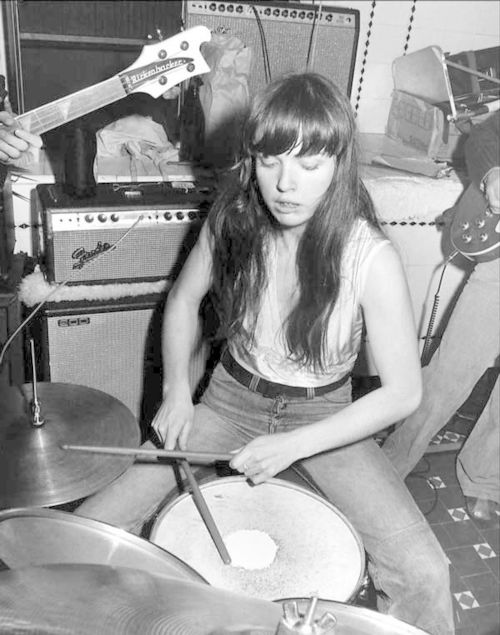 Update: Audioculture has published a profile of Jane by Chris Bourke and it's quite wonderful.

Anthonie Tonnon's new song 'Old Images' is an interesting piece. It seems to signal an equilibrium between the Synthstrom Deluge he's been using as the basis of live live shows over the past year and the traditional instruments associated with singer-songwriters. It even has a string section.

I think it’s important to say at the outset - the song has nothing to do with railways. It touches on the long shadow of the 20th Century, and childhood in the Cold War, but really, it’s a love song.

However, an invitation to film a music video in my home city, Ōtepoti, led us to a new story, one I felt compelled to tell - the story of the last suburban train network in the South Island. The more I learned about it, the more it consumed me, until eventually, I decided I couldn’t stop there.

There are further notes on the song on his website, along with dates for his Rail Land tour, which is organised around venues accessible by rail, on his website. He's always worth a read, is Tono.

In other music news, it's really nice to see that Shapeshifter (along with the Christchurch Symphony Orchestra) are to be the first act at the restored Christchurch Town Hall. My first big concerts – Ian Dury and the Blockheads, Cheap Trick, George Thorogood – were in the auditorium there and it's good to know the place will be open for future generations.

The Auckland Folk Festival, January 28 and 29 next year, has made its first lineup announcement and it includes Virelai ("Denmark’s leading medieval folk band") and American Lindsay Lou, along with various locals, including Candice Milner, the latest singer to emerge from the national folk incubator in Lyttleton.

Music Therapy Week 2018 runs from October 20 to 28, with gigs and other events aimed at raising awareness of the value and purpose of musictherapy.

A new tune from Lontalius, who plays Anthology Lounge on Saturday night.

And finally, the video for Princess Chelsea's 'Growing Older' is both incredibly lovely and a little bit brave. It's entirely composed of home videos from her childhood. I don't think I've ever seen a music video like it.

Clicks (aka Dick Johnson and Anna Coddington) continue to hit the mark, this time with three new Ashley Beedle remixes of last year's single 'We'll Be Fine'. This dub is the business: