"That was for my favourite politician, John Key," says Jon Toogood after 'Grey Area', the first song on the Sundae Sessions video in which Shihad say goodbye to York Street, the now-closed studio where they made their first three albums, and premiere their blazing new one, FVEY.

The song opens with the lines "I am a reflection/I'm what you want to hear," and at one point Toogood barks "The leader is a traitor!"

FVEY -- the title is a contraction of "Five Eyes" -- is frequently political, often angry. Dissatisfaction with the state of the state isn't exactly rare in the musical community, but most artists don't have the tools to express such a sentiment the way Shihad do. On the evidence of this brilliant live session  FVEY really fucking rocks.

I saw Shihad play a set drawn largely from their first two albums, Churn and Killjoy, when they supported Black Sabbath last year and it sounded lean and fresh. That's the mode they've taken into their reunion with Jaz Coleman, who produed Churn 22 years ago.

The full hour-long (including interviews) Sundae Sessions video itself looks great (eight cameras!) and sounds like thunder, and Hugh Sundae and his team deserve a pat on the back. Props to sponsor Barkers too. It's out today because the album is out today, but by chance both come along at a good time to make a point about political expression.

You may have seen on the news this excerpt from the Internet Party's 'Party Party' gig at Canterbury University, which was posted to YouTube by the party a week ago:

It is, according to alleged "political marketing specialist" Jennifer Lees-Marshment in the Herald today,  reminiscent of "propaganda, chanting-type campaigning more reminiscent of Hitler and fascism [in Nazi Germany] than New Zealand in the 21st century." She has not been alone in this sort of stupidity. Godwin's Law really is getting quite a workout.

That so many people felt compelled to compare it to a Nazi rally was down variously to political cynicism, lazy ethnic bigotry (would anyone have summoned the Nazis had Dotcom not been, y'know, German?) and, apparently, never having been to a hip hop show before. Some NBR readers didn't seem to realise that when people thrust one hand in the air at a hip hop show, it's not a Nazi salute.

Is it rude and unsophisticated to chant "Fuck John Key!"? Of course it is. It also quite within the bounds of the kind of protest marches long attended by the kind of students at the Party Party. And according to people there, it was going on before Kim Dotcom even arrived. Here's a short video shot by one of the musicians who played, more than an hour before Dotcom took the stage. You can guess what the kids are chanting in the background.

That a crowd would spontaneously begin such a chant is not as unlikely as it might seem -- because it is not new. Tom Scott of @Peace and Home Brew has been leading hip hop crowds in the same chant for about three years.

Amid the sea of conservative fainting fits Massey University's "political marketing specialist" Claire Robinson, declared Dotcom guilty of "inciting hate speech" (she should perhaps have googled the meaning of hate speech before she ventured her learned opinion) and said that in "sinking to such a low" the video "cut down" Internet Party leader Laila Harre. Robinson may not be in touch with the party's target market.

There were also claims (come on down, Matthew Hooton) that the evil Dotcom had plied students with free booze (wholly untrue) and that "paid Internet Party staff members" had instigated the chanting (no evidence it's the case and strongly denied).

Both network news shows pretty left out the fact that this was a tour of musical events: gigs that cost $30 on the door. One News' report blandly described it as a political rally, and the sight of a bunch of young people going nuts might have looked pretty bizarre without that context.

But they weren't all wrong. These were originally pitched as get-out-the-vote events, but played out as campaign rallies. And in doing to they've taken taken oxygen (and some acts) from RockEnrol, which actually is a youth GOTV push, and doesn't have a lot of money. (This is actually why Home Brew's Tom Scott, the author of the shocking three-syllable chant, is no fan of Dotcom.)

But a while ago, when I described RockEnrol as independent group and tweeted their crowdfunding site, I got a clatter of responses back on Twitter to the effect that they weren't really independent, because they had, well, views. Which they do: views shared principally with the youth climate change lobby group Generation Zero.

But is that where we've got to? That it's impolite to go believing in things? Well, perhaps we're seeing the ultimate example of the campaign some people would prefer in the strange meeting in the Prime Minister's electorate, where the crowd will be forbidden to give voice and candidates will be expelled if they so much as mention each other's names. We couldn't have a fucking argument breaking out, could we?

People are entitled to their political enthusiasms and their  political anger and if there is a time to express those, it is surely in an election campaign. For some people, the campaign will be about selfies with the Prime Minister and that's fine. We should also be able to tolerate less decorous forms of expression.

Also fresh this week: Mavis Staples belting it out with Chuck D. It is righteous:

There's a free download if you click through on the player and more to be had on his Soundcloud.

TheAudience also has a profile of Valere (aka music student Shana Llorand) and the delicatde, multi-threaded pop of 'IKTIL' from her EP Weary Eyes:

A couple of label ventures: Papaiti Records, who have ben around a little while and have a nice website and a stable of young, dreamy indie outfits. Also also a bootleg page that captures recent shows from their scene.

And Wellington's Early Morning Records, who, paradoxically, are launching their big thing in the early evening. (6pm today, for global reasons) but have a few things for visitor to look at before that.

And I'm delighted to see that Range's Henry Rivers album has made it to the curated retail space at Flying Out. One of a variety of projects involving my friend Blair Parkes, it's a warm, tuneful, wisftful work of guitars and vocals. And you'd want to consider getting the vinyl album version just to own the cover art, which is another instance of Blair building art from the detritus of earthquake-damaged New Brighton. It reminds me of brushstrokes: 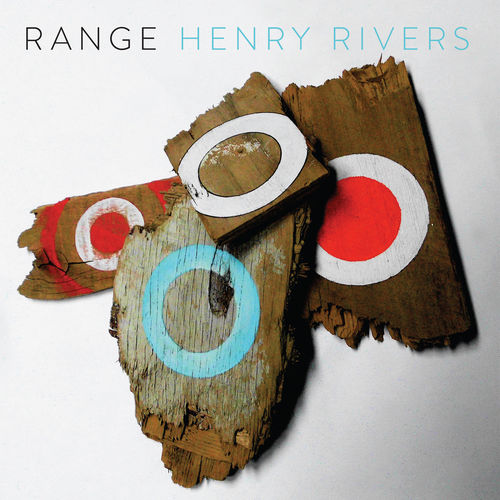 And awesomely enough, Flying Out is also selling, as of today, the digital version of another Parkes project, the L.E.D.s' classic debut album We Are the L.E.D.s. I think I once described it as "Kraftwerk meets the B-52s". That's ten bucks you could spend well right there.

Aussie-born Auckland-resident DJ Dan Aux has a new album out, it's called The Playlist and it includes this blazing cut with Hamilton rapper Raiza Biza:

Auckland's Dub Terminator is giving this track this week. It sounds like the title says:

The excellent New York DJ duo Golden Pony have got on to Australia's Chet Faker and whipped up this remix. It really works -- and you can click through for the free download:

And finally, another freebie: a lovely smooth remix from Tall Black Guy, who plays the Ponsonby Social Club soon: