As readers may have noticed, I have something of a soft spot for labour-of-love type albums. And the debut from Sora Shima, You Are Surrounded, really has that feel about it -- it's been burnished and worked on over five years, principally in Hamilton by Nick Johnston, who plays in Matthew Bannister's bands. Although its cinematic, shoegazey sound could hardly be further from what Matthew does:

I also get the feeling that this is another record that has been lifted by the finishing touch of mixer and mastering engineer Dale Cotton (HDU, Beastwars, The Bats etc). It sounds grand, in more than one sense. You can check out (and buy) the whole album here on Bandcamp. 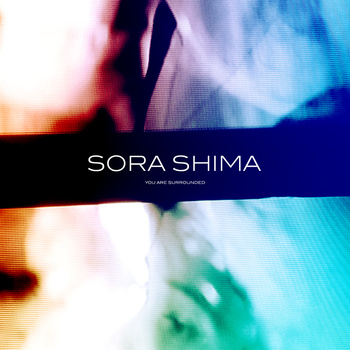 There are quite a few new tracks abroad. Yumi Zouma, a New Zealand three-piece usually scattered between New York, Paris and Christchurch, have had their name on many hip lips. Here's their track on TheAudience:

Spin has some background on the group and a stream of their self-titled EP, whose loose indie grooves remind me a bit of Toro y Moi. Mr Pepperell interviews them here.

Meanwhile, a new track from Watercolours, produced by her occasional bandmate and collaborator, Boycrush:

And, with great timeliness, 'Secrets', the track she sang for Boycrush, has a new video.

The amazing Auckland reggae producer Dub Terminator (who I really need to write a feature post on) has posted a free track. Control this:

New Zealand's electronic imp Pikachunes has teamed up with the Sydney dance producer Terace. Nice (click through for the download):

And here's a large one. The British DJ website Ghetto Funk has a semi-regular feazture called Scour, whose author, Spinforth, goes and finds stuff on Soundcloud so you cdon't have to. To celebrate the 100th Scour, Spinforth has assembled a whole bunch of goodness, including this:

And this funk monster from New Zealand's DJ Alias (Spinforth has long had a good line on NZ producers you've never heard of):

You can click through here to the Scour to get the free downloads (most of them exclusive to Scour) or just play the whole thing as a Soundcloud playlist:

Benny Tipene (remember him?) has a debut EP out with Sony and it sounds pretty much like the direction I thought he should head in -- think Monsters and Men, Mumford and Sons. Stuff got the exclusive on the stream, so I can't embed it, but you can listen here.

Meanwhile, there's a Trade Me auction for two tickets to the Bruce Springsteen show donated by the boss himself for the benefit of the Auckland City Mission. Includes seats and East Lounge schmooze.

Wayne Smith, the creator of 'Under Me Sleng Teng', has died in Jaimaica aged only 48. The track for which he is best known pretty much wrenched reggae music through to the digital era and its influence persists to this day. Peter Mclennan has some background, but for now, let's listen to that might, mighty  bassline ...