On Audioculture, a website about music where images have become the stars, one of my favourite sets is this collection of photographs taken in 1980 and 1981 by my friend Gordon Bartram. They're just a teenager's gig pics, fading like the memories themselves. But they're real, and they're a rare look at how it was in a scene where, for some reason, few pictures were taken.

I will be referring to these and quite a number of other Audioculture entries – Bill Direen, The Androidss, The Gordons, The Wastrels, The Axemen and many more – in a talk I'm doing for the Christchurch Art Gallery on March 11 at CIT's DL Theatre. It's called Legacy of Strange, and although the blurb I wrote refers mainly to Flying Nun, the talk itself will be more expansive.

I think one of the things that makes music from Christchurch intriguing  is its almost bipolar identity: the weird, bohemian fringe and the unapologetically mainstream. At the same time as The Pin Group and The Gordons were playing the Gladstone, the Dance Exponents were pulling huge crowds as the resident band at the Aranui Tavern.

In the 1980s, it's a story of music venues like The Gladstone and the creaking Oddfellows' Hall in Linwood. And of record shops: The EMI Shop north of Cathedral Square, where Roy Montgomery worked, and the Record Factory, managed by Flying Nun founder Roger Shepherd. Out in the northwestern suburbs where I grew up, Tony Peake held court in his loft at the University Bookshop.

It's also the art. The first Flying Nun release, The Pin Group's 'Ambivalence', came in a sleeve screenprinted by a young Ronnie van Hout. Infamously, the print was black on black: And then Ronnie did this for their next single. 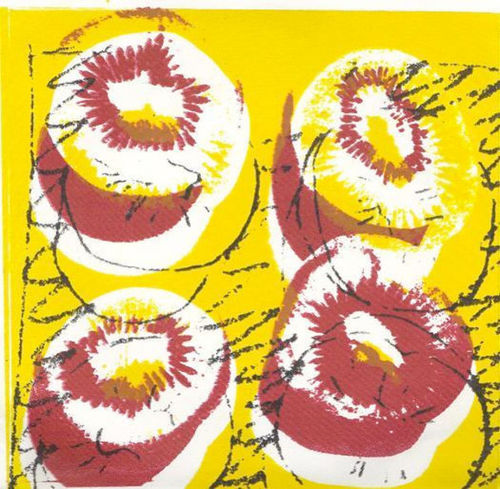 A year or two later, Stuart Page was making the art of The Axemen, who at the time were pretty much an unruly art project themselves.

Interestingly, while The Narcs (the Feelers of their day) had records released outside New Zealand before that was a common thing, these days it's the most obscure of the city's music – Bill Direen's early singles; 25 Cents' celebrated cover of 'The Witch', the B-side of their one and only single  – which is now pored over and re-released for international collectors. It's a legacy of strange.

So, yeah, do come along on March 11. I think it'll be fun and it would be nice to see you. And if you care to chip in on the topic in the comments for this post, that would be marvellous too.

The news that Zane Lowe is leaving the BBC to move to LA and work for Apple's iTunes Radio is interesting for many reasons. And one of them is that it's evidence of Apple's previously-expressed desire to rely on tastemakers rather than algorithms in its future music services. And there is no hotter tastemaker in the world than former Auckland boy Zane Lowe.

Eddie Johnston talks to Vice's Thump website about his respective musical identities – Race Banyon and Lontalius – the scene he's part of and playing a festival where everyone else is a thirtysomething raver. He also put togther a great mixtape of New Zealand artists you may not have come across before:

Splore regular The Dastardly Bounder has posted a new free track ahead of this year's set. Some throbby nu funk action ...

And if you can't get to Splore and you're in agony about missing Mr Scruff's five-hour DJ set on Sunday, here's a thing. Click this link and claim yourself a download of his four-hour set last weekend in Perth. All four lovely hours of it.

On TheAudience, Shanghai Pilots, a Wellington indie band with a funny origin story and a bunch of tunes including this:

Finally, having been listening to the last RocknRolla Soundsystem mix CD (they kindly gave me a download) all summer, I'm delighted to note that because their new mix album is ready to go, they're giving the last one away to everyone for free. 45 tracks, 61 minutes, a whole bunch of vintages and genres and a ton of feelgood. They really should get themselves over here:

And that's it for this week. Don't call, I'm in Tapapakanga.