This week I went to an event called Tied to the Tracks, which celebrated the digital re-release, over the past two years, of more than 200 New Zealand albums. This is really not a trivial thing. Some of these records had been unavailable for decades. In some cases, the master tapes had disappeared and the albums had to be re-mastered from some pretty rugged vinyl. Chris Chetland, who conducted the vinyl rescues, had nurse a new master out of records that had literally gone mouldy.

The prime mover in the ongoing project is Chris Caddick, who began it as CEO of Rianz and is now chairman of Rianz' successor, Recorded Music New Zealand. As he tells it, the motivation was reading a column in NBR which declared that piracy was inevitable and proper when the industry couldn't even make music available.

Now, if you're a music fan, you've probably found a place to get something you can't find for sale. MP3 blogs help keep records alive when the market won't. But it was Chris's job at the time to be properly indignant -- until he discovered that the record cited by the columnist could not, indeed, be legitimately obtained. And he did something about it.

Chris has also been involved with Audioculture and the drive to clear older albums has really helped us. We use embedded Spotify for much of the audio on the site and if those records weren't on Spotify the site would be much the poorer for it. In a broader sense, Audioculture has happily come along at a good time to be part of a wave of discovery of our music heritage.

No one's going get rich off the re-release project, but I think there was a sense of validation and being valued amongst the old rockers who came along to the event. Shona Laing (whose long-lost UK album gave the event its title) and John Hanlon seemed notably happy about getting up and playing a couple of songs each.

I'll be looking at and listening to a few of those rediscovered records in the blog, but for now, feel free to have a look at the first in a series I'll be doing for Audioculture focusing on another element of them: the art of album covers.

This one includes a look at the cover of Ticket's Let Sleeping Dogs Lie, which adds a piece to the story of Dick Frizzell, and tells the stories behind the images of the Headless Chickens' Stunt Clown and Straitjacket Fits' Melt. But top of the list is my favourite New Zealand album cover ever: 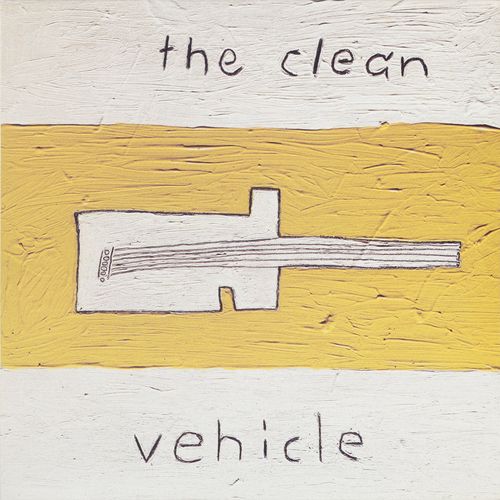 You can see all of the covers on Audioculture's Pinterest board.

Also fresh on Audioculture: a profile of the hugely influential producer Peter Dawkins, and Peter McLennan's updated article on the EMI/HMV studios where Dawkins worked, which finally gets to the bottom of the story that EMI's pressing plant was thrown into Wellington harbourwhe the place closed down (it wasn't).

Some notable action for New Zealand artists overseas. First, Janine and the Mixtape's slow-burning momentum in the US broke loose this week after her 'Hold Me' video was featured on VH1 Music's Love and Hip Hop. The subsequent buzz took her Dark Mind mini-album to number two on the iTunes R&B album chart and 44 on the main iTunes album chart. That's not the same as a ranking on the Billboard chart, but it's a bellwether.

I suspect most new fans aren't picking up the harrowing background to the Dark Mind songs -- they're largely about surviving and moving on from trauma -- but in a way that's the remarkable strength of that record. It expresses hard, troubling thoughts in an an unexpected context. Our best pop is strange.

You can buy Dark Mind for $4.99 on iTunes, or if you're really skint, still download the individual tracks on Janine's Soundcloud.

Broods did a live-in-studio for The Edge. No, not the local radio station, one in Toronto. The nice thing about this version of 'Bridges' is that it strips back all the production to emphasise that there's a song in there, one that Georgia Knott sings exquisitely:

And Liam Finn celebrated the launch of his third solo album The Nihilist (which is getting striking reviews in the US and UK) by releasing video from a performance of several of the album's songs on the rooftop of The End recording studio in New York, where the album was recorded. This is the single 'Burn Up The Road'.

Lana del Rey's 'Summertime Sadness' has been given a working over by quite a few remixers in the past year or two and the results have not always been pretty. But Auckland's own Basement Tapes has done something nice and appropriate with it (click through for the free download):

And one from the east Auckland hip hop scene, where they like it sunny, it seems:

In a wholly different vein, a previously unreleased spoken word piece by Sun Ra, posted in celebration of next week's 100th birthday show for the great man (who is still out there somewhere, believe it) at the Barbican :

A gorgeous Bryan ferry bootleg. Steps may have to be taken to obtain this ...

A couple of mixes to download. Old soul from Sweden's Disco Tech:

And, finally, a soaring D&B remix of Alex Clare's 'War Rages On'. Not out here until July(!) but you can pre-order it on iTunes: