The timetable and map for Monday's Auckland Laneway festival are out and besides the usual agonising scheduling conflicts there are one or two notable changes on the site.

The most significant is a shift in the orientation of the smaller Cactus Cat Stage, which typically hosts the more dance-oriented acts. The site itself was levelled over the winter, taking out the rise where people crowded to get a view of the stage. The stage now sits further back and points at 45º rather than directly at the silos, opening up a wider viewing area. And it will sound better: the PA will be flown, not stacked sidestage.

(Small potential downside: when the site was levelled, some small trees were planted. These may cause a little grief.)

Also, the "Friends and Family" bar, home base to sponsors, musicians, journalists and sundry industry wankers, has been moved back to its former position along the east fenceline. Council landscaping to increase capacity (more bumps flattened) had already taken out the grassy area, so it doesn't seem like any real loss to paying punters.

On the upside for those punters, the promoters are promising 1500 sq metres of shade, which will undoubtedly be welcome on what's set to be a hot, sunny day.

But perhaps the idea of a "main" stage doesn't apply so much this year. As off as Flying Lotus will undoubtedly go when he closes the Mysterex Stage, St Vincent, closing Cactus Cat at the same time, is a big artist. Her album peaked at No.12 in the US last year and she won a 2015 Brit Award. Her performance at Glastonbury last year was splendid. Apart from Courtney Barnett being on so early, that's my only major scheduling woe.

I'm delighted to confirm that Jackson Perry of our Capture blog has been granted media accreditation this year, so we'll have grand pictures of the event. You'll be able to add your own in the thread for his post.

Otherwise, the Laneway 2015 app is here on the iTunes App Store and somewhere at wherever Android users gets their apps. See you there.

It's also worth noting that Laneway is just one of a multitude of events happening on Auckland's waterfront this Anniversary Weekend. Of particular note (for me, anyway), there's Norman Jay headlining a fine and funky-looking Silo Sessions, noon-6pm on Saturday. 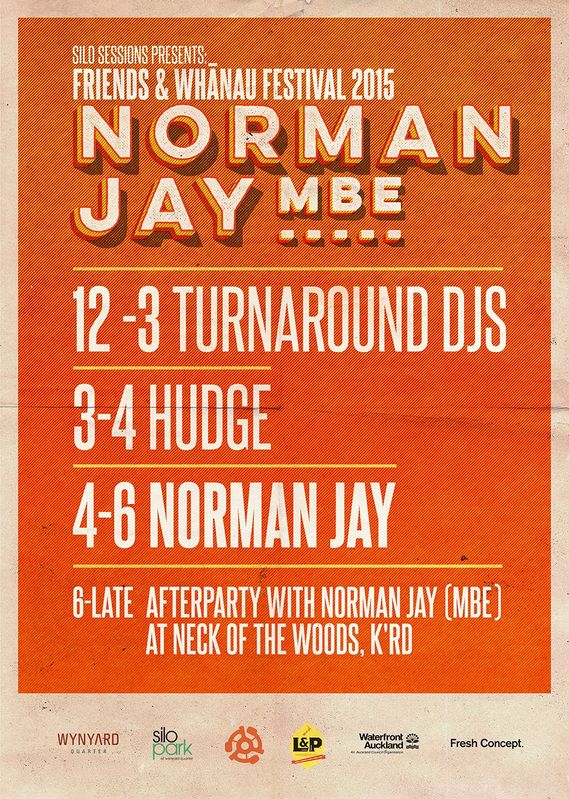 Here's the map of the various event locations and the changes to road access for the three days (the bottom of Queen Street and part of Quay Street are totes car-free).

In other news, my talk programme for Splore next month is coming together nicely. I've confirmed a half-hour chat with Mr Scruff for Saturday's The Listening Lounge.

Other details from the press release I wrote:

The keynote of Saturday's session, The Listening Lounge, is 'Imagining Auckland', a panel discussion on the shape of the city most Splorers will return to after their weekend at beautiful Tapapakanga Regional Park. Zoe Lenzie-Smith, one of Generation Zero's leaders, Transport Blog's Patrick Reynolds and artist Ross Liew, who was recently appointed to Auckland Council's public art advisory panel, will discuss a better future with Russell -- and with the audience.

The Listening Lounge will also feature a series of Pecha Kucha talks from the likes of former Splore boss – and now sustainability consultant – Amanda Wright, and a chat with Mr Scruff about the state of things.

"All these people have stories outside what they do that inform their work," says Russell. "Marcus is a cycle courier, Dominic lives with chronic illness, Sam is a family man in a business that sometimes makes that hard. It's Sunday: a time to talk about family, community, creativity and soul."

So, from the most personal of journeys to the future of a million: that's the span of it.

No contest for local video of the week this week. Frances Haszard and Louis Olsen's haunting animation for @Peace's 'Gravity':

New on Audioculture: Redmer Yska's Popshows and the transformation of New Zealand pop includes pictures of The Who and the Rolling Stones, but also this amazing image of fans swarming Mr Lee Grant in 1967: 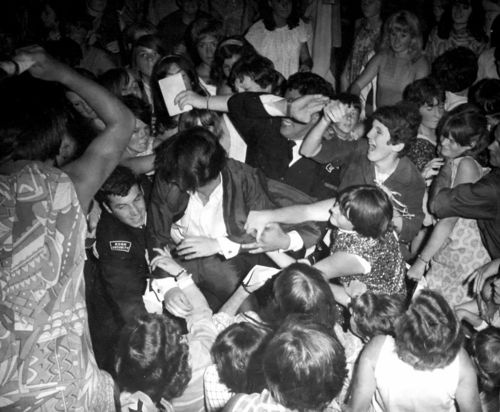 And Gareth Shute has a really interesting profile of Arch Hill Recordings the label founded by Laneway co-promoter Ben Howe and home to Street Chant, Doprah, Don McGlashan, David Kilgour and many more.

Manu recently stepped down as bFM's general manager after six years and while bidding him farewell, it seems worth noting that the way has been opened for the station to be refreshed and reinvented. I think there will be some good applicants for that job -- and there should be. It's the kind of job that will be both maddening and extremely fulfilling.

Race Banyon seems certain to pack the Thunderdome for his half-hour set at Laneway (same time as Courtney! Waah!). If you don't make it in, there's always the 20-minute downloadable "takeover" mix he did for George FM this week:

Something new involving Eddie's other identity too: Alex Young has taken the 59 sweet, sad seconds of Lontalius's 'Maybe His Smile Will' and worked it up in to a longer song of his own. This in an interesting way to do a collab.

One of the bonus tracks from the new "deluxe edition" of St Vincent's eponymous album:

A brilliant take on 'White Lines' from Copycat's new Catch Wreck EP, available at a very good price on Bandcamp.

The Sonics, the original 1960s garage rockers, have their first album of new material in nearly 50 years ready for release. They posted a taster this week:

On TheAudience, another precocious talent from Wellington. Sixteen year-old Leon van Dijk and his quiet tunes:

And finally, a lovely Karim Chehab dub of an all-time house classic. Click through for the free download: