I sometimes have mixed feelings about leading these Friday posts with obituaries – it just seems to happen too often – but Celia Mancini's passing this week cannot go unremarked.

You may know Celia, or you may have seen or heard her with King Loser, the Axel Grinders and a number of other fine beat combos over the years. Or perhaps you recall her personal TV show, Slightly-Delic on Triangle TV in the late 90s.

I wasn't close friends with her, but I knew her a long time – since the 1980s, when this fearless kid called Celia Patel turned up on the scene. The same things that could make her maddening and difficult at times also made her brilliant company at others. She was a genuine original with a fertile mind, a penchant for trouble and a raging sense of style.

I feel glad that the last time I saw her was such a good time. Sandy Mill and I were DJing at Golden Dawn and none of our friends turned up – but Celia stuck around after playing in the band beforehand and hung out with us for hours. She was great company: funny, wise and full of words. It feels good that my last memory will be of dropping 'Get Into the Groove' and watching her show the kids how to dance.

One of my  favourite Celia stories was told to me by Matthew Crawley and also centres on Golden Dawn. King Loser were all set to play the bar – and she called off the gig because the bouncer offered her a glass of water! The nerve of the man!

Anyway, just to process the news, Stuart Page put together this tribute video.

Let's also throw in this 1998 clip from Slightly-Delic, with Celia and her band Mother Trucker playing her song 'Eric Estrada'.

And just for good measure, Cushla Dillon's video for King Loser's 'Comeback Special', in which Celia slays. A lot.

One consolation is is that Celia, no matter how chaotic her life was, was one of those people who kept everything. My friend Andrew Moore, who is well into his forthcoming King Loser documentary, You Cannot Kill What Does Not Live, posted this pic from from the big box of stuff Celia gave him ... 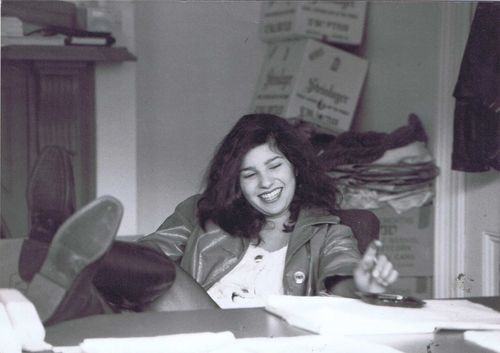 Chris Knox has a new batch of paintings for sale on his Tumblr. It went up on Wednesday and about two thirds of them are gone, but you might want to look at them anyway. I was lucky enough to see many of these works when I visited Chris, and they are very much his way of interpreting his experience since the stroke – after, that is, teaching himself to paint with his left hand. I was quite struck by how much one particular group of them reminded my of Smoke Signals, the gallery show that Askew One based on his own seizure.

Anyway, you can't have this one because we're picking it up tomorrow ... 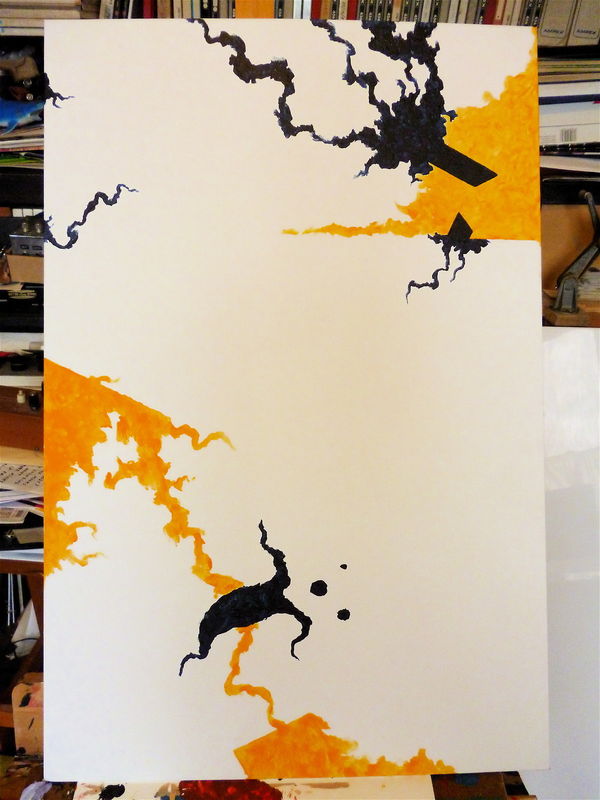 There's a different flavour of rock 'n' roll art on show at Railway St Studios in New Market. New Zealand Herald cartoonist Rod Emmerson has a show there at the moment and it includes depictions of Nick Cave, Leoard Cohen, David Bowie and, my favourite, this one. 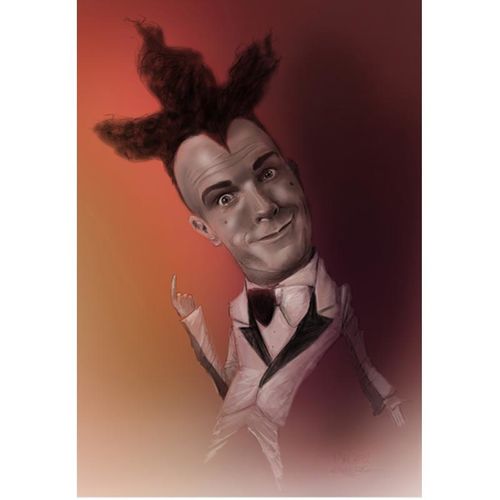 The Others Way went off on K Road last Friday night – and again demonstrated that it's a festival unlike any other. It's like one big, long party, and the demographic must surely be more than four decades wide. I missed a lot of the stuff that other people raved about (this is inevitable) and still saw a bunch of performances I really loved.

The gloriously retro Arthur Ahbez and band at the Thirsty Dog (new album imminent), Don McGlashan stepping up to sing 'Not to Take Sides' with Sneaky Feelings, Hex getting a boogie-rock direction on, the party vibe of Disasteradio at Whammy, Lawrence Arabia in tremendous form – and deep into the night, Micronism, who did not disappoint. 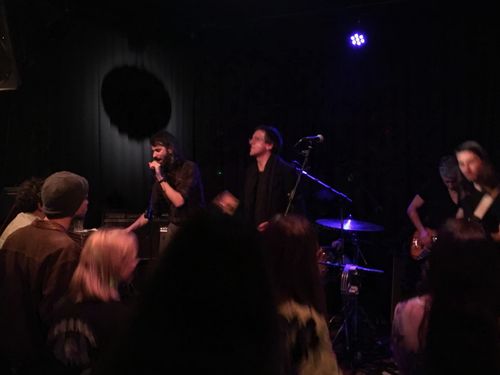 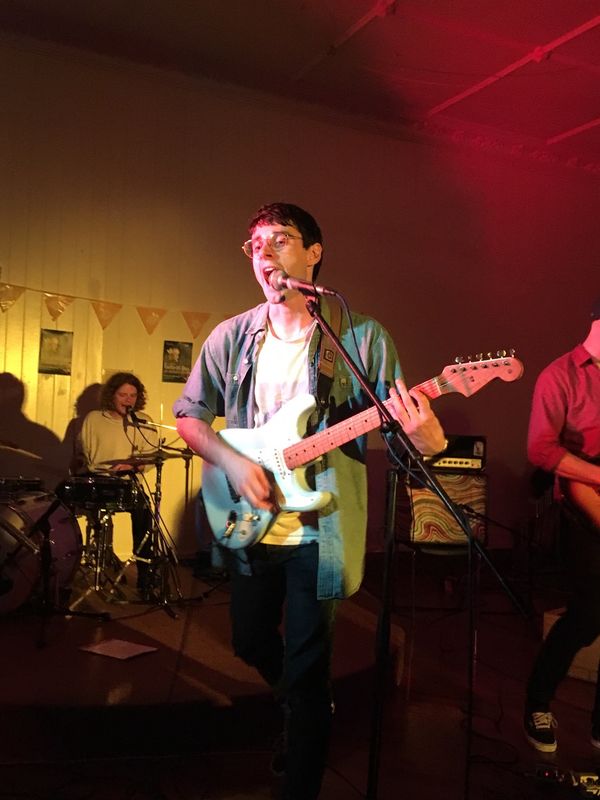 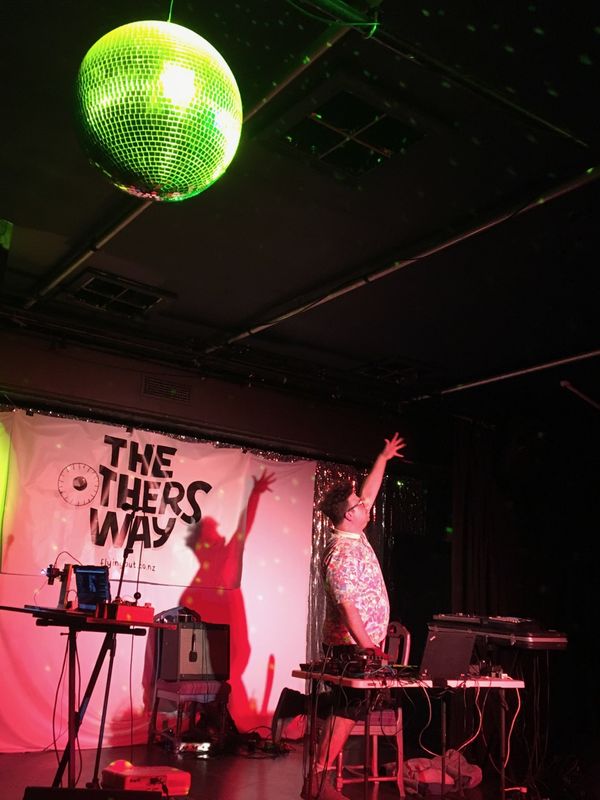 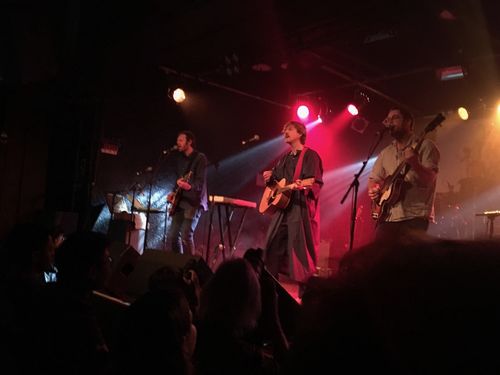 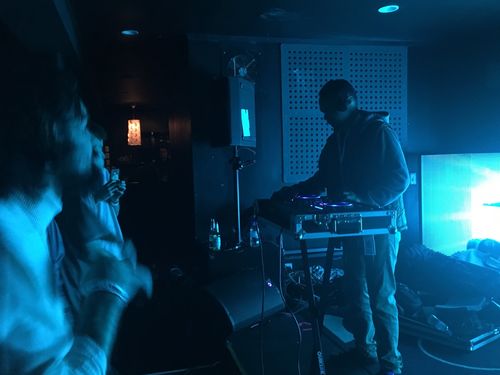 Wondergarden is back at Silo Park on New Year's Eve and the lineup is pretty spectacular: UMO, Nadia Reid, Swidt, Leisure and more.

Wellington's Lord Echo gets to stand in on a Bandcamp Weekly and stacks it with local tunes.

Stinky Jim and Joost Langveld – aka Unitone Hi-Fi – have established a Soundcloud page to showcase their discography on Bandcamp. And it includes this free download:

Robert Scott has done a Songwriters Choice for Audioculture and it's an interesting selection.

I've been exploring the considerable online presence of the Rotterdam-based DJ-producer Ronny Hammond and I believe I've found a new favourite. There are tracks like this slinky groover (free DL, just click through and hit the button marked "Magic Button"):

And an older one, more on the fuzzy disco tip. Equally cool - and also a free download (just click that little down arrow).

There's also this, from an incredible new three-hour compilation of edits – everything from Fela Kuti to Bobby Womack – from the Canadian label Speakeasy, which is free on Bandcamp.

A gorgeous techno remix of The Juan McLean's 'The Brighter the Light'...

Which comes from this very cool free La.Ga.Sta. compilation on Bandcamp. (Also includes a Dimitri from Paris rework of a Salsoul Orchestra oldie and an intriguing Marine Girls(!) edit.)

And that really is enough for your weekend kitchen-dancing requirements, I believe. See you next week when I'm not half-dead with a cold.