I think one of the things I like about The Food Show is that for so long as you're there, most other things go away. It's just you and food, drink, and food-and-drink-relaed products. Oh, and thousands of other people trying to do the same thing. But an advantage of being of no fixed employment is that I can go on Preview Day, when the crowd is less intense. This year, I went with my dear friend Paul, who is of a similar career disposition.

Paul might be a lactose-intolerant recovering alcoholic -- tricky, you'd think, in a hangar full cheese and booze -- but he is excellent company at times like these, because he can strike up a conversation with anyone. This suits me. I enjoy talking to the stallholders, because they often have something interesting to say, and because I figure it's nice for them to have a chat.

In that vein, I was delighted to see Noel Crawford from Aromatics up from the Hawke's Bay for the first time in a couple of years. Noel's a longtime Hard News reader and a Media3 viewer. He also makes some delicious sauces (I bought the Black Olive and Tomato Ketchup), and smoked mushrooms that are to die for: 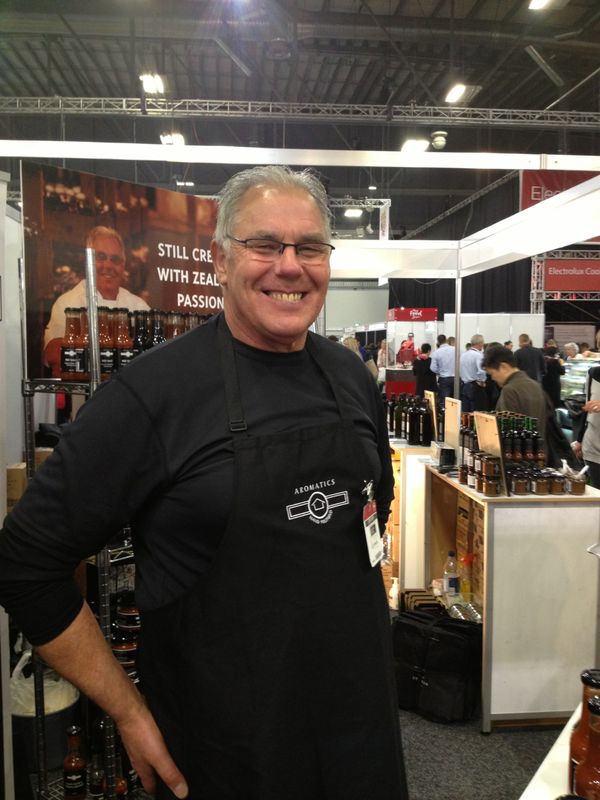 As we approached the Culley's stand, always one of my favourite stops, I was thinking "these buggers had better be making the Vietnamese chilli again," because they haven't had any for, like, a year. And lo! They are! 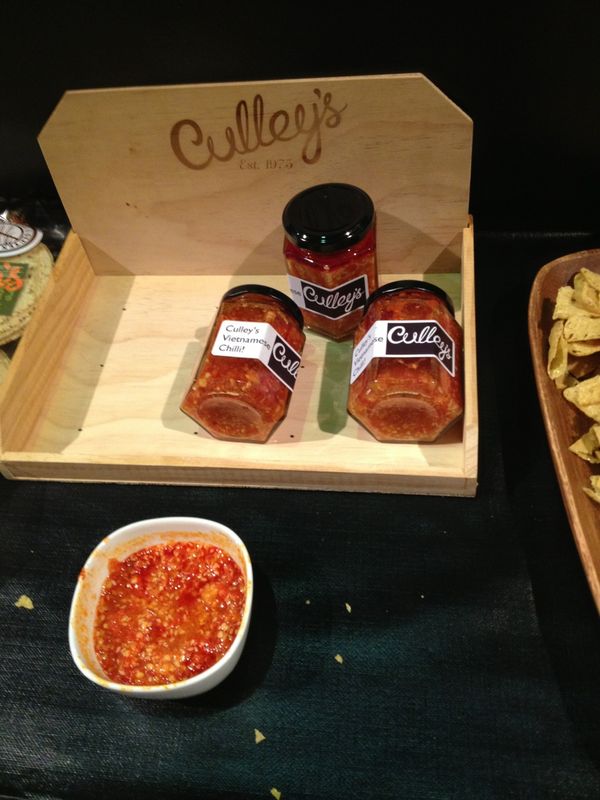 I bought two for $10. I like Culley's products in general, but I think this one sets them apart a bit from the crowd of chilli-mongers. It's salty and slightly sweet, and the new recipe is a little hotter and includes sesame seeds. I adore it on a chunk of wholegrain bread with peanut butter. (I adore it less when I accidentally get it on my keyboard, as I have just done. Whoops.)

My palate was also caused to tingle by the organic pulled-pork taco I purchased from Sarah and Otis Frzzell's Lucky Taco truck. It was hot and tangy and awesome. I want to do an event where Otis and Sarah can sell their gorgeous food. 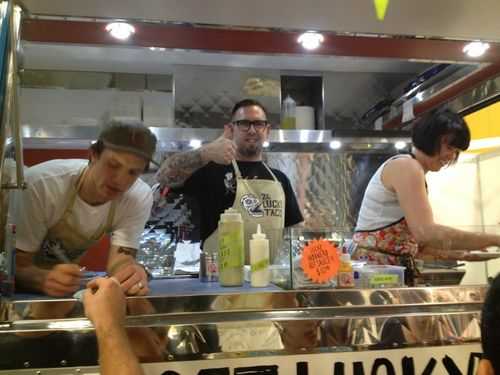 Similarly zesty, the cured meats of Salash Delicatessen, a family operation who have a regular stall at La Cigale. Their spicy sausages look and taste amazing -- and they're also amazingly pure. You really can make this food without nitrates: 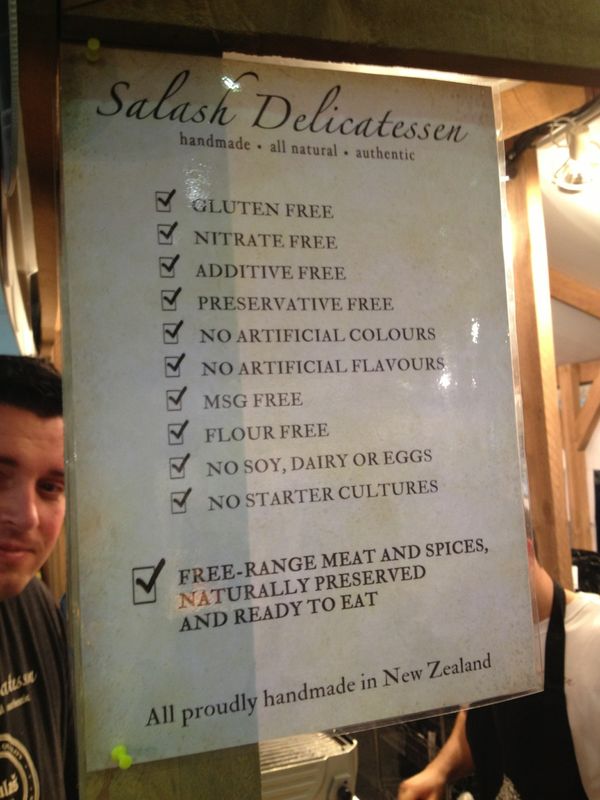 After all that chilli, I needed a quenching ale and (don't get me started) it was nice to find some craft beer that wasn't an 8% hop-monster. I thought the sparkling ale (4.5%) from Hamilton's Good George brewery was a remarkably refreshing session beer: 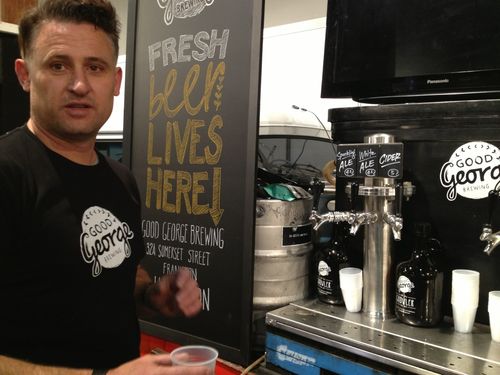 Also big this year: gin. But one of the local gin-makers really needs to get it on with Empire Tonic, who have quite a product on their hands: 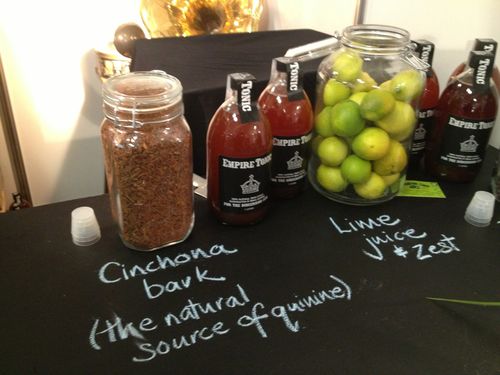 I've tasted the Ringawera lavash bread from Waiheke Island before, but it seemed to me this year that they've taken it up a notch. Lavash -- a foreign word for "expensive crackers", I gather -- can be be a bit indifferent if it's not good, but this was delightful: 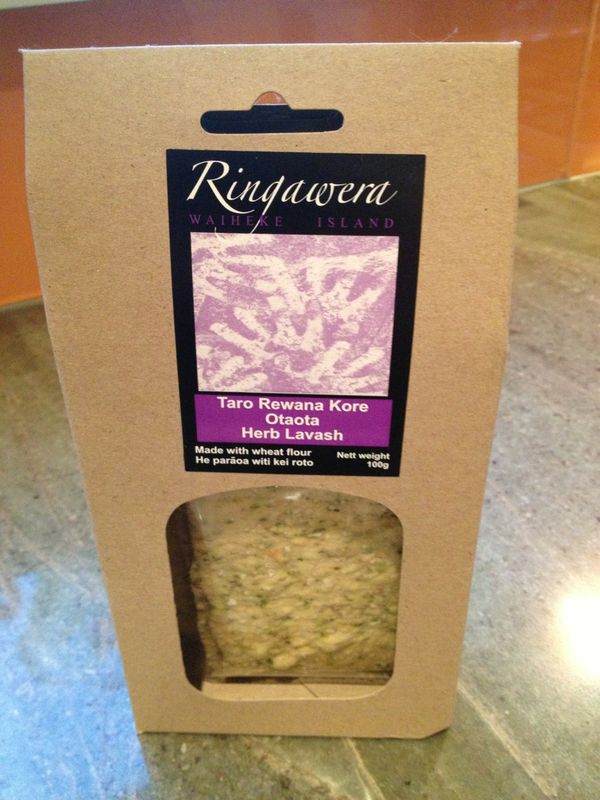 One commercial trend I noted this year: new products that have already been scooped up as exclusives by Countdown. At one end of the scale, there was Mr Beak's new sausage range, including some delicious (but not, sadly, free range) chicken sausages. At the other, a big new Sunrice range, which was racked at the show but can't actually be sold until next month: 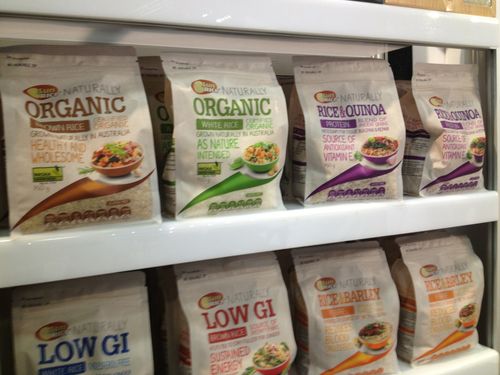 It also includes pre-cooked single-serve microwave packs, which I find handy. We also had a chat to the man about quite how much rice Sunrice grows in Australia, which seems to run to several million metric Australian fucktonnes. Roughly.

Bargains of the show? I thought Warkworth's The Farm Butchery had a pretty good deal with $10 trays of organic diced beef, mince and sausages.

And the oddly-named Blue Coconut had one-litre pottles of coconut oil for $15. For coconut oil, this is extremely cheap: 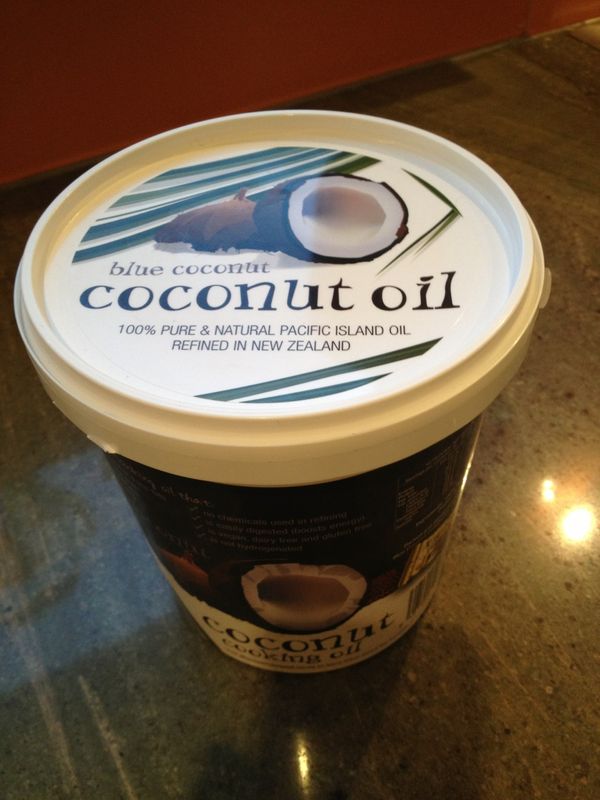 But probably my favourite amongst the deals was the $10 bag from Euro Dell: about $15 worth of Mutti tomato products in a really nice reusable cloth bag. Also note: new branding for Mutti: 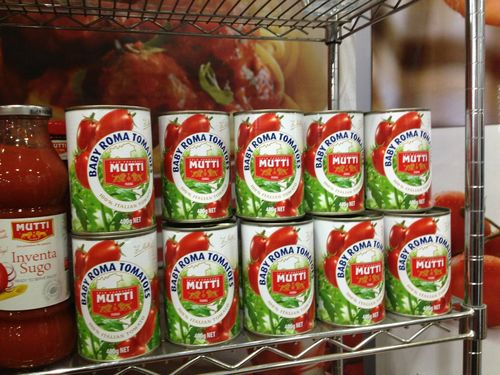 And, to conclude, a special mention. The foreign-government trade stands can be a bit sad at the show, but there was a notable exception this year. The Consulate of the Republic of Korea booth was a busy, jolly place every time we passed. Like the posters said, a bit of a K-Party. And no wonder: the beef bulgogi and vermicelli they were firing out on small plates was fantastic.

Even better, as we were leaving, the young woman in this photo cut Paul and I a deal on some takeaways. All other countries, take note. 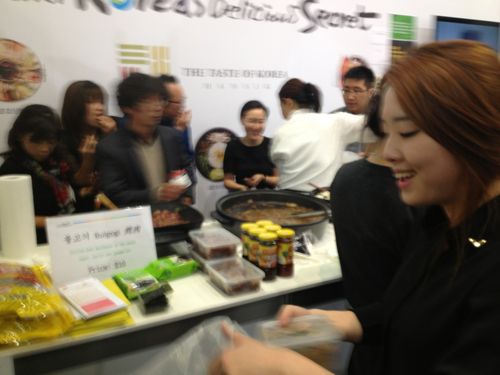