There are many ways to illustrate Auckland: houses and dollar signs, motorways full of traffic, the irrelevant and unreal adventures of its "real" housewives and bogus bachelors on television. I prefer to take visiting friends to Avondale Markets on a Sunday morning, to shop for old books and bok choi.

I wasn't born in this city, but I feel at home when I'm standing shoulder-to-shoulder with Chinese matrons, eyeballing each chilli or tomato before either dropping it in the bag or flicking it back contemptuously to the pile. I learned from watching them that it was okay to do this.

It's an example of the way food provides for commonality in modern Auckland – not in the banal "thanks for all the takeaways" sense, but where we're sharing practices. And so, in a different way, is the annual Auckland International Cultural Festival at Mt Roskill's War Memorial Park, where there is food and dancing.

Mum happened to be in town during the festival weekend a couple of years ago, so I took her along. She lives  in a retirement village on the Kapiti coast and I wasn't quite sure what she'd make of all this diversity. She loved it – it was a world she literally had not seen.

This year's festival took place on Sunday, when it was warm and occasionally sunny. It seemed bigger and brighter than ever and nearly everyone was smiling. And I enjoyed being in a space where, as an Aucklander of European heritage, I wasn't part of a majority (although probably still a plurality). But more than that, there's something grounding about people looking different but doing the same things. Like, for example, dancing:

As Vaughn Davis noted in his post on Monday, Auckland isn't a racial or social paradise, however much we might like that idea. But Sunday was a happy time and I only wish I'd stayed longer, taken more photographs, eaten more food and and locked up my bike and danced. If you have images from the day, do feel free to share them here – just use the "upload file" button by the comment box. You'll need to have typed something in the box for it to work, and 500k to 1MB is a good size. 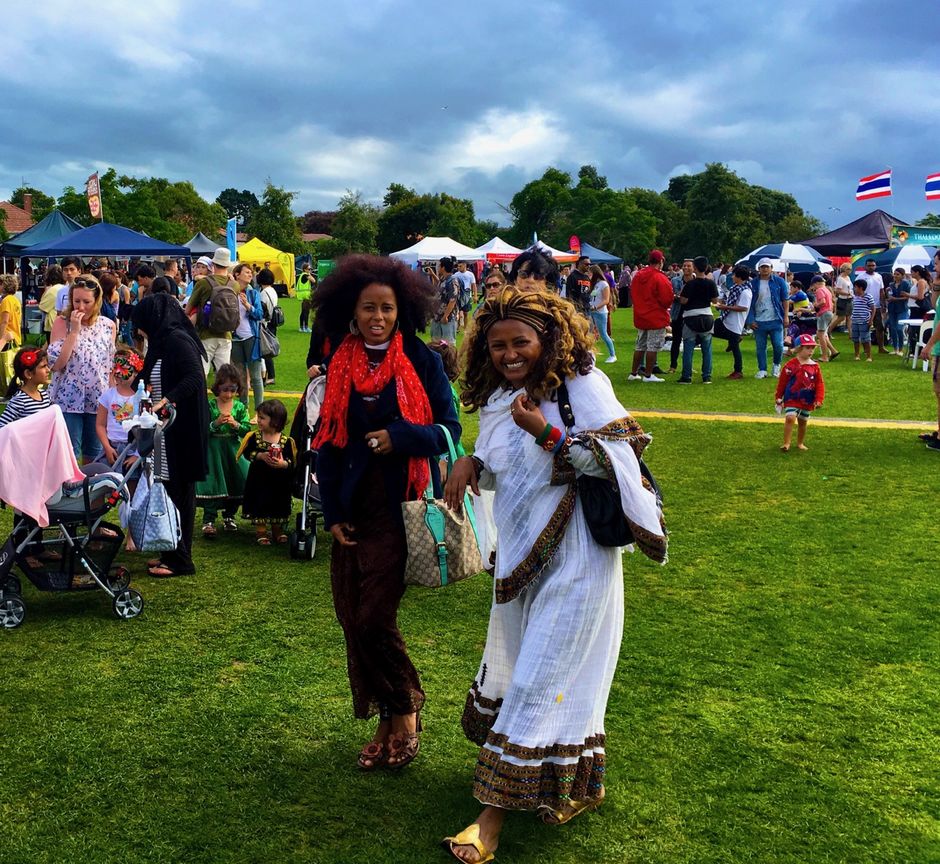 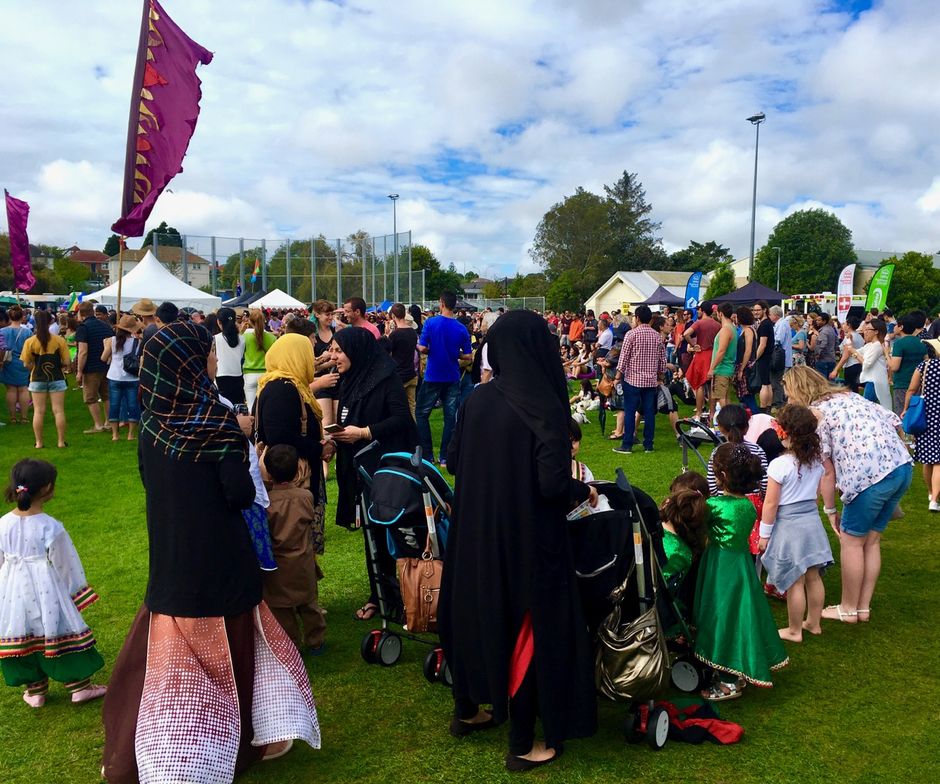 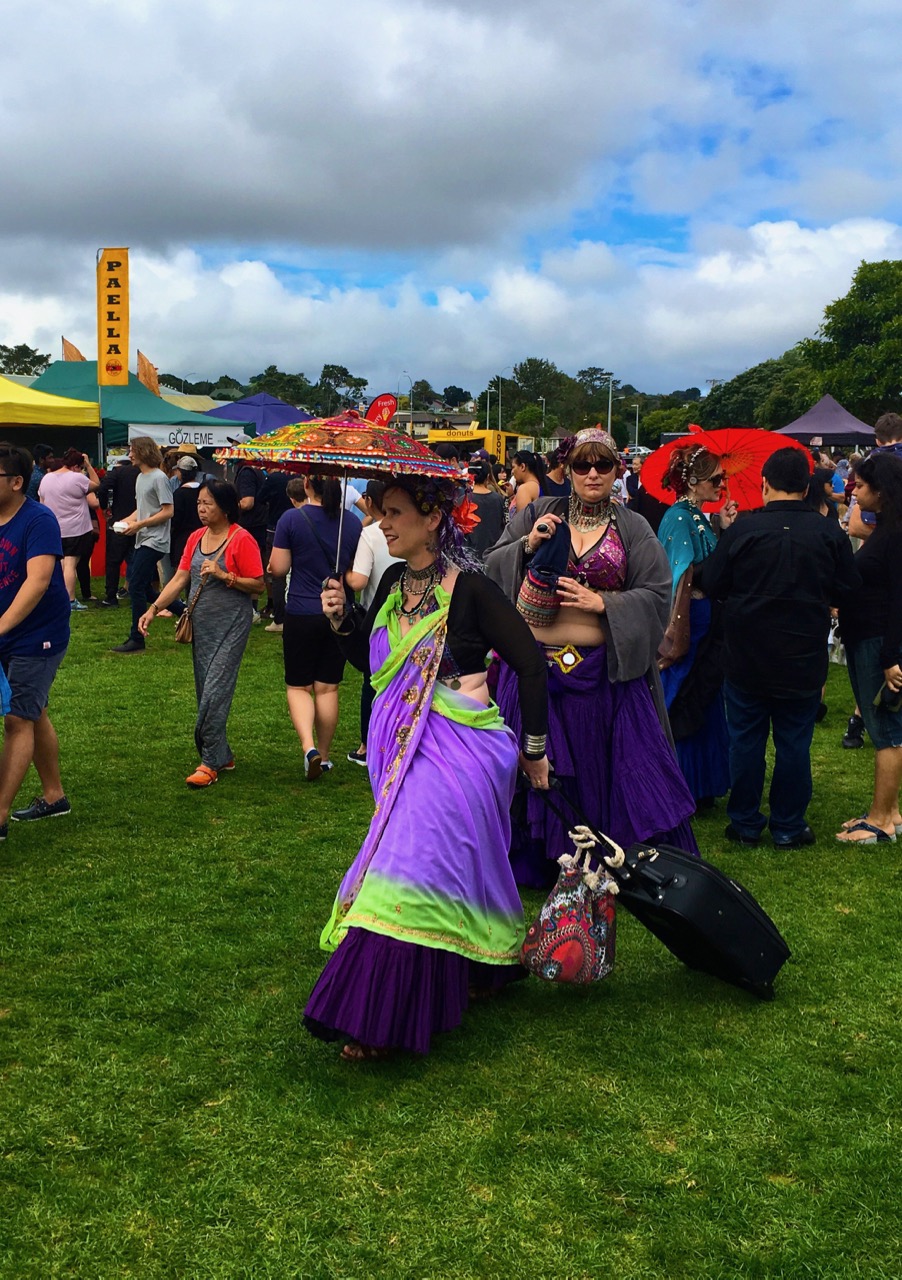 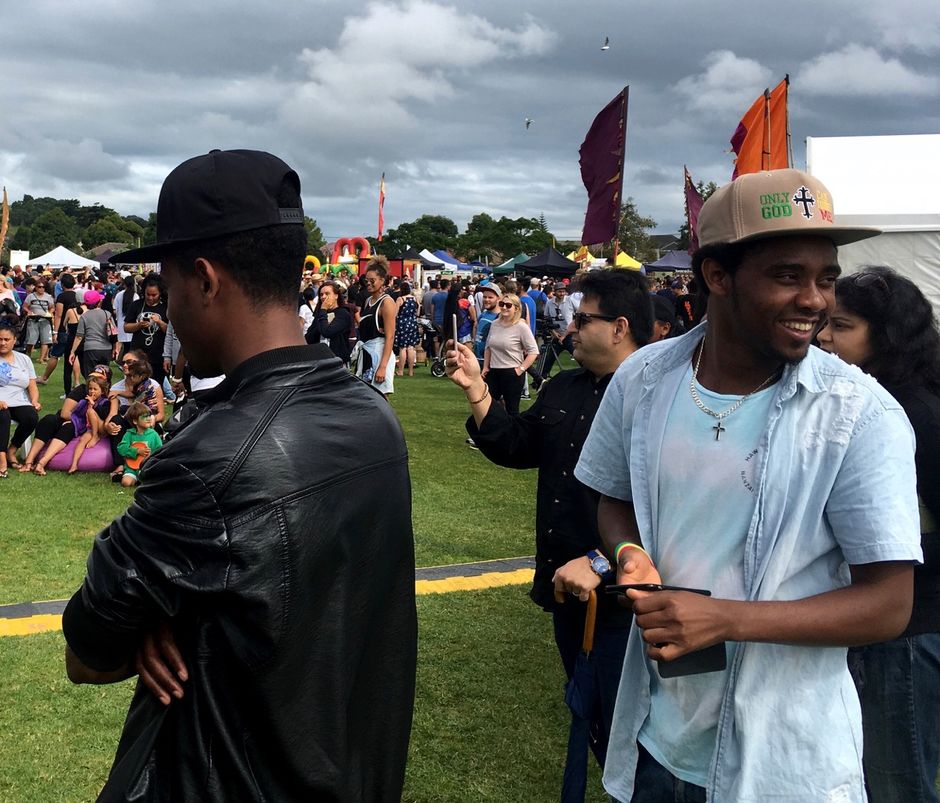 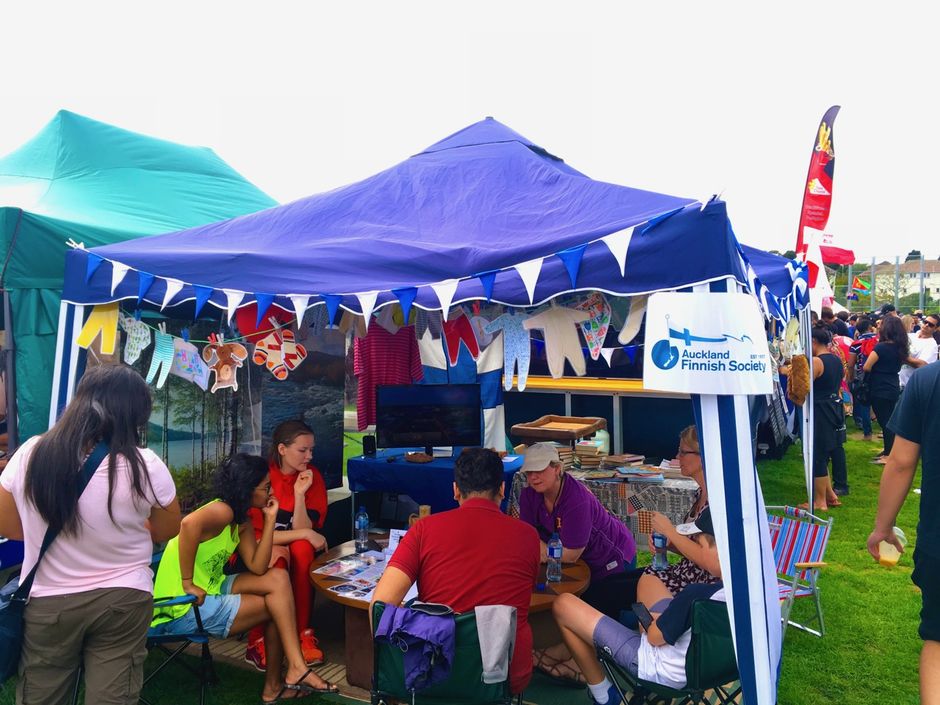 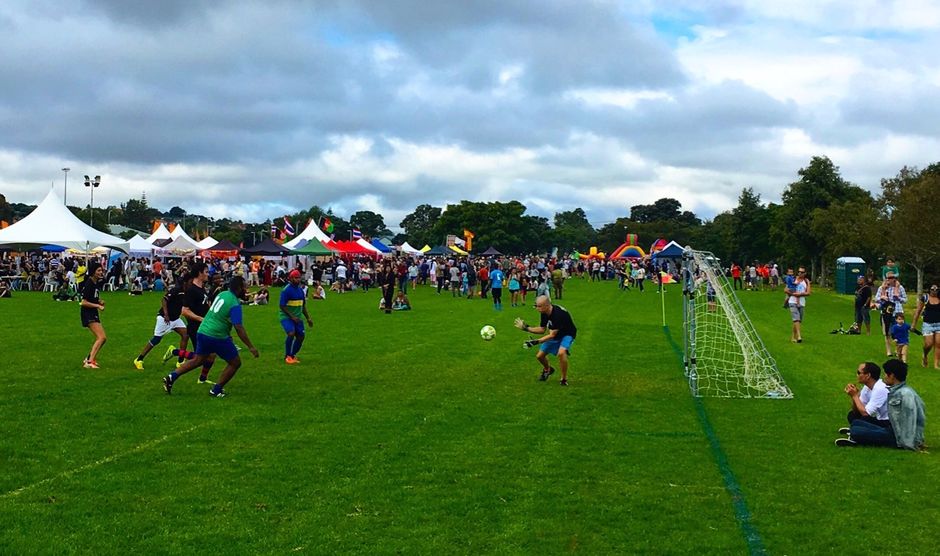 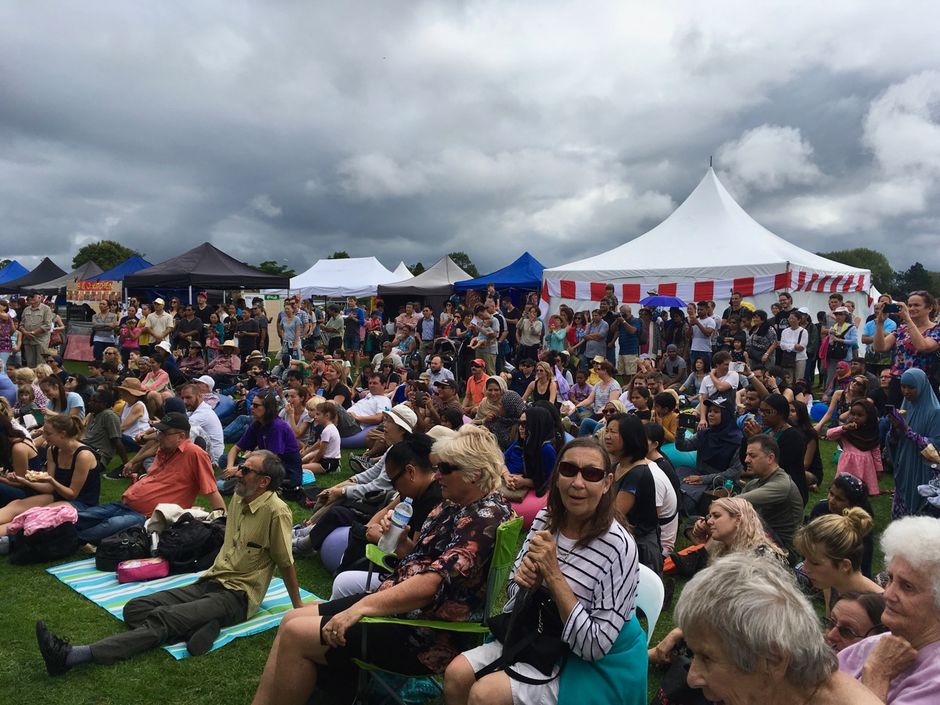 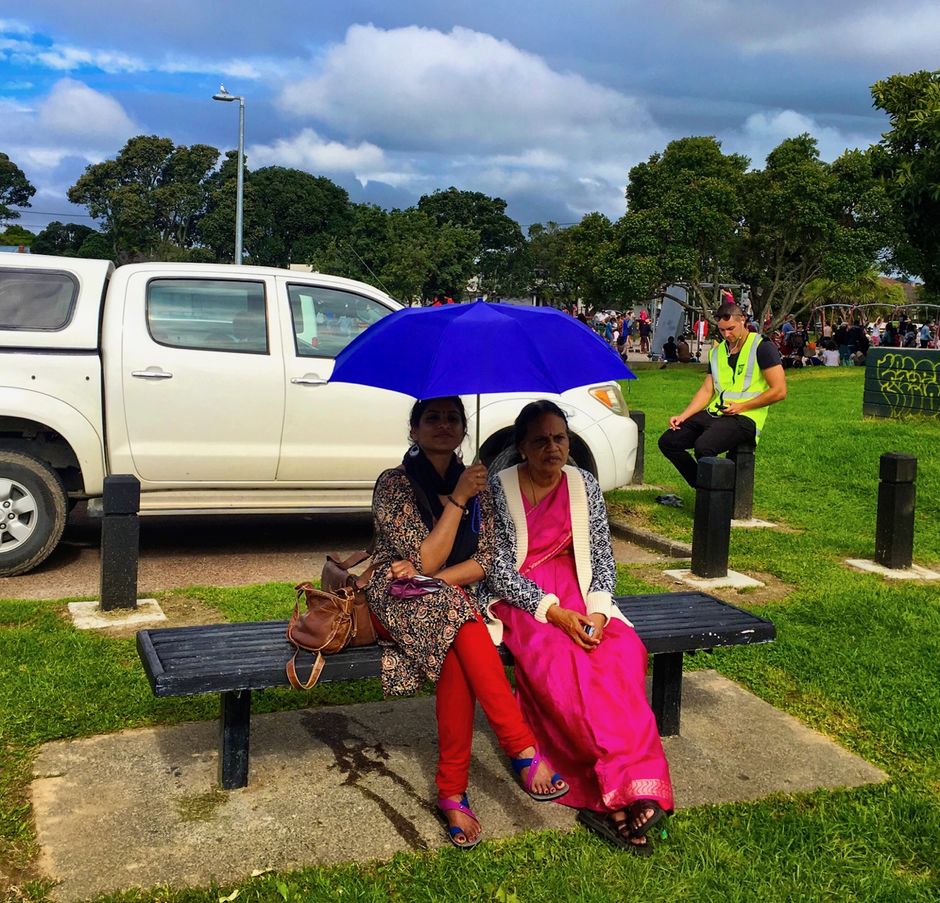