I have a very busy couple of weeks ahead, and so many things to think about I'm going to find it hard to write regular blog posts. I'm sure the rest of the crew will have something for you -- and I'll also be open to guest posts that I don't have to do to much work on (Word docs are fine; highly-formatted Word docs with tabs and pictures and stuff are a pain).

But I'll also dip into the archive of my former column in Red Bulletin magazine, a paycheque I greatly miss. The following was written late last year, the motel was in Christchurch, and the thoughtful friend was, of course, Ian Dalziel.

The photos below are cropped from the one I took in the motel room, so they're a bit shit. I'll try and take better ones if I get the time.

"There's a package for you," said the motel owner after I'd checked in. "Someone dropped it off yesterday."

I knew what it was. But I still wasn't quite ready for the thrill of opening it a few minutes later in my room.

On one level, it was just some old magazines. On another, it was a part of my life I'd almost forgotten. The package, from a thoughtful friend,  contained six copies each of issues five and six of Planet, the street mag I once edited -- as fresh as when they rolled off the presses twenty-odd years ago. I could even smell the ink on them.

They held a chronicle of early-90s Auckland, a place both mired in recession and sprouting from the rubble.

"It's the people running small ventures in the face of doom -- shops, clubs, cafes, theatre companies and, yes, magazines like Planet, who are taking all the risks," I wrote in the editorial for issue five, "while the big boys concentrate on their sinking lids.

Auckland was in the process of a cultural transformation whose story has still not been properly told. Rents were cheap in the inner city, and they lured bohemians, baristas and -- most transformative of all -- the children of an earlier generation of immigrants from the Pacific. The town was full of young, brown faces and we captured them in the mag.

The ads tell their own stories. I struggle to comprehend the economics of the full-page advertisement we created for the long-gone restaurant Guadalupe, a few hundred metres up Karangahape Road from the Planet office. It's a recreation of The Last Supper, with the disciples played by musicians, an artist, a dance party promoter. A double-page ad catches the Headless Chickens, Upper Hutt Posse and NRA  on the steps of Auckland Museum, in their Airwalk shoes.

Just as remarkable are the ads we made for corporate brands. I can't imagine that now the likes of Sony would let our wayward creative director paste up those elegant full-page ads as the fancy took him. These days, there'd be an agency for that. We'd have the same campaigns as everyone else, or nothing.

And the kind of small businesses who took out ads -- retail, hospitality, fashion -- these days reach their customers directly. In 2012, Guadalupe would pay for a website and search-engine optimisation, and do Twitter and Facebook and a diner database. The days of high-concept advertising shoots full of hip kids from the street are long, long gone.

I didn't even need to open the magazines, just hold them in my hands, to grasp another fact about them: they were big. Madly, beautifully large. I can hardly believe we printed 5000 of those things, at A3 size, and then expected our distributor and the retailers to carry them. We lasted two issues under my editorship before bowing to Whitcoulls' edict that they would no longer appear on the shelves unless we brought the mag down to a more manageable slightly-bigger-than-foolscap format.

Planet was part of a generation of similar magazines -- Pavement, Stamp and Pulp among them -- and although our finances were rarely other than a disaster, I like to think we pretty much created the market.

They're all gone now. But they have their successors. I recently got along to the launch of VanguardRed magazine -- fittingly, at a party on K Road. Many of the same characteristics are in place -- including the role of immigrant vigour. The star of the party, Wellington performer Estere, has roots in Cameroon. (See also the rappers Loui the Zu and Raiza Biza, from Zimbabwe and Rwanda respectively.)

VanguardRed isn't printed at all -- it's an app. Where we plundered the possibilities of the Apple Macintosh, its creators have leapt on Mag+, a plug-in for the InDesign publishing software suite that bends print layouts into a format for iPad and iPhone screens. They can do things we never could: incorporating video and music, making layers that slide over each other.

In the year that Newsweek and Gourmet have ended their lives as print publications, this is undoubtedly the future of magazines. Each new issue of a digital mag isn't just a point in time, but a living, connected work, one available anywhere on the globe. It's exciting.

But there's an irony. Back in the day, we could at least aspire to making money. VanguardRed comes without a cover price or paid advertising. For the time being, it really only makes sense to be free.

And there's one more thing not even Newsweek can do now -- break the screen. As mad as our giant A3 street mags were, we had the glorious choice to make them. But no tool can make a phone screen bigger, or feel different.

There's a nice article in VanguardRed about the tactile virtues of vinyl records. When I can hold my old A3 mags in my hands, feel their different textures, smell the ink, I think, yes … this is my vinyl. Bring on the revival. 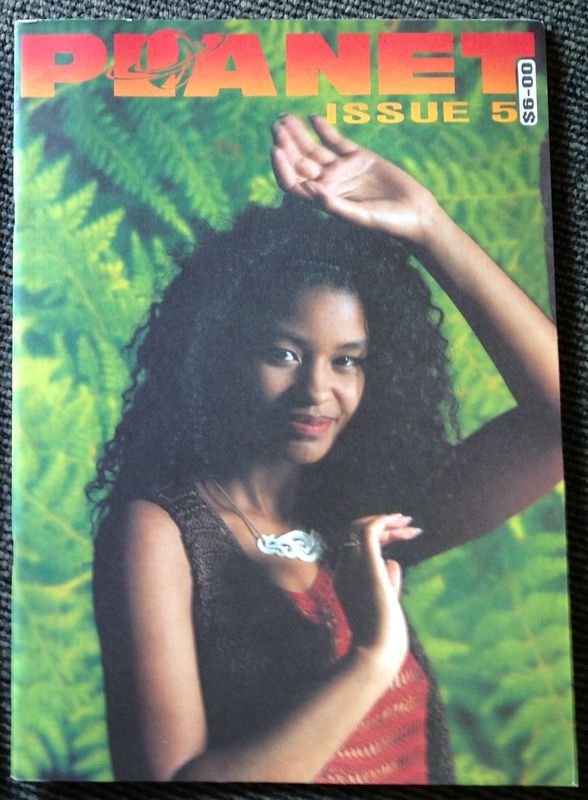 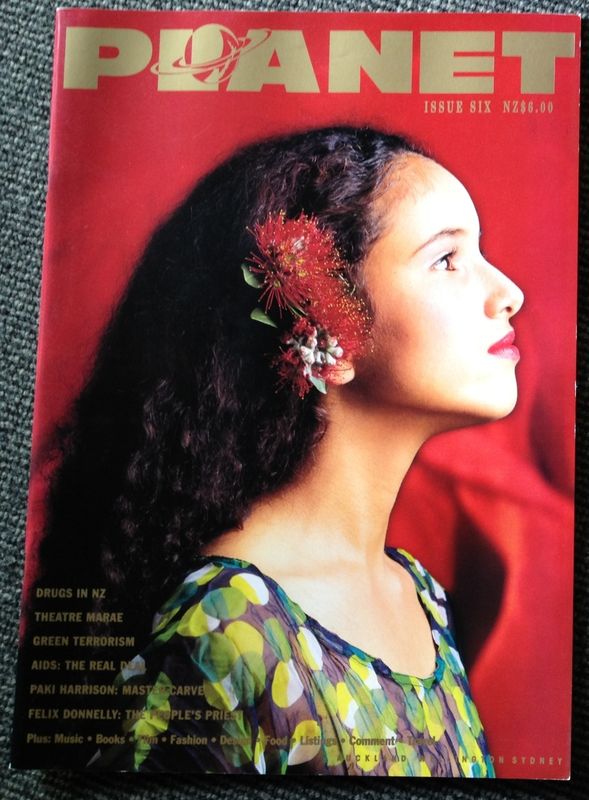