The nice thing about having a major music festival take place in your backyard is that it's easy to keep tabs on preparations. I've been swinging by Western Springs park and stadium on my bike forthe past week, and today happened to catch Big Day Out promoter Campbell Smith at the gate. He handed me a hi-vis vest and I rode around inside the stadium for a while.

It was fascinating. While there was literally a book by which to stage the Auckland Big Day Out at its old home at Mount Smart Stadium, the Springs is new -- and it's hard not to be impressed by the scale of the work.

The stages are bigger (the second stages especially), the site is bigger and has been improved, and the conditions in the event's five- year resource consent reach as far over as Point Chevalier Road, where parking will be restricted to provide space for a fleet of free buses. They always told everyone to use public transport to get to and from the Big Day Out, but this time it actually looks like it might be the best option.

Like other residents of the Chev, we received a five-page information pack including a letter from Campbell which gave his work phone number for further information. It's going to have quite an impact on the 'hood, but I expect that the one thing we won't be able to do at home is hear the music. Not only will the main stages be pointing the other way, so will the wind. Morning showers are expected to clear by noon, but there'll be a stiff southwesterly blowing. I suspect the Big Day Out will be audible not just in Grey Lynn, but in Ponsonby. And if you go, bring something warm to wear for the evening.

I'm going to be involved on the day, as one of the MCs for the Metro pop-up magazine sessions in the "cube" by the entrance lane. My session runs from 2.45pm to 3.15pm, which means I missed the Naked & Famous and SJD, but get away in time for Toro y Moi. I'll also be hosting the 9-11am morning-after show on 95bfm.

I've published a few pictures here and I'll add some more, including two panorama shots, in the comments. There's a lot to look at. 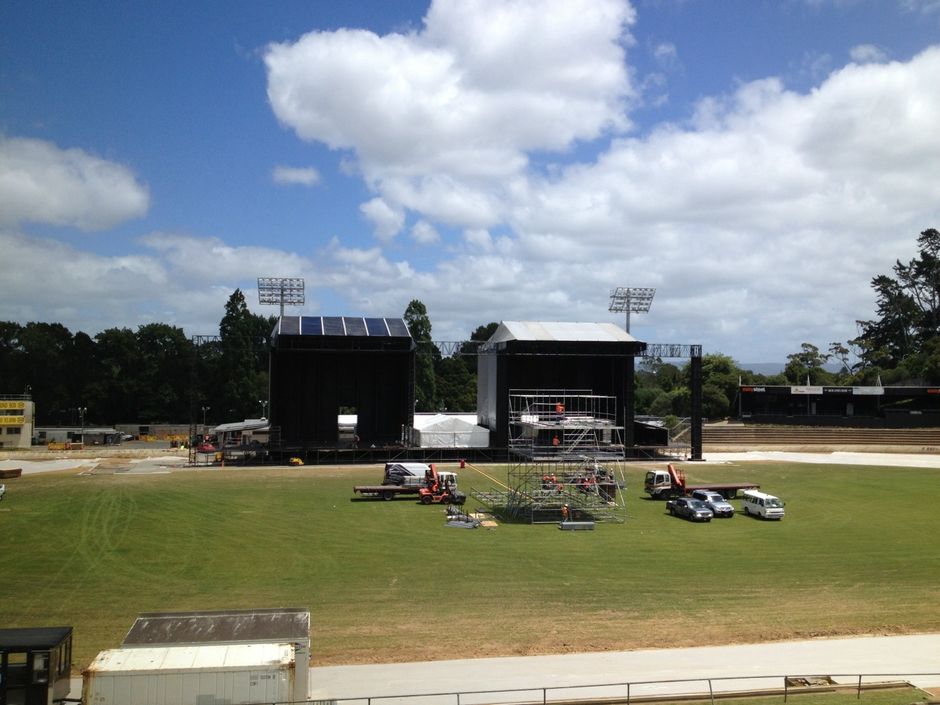 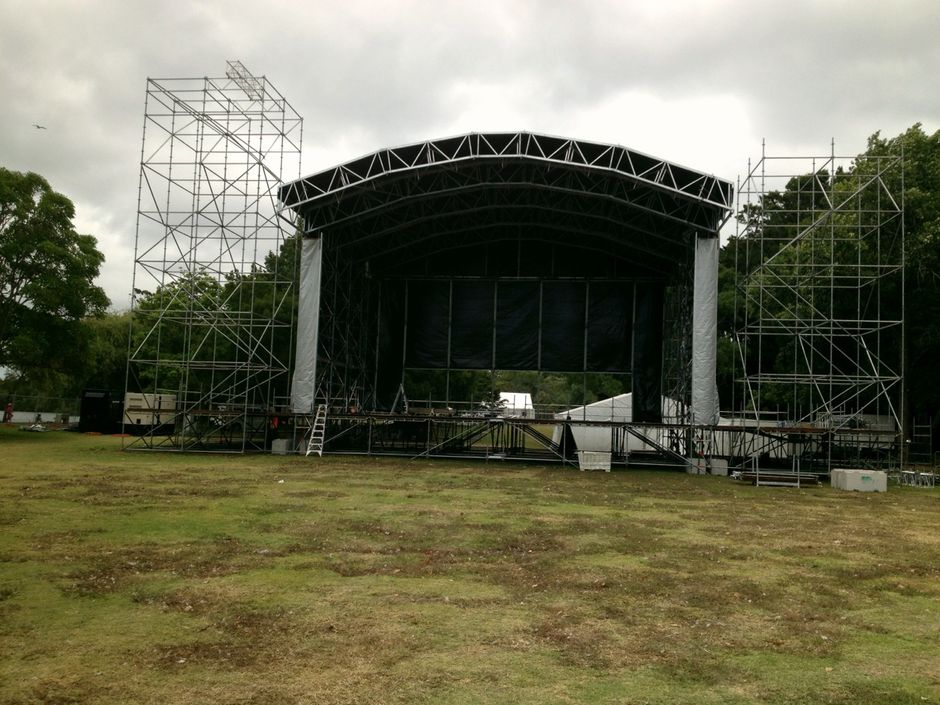 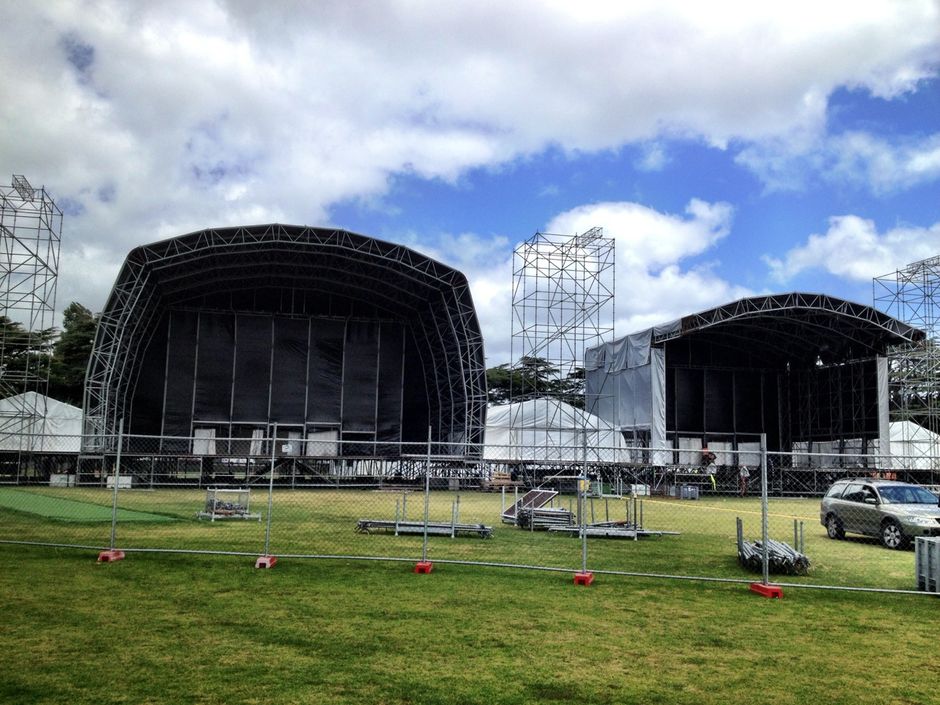 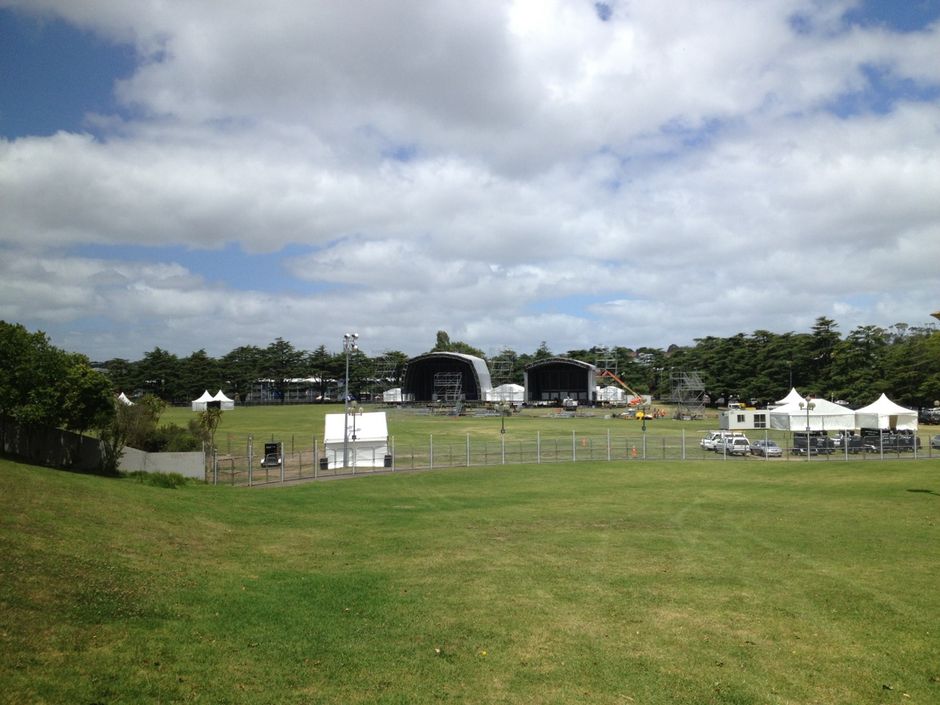 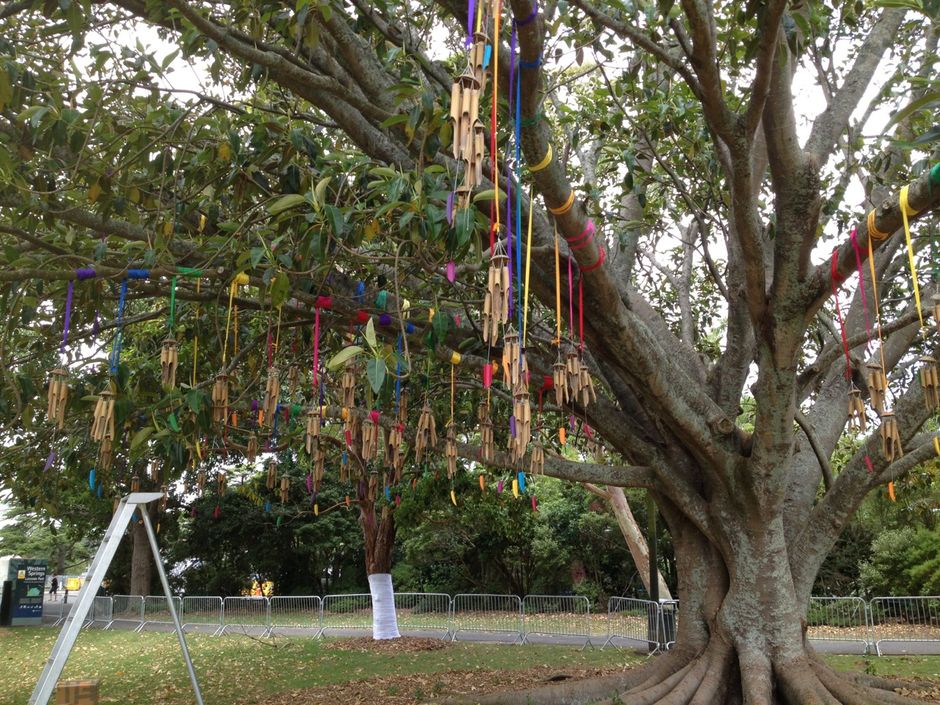 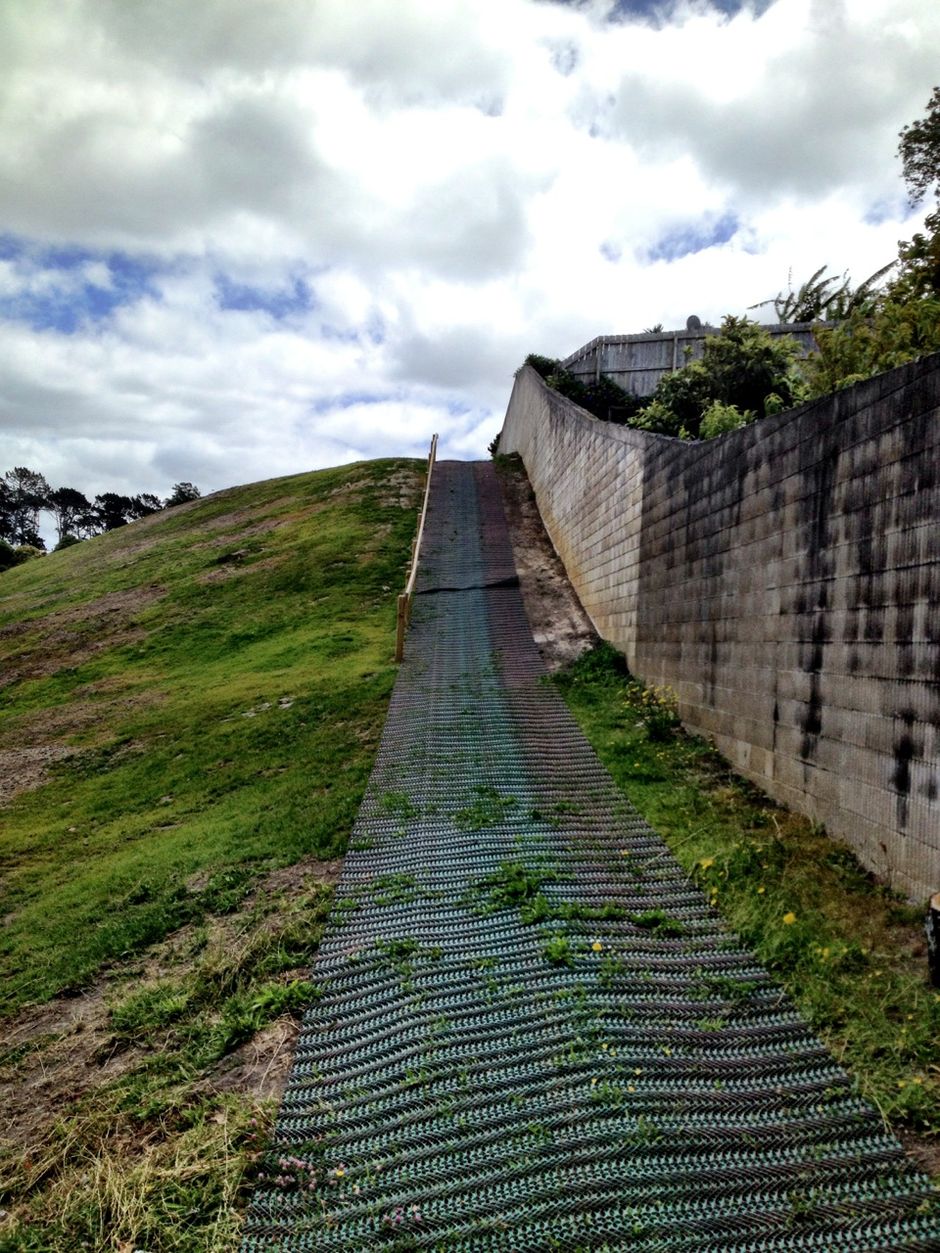 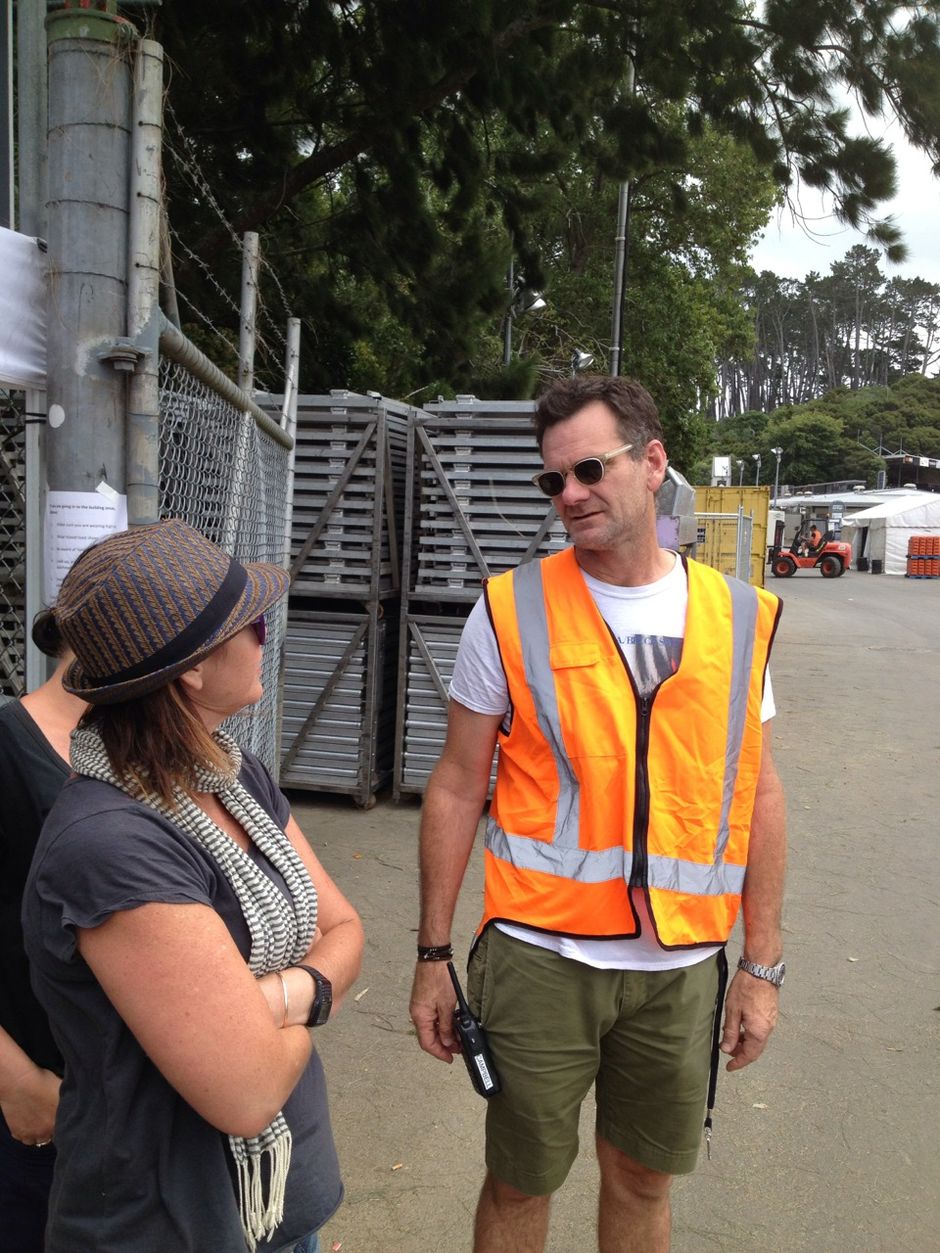