I spent a couple of hours at our local RSA on Saturday. It was well past the traditional solemnity of the morning, well into the drinking. The old fellows drank like soldiers and the soldiers, there in their uniforms, with their mates and families, bought each other rounds. The singing and dancing stopped at 6pm for The Ode, then started again. There was no trouble.

It was genuinely a traditional Anzac Day, in that it was a community commemoration. In the years that followed the first war, small towns saved up and built their own memorials and raised their own halls. It wasn't the stuff of Prime Ministers.

My friends got talking to an RSA office-holder down there last week, and that wasn't the stuff of Prime Ministers either. It was about the struggle to get support for former soldiers, the government's belated acknowledgement of the reality of PTSD and the need for the state to act on that acknowledgement.

The presence of servicemen, in their cups as they were, brought that home. I know a couple of career military officers, one a cousin, and they have a seriousness and a bearing that sets them apart. Whatever we think of war, for so long as we have soldiers, we have a duty to recognise what we ask them to be.

I came home and watched Sam Neill's documentary Anzac: Tides of Blood, on Maori Television. I'm not sure who else did – it's not showing up on the channel's on-demand most-watched – but if you have the time today, I would urge you to watch it here.

Neill's documentary is personal, nuanced and honest. It explains how we created the "Anzac myth" – why we had to create it – and how our understanding of it evolved over a hundred years, through the rancour of the 1970s to the reinvention of the 1980s, when Anzac services became a mass event and the talisman of modern politicians.

I watched nothing of the mainstream channels, but, not for the first time, I'm grateful to Maori Television. Earlier in the day, Ngā Rā o Hune - The Days of June told another story: that of the Waikato Maori who refused to fight for the empire that had robbed them of ther land and their mana.

During the day, too, there were things said on Twitter that defied the popular conception of that platform as a place of trivia. Luke Tipoki posted these:

Today most of my thoughts will be about my whanau who were shipped off to war. Especially my Grandad, WW2, and my 3 uncles, Vietnam.

He said that after that first one it got easier and by the end of the war he had killed more than 100 men.

This is what war does, it turned a quite, loving man from the hills of northern Hawkes Bay into a killing machine. #LestWeForget

He is currently losing his battle against Agent Orange induced liver cancer. The scars of war are many and varied, but always horrific

Re-reading my great grandfather's Gallipoli diary. He thought the whole thing was a colossal waste of lives, and people at home had no idea

My friend Danielle posted this:

My Anzac Day tweets in a handy one-tweet screenshot. War is hell. pic.twitter.com/BxK6tOaLg6

I went out for a long ride, and barely got around the corner before I encountered the local parade. 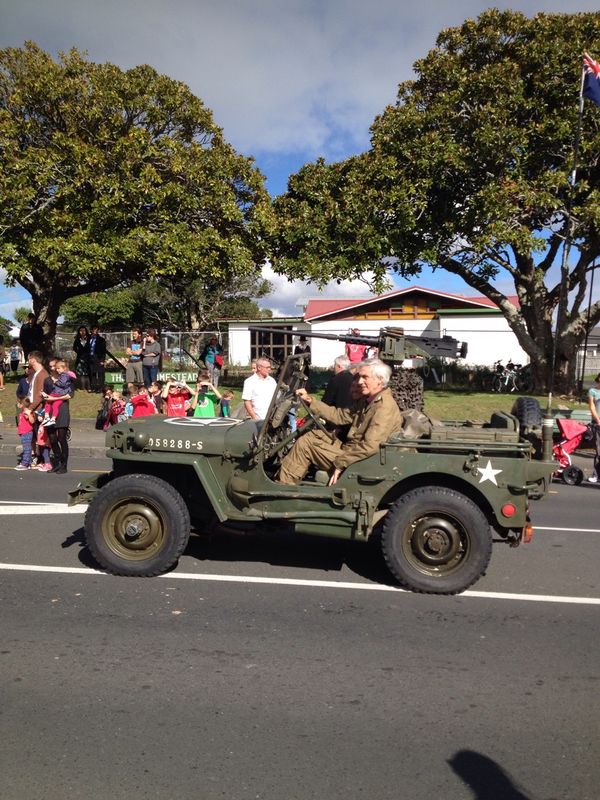 There was even a tank at the intersection. The kids liked it, it seemed okay.

By yesterday, there was the news that an Australian sports reporter had been sacked for insulting the memory of the men who supposedly fought in the first war for his freedom to speak. I will defer to the historian Geoff Lemon for a perspective on that. Over here, the clowns who run the Herald on Sunday's Spy section claimed their "tip line lit up" in response to the off-message Anzac thoughts of Lizzie Marvelly, who responded with a thoughtfulness and intelligence her witless accusers didn't really deserve.

And then, at the end of the Hurricanes' rugby match against the Reds in Brisbane, someone thought it appropriate to mark this time of loss with round of after round of machine-gun fire from an armoured vehicle. It seemed impossibly insensitive.

Far rather, for me, the solemnity then the singing and dancing at the RSA. Kia kaha. 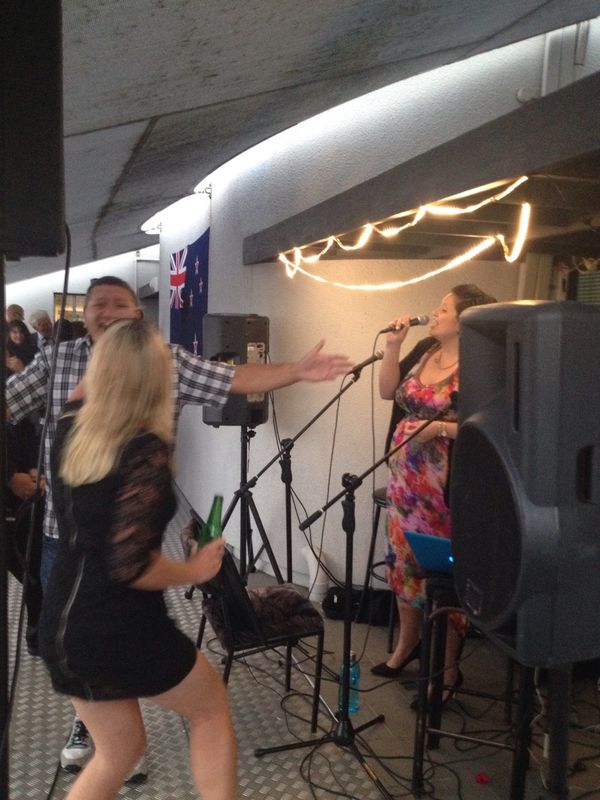