The first time I saw New Order was in 1985 at the Logan Campbell Centre. To be honest, my clearest memory of it is Paul McKessar's clever line about most of the instruments being played by "Mr C. Quencer" in his Rip It Up review, but like Capture's Jonathan Ganley in his recollection for the Herald of the more auspicious 1982 show at Mainstreet, I seem to recall a few associated hi-jinks.

The next time wasn't until theirheadline show at Glastonbury 1987, a loose, lovely laser-spangled affair that culminated with their cover of the Velvet Underground's 'Sister Ray'. I remember thinking at the time: "That's Sister Ray! But those aren't the words!"

Indeed. Joy Division had played a cover of the same song, but with Ian Curtis on vocals. And Barney hadn't quite got around the learning the lyrics. You can listen to it -- slightly hilarious in parts but also bloody great -- here:

And there's actual vision of 'Ceremony' too ...

It wasn't the most clinical show you've ever seen, but it was very Glastonbury. I wandered happy into the thriving night.

Two years later I saw them headline Reading Festival along with the Sugarcubes and the Pogues, but sadly my major memory of that is what a shithole Reading Festival is and what an utter pain it was getting back to London.

And then ... 2002 at the Big Day Out and a closing slot that was never intended to be, but for a last-minute scheduling switch after crowd problems earlier. Standing watching them in a dimmed, half-empty stadium was some kind of magic. The ripple of wonder through the crowd as they began 'Atmosphere' was really something. And, of course, Mr Jackson Perry was there with his recorder:

So, yep, I'm going to see New Order play at Vector Arena on February 27 -- downstairs for dancing, naturally -- and I'm really rather looking forward to it. And you can go too. I have a double pass to give away. Just click the email link below and put NEW ORDER as the subject line. I'll do the draw early next week.

Meanwhile, Mr Ganley has given me some pics from that famous 1982 show at Mainstreet. You can find some more on his excellent Point That Thing blog. 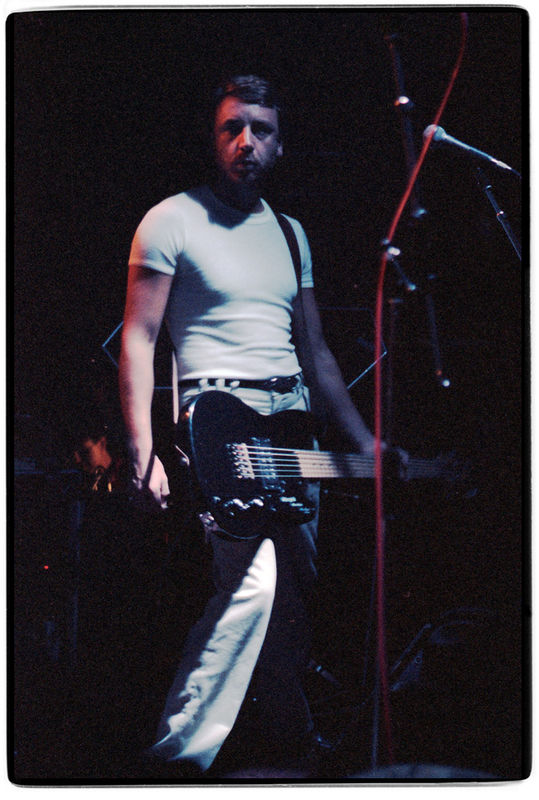 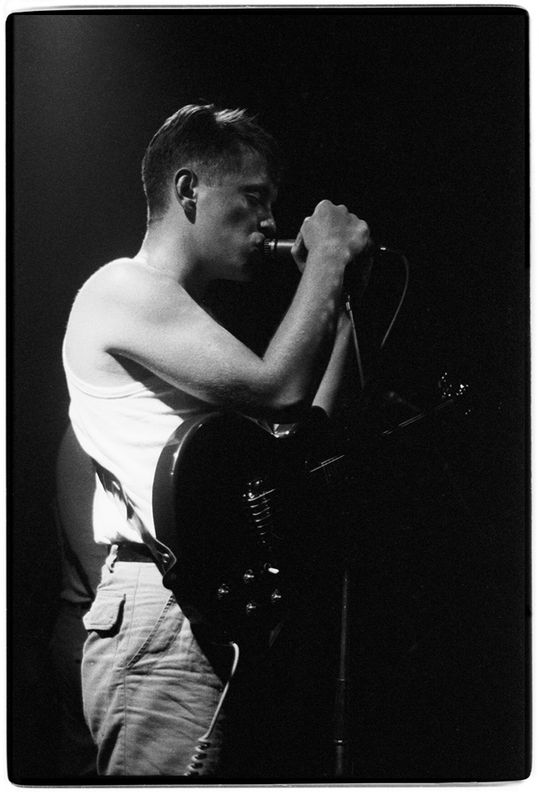 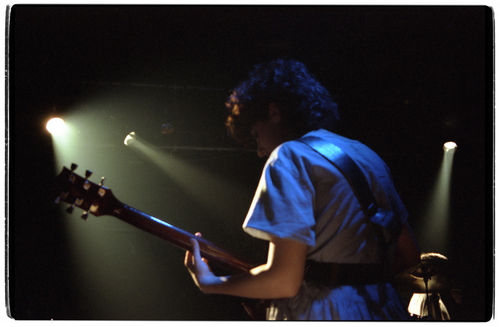