"Is American Samoa a country?"

"To be fair, so is Antarctica."

"But American Samoa has a flag. And it means I get to eat fish. I've been missing fish."

I'm not a geography major. But for the purpose of this project, American Samoa is totally a country. Largely due to the fact that I've eaten a lot of red meat lately. And I was planning to go fishing. That didn't end up happening, but by that point I had my heart set on fish. So American Samoa, it is.

I'm one of those people that has countless texture phobias when it comes to food. I can't stand eating bananas or peas. I have to add enough water to smoothies to get away from that too-thick-to-be-a-drink consistency.

I'm getting better though. Oysters are now a favourite which, to be fair, are right up the list of worst food textures around. 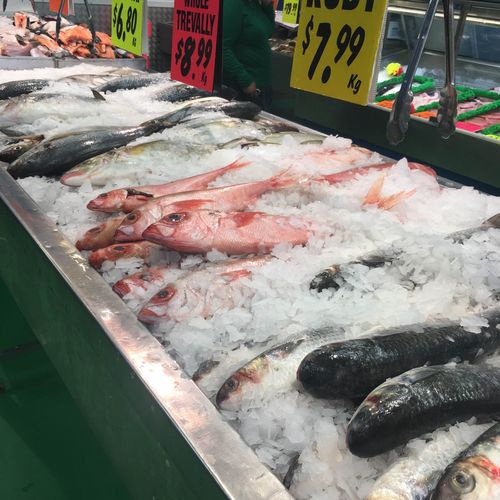 I'm a massive fan of ceviche, and when I first started re-learning to eat, it became one of my go-to safe foods. No cooking (added oils) to worry about, a bit of citrus and some salad. That's doable to someone who's trained themselves to be terrified of food. I've never tried the Polynesian version with coconut milk, however. For a long time, coconut milk wasn't something I could face. These days I love it. Yet another plus for American Samoa - I get to mix two of my favourite foods while trying something new.

Oka I'a seems to be one of those dishes that is so common, there's no real set recipe. After hunting through a few it seems to general rules are:

Any white fish will do, as long as it's fresh. 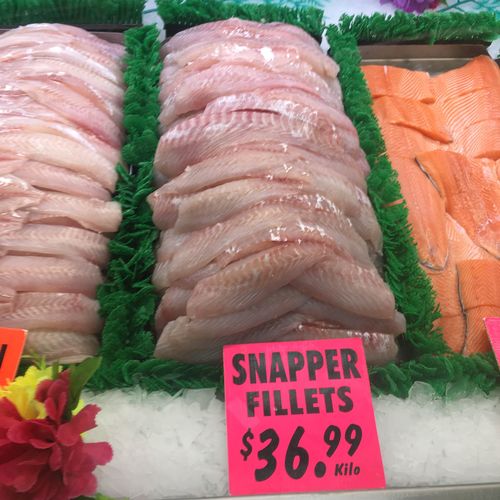 Chop and marinate in lime juice for anything between 1-100 minutes (depending entirely on how much you want the fish "cooked"). 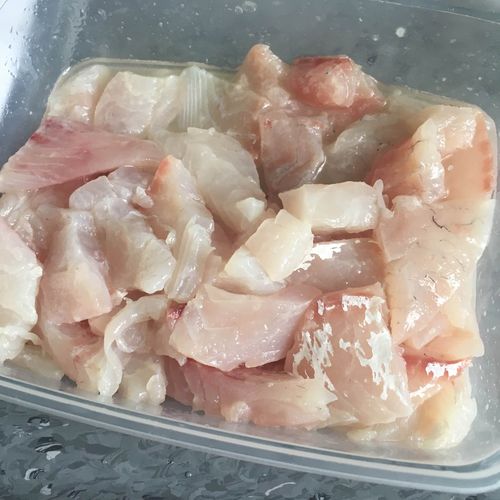 Drain and add whichever chopped raw vegetables you want (though cucumber and tomato are popular).

While life and tides got in the way of fishing, the woman at the local fish market promised the snapper had come in that morning.

I recall an ex-boyfriend teaching me the art of picking fresh fish. The more translucent the better, Always smell it. The less *fish* smell the better.

I think I did okay.

This week has also been a very anxious week food-wise. So I guess it's  pretty good timing that this week's country gives me a "safe food", while still incorporating something that a couple of years ago would have been an impossible risk.

Sometimes the steps forward are huge. Sometimes they're baby steps. As long as they're going in the right direction, though, right?

I went basic with the veges. Cucumber, tomato and red onion went in with the chopped and marinated fish. Seasoned with a bit of salt and parsley and the result was easily my favourite so far. Creamy and fresh, with crunch of the onion and still super light. Tastes like summer. 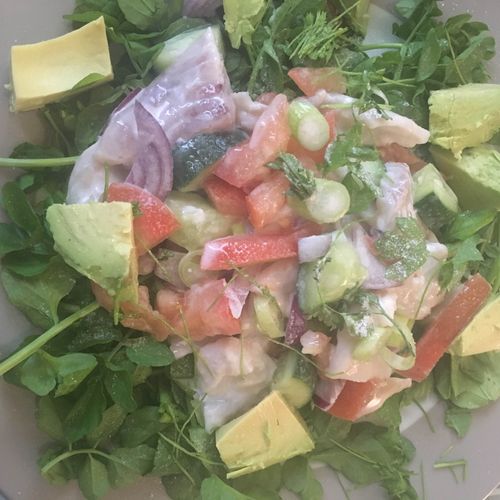 If raw fish texture freaks you out, this won't be a fun meal. But this is my new go-to combination.

So is American Samoa technically a country?

Based on what I've just eaten, I pretty much don't care. I'm calling it, for sure.